“Fear of the Dark” 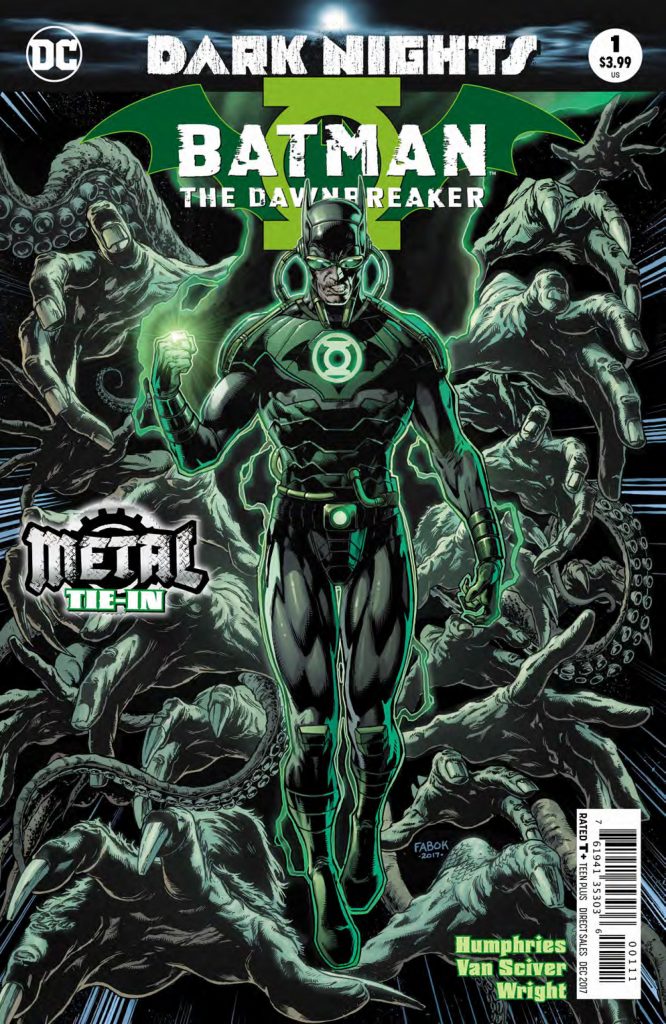 Metal is moving along quite nicely; maybe it’s because recent comic events have been sour, but DC is firing on all cylinders. Parts of the story have concluded with Gotham Resistance in Green Arrow #32 and other parts are continuing with our introduction to the next Dark Knight—The Dawn Breaker.

The Dawn Breaker #1 opens brilliantly—this Batman is telling his story after his Earth, Earth -32, was destroyed. He’s floating in space, with bits of Gotham floating around him. Because this Batman is part Green Lantern, on my initial read, I just assumed he was flying through space, as Lantern’s do. This one-shot improved with a second look—certain details become clearer. Like The Murder Machine #1, I love how this isn’t Batman merging with one of his teammates. The ring chooses him the night of Bruce’s parents murder.

A complaint Batman fans often have is his origin being retold with each new incarnation. Although mentioned in both the previous evil Batmen one-shots, this is the first to show it to us—and it works. We need to see Bruce loose his parents to understand with no fear and great power, he could turn to the darkness. With no time to grieve, but the same urge to start a war on crime, Bruce can’t find his moral compass.

Bruce still grows up to be a vigilante and conducting his war on crime, except he never becomes Batman—he is officially the Green Lantern of Earth. However, without his moral compass to direct him, he’s not a hero for long; more interested in killing criminals than locking them up in Arkham. Bruce doesn’t stand for the GCPD not respecting him either; it’s highly suggested he did something nefarious with Detective Bullock. There is a scene, that is worth not spoiling, that leads Bruce Wayne to do something you’d never think he’d do—orphan another child.

The story is doubling down on the strength of darkness over light. When the entire Green Lantern Corps appears in Gotham, they are unable to stop Bruce and his ‘blackout’ friends from the ring. He wipes out the entire fleet of Green Lanterns, but it doesn’t stop his feeling of being alone. He steps into the lantern and reemerges as The Dawn Breaker.

With darkness black, I choke the light!

No brightest day escapes my sight!

I turn the dawn to midnight!

Yet again, The Batman Who Laughs appears to recruit another evil Batmen, offering clues to what we may be expecting in the future of the Metal storyline. The remaining pages offer us the briefest scenes to date with the evil Batman and his Justice League equivalent, Green Lantern—whose ring malfunctions due to the darkness in The Dawn Breaker’s ring. 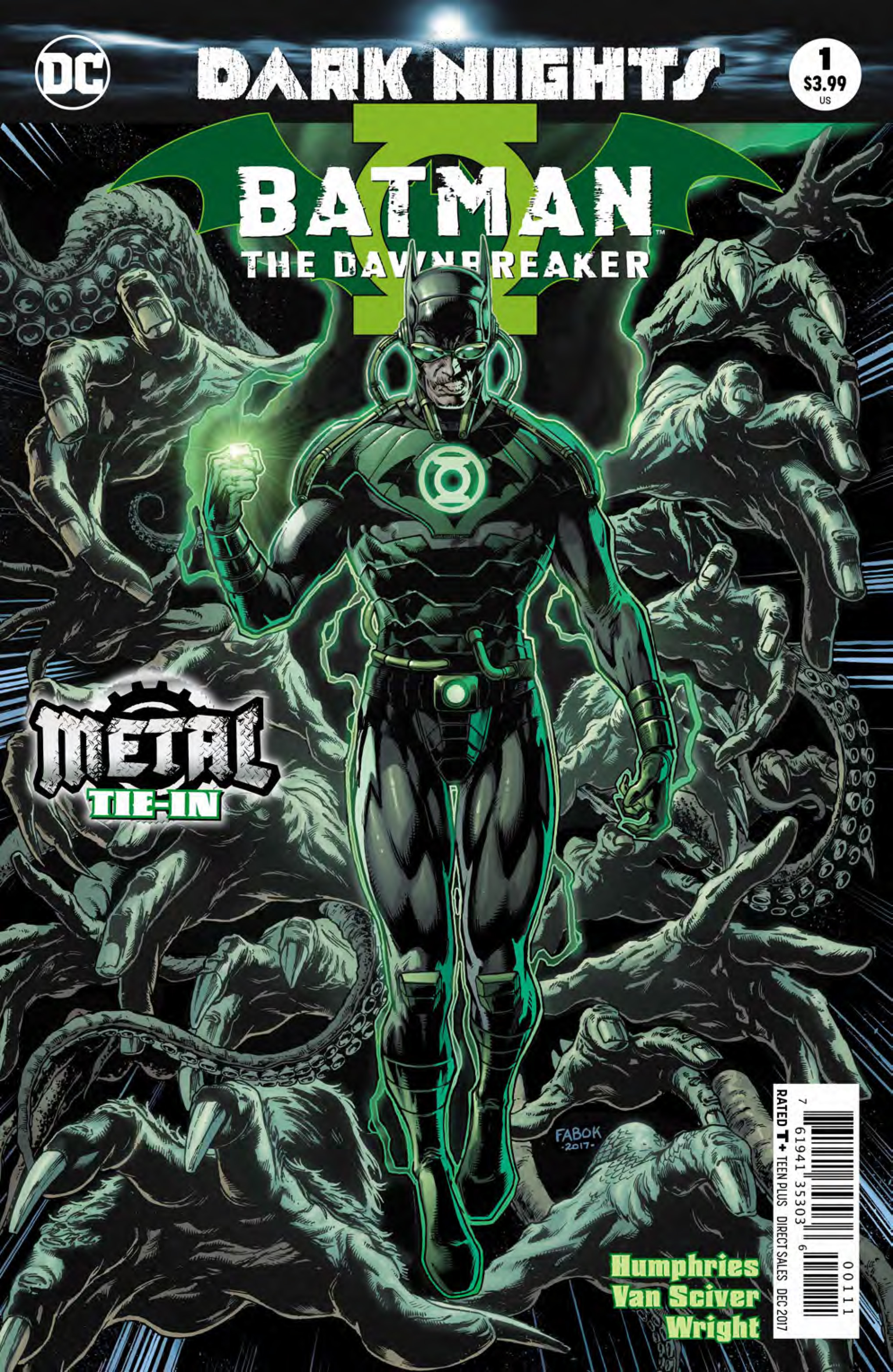 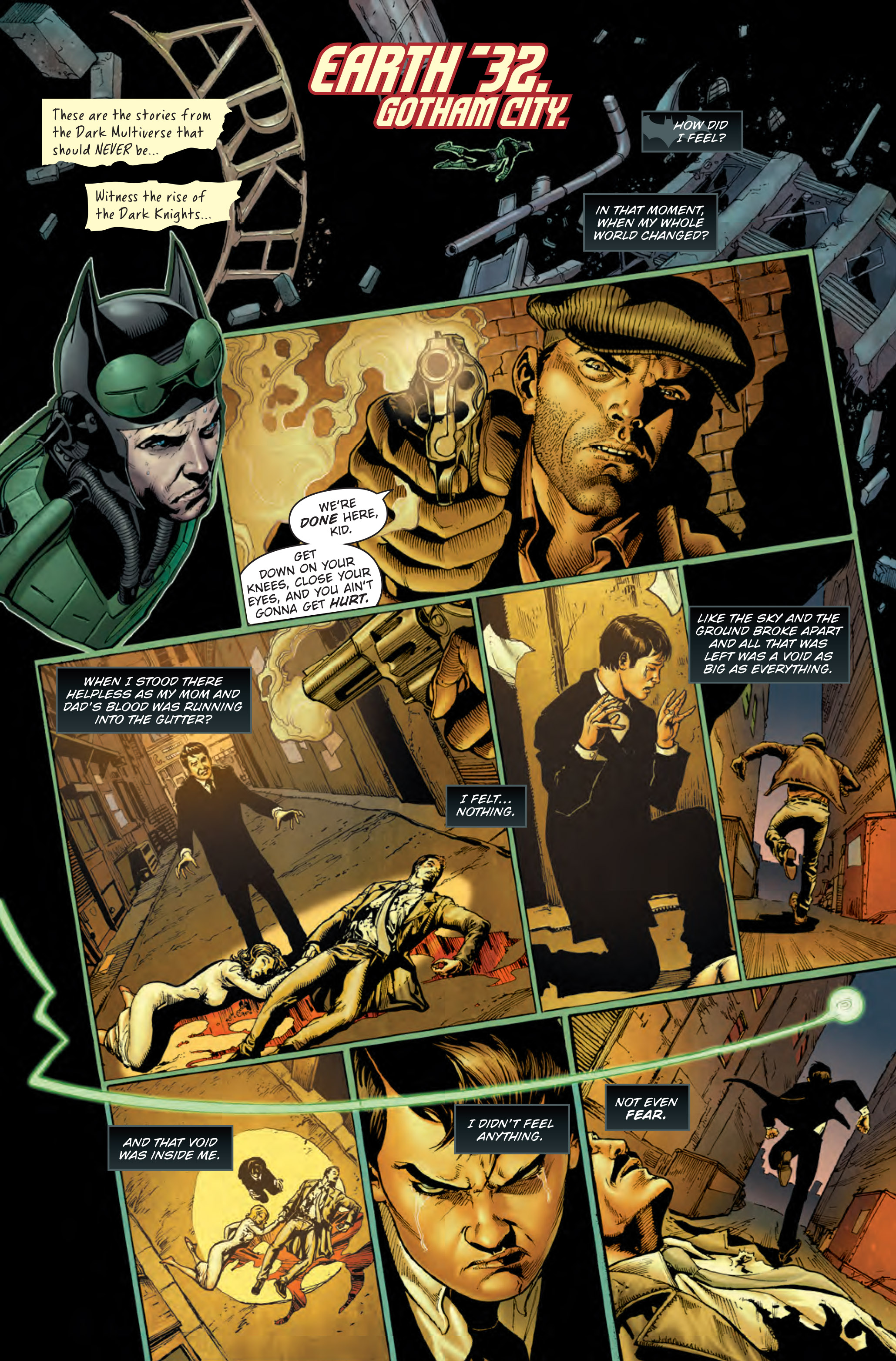 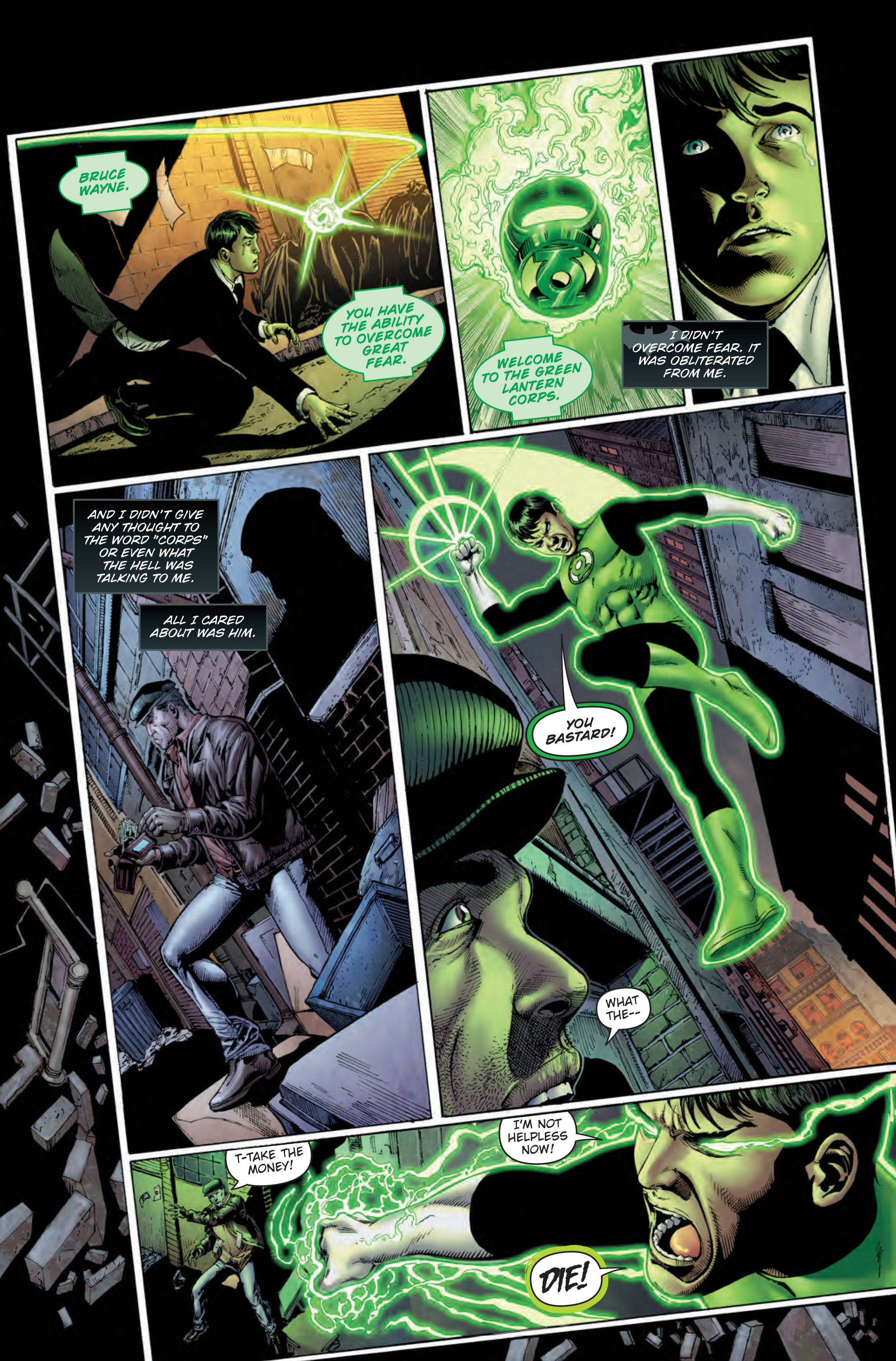 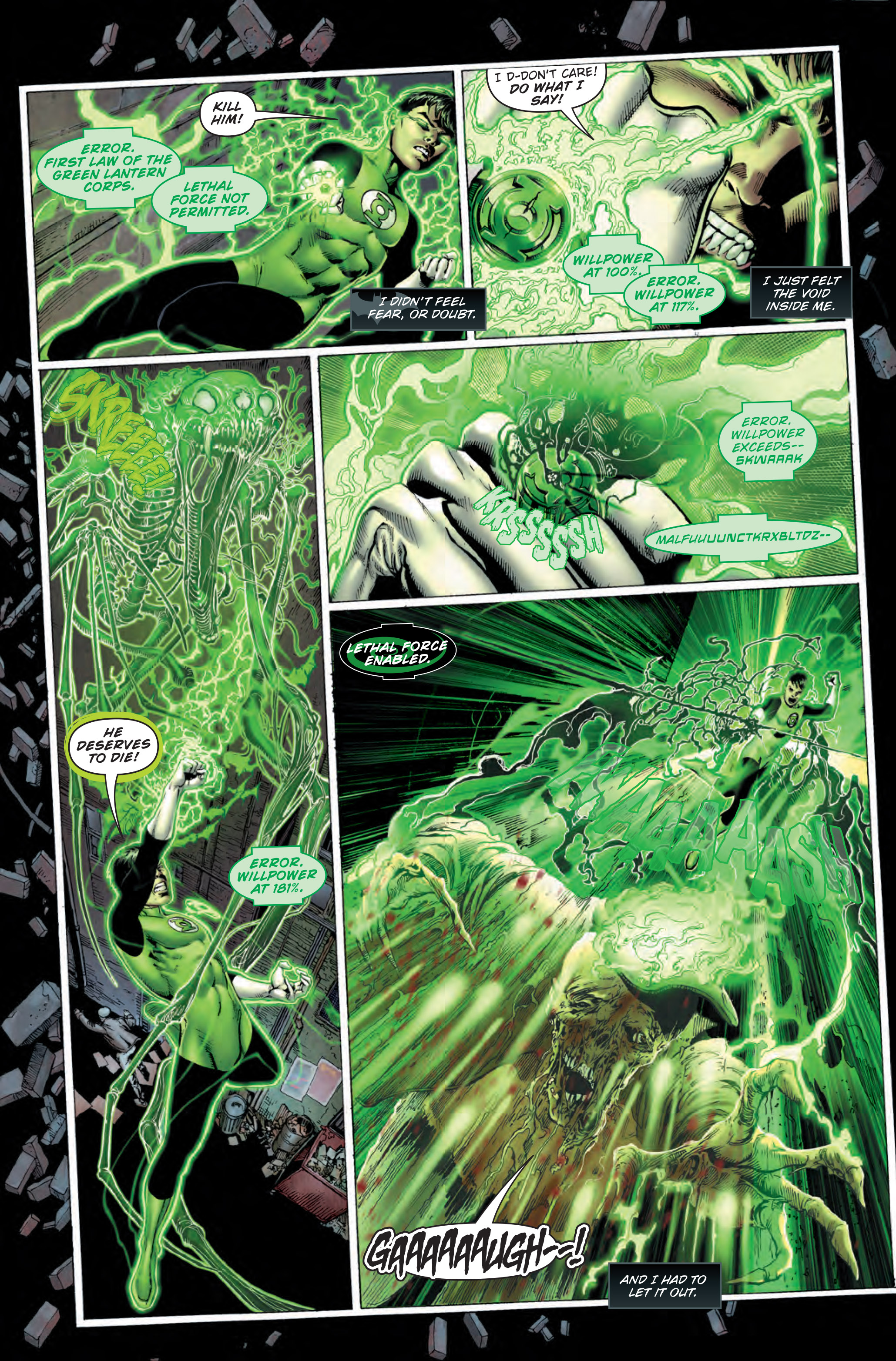 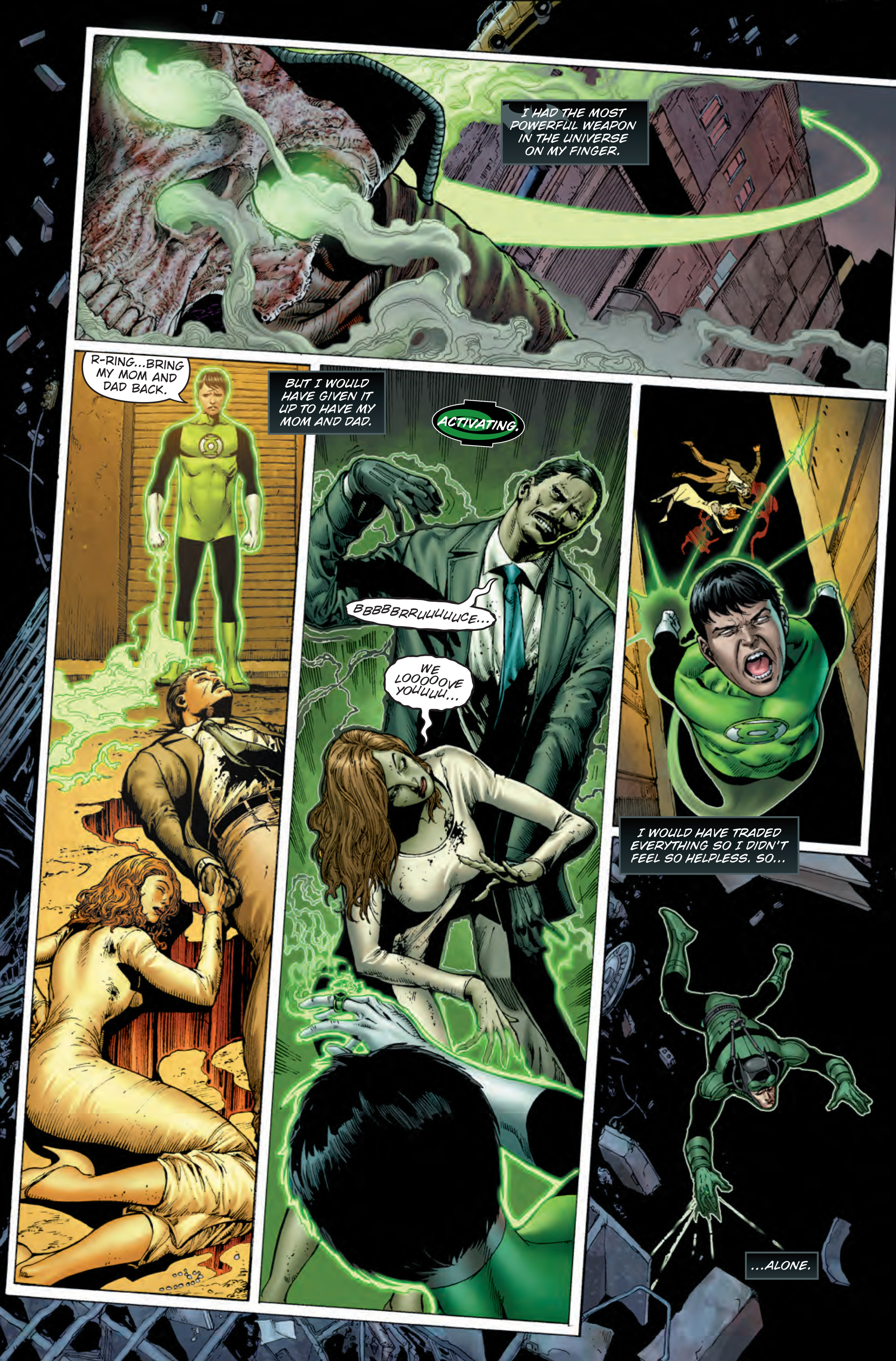 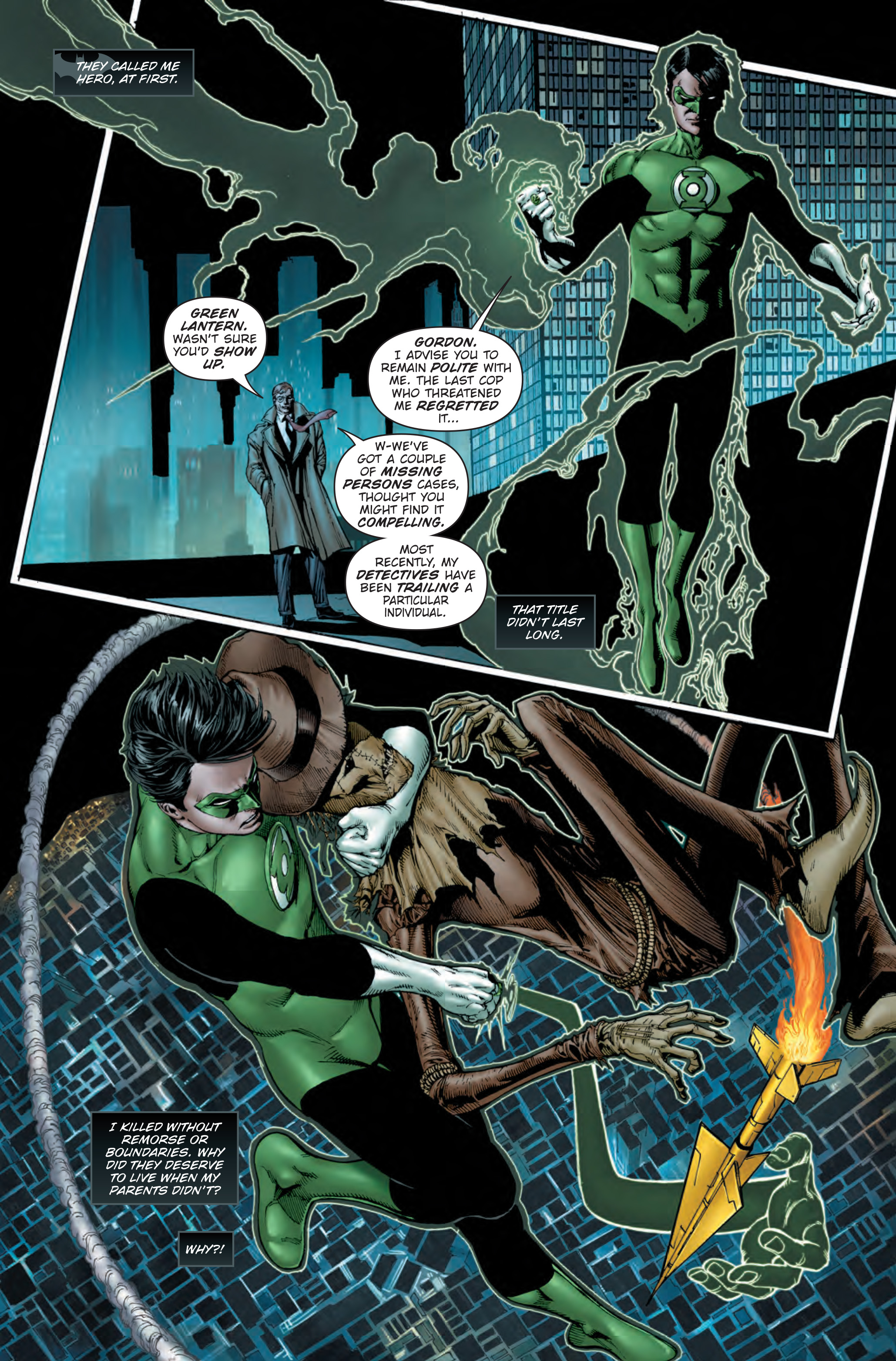 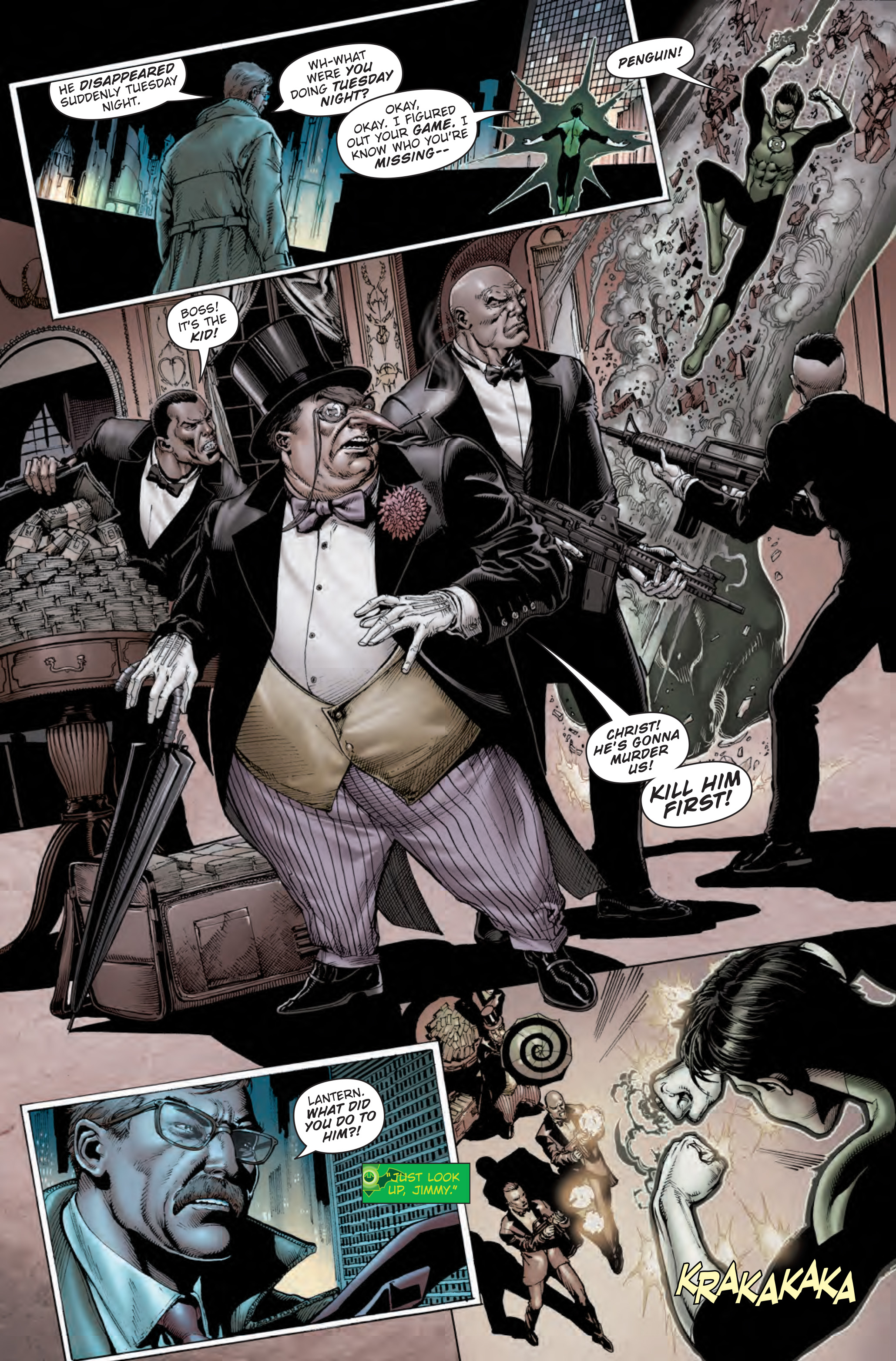 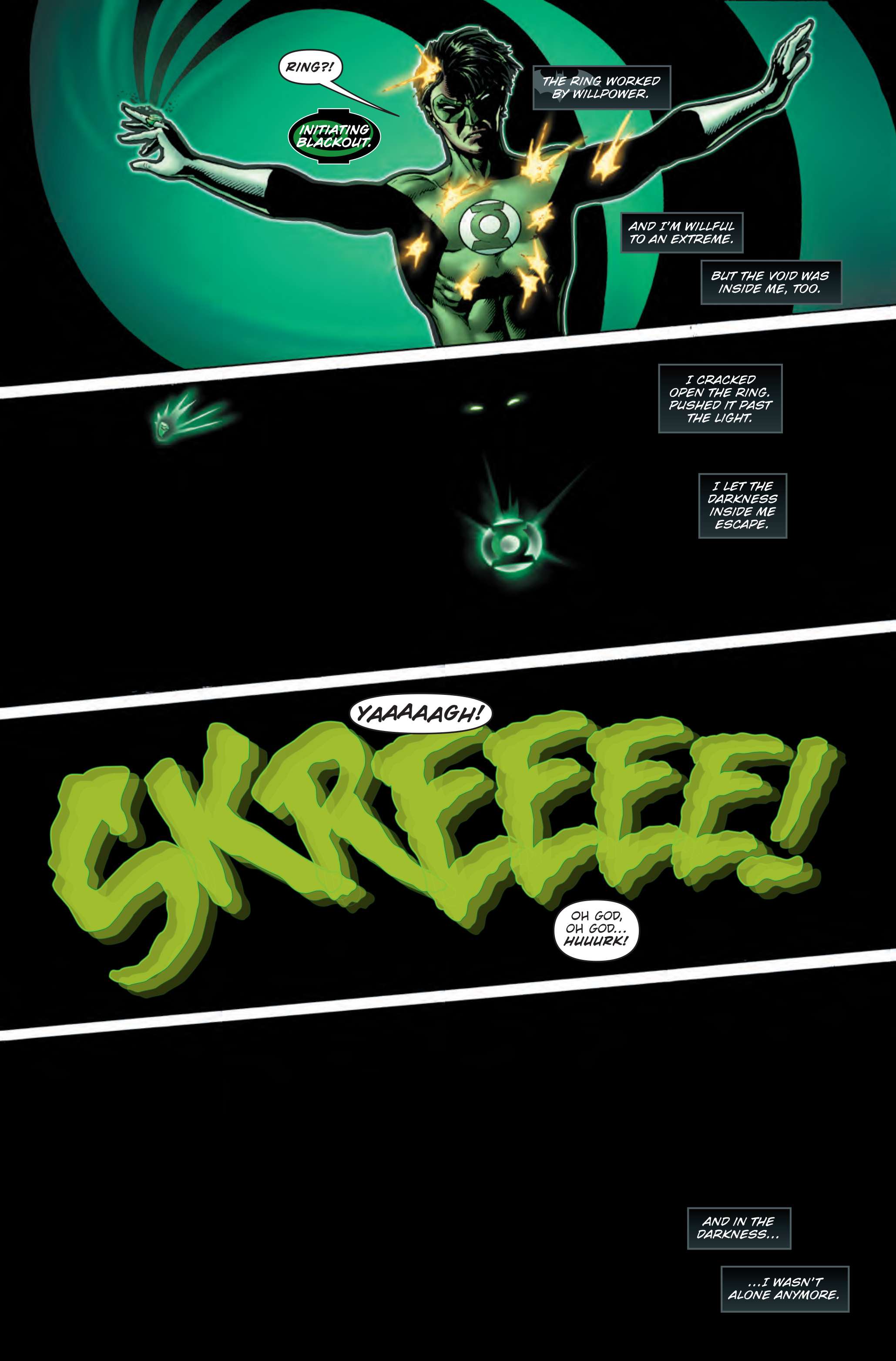 Sam Humphries work on this script is magic. It reminds me of Scott Snyder when I first started reading The Court of Owls several years ago—it’s very clever writing. Humphries can take Batman’s origin story, something that we’ve seen countless times in the past, and but an unique spin on it. And while most of the story takes place in the past, he does an excellent job weaving the present-day story with those flashbacks.

The entire artistic team behind Metal has been on point, but Ethan Van Sciver may be one of the best. I made the Humphries-Snyder comparison above and I’m reminded of Greg Capullo’s work on The Court of Owls, Part Five: Face the Court. Sciver manages to keep much of the present Earth -32 in the background while the story of The Dawn Breaker’s origin is being told. It is simply masterful. Moreover, his work with a “dark” Green Lantern is gorgeous.

This book needs a second read. You simply can’t appreciate it after the first ass—I initially wasn’t that thrilled with the issue; I appreciated the art, but it felt like a reworking of Batman’s origin. After reading it for a second time, I noticed more and it flipped the issue completely for me. Yes, this version of Bruce chose to be evil, but I defy anyone in that situation to not take the power of a god exact your revenge. The Dawn Breaker Batman may the most relatable yet.

Is Batman about to get married?