Harley Quinn for mayor! It may sound ridiculous, but anything can happen in an election.

We’ve been on this path for a little while now, and Harley Quinn #29 delivers. Opening with a train ride alongside Dr. Jonathan Crane, we end up in the heart of New York City, smack dab in the middle of election season. All eyes and ears are on the surprise candidate, Harley Quinn. She’s prepping for a televised date the following night against the two other candidates, including Mayor Deperto. We’ve already seen his evil ways in this title, but he confirms it here that he has no interest in this being a fair election and hires Scarecrow to interfere at the following night’s debate. Flash forward to the event and Harley starts off strong, but succumbs to some evil gas. Let’s just she’s lucky she has a redheaded villainess as a best friend.

Another fun issue from the team of Amanda Conner and Jimmy Palmiotti. I’ve said it a number of times here on Dark Knight News that Harley Quinn is flat out fun. There’s no other way to describe it. Here, the main takeaway is that Harley is running for mayor. How is that interesting? Have no worries, Conner and Palmiotti make it work, and it puts a smile on your face. Not many twists or turns, but good, exciting pages of witty banter and great art. 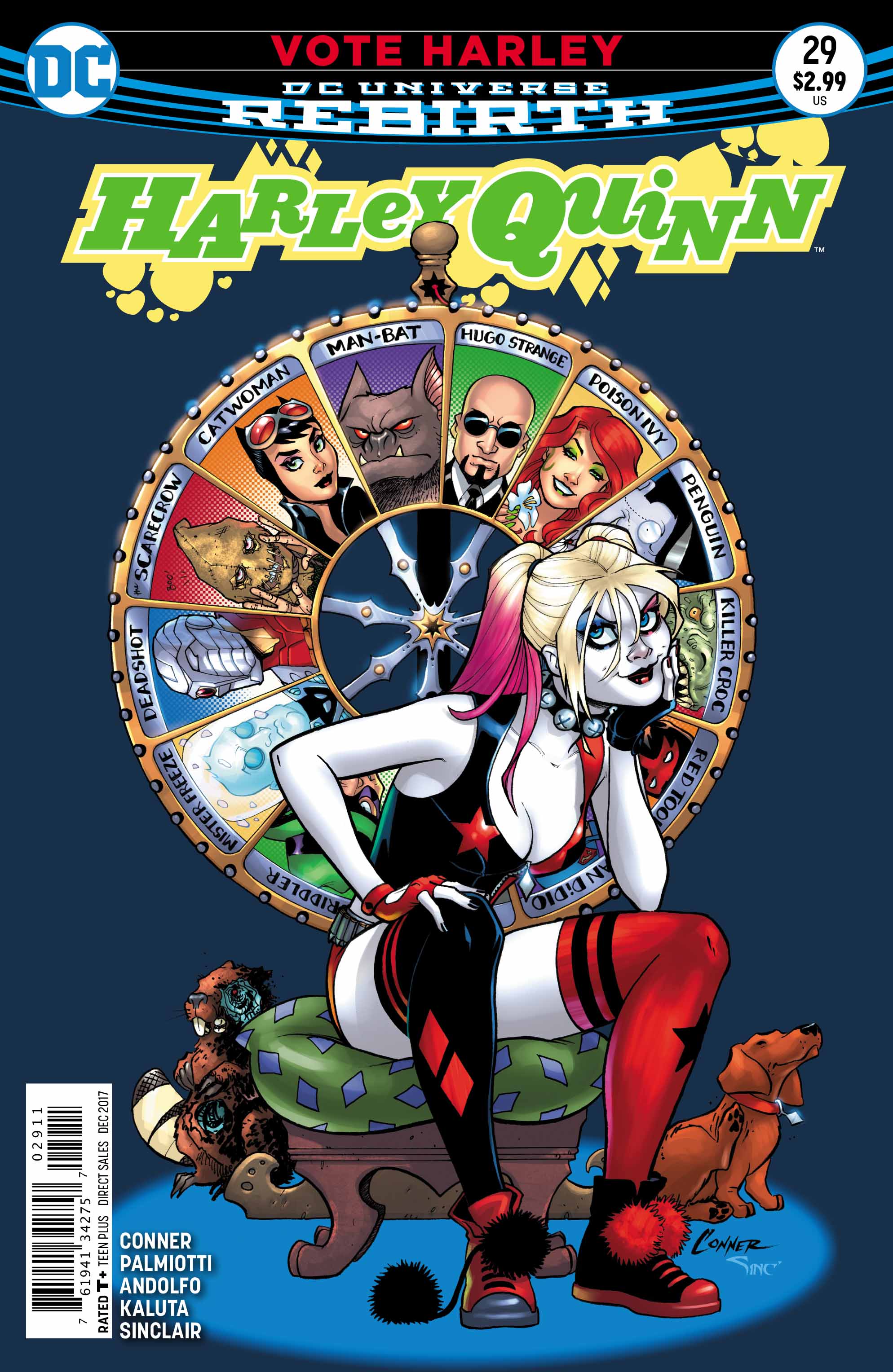 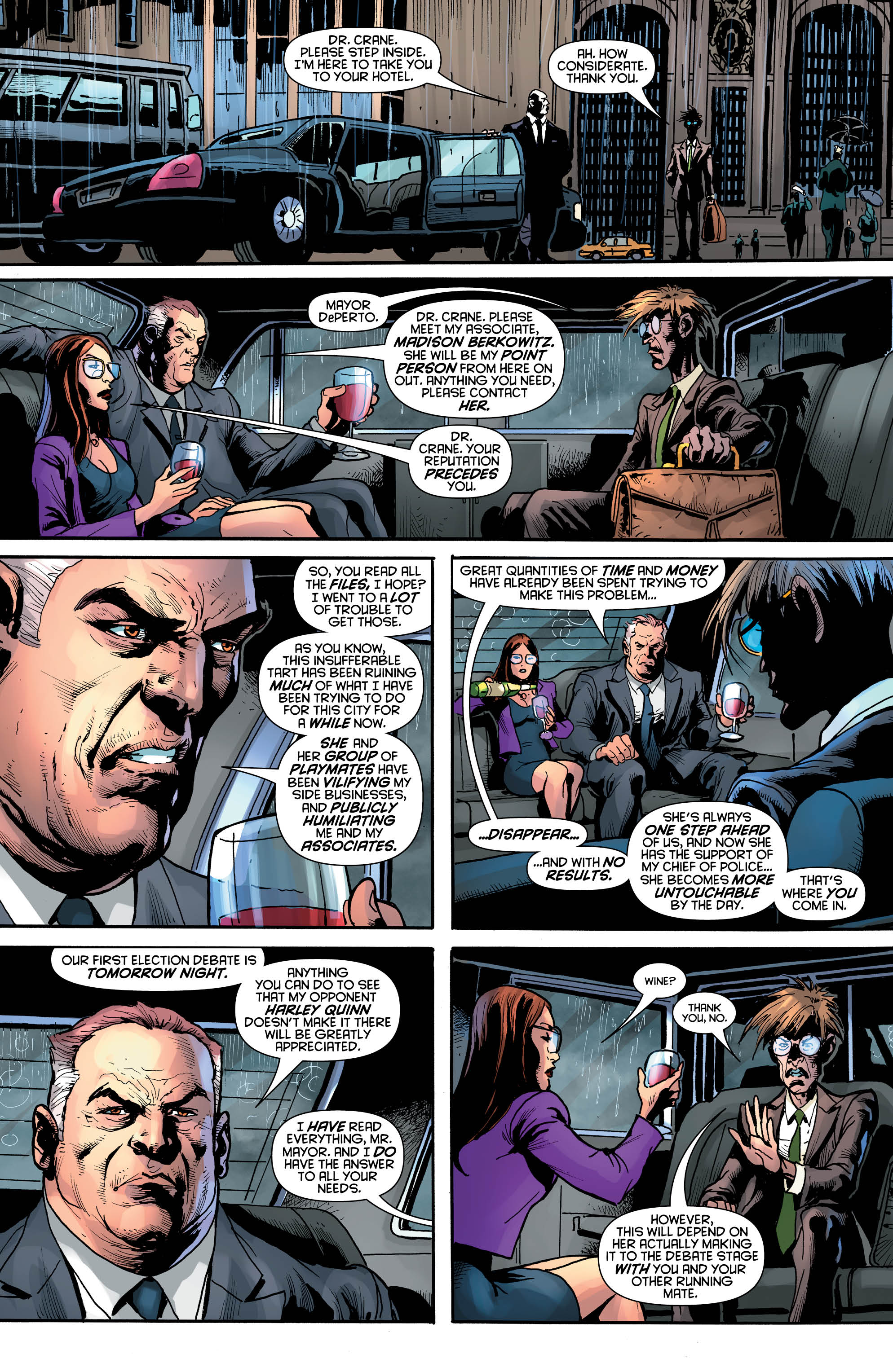 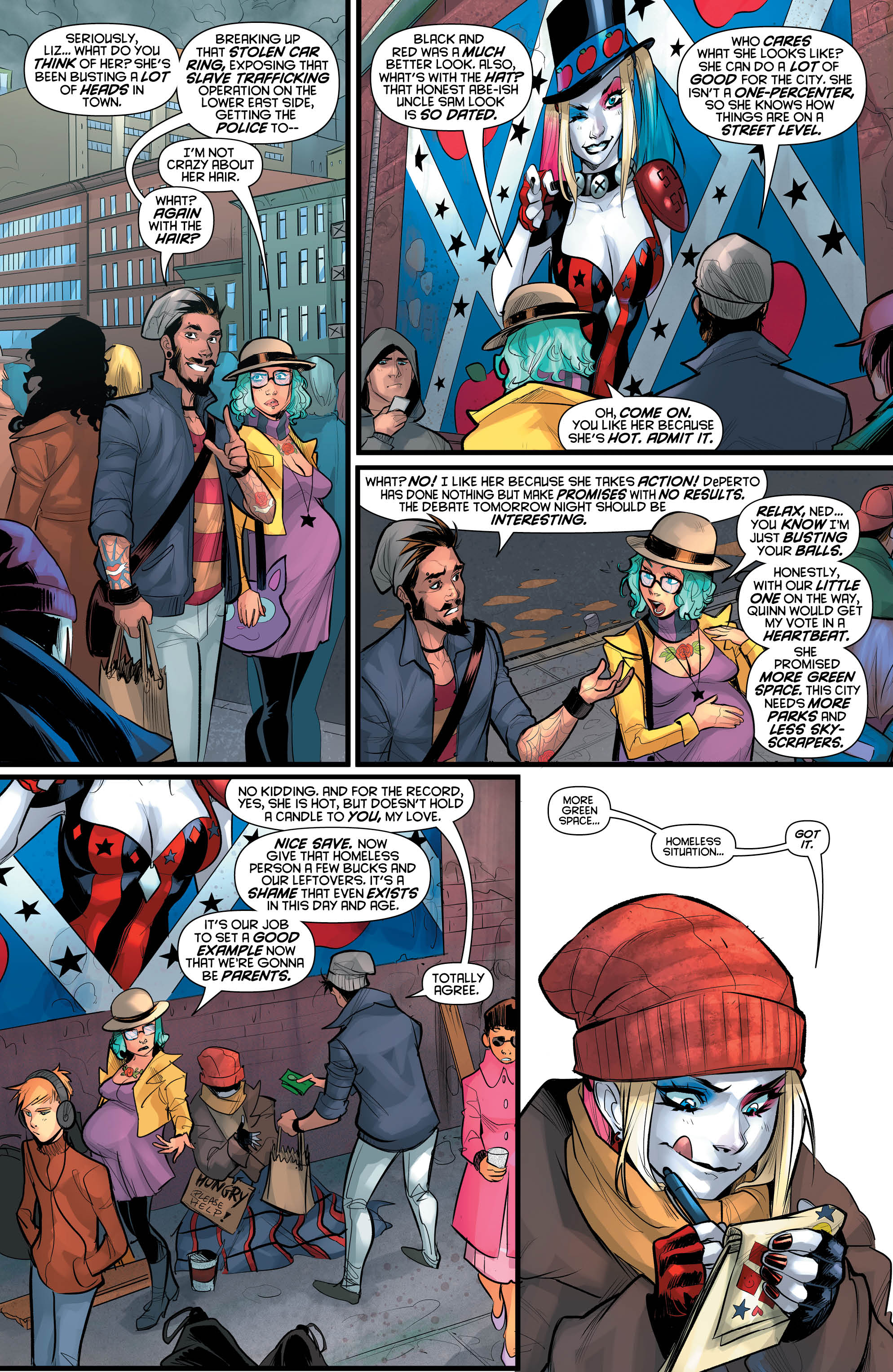 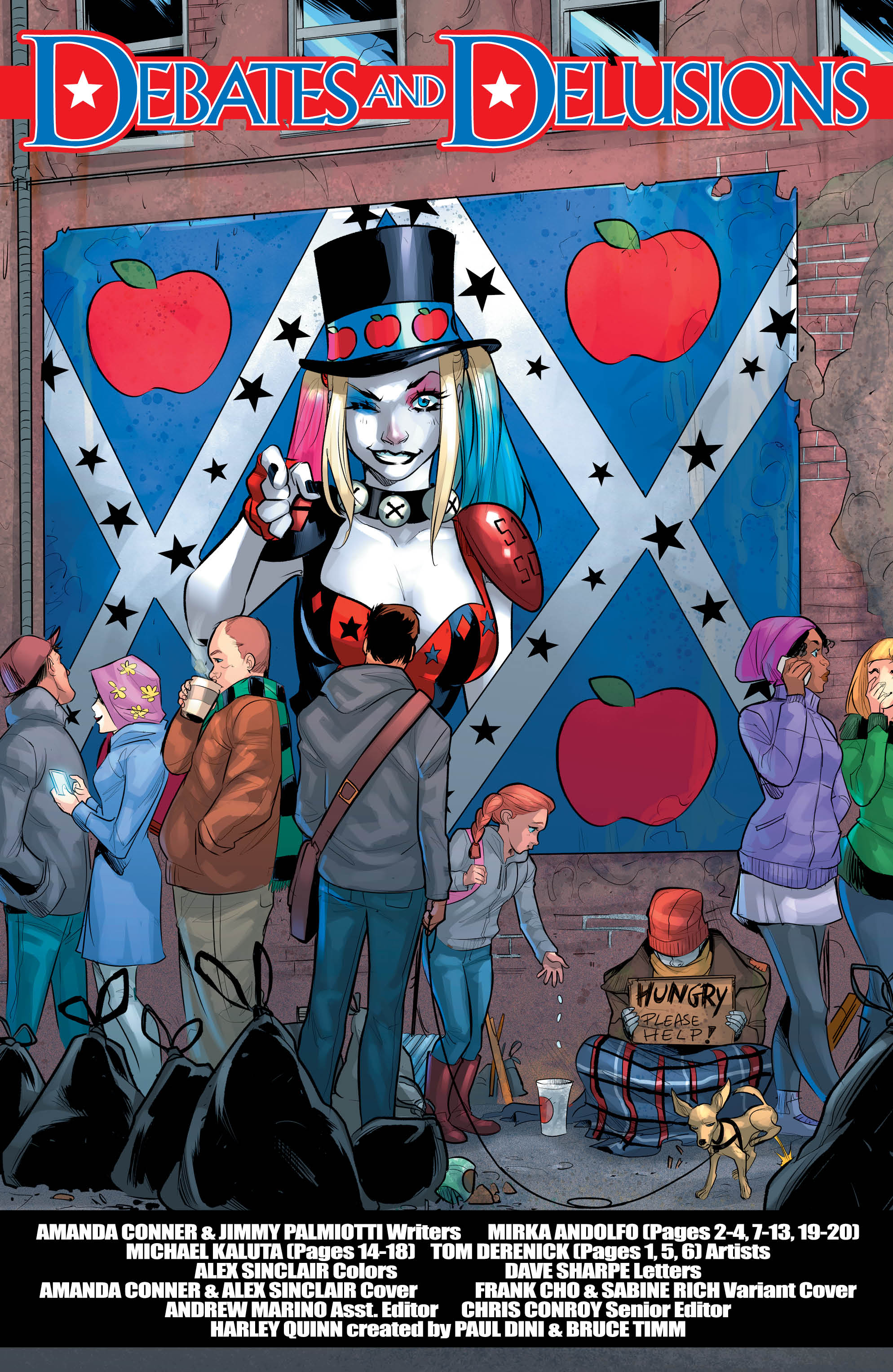 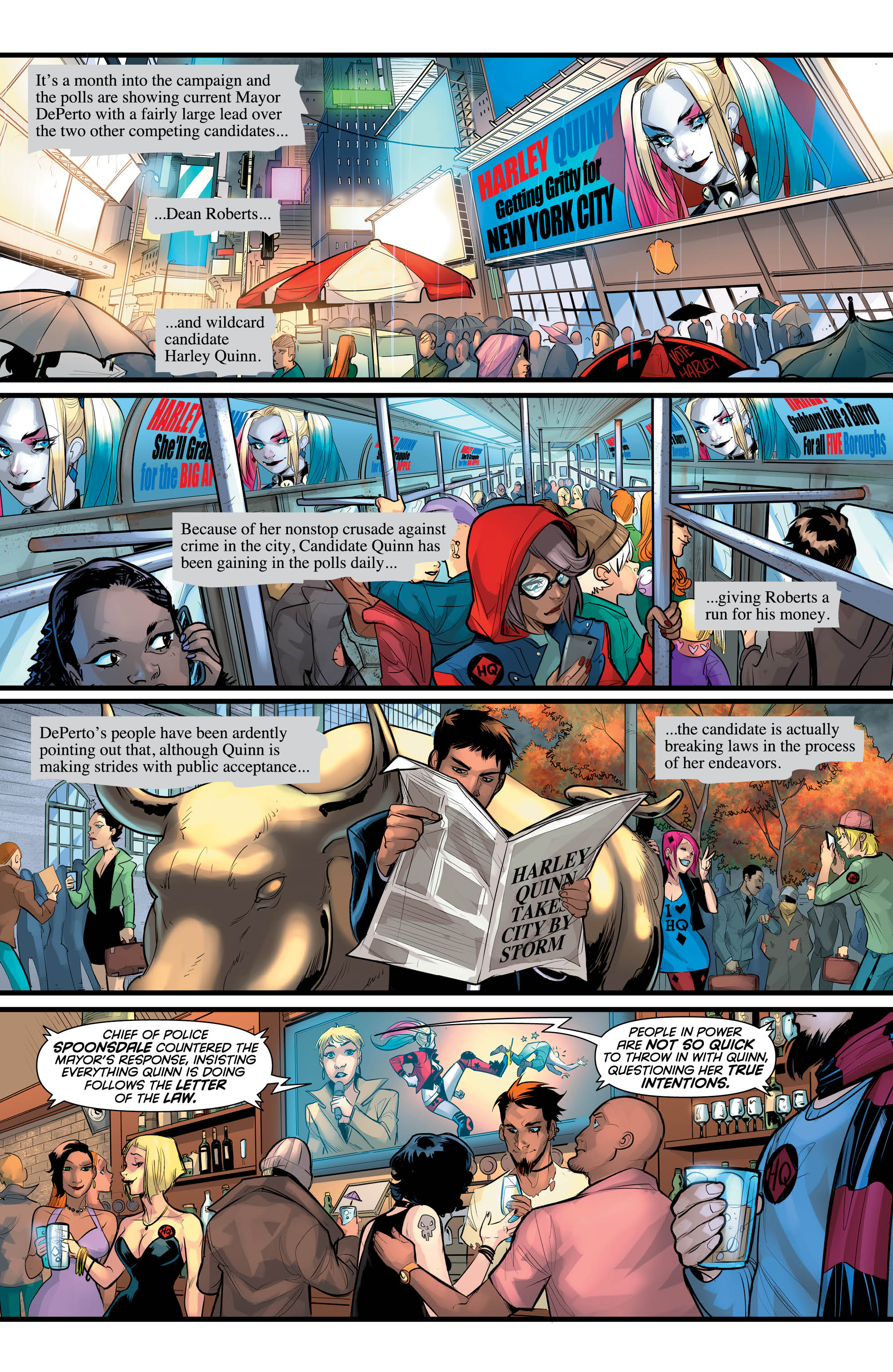 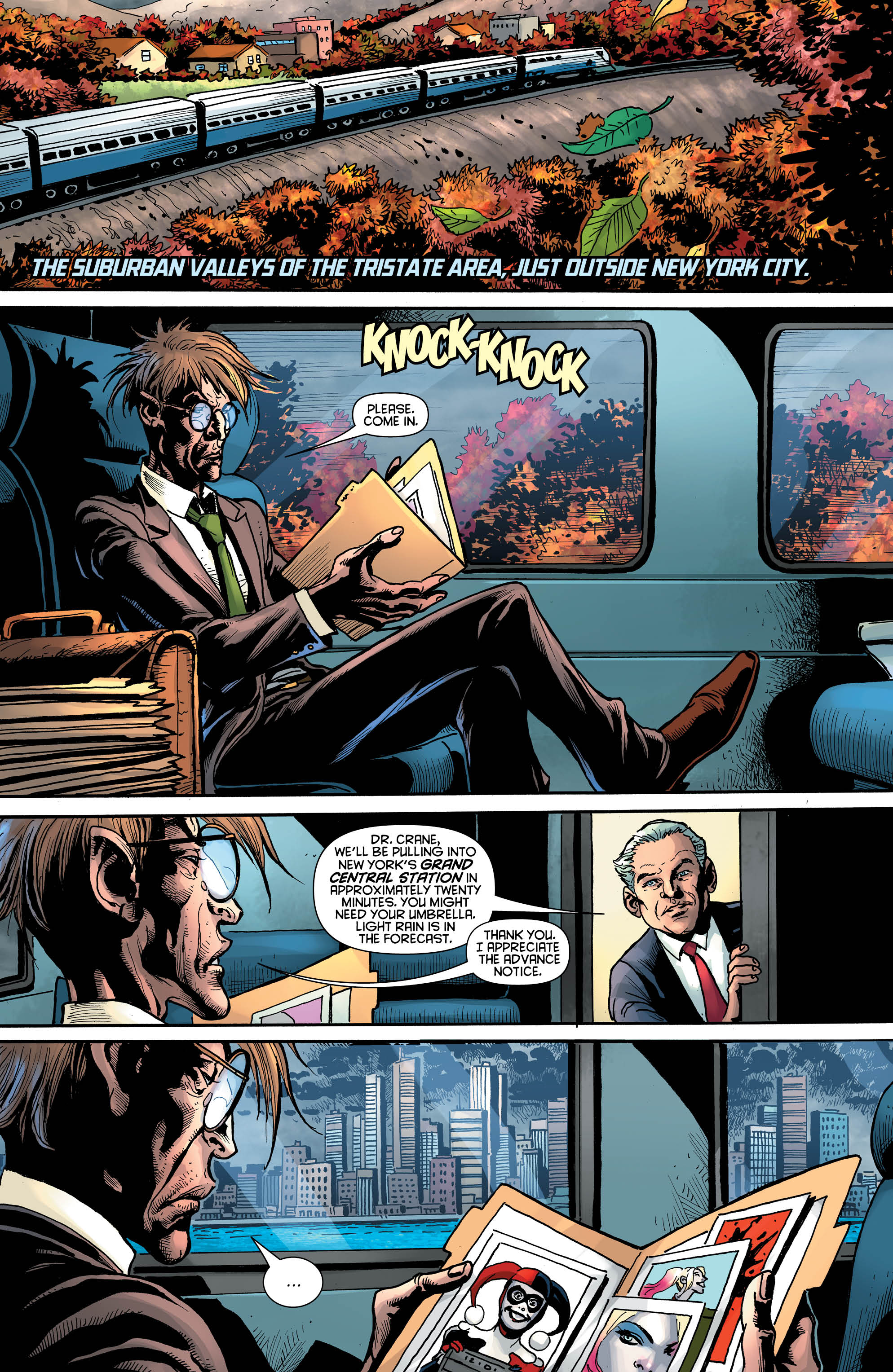 Speaking of the art, we get a bit of a mix in this week’s issue. Mirka Andolfo, Michael Kaluta and Tom Derrick divide and conquer but it’s with some mixed results. While nobody does a bad job (actually, every page looks great), it’s very noticeable when the artist has changed. It may just be a personal bugaboo, but that stuff bothers me and is a distraction. A slight one here considering the story at hand, but still a distraction.

Harley Quinn #29 delivers. I’d vote for her! Conner and Palmiotti script another fun issue that ends before you know it, leaving you anxious for the next issue. I can honestly say I’ve never been as excited for a mayoral race.