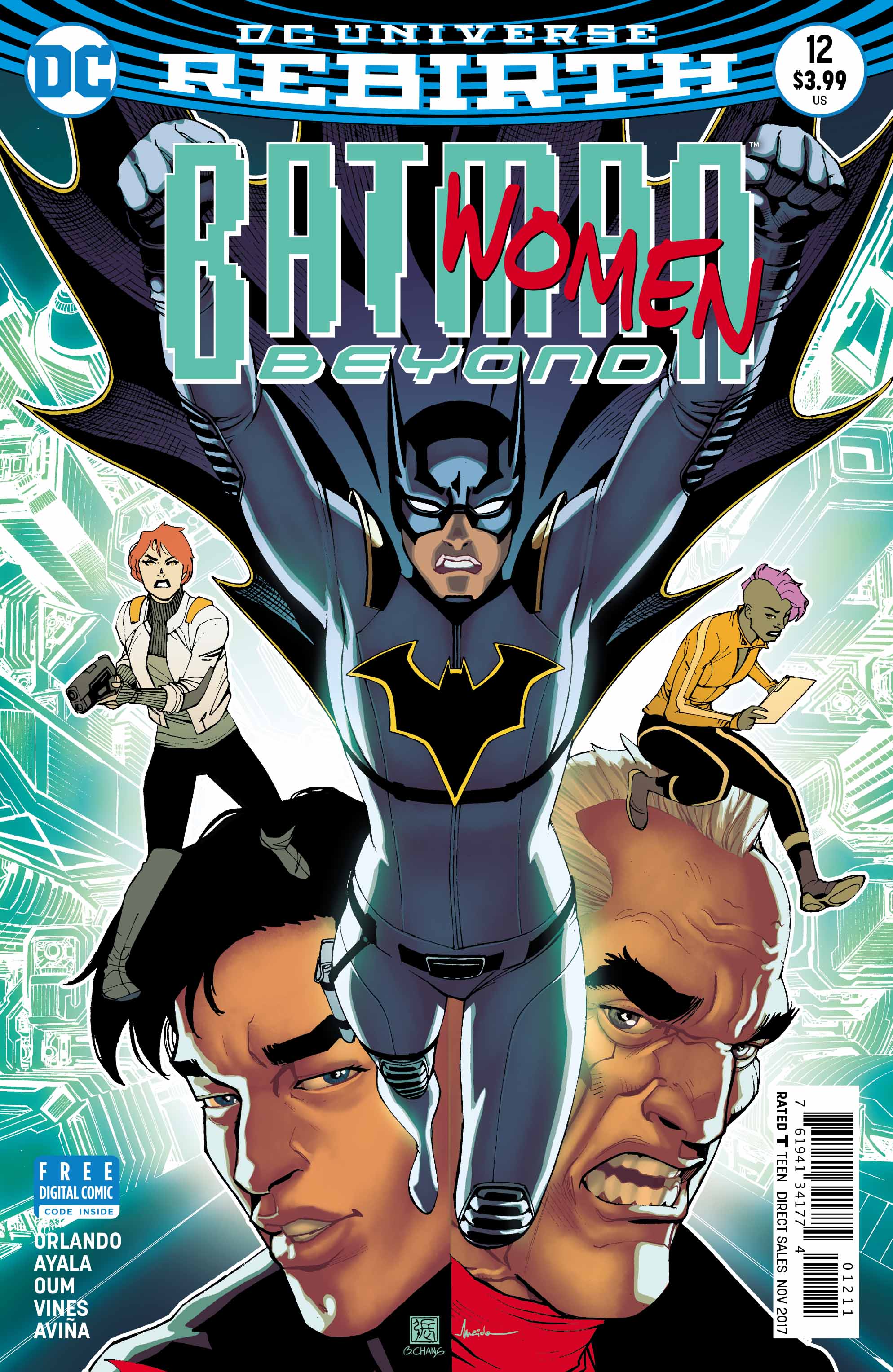 Holy futuristic interlude, Batman! The ladies have taken over the comic-book… and how! Welcome to Batwomen Beyond.

With both Terry McGinnis and Bruce Wayne in far off Nanda Parbat, recovering from the epic “Rise Of The Demon”, protecting the citizens of Neo Gotham falls to the new Dynamic Duo of Batgirl and Max.

Little else is known about Nissa, other than that she is clearly a force for good, and has the approval of Barbara Gordon. 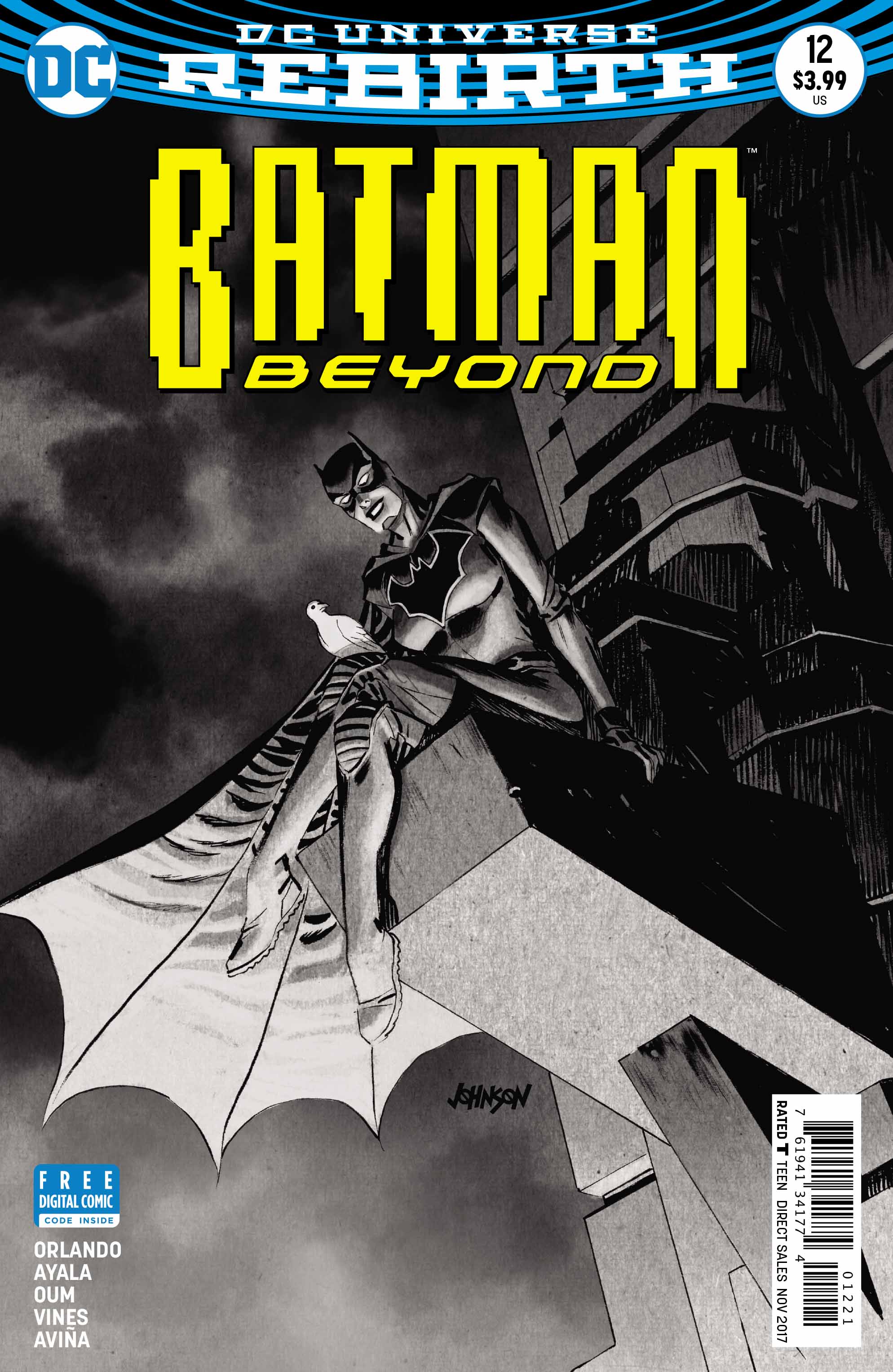 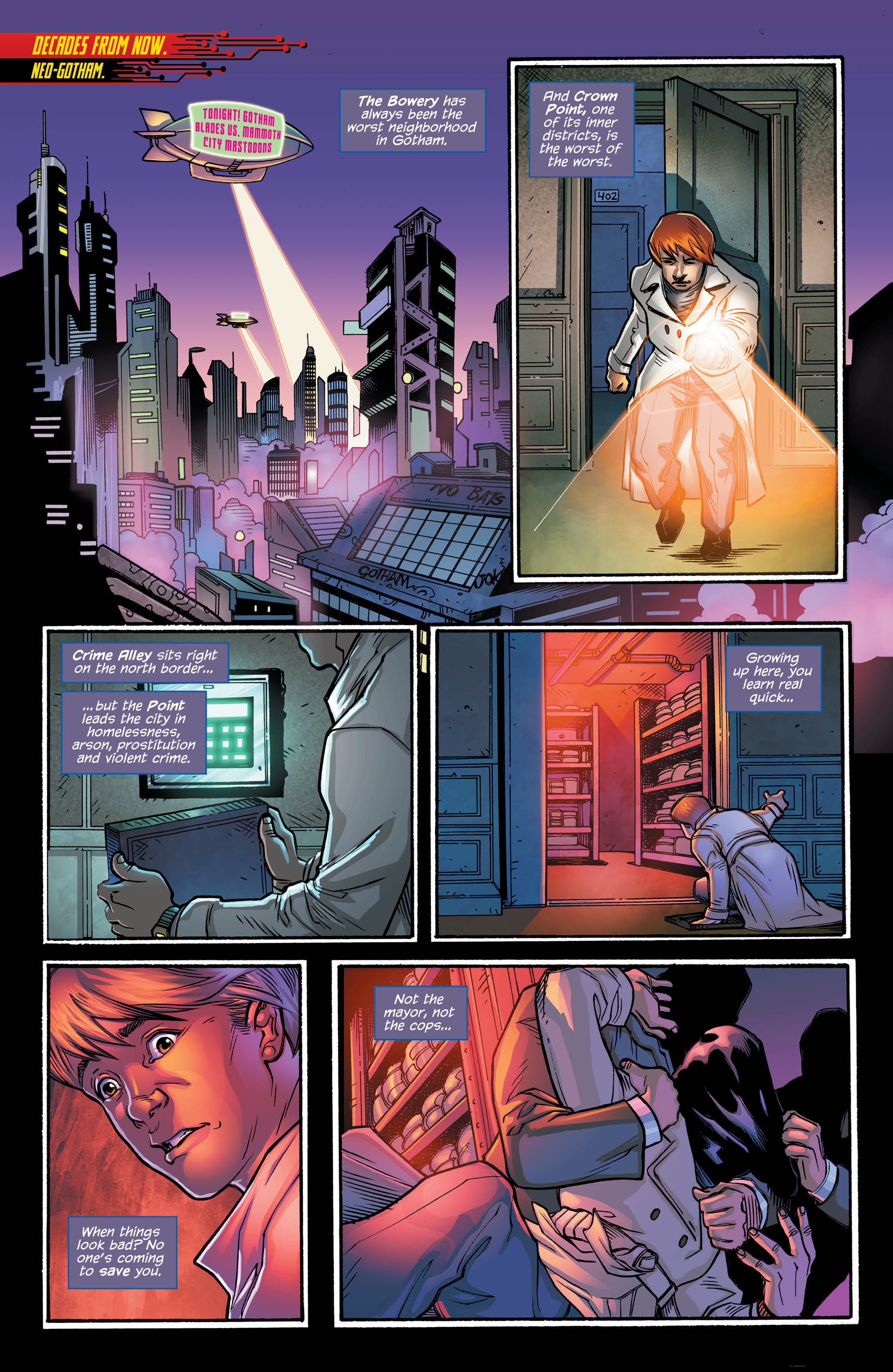 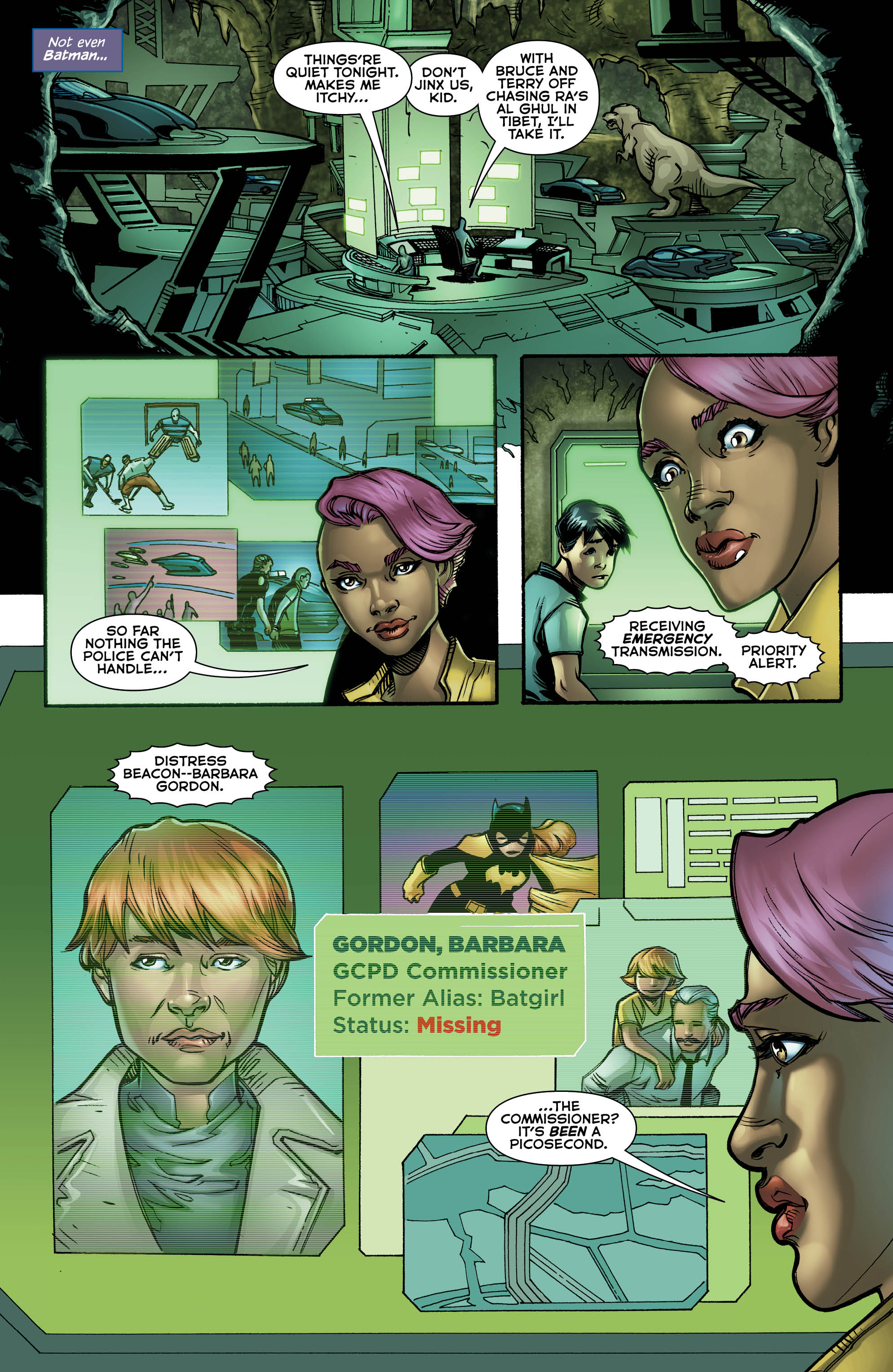 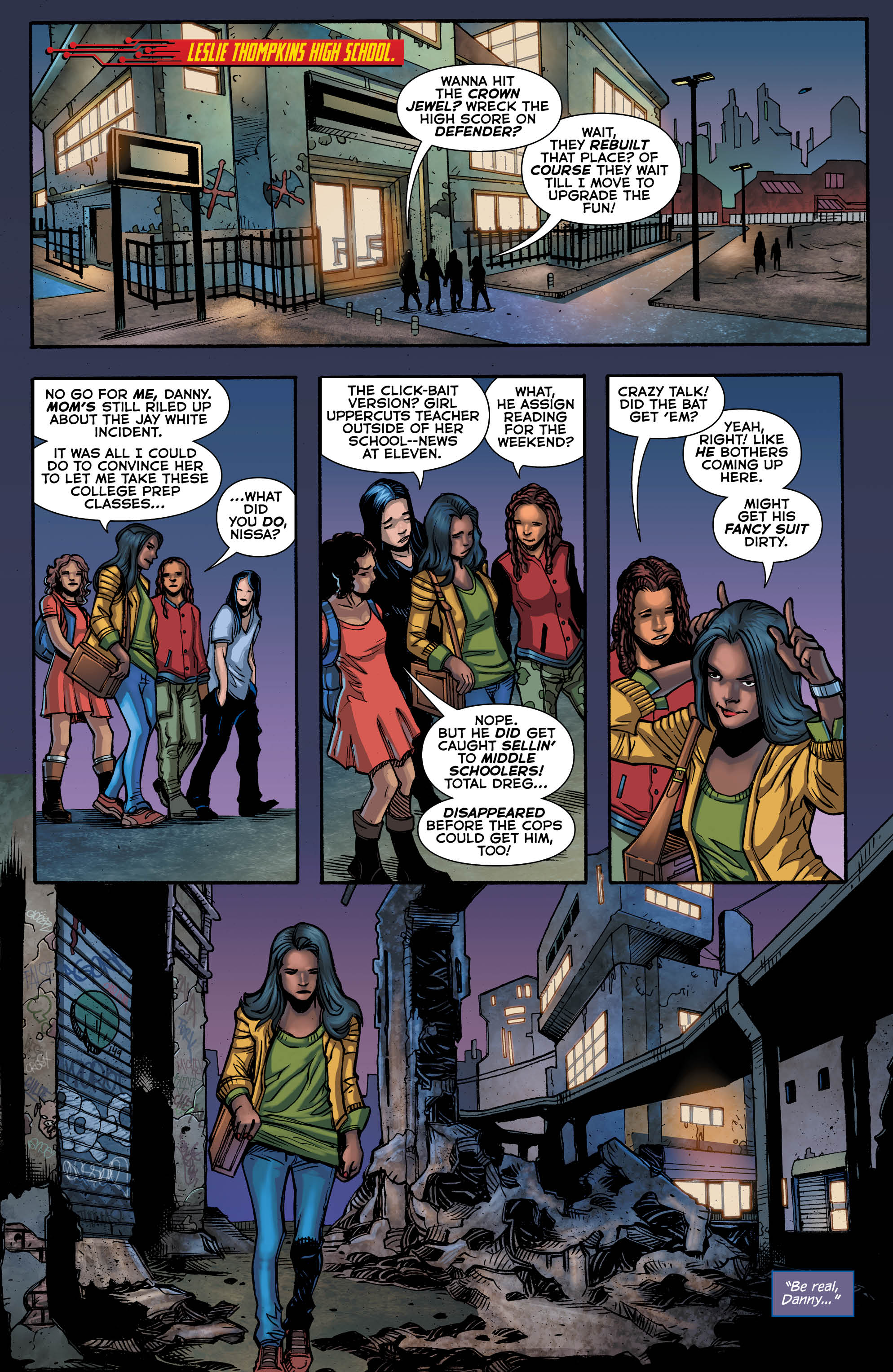 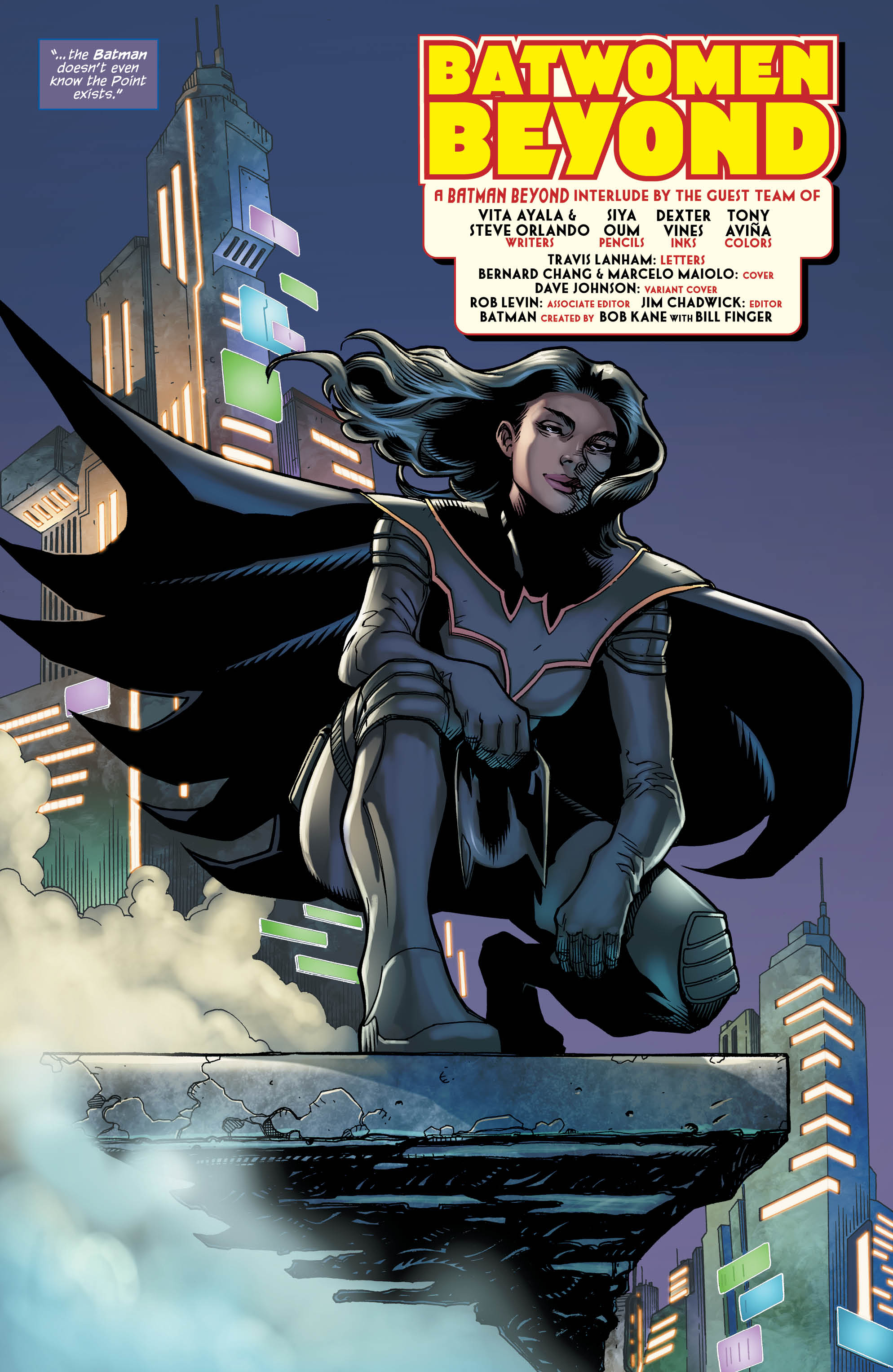 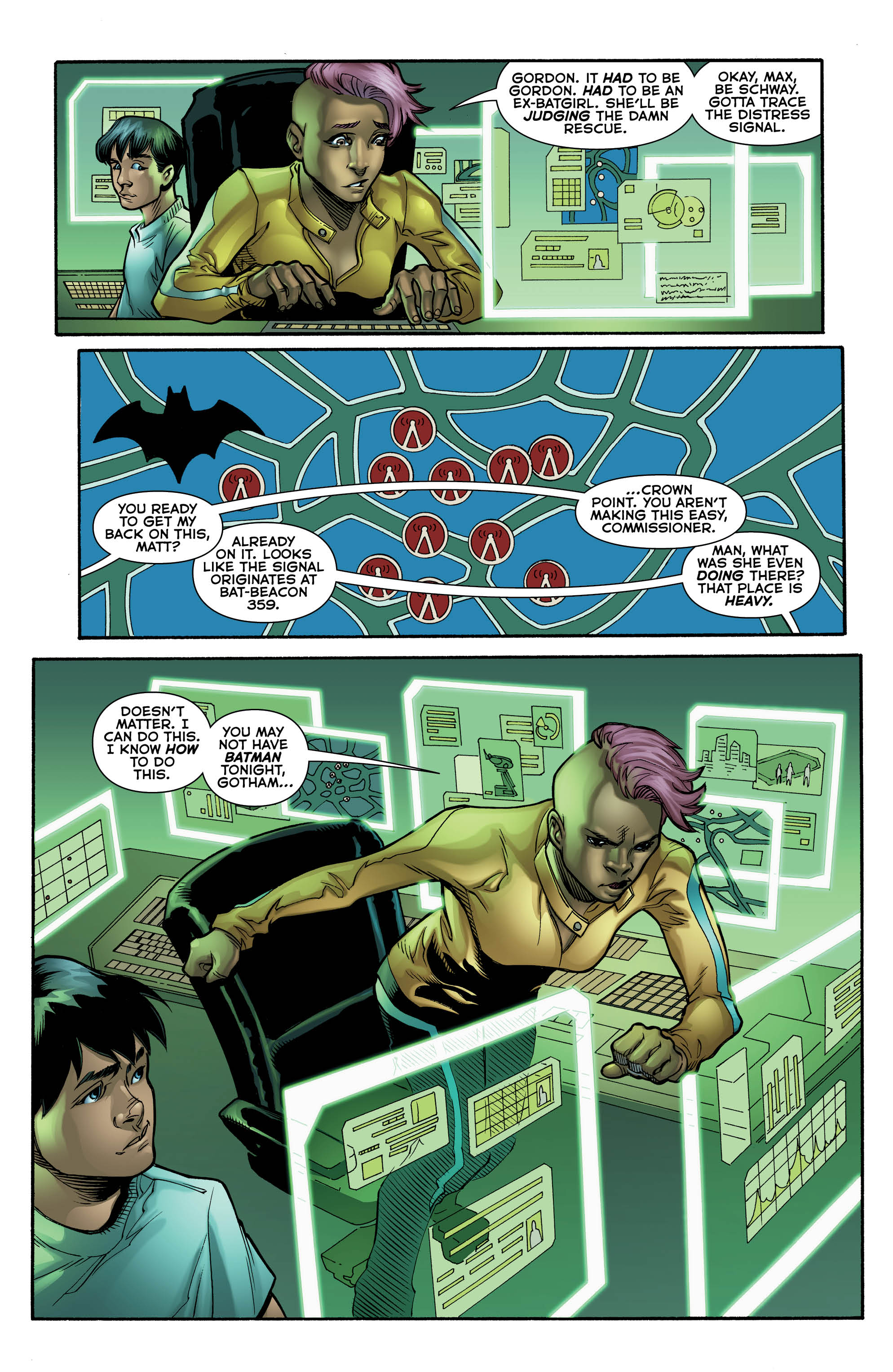 Writers Vita Ayala and Steve Orlando have carved a little self-contained gem this month. They portray Max and Nissa as strong, capable women who make a great crime-fighting team. The story stands up well on its own, and is a fresh, fun interlude.

The art on this issue is great! Penciller Siya Oum and inker Dexter Vines’ style is the perfect blend of cartoony and realistic. The splash page with an unmasked Nissa on a dark rooftop being a prime example.

Color artist Tony Aviña’s palette elevates the art. From his rich night-time purples, to the artificial green phosphorescence of the computer screens in the Batcave, Mr. Aviña transports the reader to Neo-Gotham. Nice work.

The Changing Of The Guard

Bernard Chang has left his mark on this corner of the DC Universe, and I’ve made no secret of my admiration for his awesome art, so new Batman Beyond artist Thony Silas has a tough task ahead of him. I have high hopes, as his work has impressed me in the past.

This issue has closed a terrific 12 months for the Rebirth version of Batman Beyond. This book has been an action packed, futuristic, thrill-ride for a whole year. This story was great fun, and deserves a very respectable: