“Rise Of The Demon,” Part Five 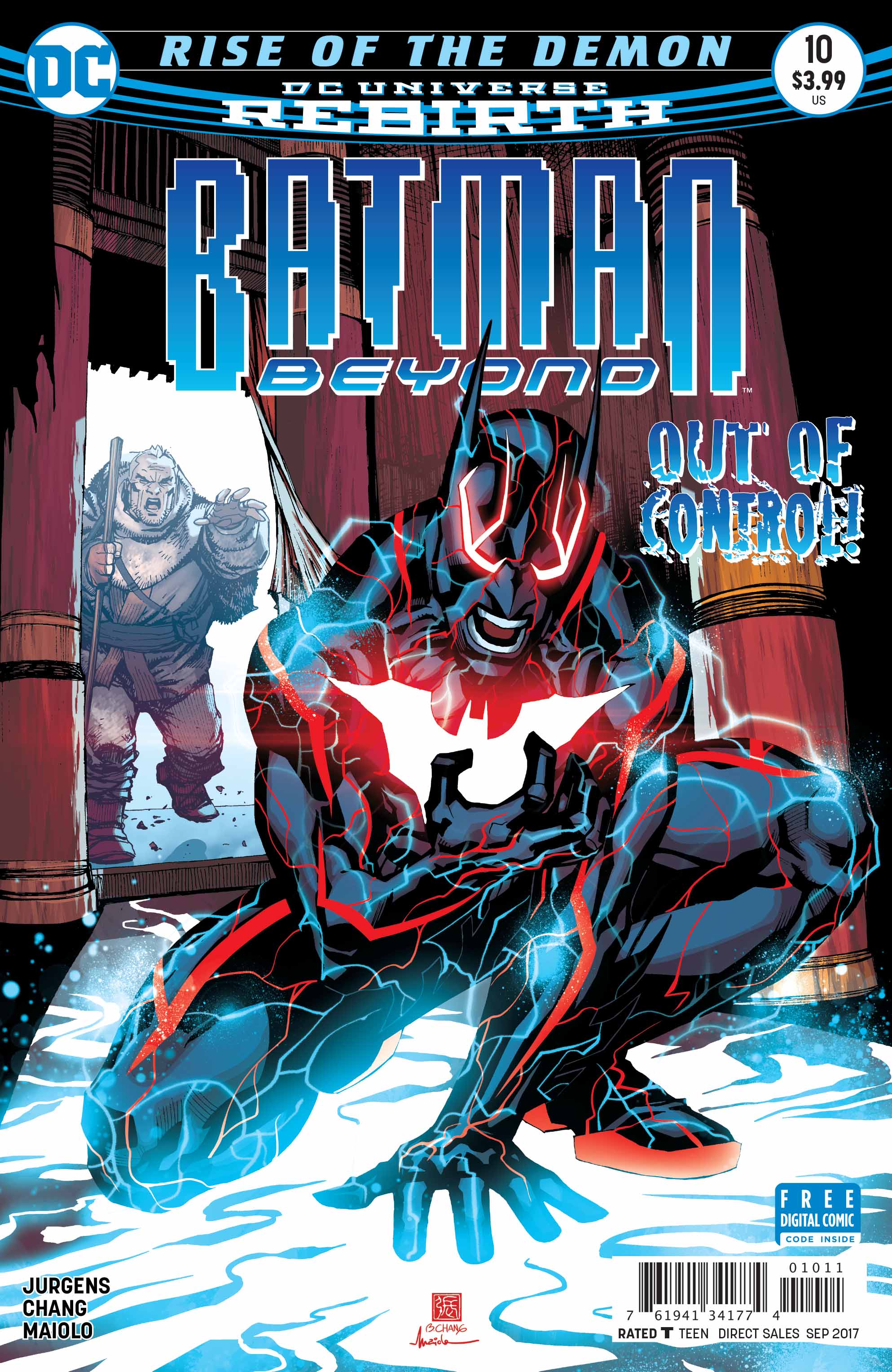 Batman’s sons are in the fight of their lives. Can Bruce Wayne stop them from destroying each other? At the end of Batman Beyond #9 Damian Wayne was set to land the killing blow in Terry McGinnis, “Rise Of The Demon,” Part Five picks up the action from exactly where we left off.

I love the way that Dan Jurgens connects everything from this possible future, to the continuity of today. His Damian Wayne is definitely the same character created by Grant Morrison, and developed by a host of DC Comics’ finest writers and artists. Seeing this version of Damian harks back to his original persona, and also makes us, as readers, fear for the fate of the heroic Robin of today.

The murderous Boy Wonder, heir of Ra’s Al Ghul, may not be gone, after all. 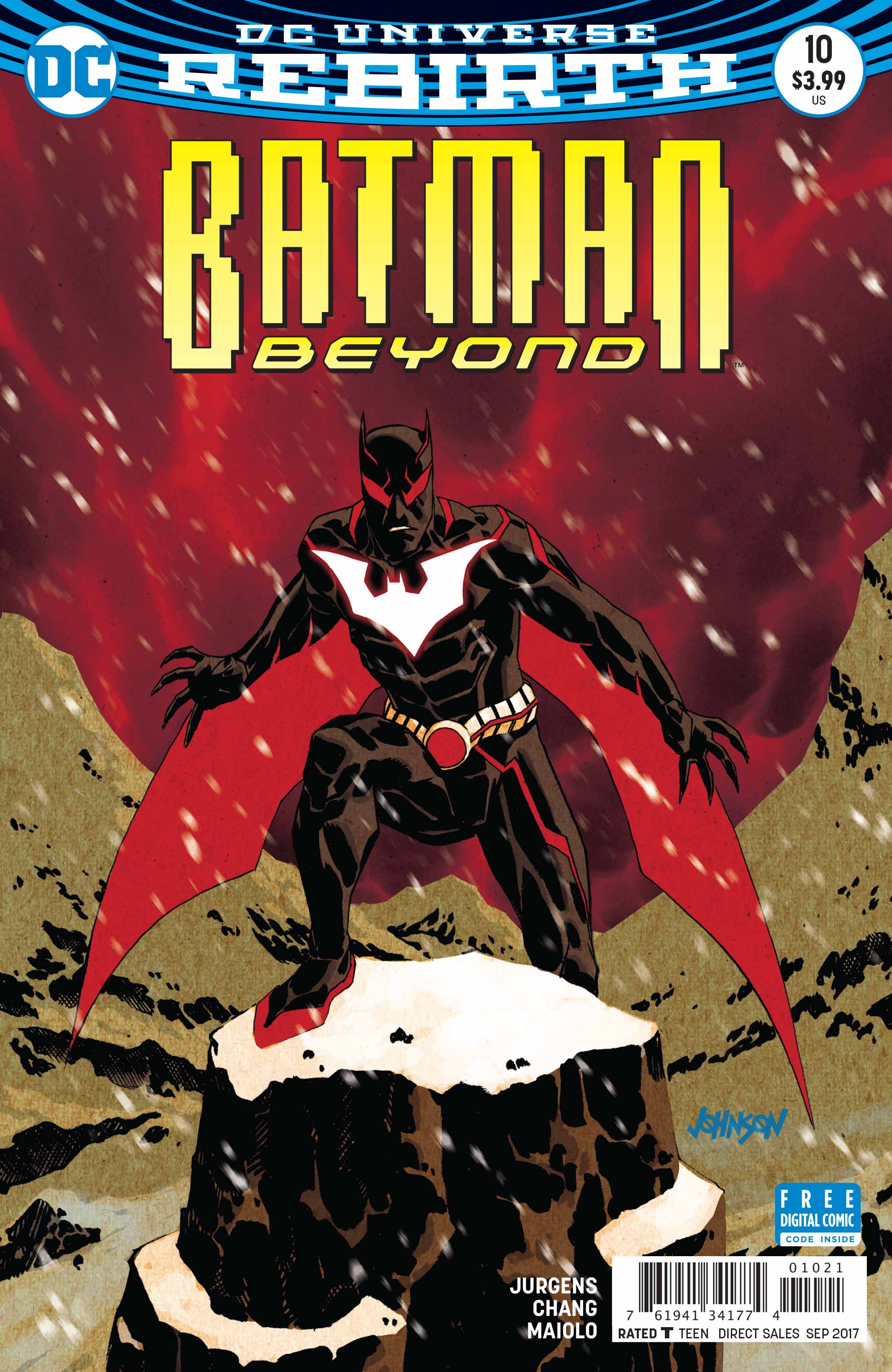 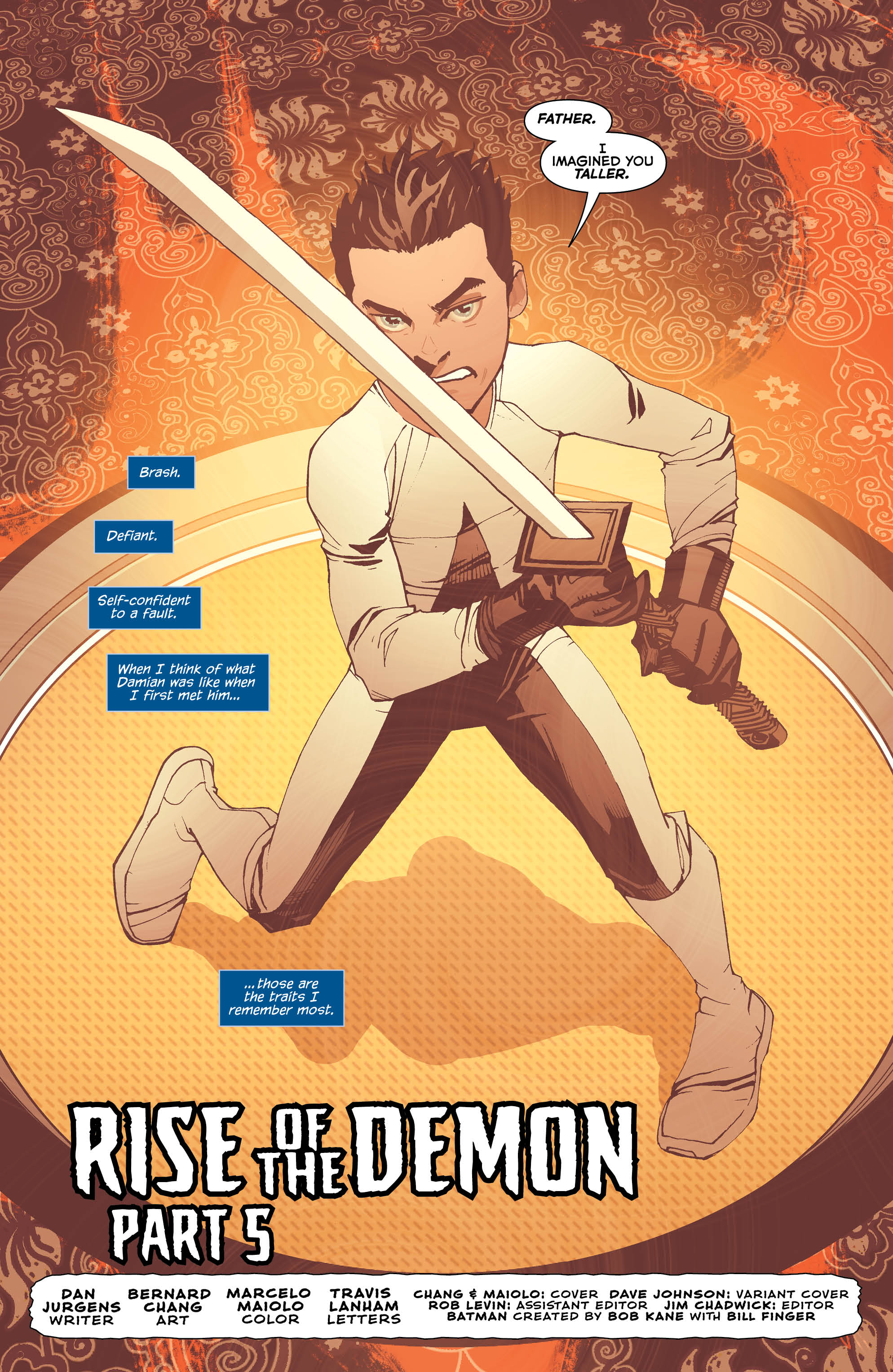 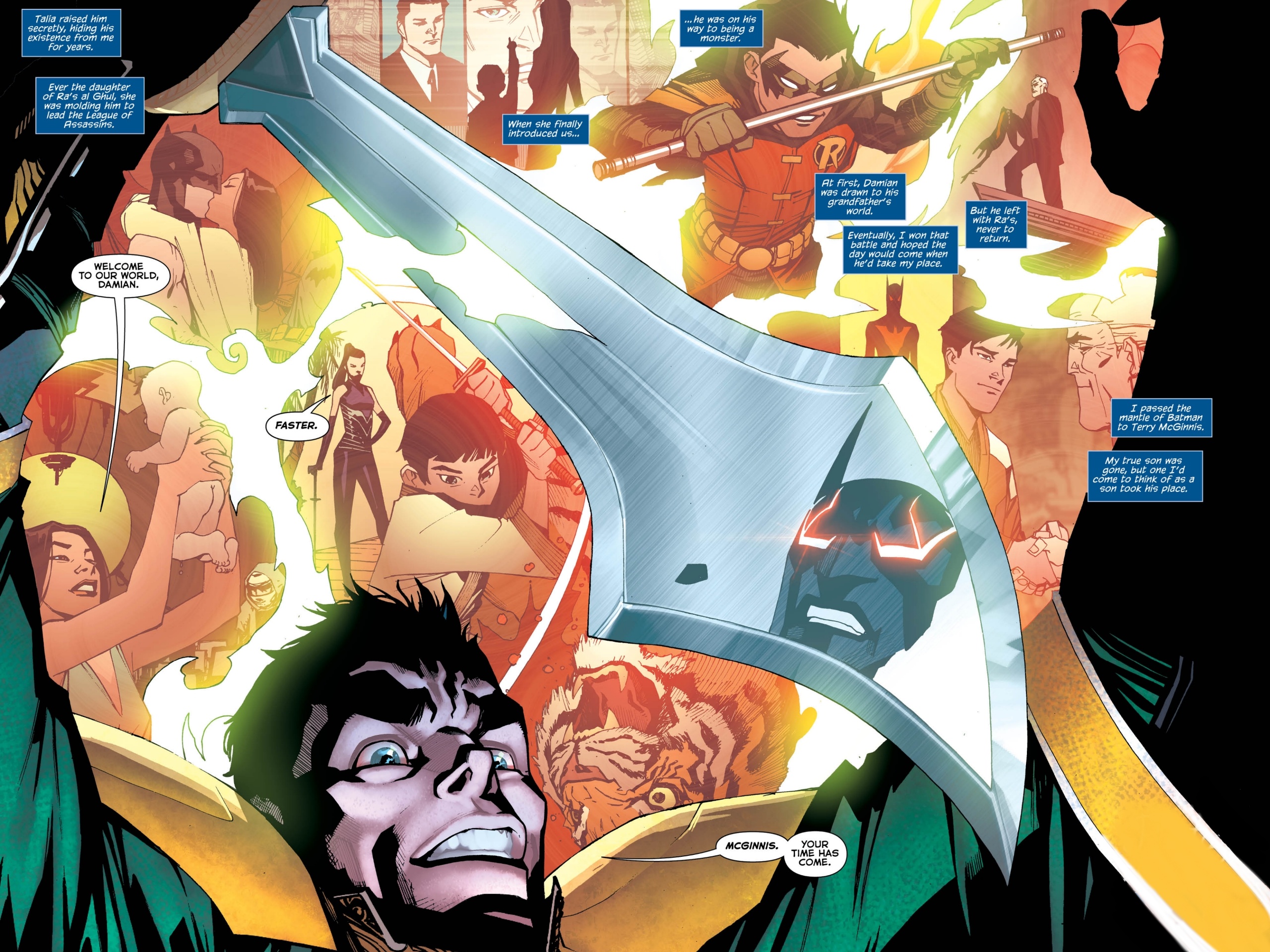 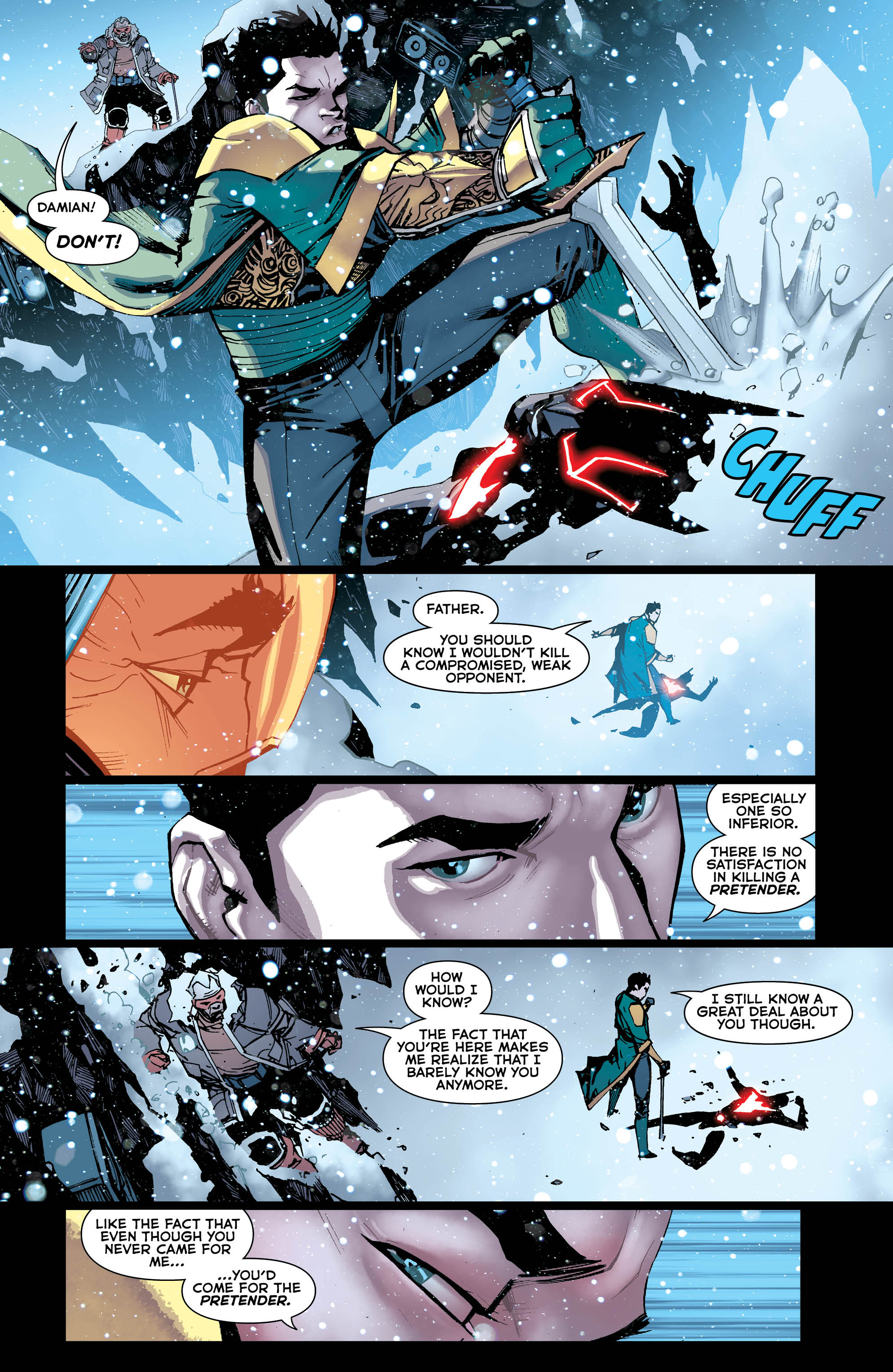 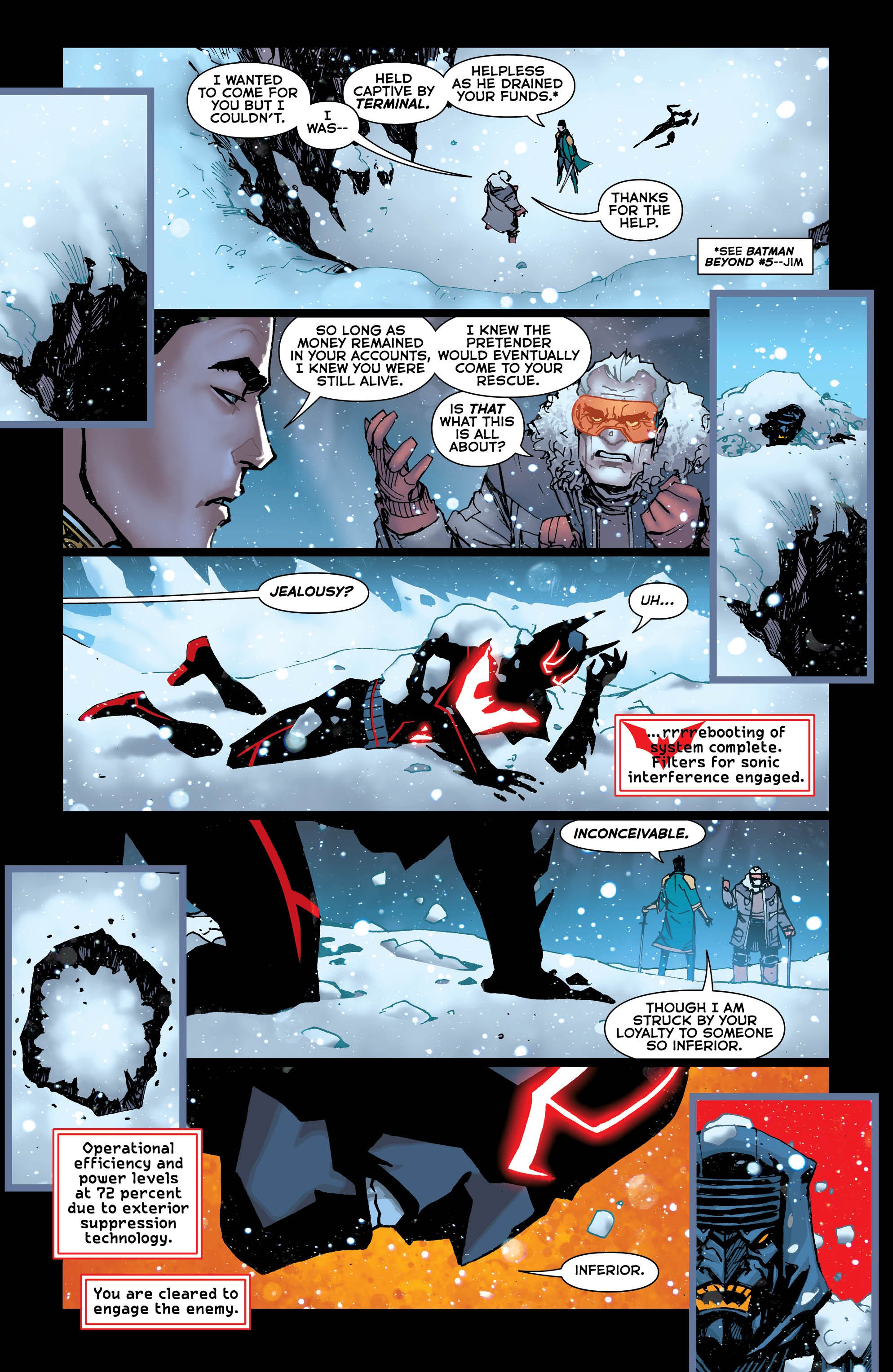 As always, the art of Bernard Chang is gorgeous. Even though Terry is fully masked as Batman, the rage in his eyes is clearly apparent. The concern in the face of Bruce Wayne and the contempt in Damian’s stare are also powerful and beautifully delineated. The fact that Mr. Chang produces pencils and inks of this calibre, month after month and issue after issue is truly impressive. The marriage of his art with the color work from Marcelo Maiolo is just that, a perfect union of rhythm and hues.

The issue brings a lot to the table in terms of content, action and surprises. Damian Wayne – the man – is a force of nature; a leader, a warrior and the consummate martial artist. I read the issue truly fearful that this was a fight that Batman could not hope to win. Seeing Damian’s future and learning what could be the final fate of the original Ra’s Al Ghul, also made for great reading.

Terry’s struggles will only get harder, going forward. Every time Damian knocks him down, we are all left wondering whether it’s force of will, heroic spirit, or the A.I. in the Batman armor that is picking him back up.

“Rise Of The Demon,” Part Five is a total roller-coaster ride of an issue. The tension rides through every page and leads to a conclusion that definitely has me on tenterhooks for the next instalment. Four weeks can’t go by fast enough.