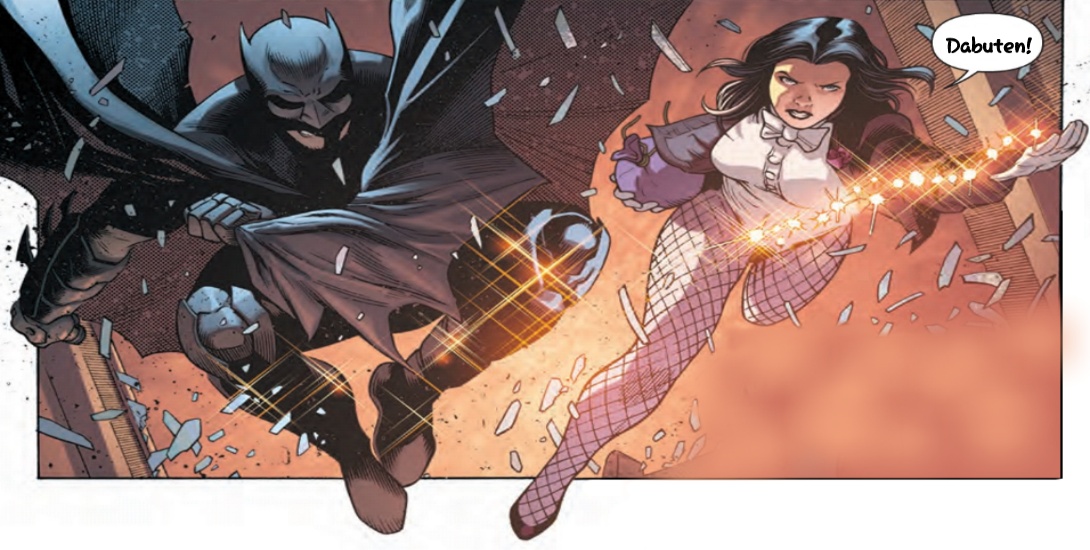 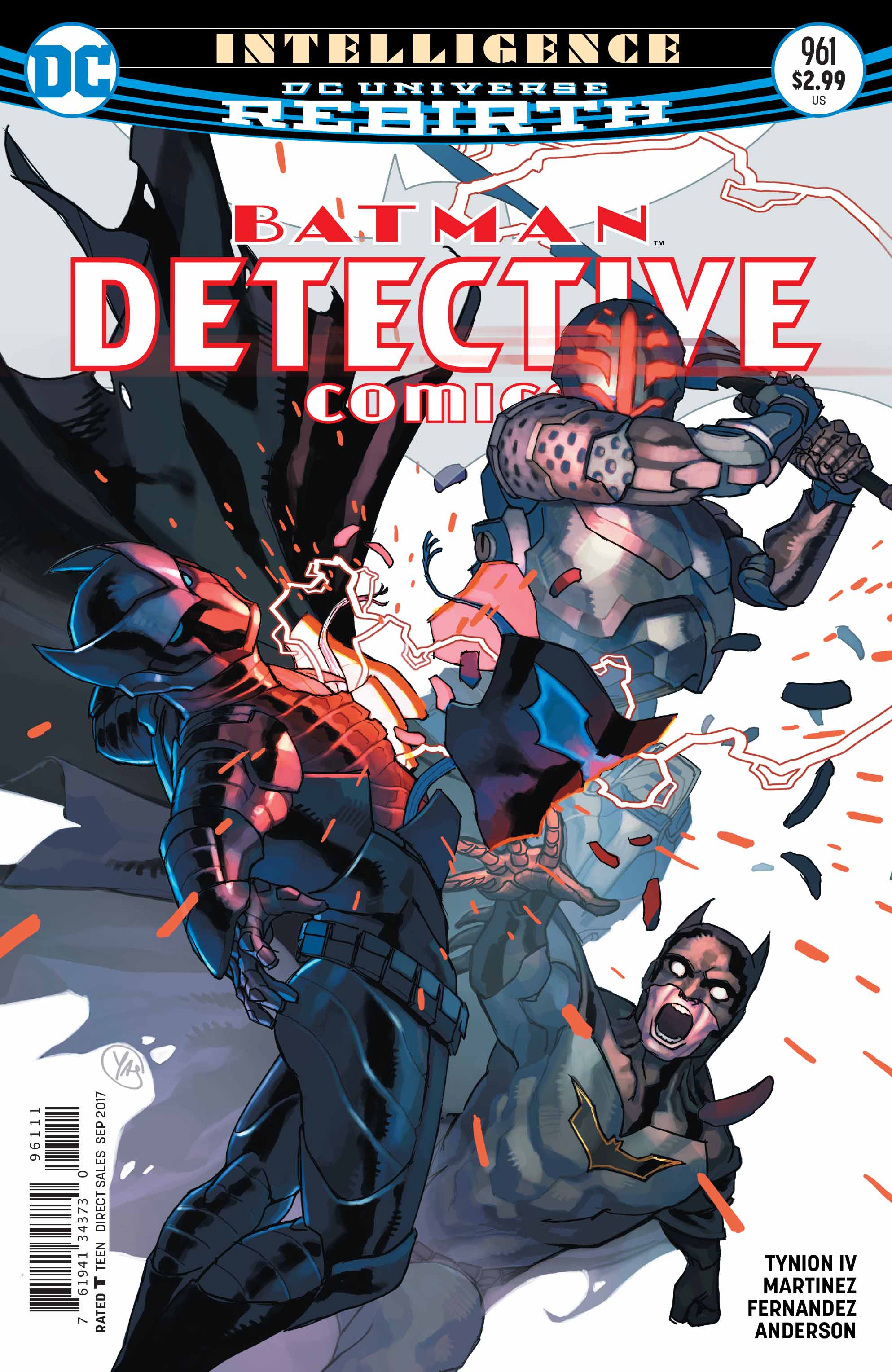 I’m so glad that I don’t have to wait a whole month for every issue of Detective Comics. Sometimes even the short wait of two weeks is exquisite torture. “Intelligence,“ Part Four was so worth waiting for.

This title honestly brings back the emotions that I felt as a child or teenager. Back then reading comics was fun, exciting and exhilarating. I sometimes wish that my favorite titles still had letters pages, as a teenage me may have written something like this:

Dear Detective Comments. I’ve just read issue #961, and all I can say is… wow!

I really love the way that you’ve brought back Azrael. When he first appeared I thought he was mega cool, but he was a horrible Batman. I know that was the point, with everyone wanting a darker Dark Knight, one that dealt with his enemies more ruthlessly, even permanently. You couldn’t turn Bruce Wayne into a killer just like that, and so you gave us Azrael. Most people hated him as Batman, so you proved your point, and the one, true Caped Crusader returned.

I’ve been hearing that you’re bringing back the Azrael/Batman, and was a little worried as to how. I should trust James Tynion more. In recent issues we’ve seen Rookie and all the bat-suits… it was all laying the foundations.

The drawings this issue were amazing! The fights, the magic, the facial expressions, the action, the emotion. Ace! Álvaro Martínez, Raül Fernandez and Brad Anderson all deserve a pay-rise! The way the three artists work together is as magical as one of Zatanna’s spells! From the candles on page one, to Zee’s aura, the Gnosis Sphere, the light behind Zatarra as he discovers the young intruders in his study… this art team is just that, a team. Each artist is amazing, but together they’re just rad!

“THWUMP” “TWUMP” Jean-Paul’s helmet must be really solid, as it’s the only thing that’s made a noise in three issues! Sal Cipriano’s lettering is, as always, so good. Ascalon’s scary speech bubbles, and the long dialogue between Bruce and Zatanna are clear, crisp and easy to read. James Tynion needs to give Sal more biffs and kapows, though… I miss them.

Many of my friends and family say that I’m getting too old for comics, but when they’re this good I don’t care. Thanks for another great issue. 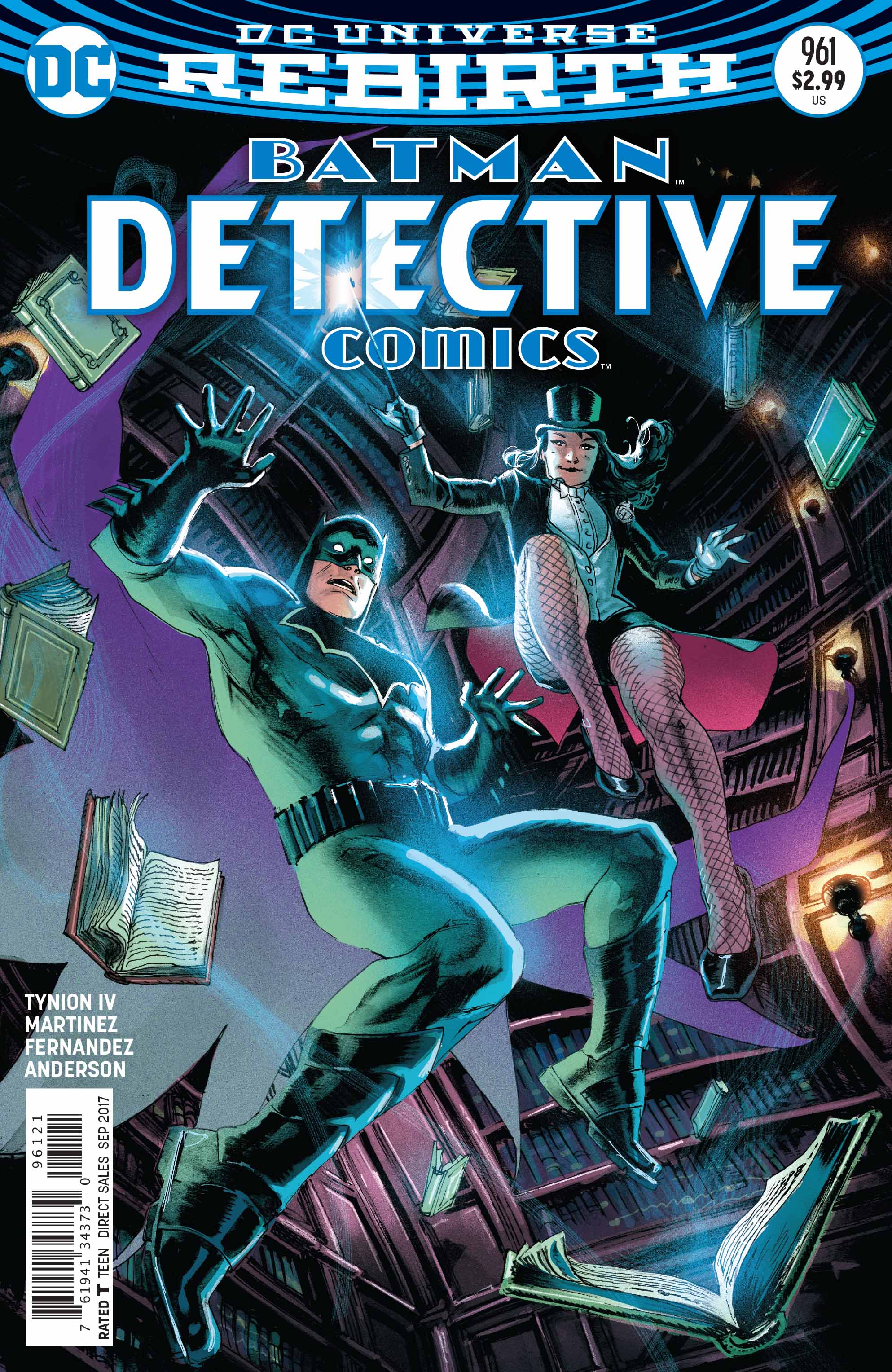 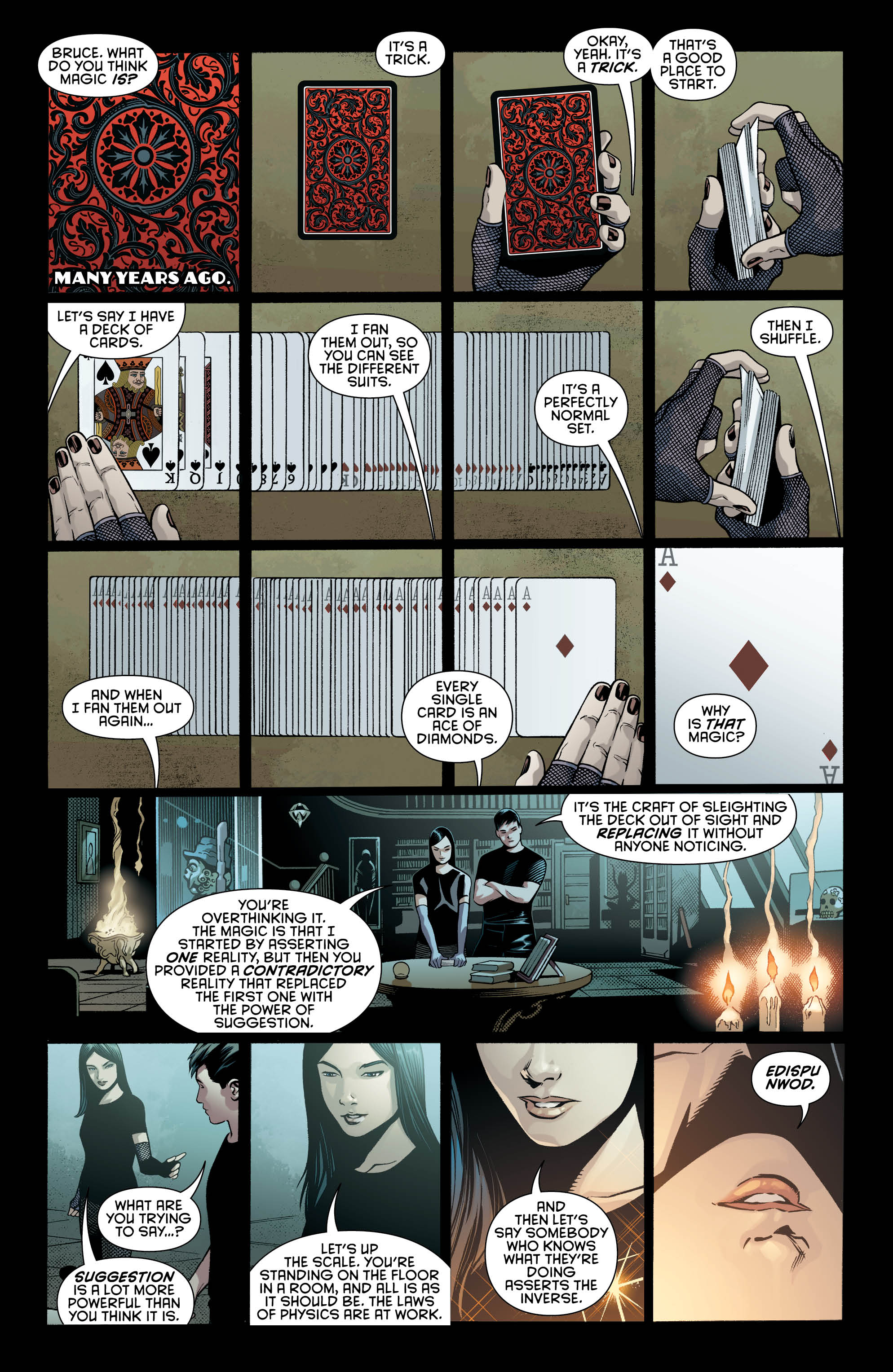 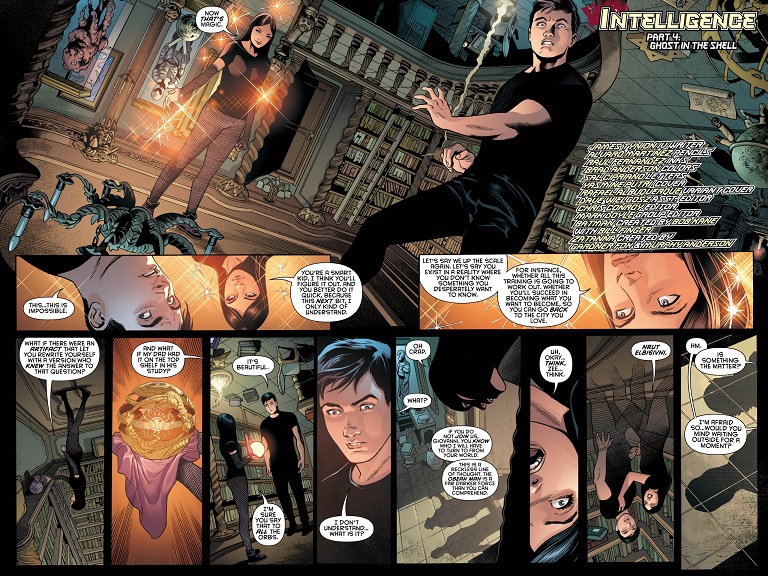 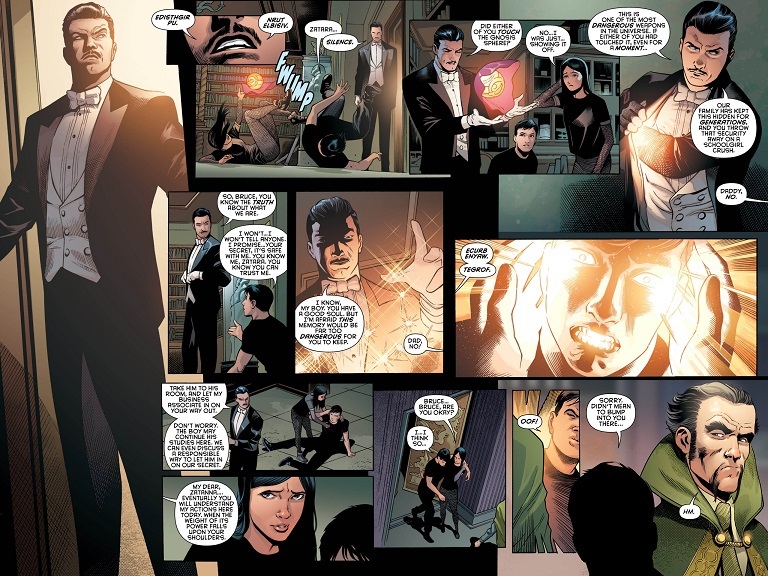 Dear Steve. Yeah… this is what comics should be. The terrifying child Ascalon/Azrael inside Jean-Paul’s mind; evocative of religious zealotry, brainwashing and indoctrination. There are themes that adult readers will pick up, while the script, the art and the action still have everything that makes comics fun, for readers of all ages.

Kate Kane is a joy to read this issue. I love the way that every character in this book has a distinct, unique personality. They’re all real.

Batwoman’s line “Cassandra just showed up, and I think together we’re going to be able to kick your holy @$$ back to Kingdom come.”

Azrael’s “I see what you truly are. Sinners. In need of salvation.”

James Tynion recently said online that Álvaro choreographed the fight scenes this issue, and in the next. Damn! This fight is amazing, I can’t wait for #962! The pace and draughtsmanship from Mr. Martínez is outstanding and, as always, Raül and Brad’s finishing touches elevate the look of the issue even more. This team is a comics tour de force.

Let’s not forget Sal Cipriano. James Tynion writes A LOT, Sal makes it easy to read. Like the music in a movie, Sal’s efforts bring atmosphere and complete the final product, by NOT jumping out and taking over. I love sound effects in comics, but only when they’re necessary and they don’t obliterate the art. Mr. Cipriano performs his role admirably.

The pieces are all in play, and all that awaits is the endgame. I’m both dreading and anxiously anticipating the conclusion to this story. I can’t wait to see what happens next, but don’t want it to end. People have been asking me for years, why I still read comic-books. The reason, is issues like “Intelligence,“ Part Four in Detective Comics.