Review: Batgirl and The Birds of Prey #12 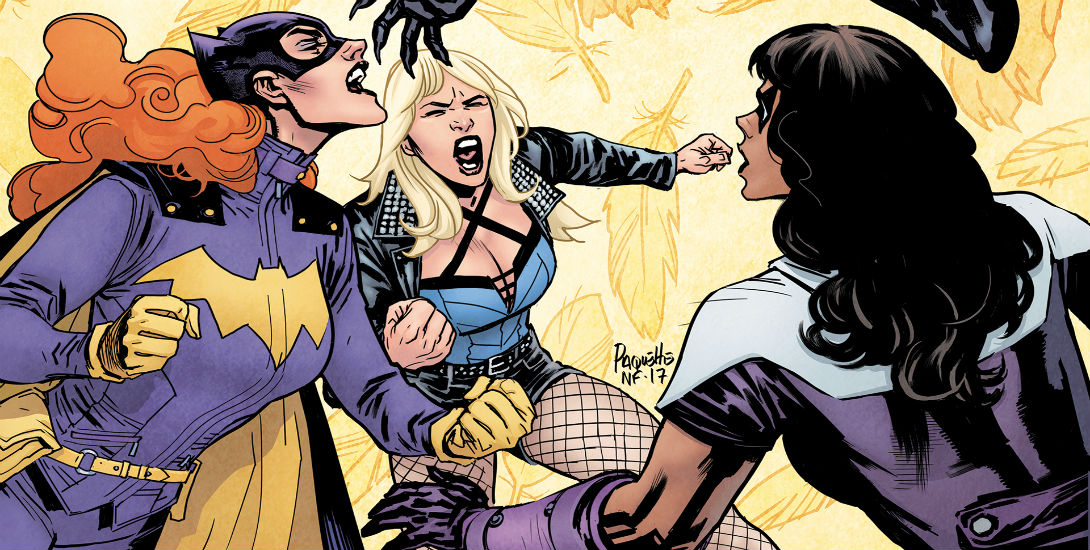 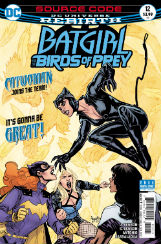 At last! We are finally back with the exploits of Batgirl and The Birds of Prey, and I’m delighted to say the wait was definitely worth it! I admit, waiting to review issue #12 was one of the most highly anticipated waits I endured since I reviewed Batwoman #2. My heightened anticipation mainly derived from that jaw dropping ending in the previous issue. What an ending that was! Now I have the joy of finally writing about what follows on from it.

Issue #11 ended with The Birds of Prey discovering that Catwoman was the thief who stole a vial of proprietary formula from the Terracare company. Yes, you read it – Catwoman! I was so looking forward to how Julie & Shawna Benson would weave Catwoman into the “Source Code” story arc. The writing duo did a brilliant job of incorporating the iconic anti-hero into The Birds of Prey series. Catwoman served as an integral part  to the story arc’s progression, rather than a mere cameo.

Issue #12 starts off with The Birds of Prey debating over their next course of action. The trio eventually formulate a plan to confront Catwoman, retake the formula from her and infiltrate Terracare to rescue Calculator’s (Batgirl’s old foe) family. However, since Catwoman is a very elusive individual, actually meeting her in person is easier said than done.

Therefore, Batgirl calls upon – wait for it – Bruce Wayne himself to arrange a meeting! Holy Bat Cameo, I fanboyed out! What made Bruce Wayne’s (one-page) cameo so great, is that it didn’t feel like he was shoehorned into the story arc. It would make sense for Batgirl to contact Bruce Wayne, of all people, to find Catwoman. This is largely due to Batman and Catwoman’s blatant affiliation with one another. Their growing relationship in Batman’s own Rebrith series also serves as substantial evidence. 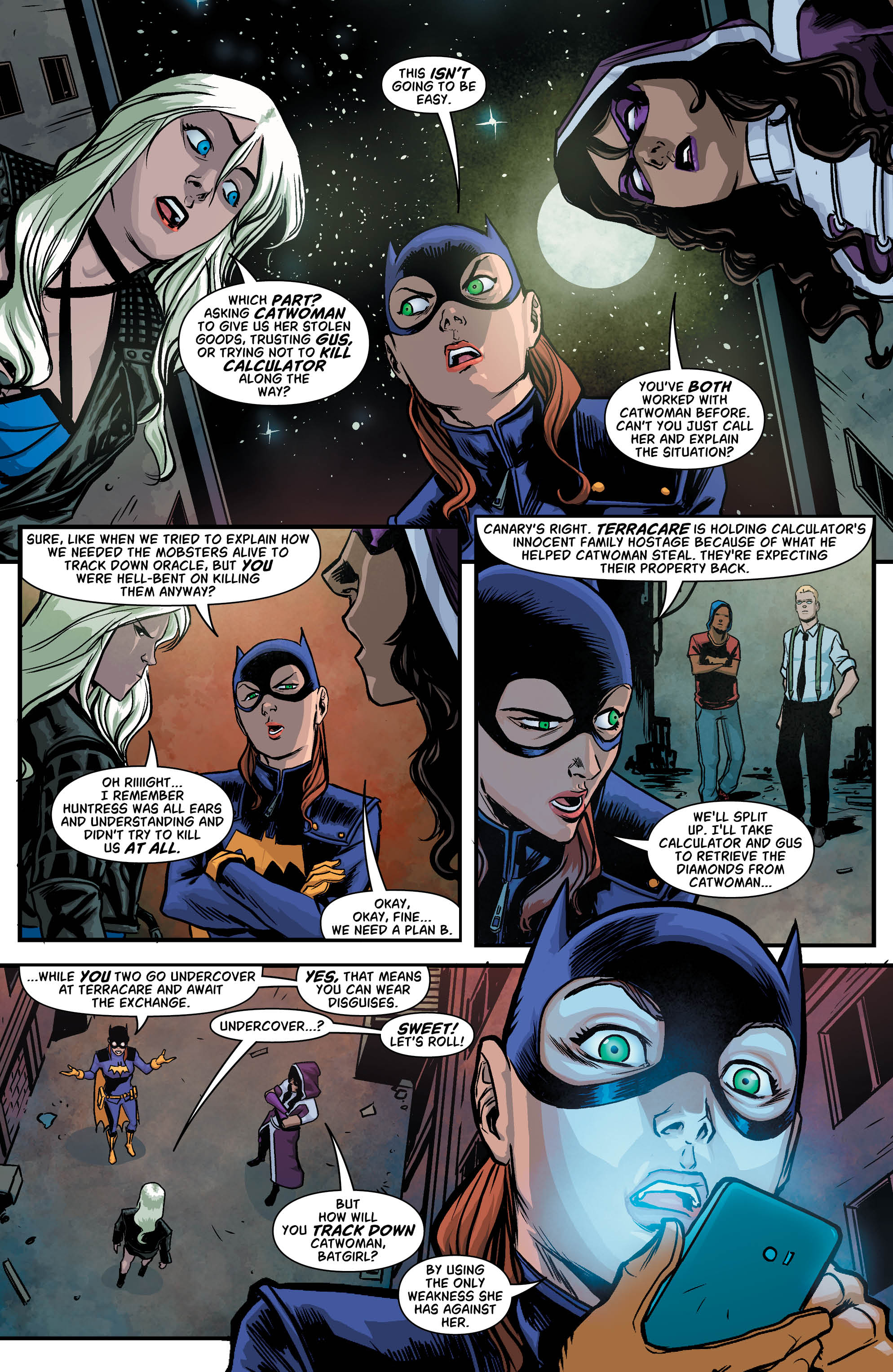 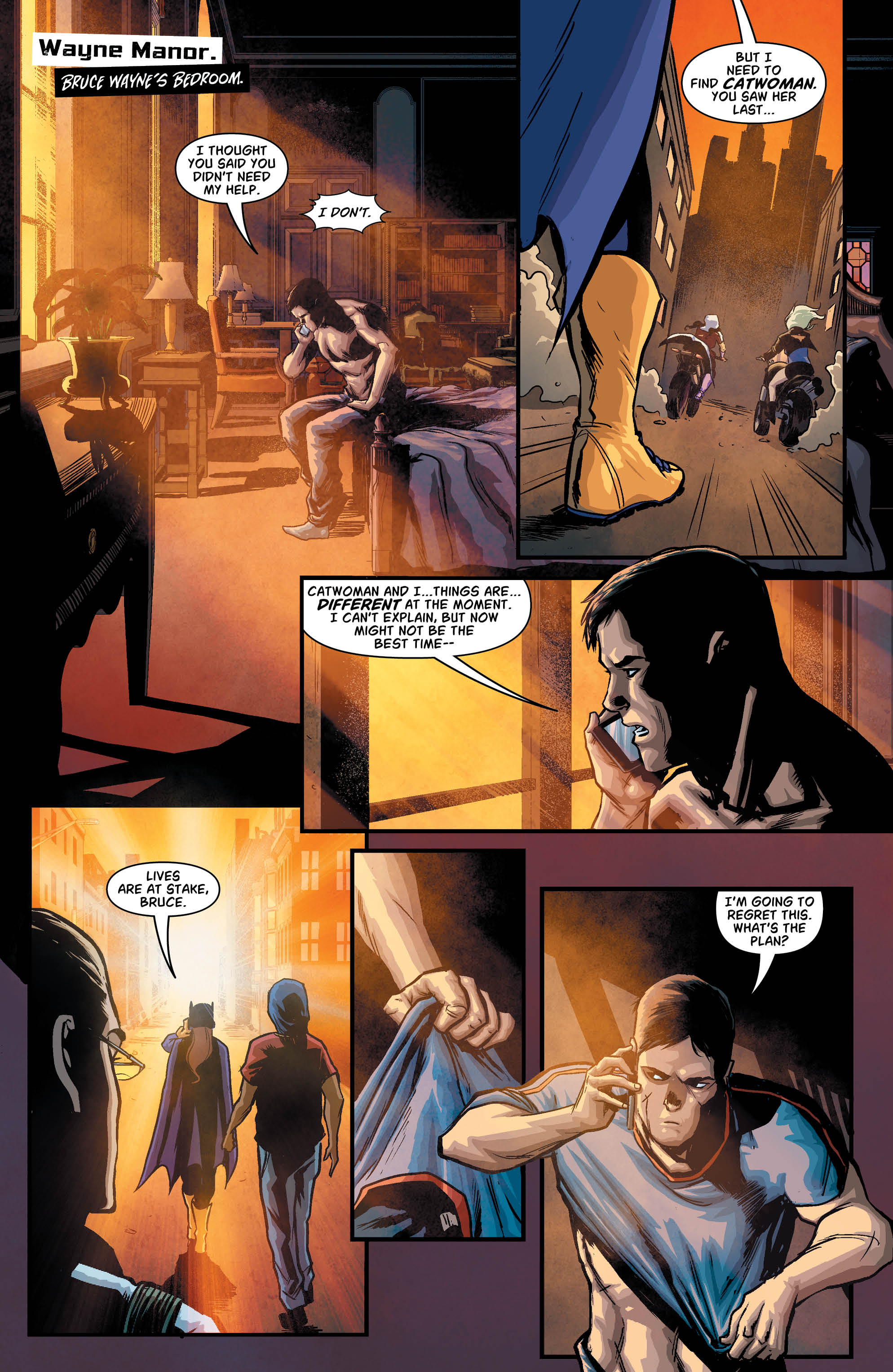 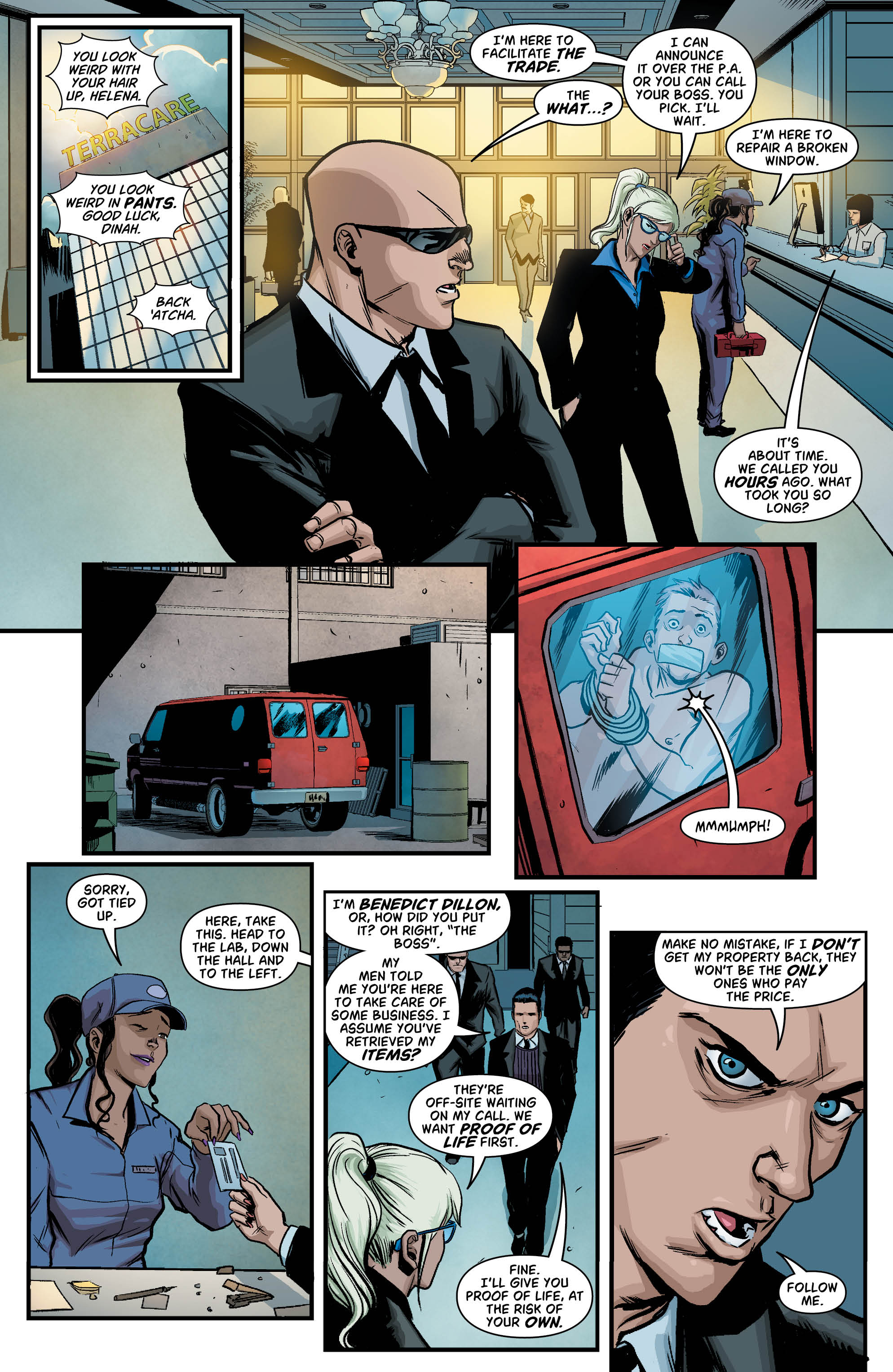 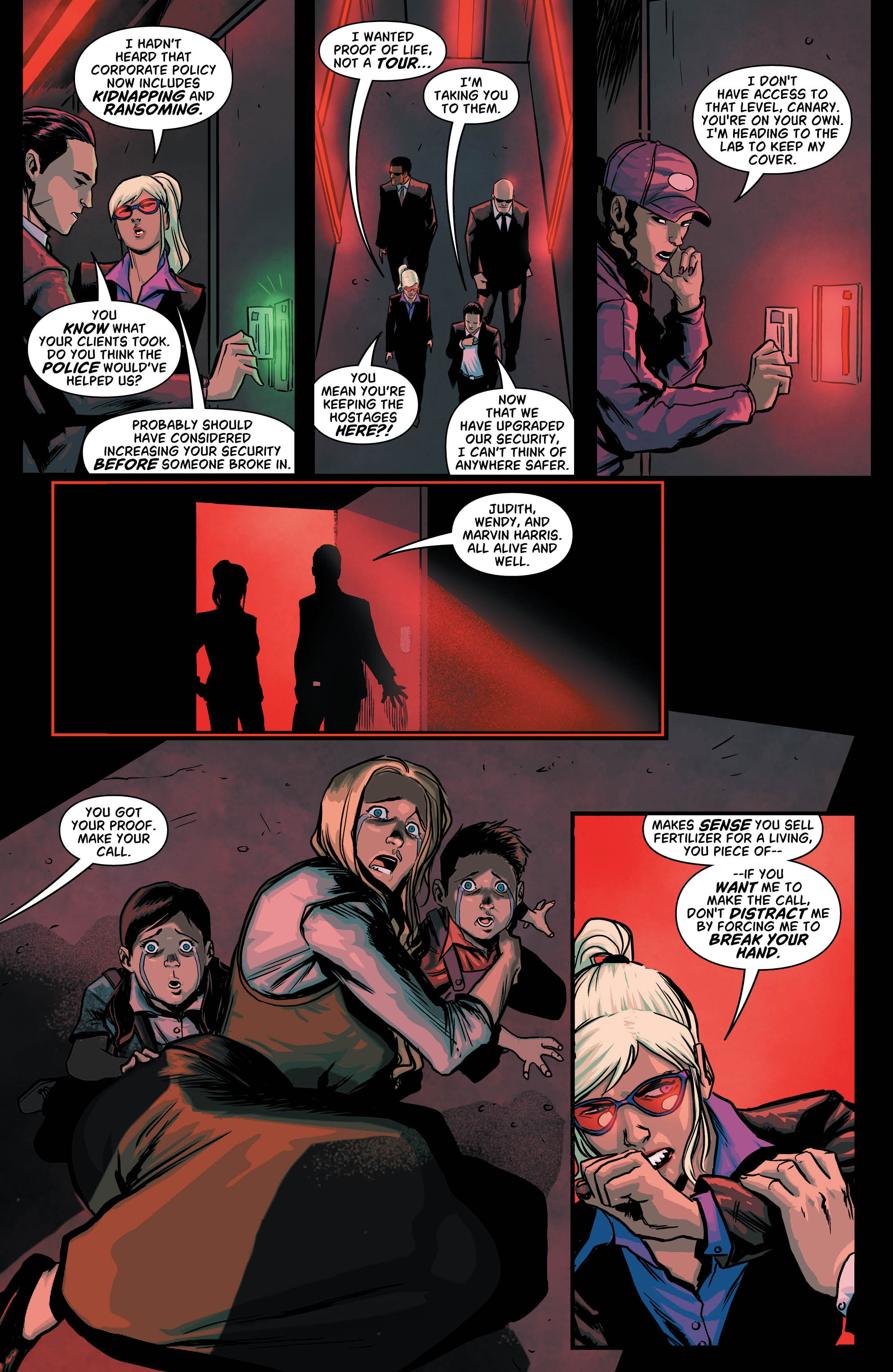 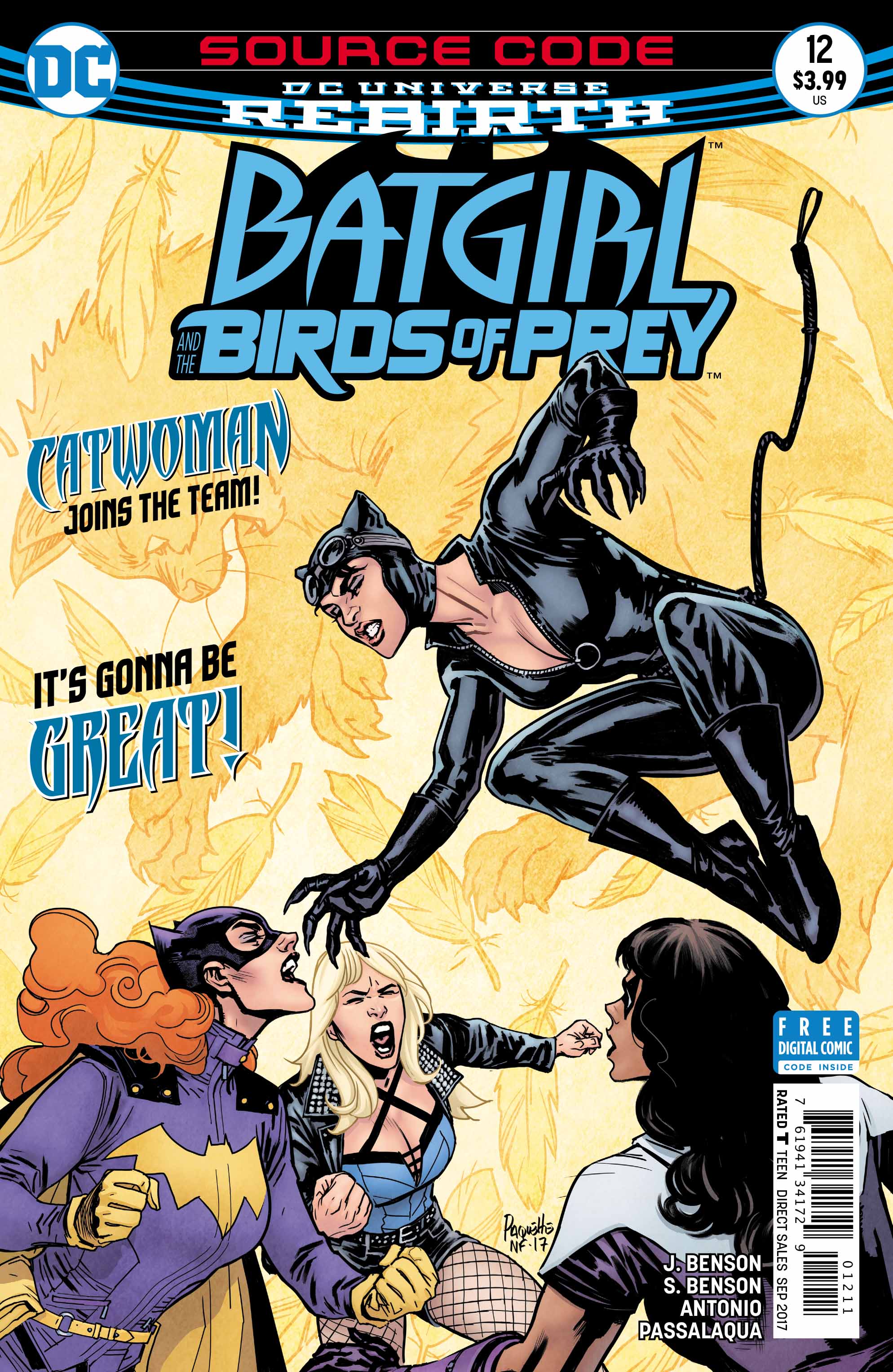 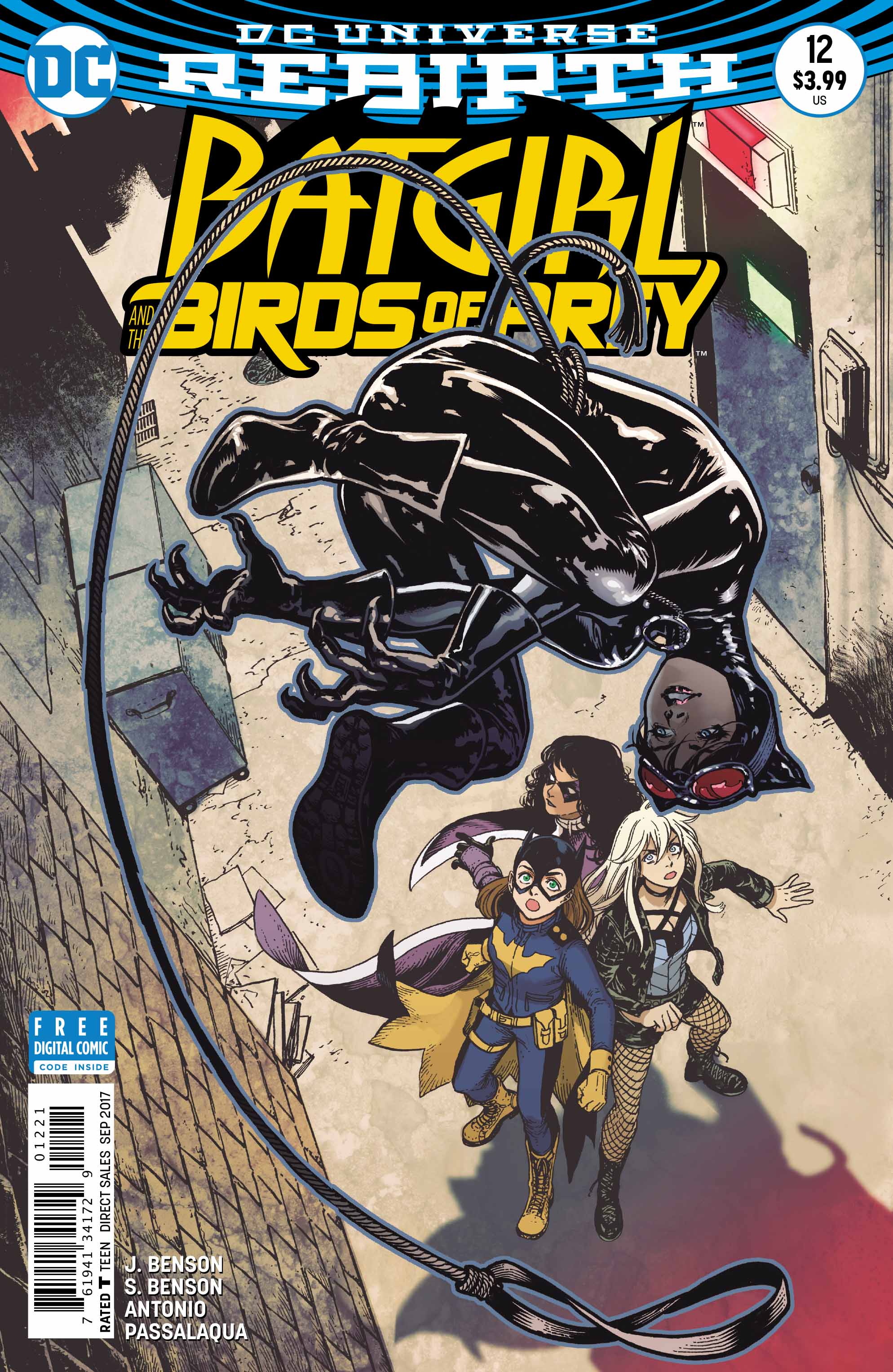 Batgirl confronts Catwoman, while Huntress and Black Canary infiltrate Terracare to find Calculator’s family. The Birds of Prey’s rescue plan becomes even more complicated when Catwoman reveals that Poison Ivy is about to unleash a attack on Terracare! The issue concludes with Batgirl and Catwoman running towards the Terracare building, which is now overrun with Ivy’s plants.

Issue #12, without a doubt, contains some of the most hilarious writing in the series yet. The comic is littered with clever one-liners, character quips and was emulated masterfully via the panels.  This is a really stark contrast to the previous issue’s deep emotional tone. Nevertheless, I really appreciated the comedy element. In retrospect, it made this issue all the more enjoyable to read. Some comical highlights were Gus’s (the new Oracle) fanboy crush for Catwoman and Calculator’s smart remarks to Gus’s said crush. Julie & Shawna Benson, like always, have nailed the interaction between The Birds of Prey trio! The dialogue overall is sharp, witty, full of laughs and captures the spirit of the characters.

The story had some brilliant pacing. It moves along at such a steady pace.

I was disappointed by Poisons Ivy’s character design. It felt there wasn’t much thought put into etching Ivy’s design and consequently she looked, admittedly, bland. I also found a small, slight error in the final page. I noticed a couple of speech bubbles were aligned to the wrong characters. So, for example I saw a speech bubble saying: ‘Catwoman, wait! We need a plan!’- spoken by Catwoman. But it’s a minor criticism, compared to how much I loved reading this issue.

Honestly, I would have to say that issue #12 is my favourite issue yet in the series! While issue #11 emotionally gripped me with its thoughtful characterization, issue #12 was simply a joy to read the whole way through. I was genuinely laughing during my read throughs. I highly commend Julie & Shawna Benson for including three iconic Batman characters, without ever sacrificing the plot. Despite some less than stellar character designs, I am really digging the art style.