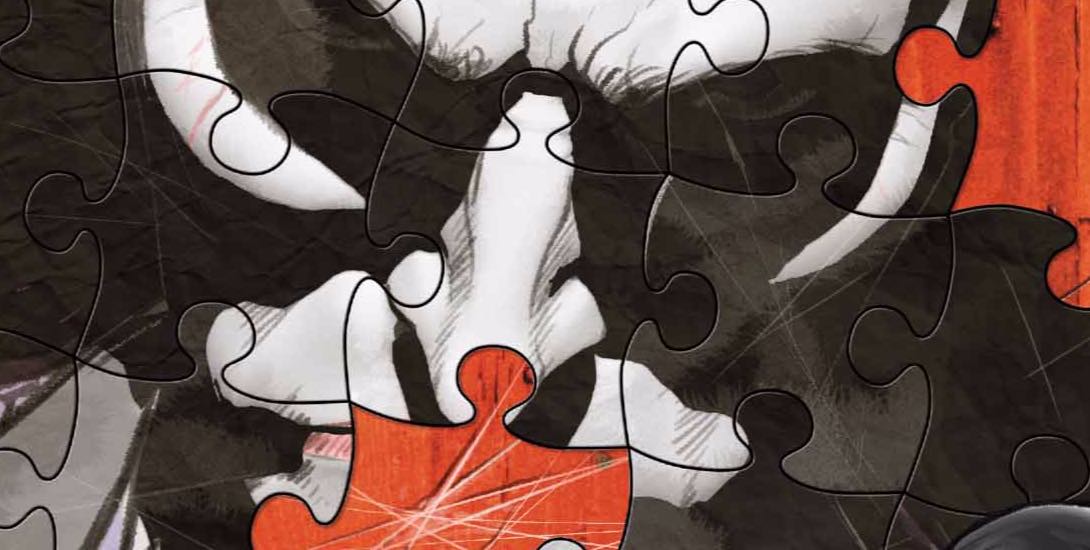 “The War of Jokes and Riddles” Part 2 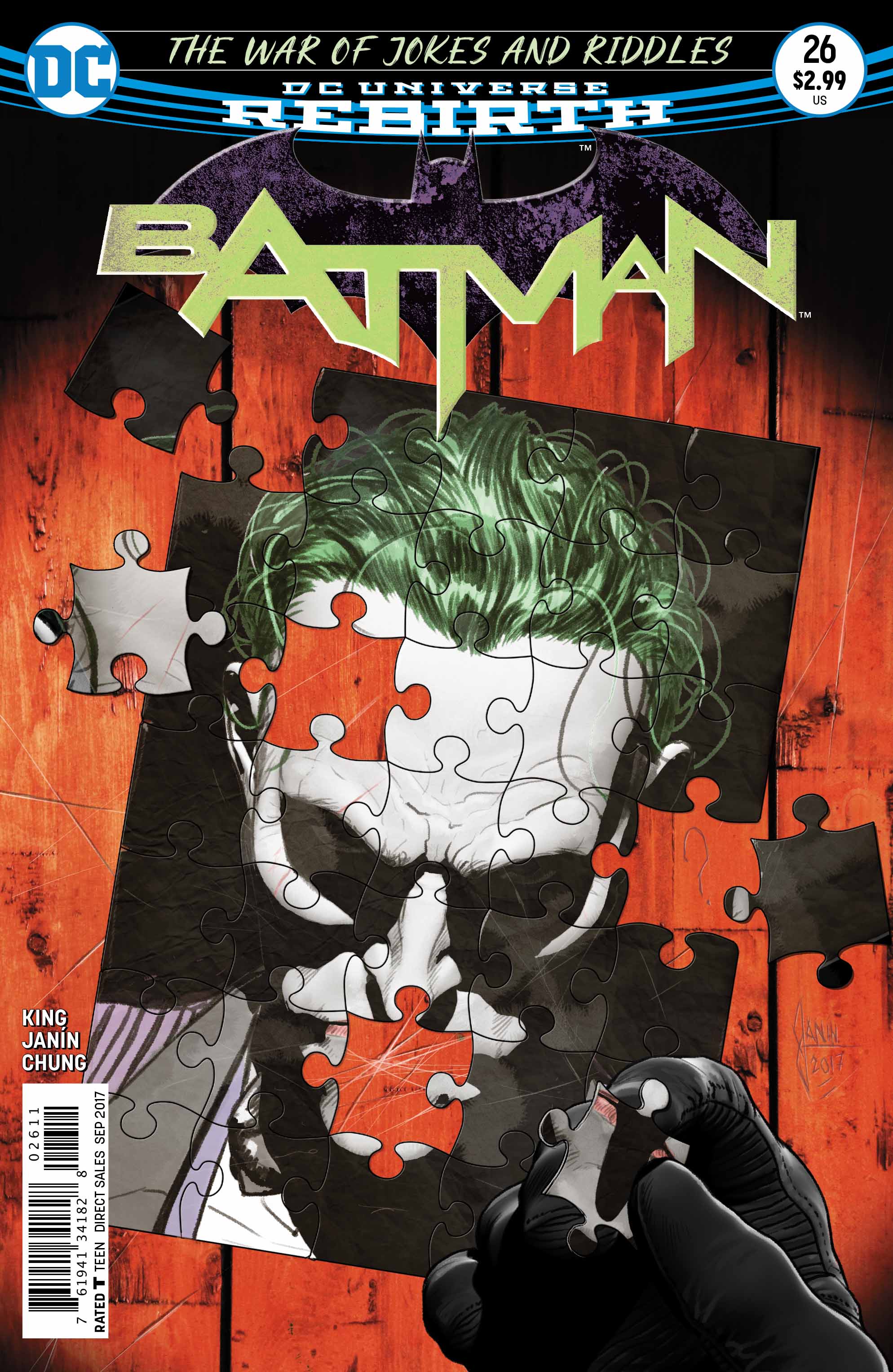 “The War of Jokes and Riddles” starts heating up as both the Joker and Riddler recruit criminals to their side. Meanwhile, Batman is chasing a trail of bodies left in their wake.

The war between the Joker and Riddler begins in this issue. Both sides assemble help from Poison Ivy, Carmine Falcone, and the Penguin. As one expects, the action gets more intense. A highlight of setting the story in Batman’s second year is that we are treated to the new Rebirth versions of certain character’s origins. Some characters appear to already have established villain identities, whereas somebody like the Penguin has his origins unfolding within the story. Another pleasure of a flashback story is seeing Batman’s evolution as a crimefighter. He is more grounded, relying on normal tools to fight, as opposed to fancy, futuristic gadgets. There is some inexplicable giddy joy derived from seeing Batman ride up in a normal motorcycle swinging an ax.

However, there is also the flip side of seeing Batman early in his career. Here, Batman appears to be a really incompetent at rescuing people. This issue alone boasts of at least 16 people being killed, with numerous more innocent deaths being teased.  I get that this Batman is still a little green, but it makes him look really bad at his job. This point is punctuated when Bruce Wayne lists of every single death. It is a really long list.  However, those deaths also create good drama for Batman as he struggles with being fallible and living up to an incredible reputation that he has already built for himself. Tom King also seems to be using the deaths as a sort of turning point for Batman’s career. There is a slow progression of Batman going from a fresh, idealistic crusader to being more jaded and cynical. 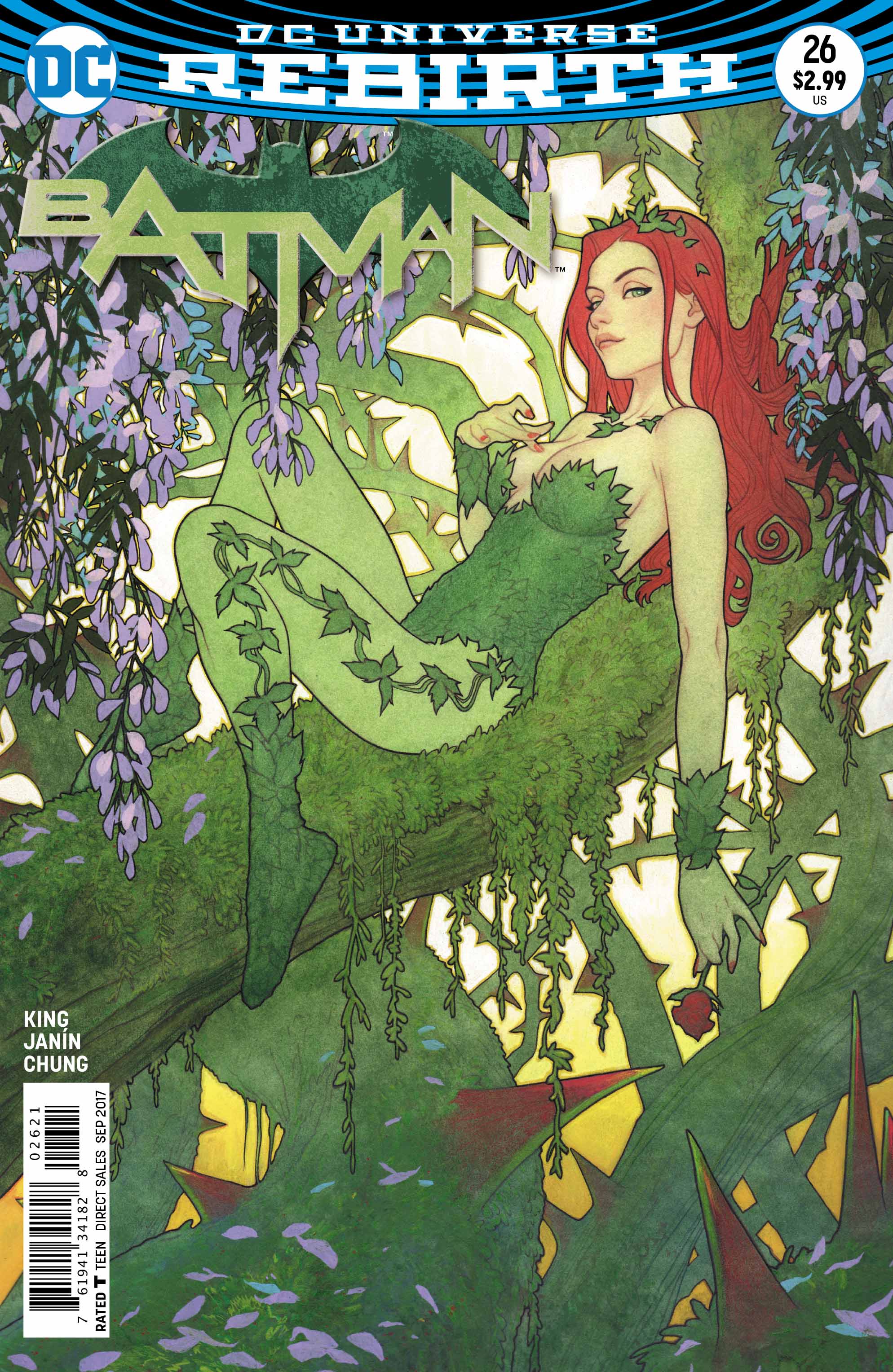 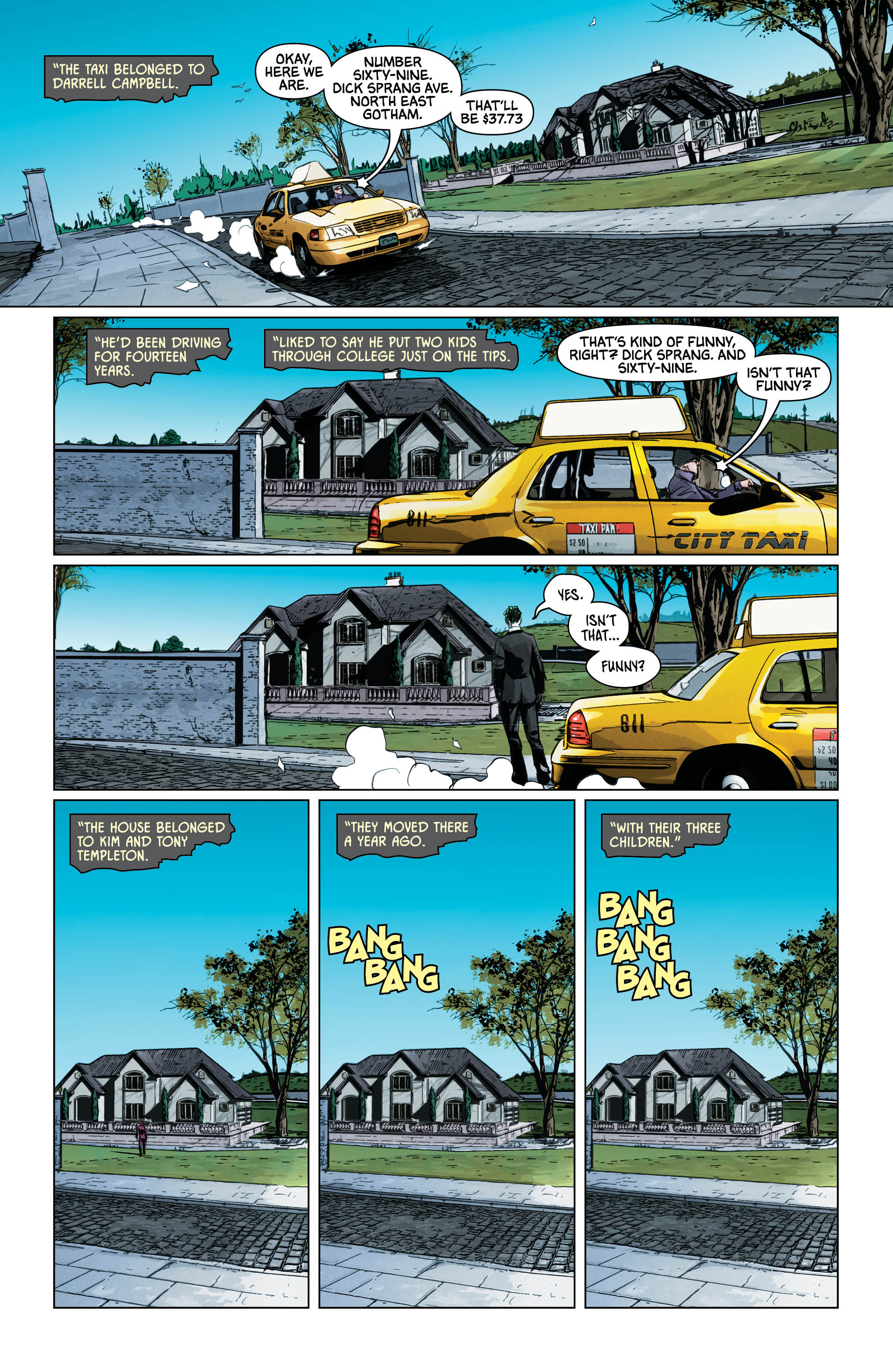 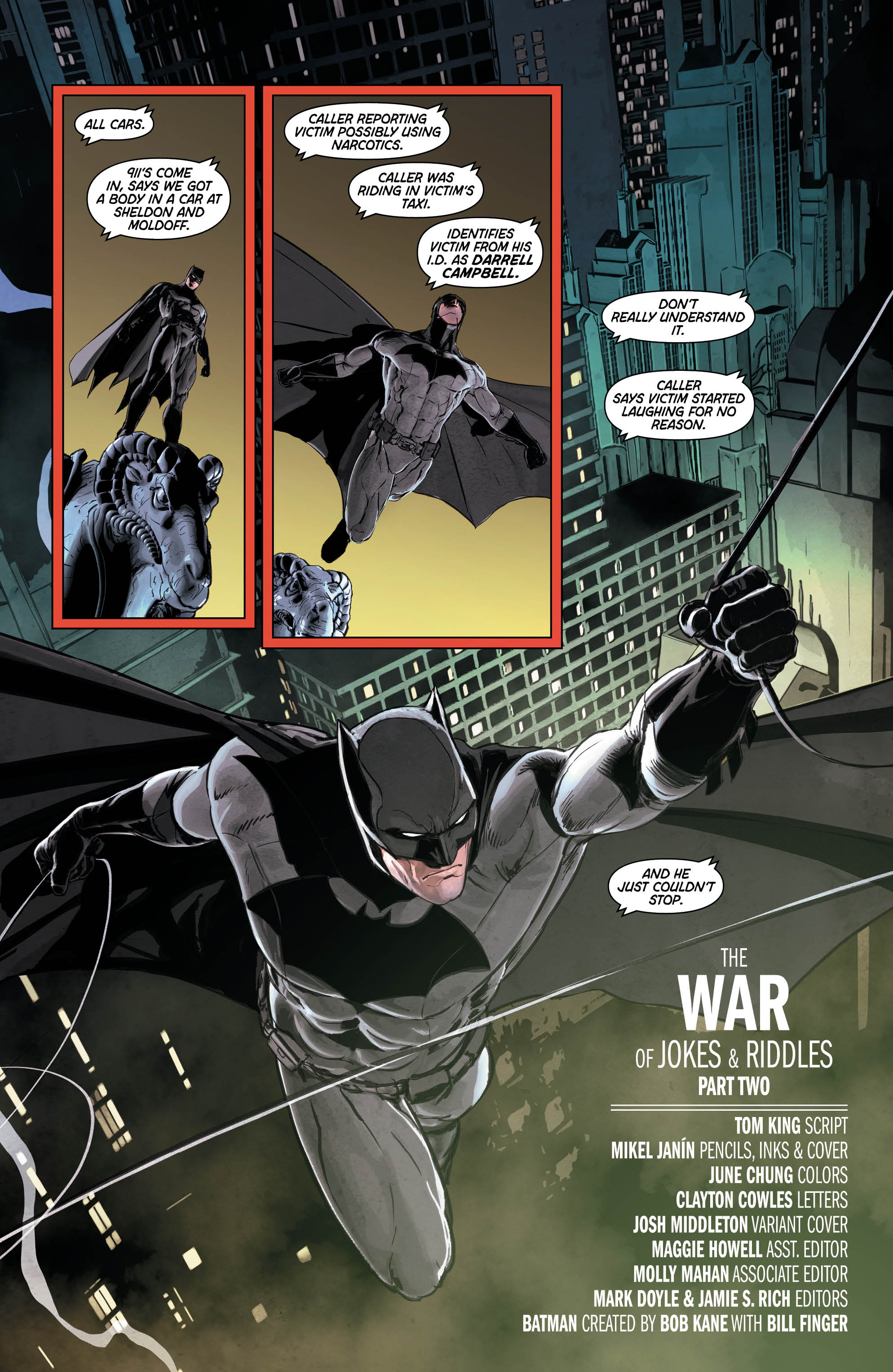 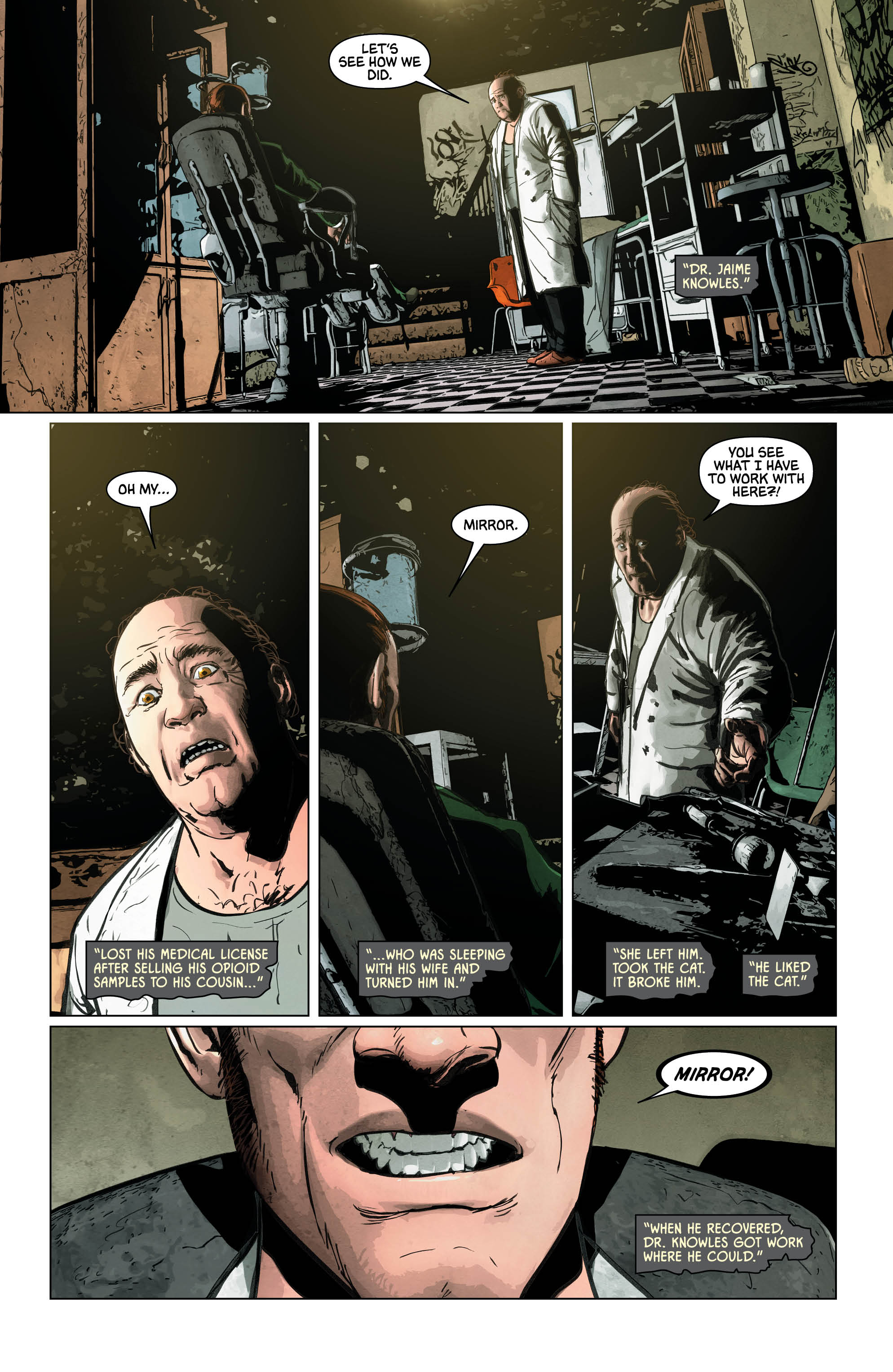 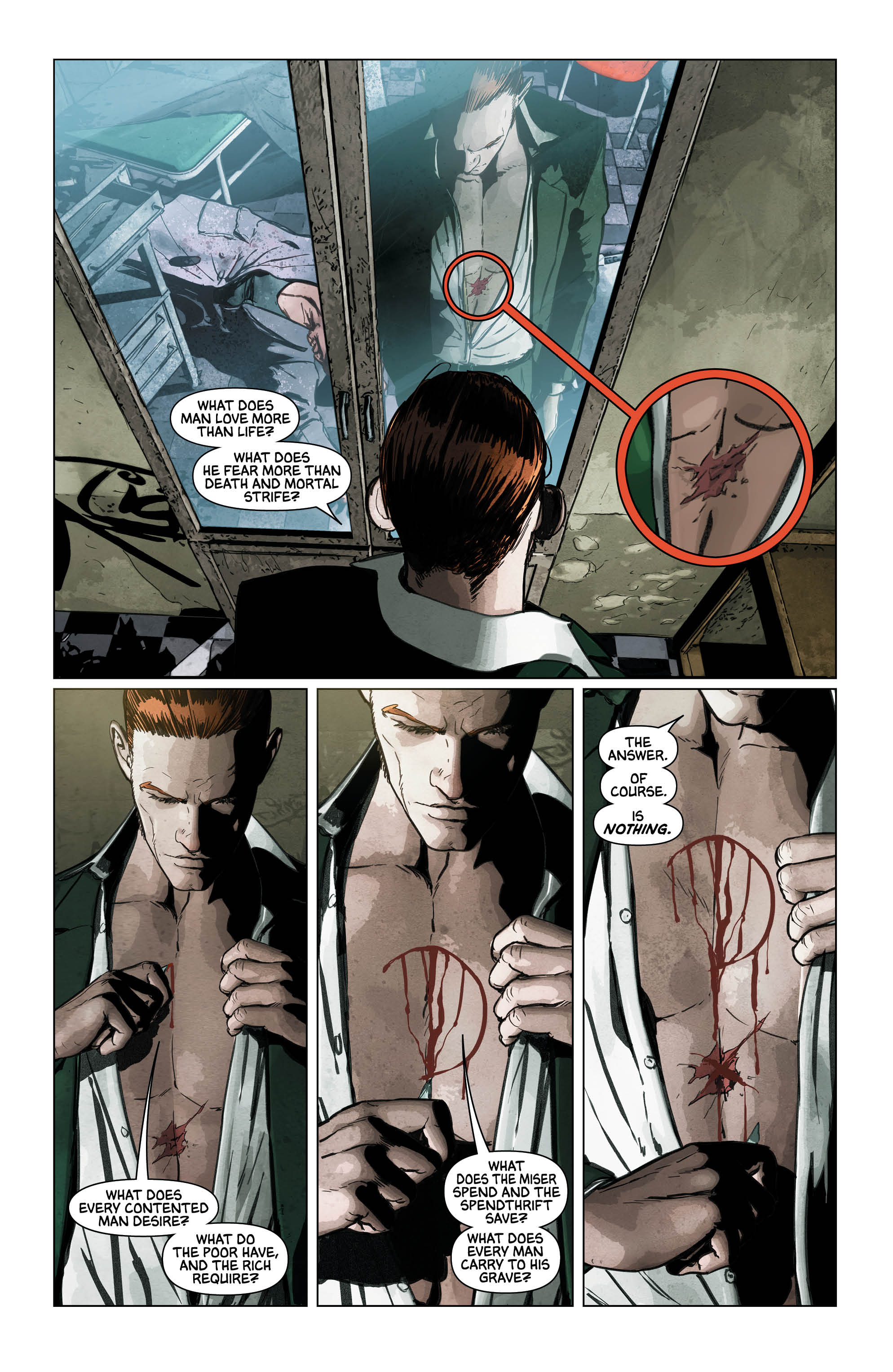 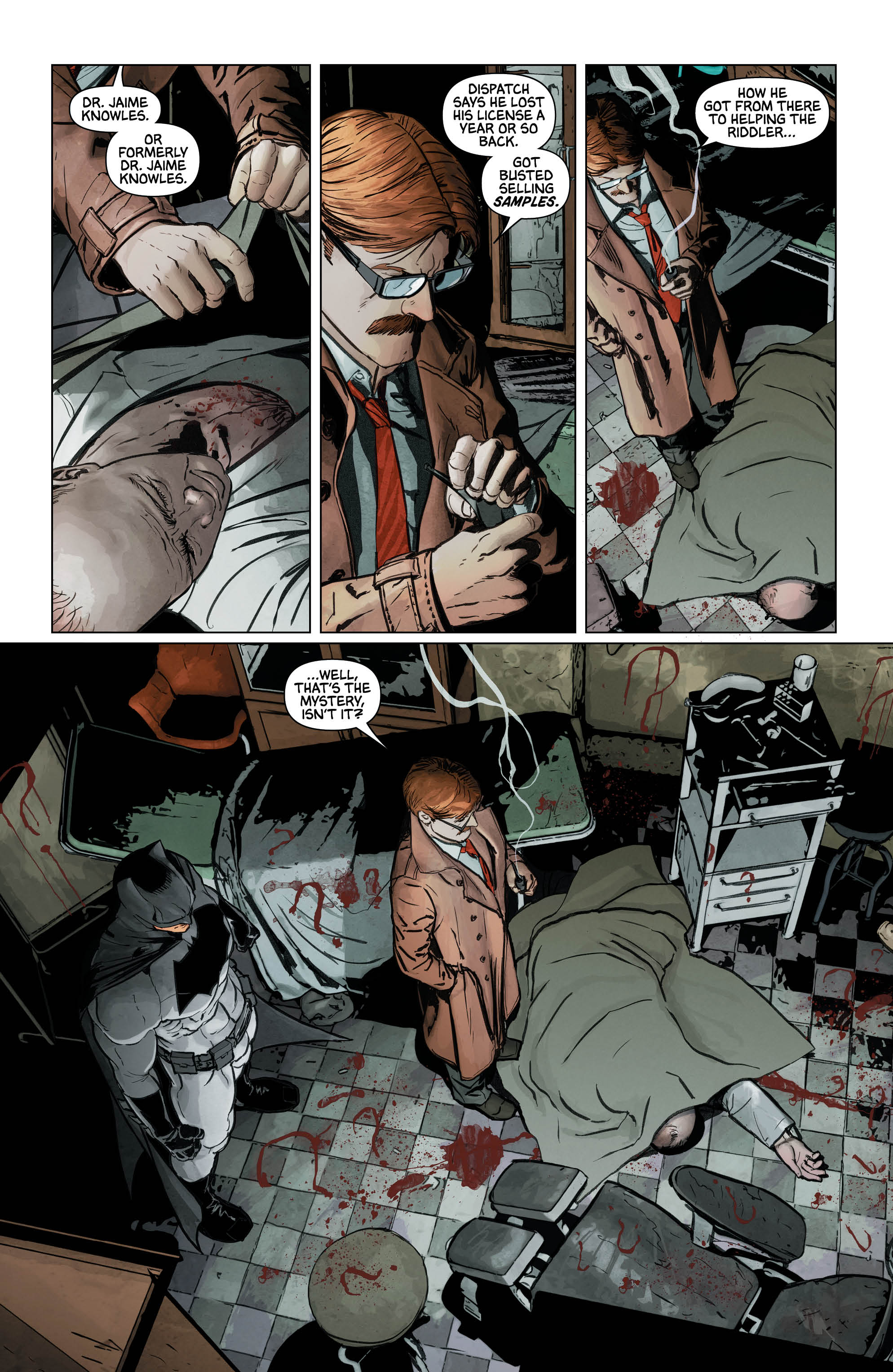 Like last issue I have a problem with King’s portraying the Riddler as a physical murderer. Here, he cuts a question mark into his torso before brutally killing another person with his barehands. That seems way too bloodthirsty for the Riddler, who was portrayed by Scott Snyder as a coldly-pragmatic intellectual in “Zero Year.” Yes, Snyder’s Riddler indirectly caused the death of many people in that story, but he never chopped people up with a shiv. That seems more of a Joker kind of thing.

It would be remiss to not mention how beautiful Mikel Janin’s art is. He still has amazing details that is both simple and intricate. It helps that the story is set in the day to really soak in the full glory of his art. Just look at the level of details he puts in his backgrounds. It is insane how full the world of Batman feels.

King and Janin produce another fantastic issue of Batman that promises high action and fun easter eggs. It is also full of intriguing character work and a great hook. If one can get pass Batman’s questionable skills as a savior and the Riddler’s serial killer depiction, then it is a highly enjoyable comic.