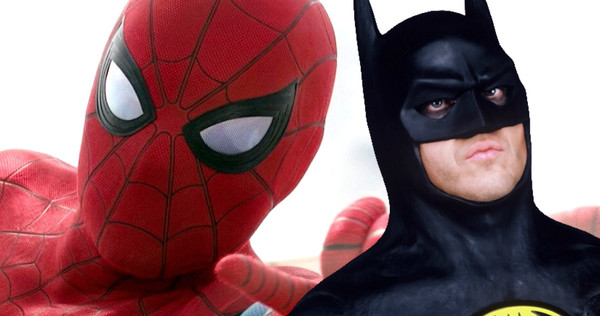 During an appearance on Jimmy Kimmel Live for his role in the upcoming Marvel film Spider-Man: Homecoming as Adrian Toomes aka The Vulture, Kimmel shared with Keaton who his favorite comic book superhero is, and Keaton wasn’t impressed.

“I love Spider-Man, he’s my favorite comic book character,” Kimmel says to the once Dark Knight.

Keaton then jokingly gets up and pretends to start choking out Kimmel, causing Kimmel to apologize and say “I’m sorry, I forgot, you’re his nemesis.”

In disbelief, Keaton then says “No, I’m Batman! What the f*** are you talking about!?” then puts his hat back on and pretends to start leaving the interview.

Michael Keaton, of course, starred as Batman/Bruce Wayne in Tim Burton’s Batman (1989) and Batman Returns (1992).  He was slated to return for Batman Forever as well, but when Burton refused to lighten the tone for WB, they brought in Schumacher to make it more light and fun, causing Keaton to walk away and Val Kilmer to be recast.

However, instead of saving Gotham from the Joker and Penguin, Keaton will next be seen causing havoc in New York City as the Vulture in Spider-Man: Homecoming on July 7, 2017. 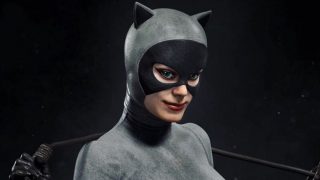