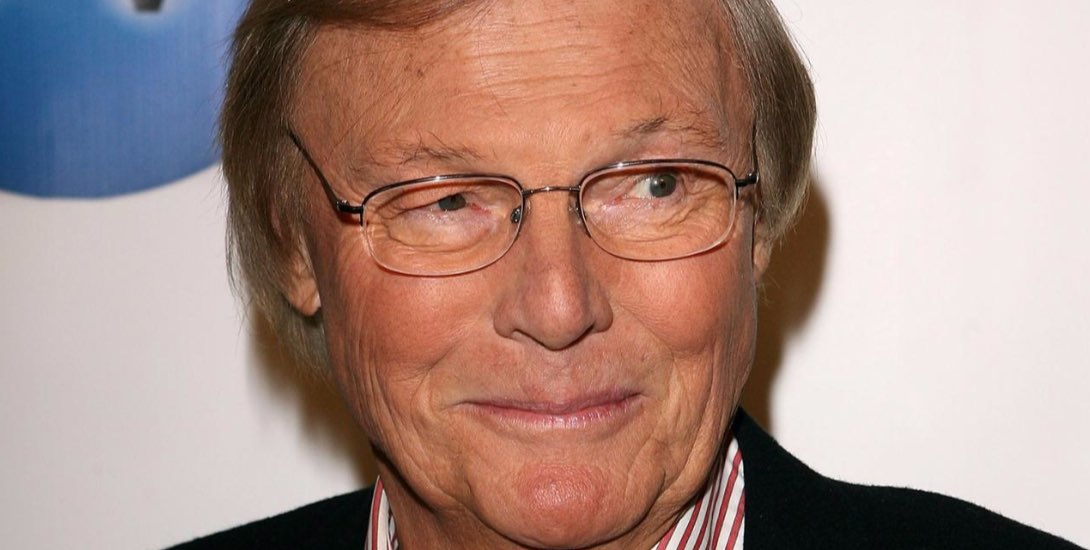 Yesterday, the world discovered that they lost a TV legend. For most comic book fans, they lost their first ever superhero. Adam West passed away at the age of 88 on the night of June 9th, after a brief battle with leukemia.

Though known for many things, including the inscrutable Mayor Adam West on Family Guy, DKN as well as most of the world rememer him as Batman in the 1966 series. For many, he was the first superhero they ever saw, inspiring many to be good and just, while pushing others into the realm of comic books and the arts.

Yesterday, after the news broke of his passing, Hollywood took to the Internet to share their love and appreciation for the icon.

Oh Batman my Batman! I’m standing on my chair to honor #adamwest – the man whose portrayal of costumed justice made me wanna be a good person when I was a boy. The #adamwestbatman was my first Batman at age 4. His performance was campy to most, but to me, that’s how true heroes spoke. A lifelong love of the character started with Mr. West’s interpretation of what he called, instead of the Dark Knight, the Bright Knight. He brought joy to a somber character and a Fatherly tone to a TV role model. I was lucky enough to meet Adam many times, including the day at @stanleecomiccon when super-fan @ralphgarman and I hosted Adam, Boy Wonder #burtward and movie Catwoman #leemerriweather (where we took this pic). He was pure love and joy. He remained my hero, even in adulthood, as well as a real life role model for interacting with fans. Adam loved his fans – especially #ralphgarman, who worked tirelessly to get Adam a star on the @officialhollywoodwalkoffame. Farewell, Caped Crusader. Off to Superhero Heaven you go, where all your rascally rogues are ready to see you again! Atomic batteries to power. Turbines to speed. Heart to broken. #KevinSmith #adamwest #batman #foreverbatman #rip #legend #icon

Pictured to the right of Burt Ward, is Ralph Garman. He is Kevin Smith’s co-host on the podcast Hollywood Babble-On and lifelong fan of Batman ’66. He has worked with West on Family Guy and worked for many years to get him a star on the Hollywood Walk of Fame. Garman also houses one of the largest collections from the series. He had this to say on Twitter:

I am shattered, but, I’ll always be grateful for the bit of cosmic magic that allowed my boyhood hero to become my close friend. RIP Adam. pic.twitter.com/cMxmrldCKl

MacFarlane’s co-star on the show, Seth Green is also a huge geek, having created Robot Chicken which parodies all of our geeky fandoms, had this to say in a statement to Variety:

“He was a true hero of mine — grew up watching him as Batman, and got the privilege of both working with and directing him. He’s generous and always classy. Very sad to think of the world without our beloved Mayor. How lucky we are he left so much behind.”

Greg Berlanti, who created the Berlantiverse of DC shows currently running on the CW, had this to say:

Mr. West, thank you for all those afternoons you helped me and other 70’s kids dream about the fun of being a hero. RIP, good sir.

Thomas Schnauz, one of the writers on Breaking Bad and Better Call Saul, posted this photo with a touching caption:

Farewell Adam West. You were MY Batman. Such a super funny, cool, charismatic actor. Loved the show as a kid, still love the show now. POW! pic.twitter.com/6QAZnOhtMs

Though I’m not familiar with his work, Alan Spencer, TV writer and creator of Sledge Hammer!, posted this moving tribute to West:

When I was a kid, I didn’t realize TV’s #Batman was pure camp. When I got older, I realized Adam West was pure genius.

Cartoonist Butch Hartman, creator of Fairly Oddparents, worked with West for a parody called Catman. He posted this video to YouTube:

Voice actor, Tara Strong, who acted alongside West in Fairly Oddparents took to Twitter with this:

My heart is broken. He was SUCH a nice guy… #AdamWest will live on forever in so many ways. Sending love to his family 💔 #Batman #Catman pic.twitter.com/9Cea1ytuPn

The legendary writer/artist Frank Miller chimed with something short, but poignant:

Words can’t express how much of an impact Adam West had my childhood. I lived to see his show every afternoon after school. Same Bat-time. Same Bat-channel! Entire generations of comic book fans and professionals owe their love of Batman to the character Adam West brought to life. Through the bright, playful prism of the show, his Batman reflected the true heroism and virtues of the caped crusader and made millions want to don a cape and cowl and champion for justice. Beyond the role–he was without a doubt, one of the kindest, most gracious people one could be lucky enough to spend some time with. #RIPadamwest thanks @hamillhimself 🙂

In a statement from DC Entertainment, Geoff Johns said this about the late actor:

“Like many others, Adam West as Batman was part of my childhood. Watching those reruns every day after school, Batman made reading comics that much more real for me growing up.”

Kevin Conroy, the voice of Batman in The Animated Series, said his farewell on Twitter:

Adam West has passed. The Batman of my childhood. He brought us so much entertainment and was a truly class act. We’ll miss u Adam pic.twitter.com/5ddeOrUCSp

#AdamWest was such a wonderful actor & so kind, I’m so lucky to have worked w/ him & tell him how much he meant to me & millions of fans

And lastly, let’s hear from his co-stars.

The Boy Wonder himself, Burt Ward had this to say about his friend in a statement:

“I am devastated at the loss of one my very dearest friends. Adam and I had a special friendship for more than 50 years. We shared some of the most fun times of our lives together. Our families have deep love and respect for each other. This is a terribly unexpected loss of my lifelong friend. I will forever miss him. There are several fine actors who have portrayed Batman in films. In my eyes, there was only one real Batman that is and always will be Adam West. He was truly the Bright Knight.”

Julie Newmar, the original Catwoman and recently starred alongside West in the animated movie, Batman: Return of the Caped Crusaders, also reflected on her co-star in a statement to the Los Angeles Times:

“Stellar, exemplar, a king to the end.  He was bright, witty and fun to work with.  I will miss him in the physical world and savor him always in the world of imagination and creativity.  He meant so much to people. A friend said: ‘The father that we wanted.’ That is a great gift, no matter how you live it.”

It’s clear that Adam West meant a lot to many people. This article just shows that some of the people whom we love and admire also grew up with him being welcomed in their homes every afternoon. They’re all fans, just like you or me. We’ll all miss him.