“Made in Manhattan,” Finale 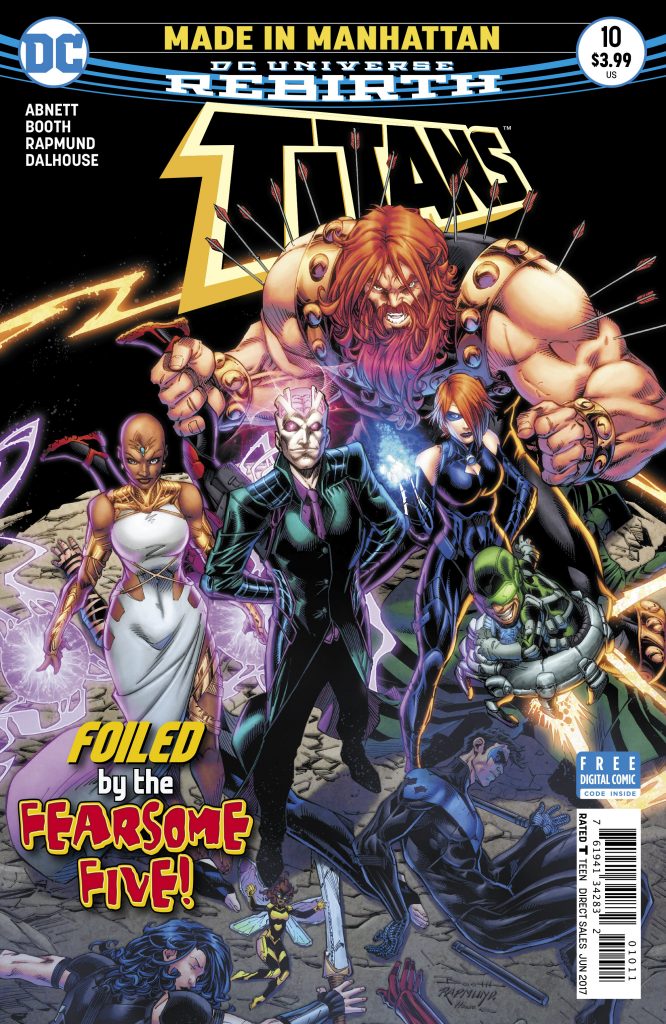 I have admit from the get-go: I didn’t expect this arc to only be three issues. In some ways I am grateful, because I have noticed a lot of longer arcs since Rebirth launched, and to only have three books to tell a story is somewhat refreshing. “Made in Manhattan” got me excited with the first issue, cemented my excitement with the middle issue, and closed off the arc in a satisfying way in this issue; I genuinely have no complaints about this arc or this issue, save for a few minor things here and there that I can see past. The writing has been consistently great, the art is stellar as usual, and the overall character and world-building has blown me away.

After being captured in the last issue, Dick and Wally took the back-seat in this finale and allowed the remainder of the Titans to face-off against the Fearsome Five. The team got dispatched rather quickly, which allowed Karen-ex-machina to save the day! I say that like it’s a bad thing, but honestly, I expected it from word go. Karen getting powers was something of a catalyst that set off this entire arc, so for her to become the savior in this final issue only makes complete sense. One thing I have to say that surprised me was the fact that Psimon basically erased her… her. He took away the parts of her that made her her and when she saw Mal at the end of the issue, didn’t know who he was. Honestly, my heart broke. I am a sucker for characters who get their memory erased or altered in some way, so that really got to me personally. 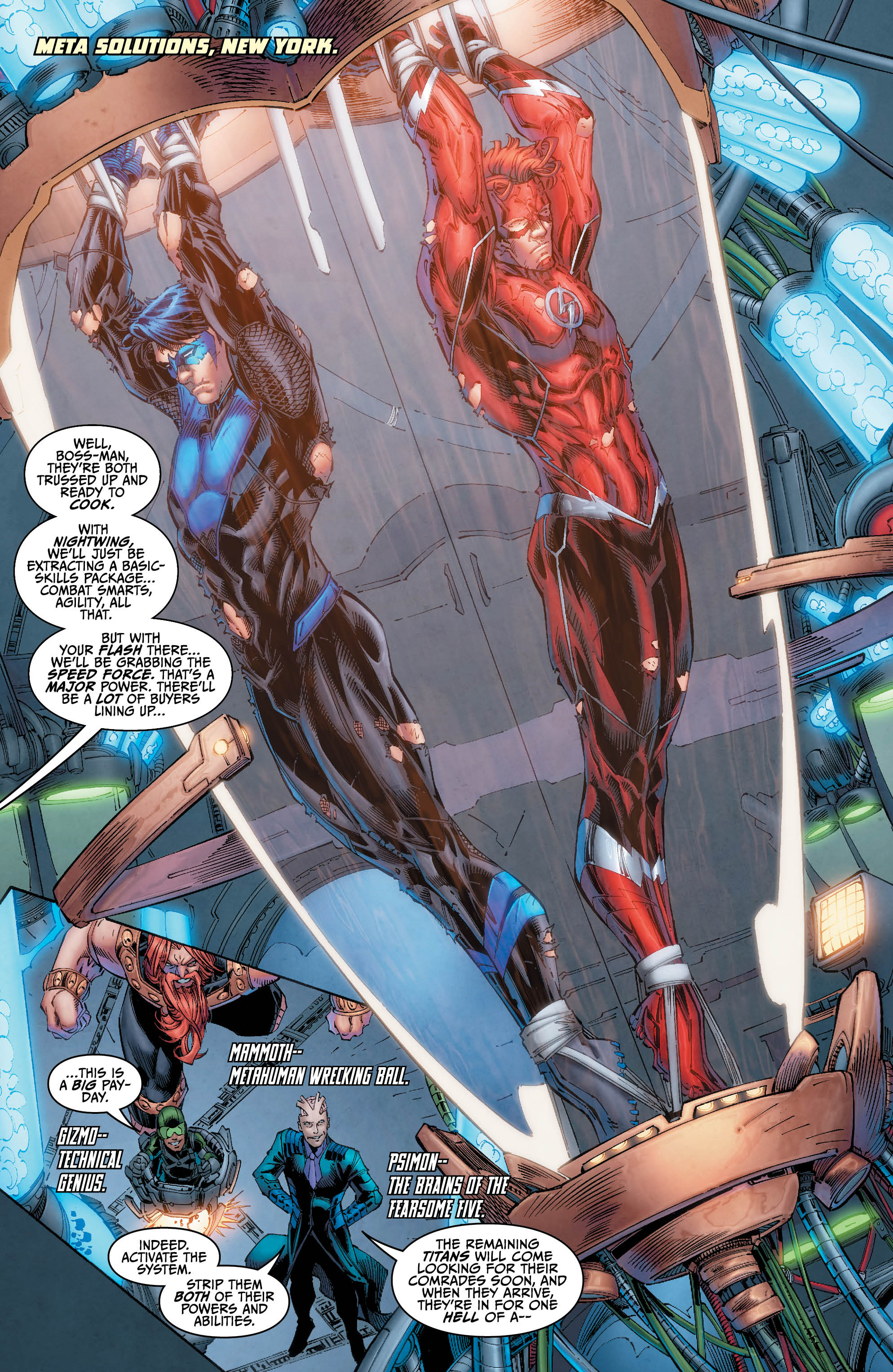 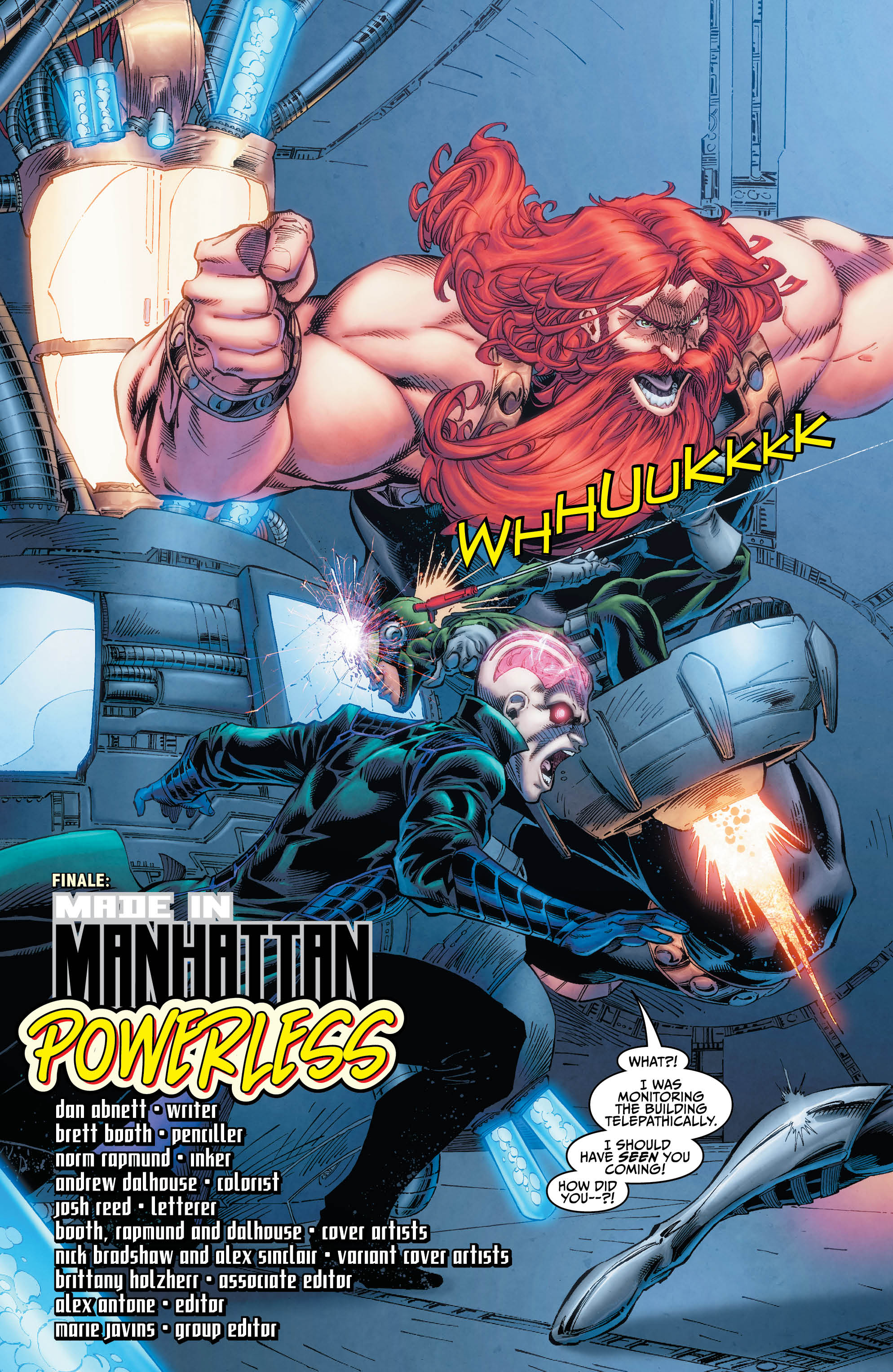 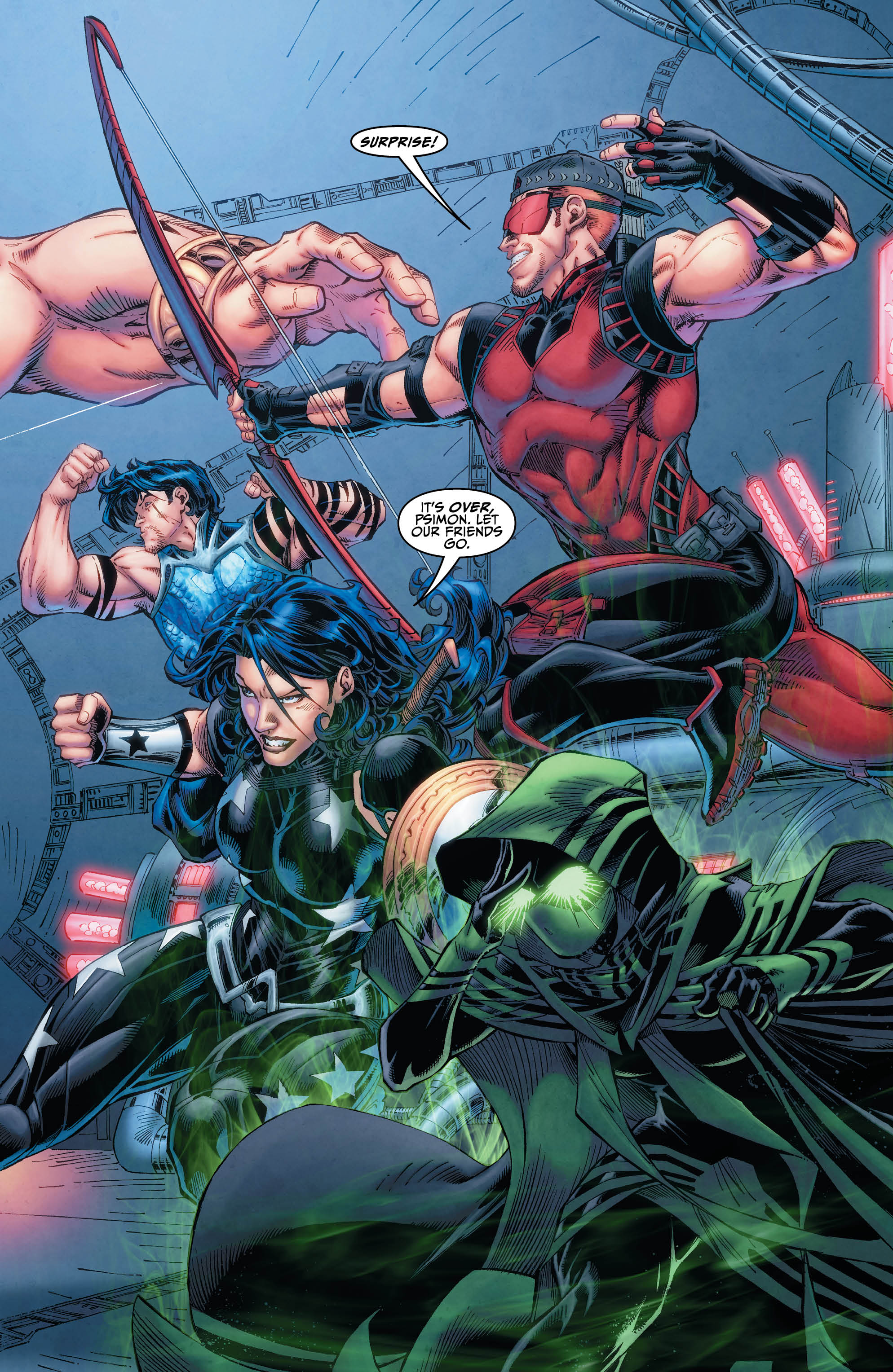 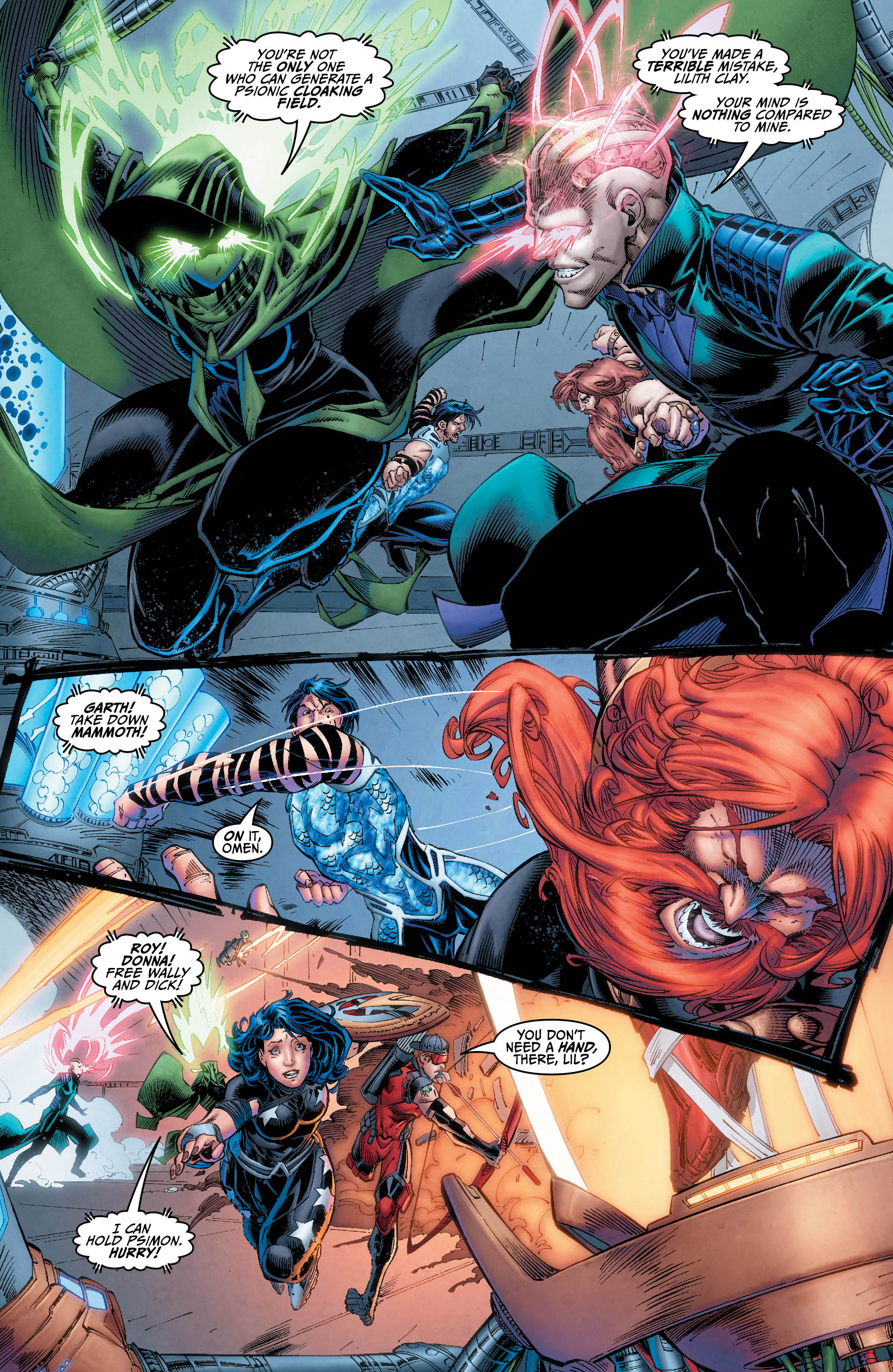 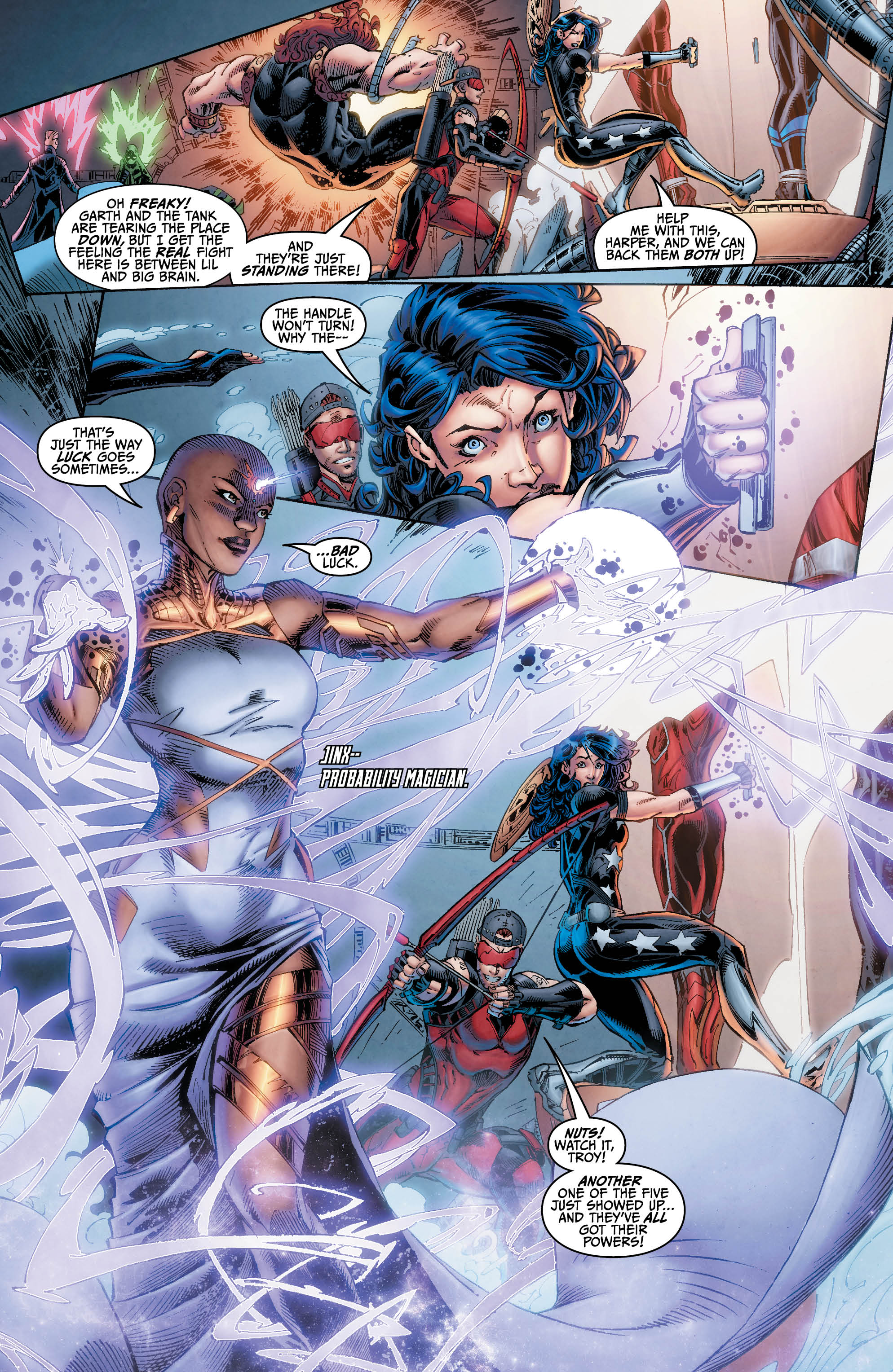 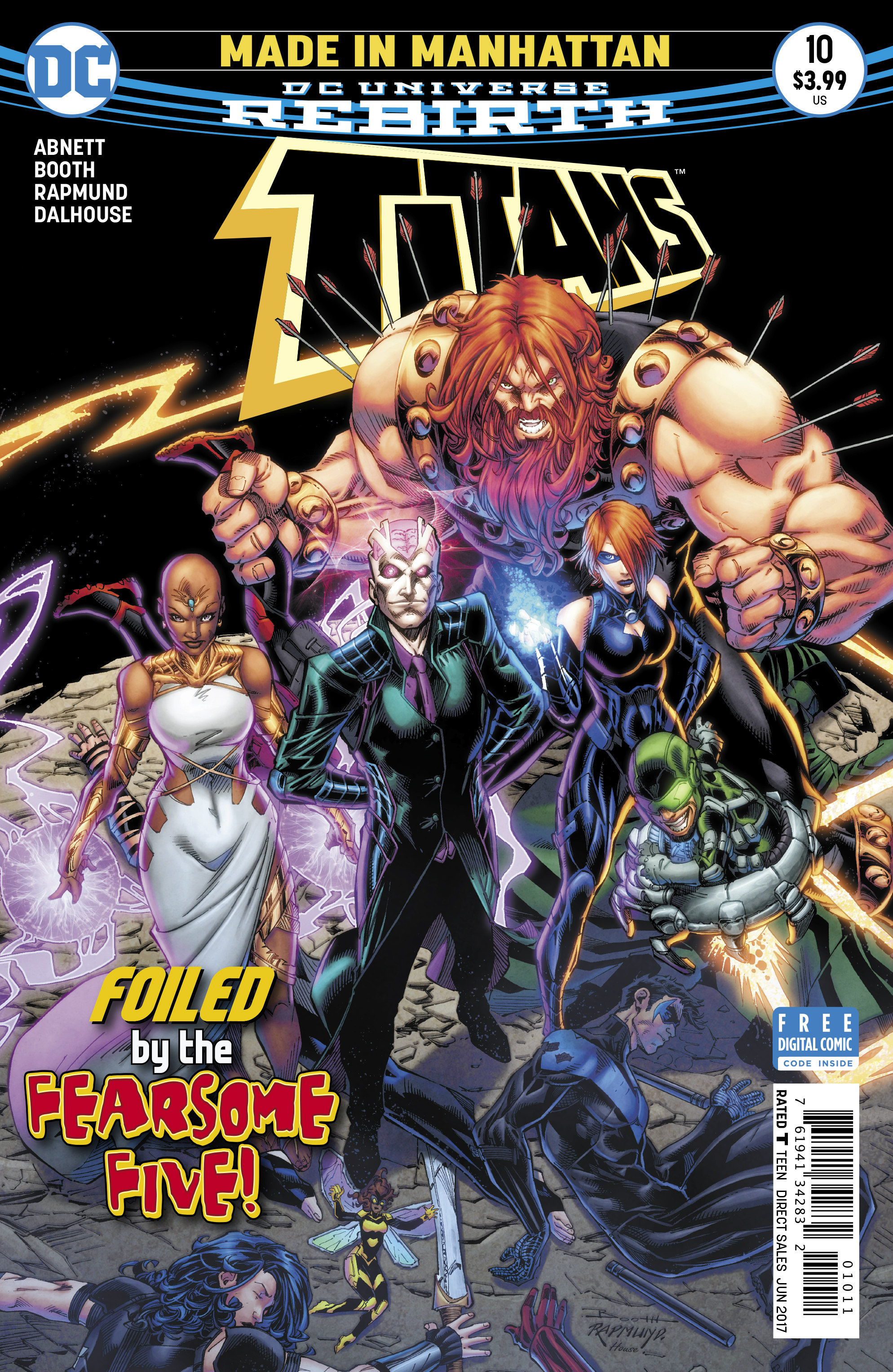 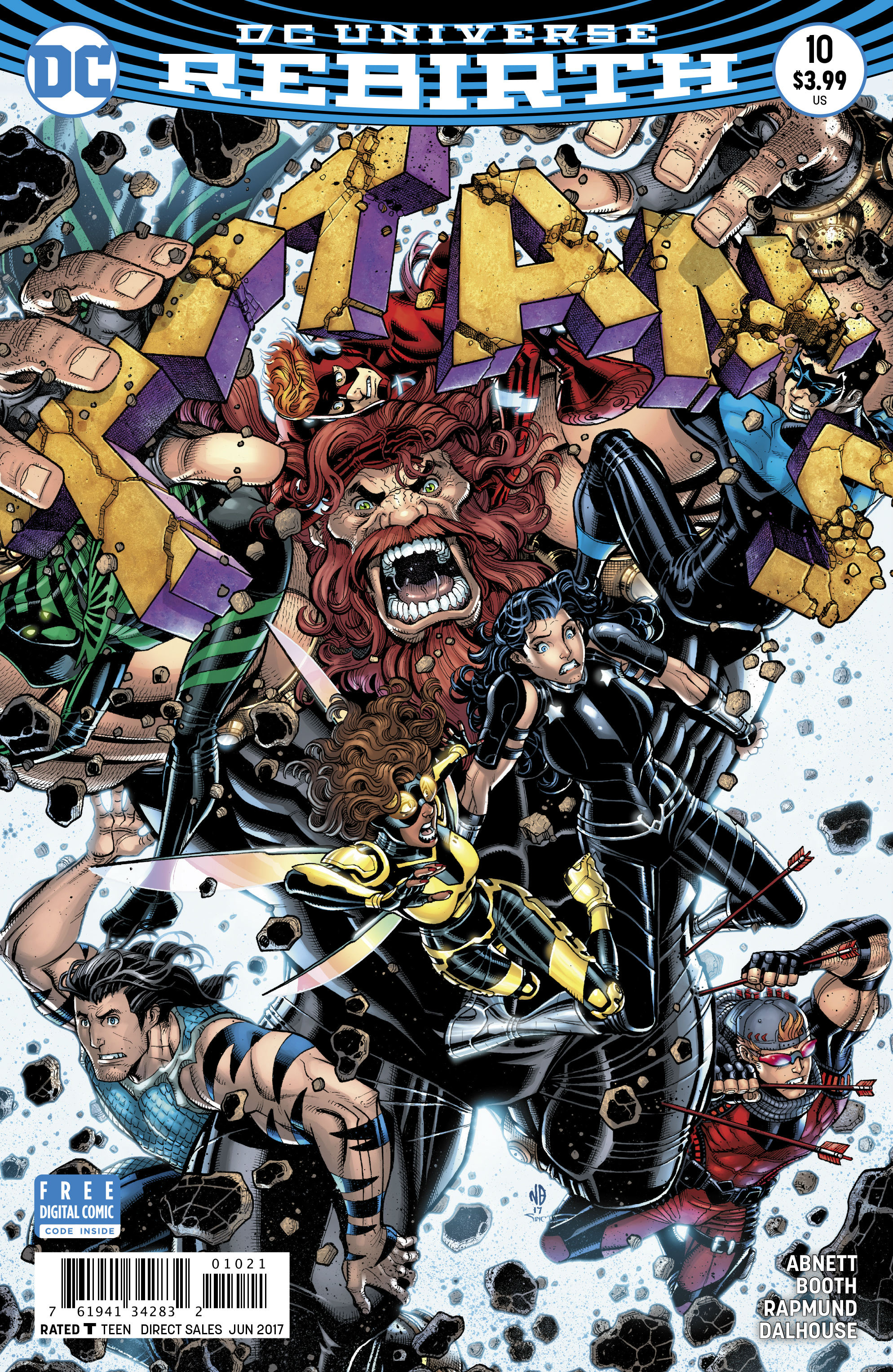 The ending of the issue was really fun; after Wally and Dick took a back-seat for the whole issue, to see them doing detective work at the end was super cool, especially considering the Batman and Flash crossover that is about to happen. In his own solo series, Dick has been showing off more of his detective skills, and I am glad to see that this has transferred to Titans as well. I obviously can’t not talk about the final page of the Deathstroke appearance, because it excites me a lot. I am loving the direction both this series and the Deathstroke series are going, so to see them come together for “The Lazarus Contract” is going to be a blast. Knowing how this arc ends now, I have to say that it felt like a set-up to this upcoming crossover, but it was still treated with respect and told the story it set out to. So, in that regard, and many others, I can’t really fault it.

A satisfying conclusion to a solid three-part arc, “Made in Manhattan” was a great read and arguably my favorite Titans Rebirth story to date. I’m excited to get into “The Lazarus Contract” and see where this set-up is leading, not only here but also in Deathstroke and Teen Titans.

Review: Batgirl and the Birds of Prey #9