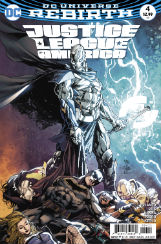 “I DON’ DIE’. The first words uttered by Batman as he stands, shield raised, against the almighty Lord Havok. Justice League of America #4 signifies the finale of the cataclysmic “Extremist” arc. Oh man, what an explosive, action packed end to an interesting arc.

Now bear with me, this is the first time I’ve read the Justice League of America Rebirth comic and thus I have not read the previous issues comprising the “Extremist” arc. However, I’ve done research as much as I could on this arc to catch up on the story, characters, villains and the unexpected roster of heroes.

After the release of the second Justice League trailer I was going through a sort of Justice League phase. Which, ergo, can only be satiated by absorbing Justice League material. And wow this comic certainly appeased my appetite.

The newly formed Justice League of America, lead by The Dark Knight himself, are facing off against the powerfully formidable supervillian group- The Extremists. The battle against The Extremists is epically played out in various locations across the war torn nation of Kravia. The JLA members are left fighting their battles alone with Black Canary vs Gorgon, Lobo vs Tracer and Batman and Vixen vs Lord Havok.  Lobo! Yes, Lobo! And Lobo? When I found out he was in the new JLA roster, my mind went blank as my jaw dropped. The cigar puffing, extremely violent main man himself working in a team…with Batman!?

Eventually (after exhausting most of their strengths) each member managed to incapacitate their respective opponents, with Lord Havok still fighting ferociously. The cunning Vixen weakens Lord Havok with a special poison and with aid from the rebelling Kravian citizens, the JLA finally defeated Lord Havok. 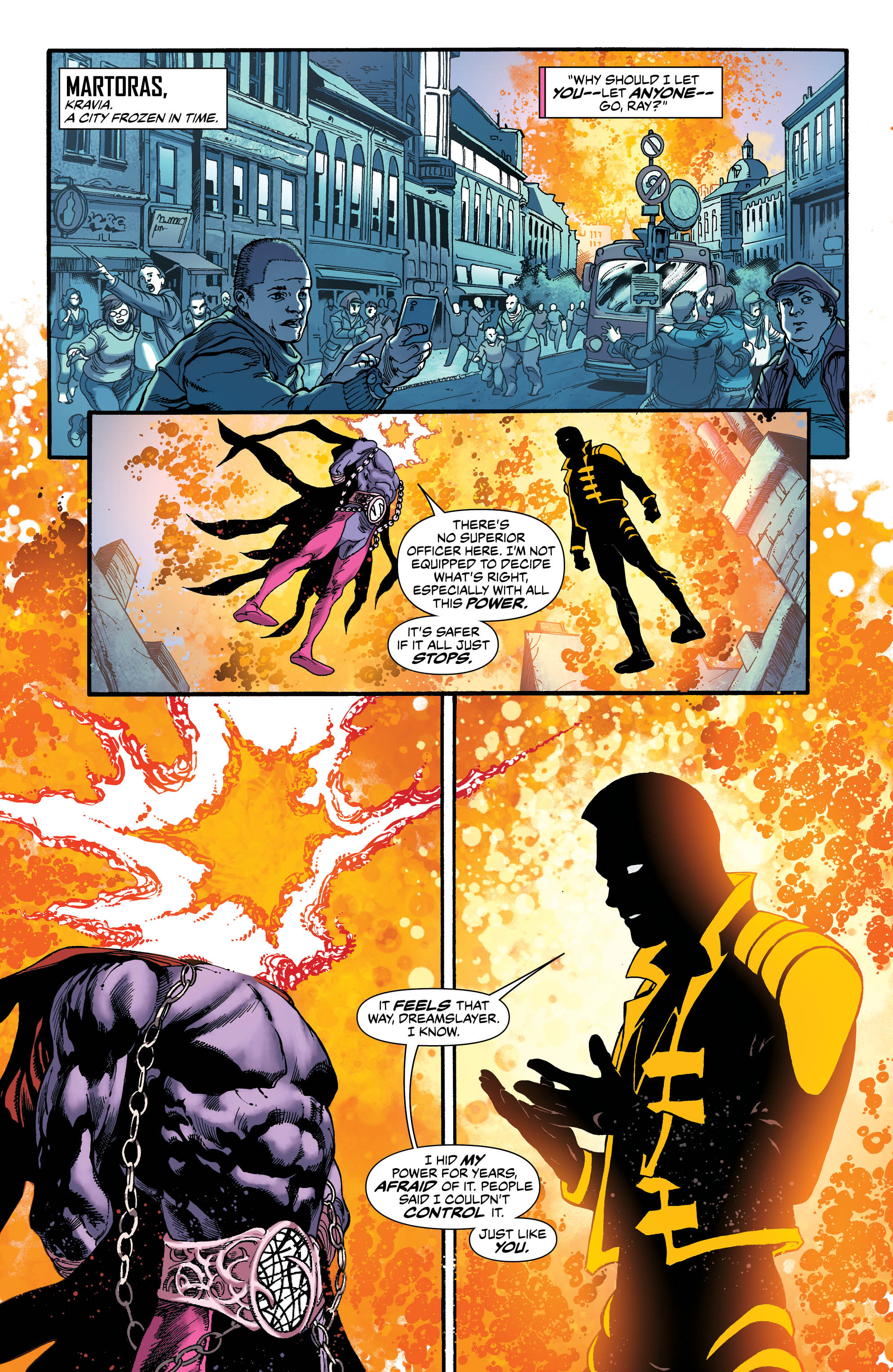 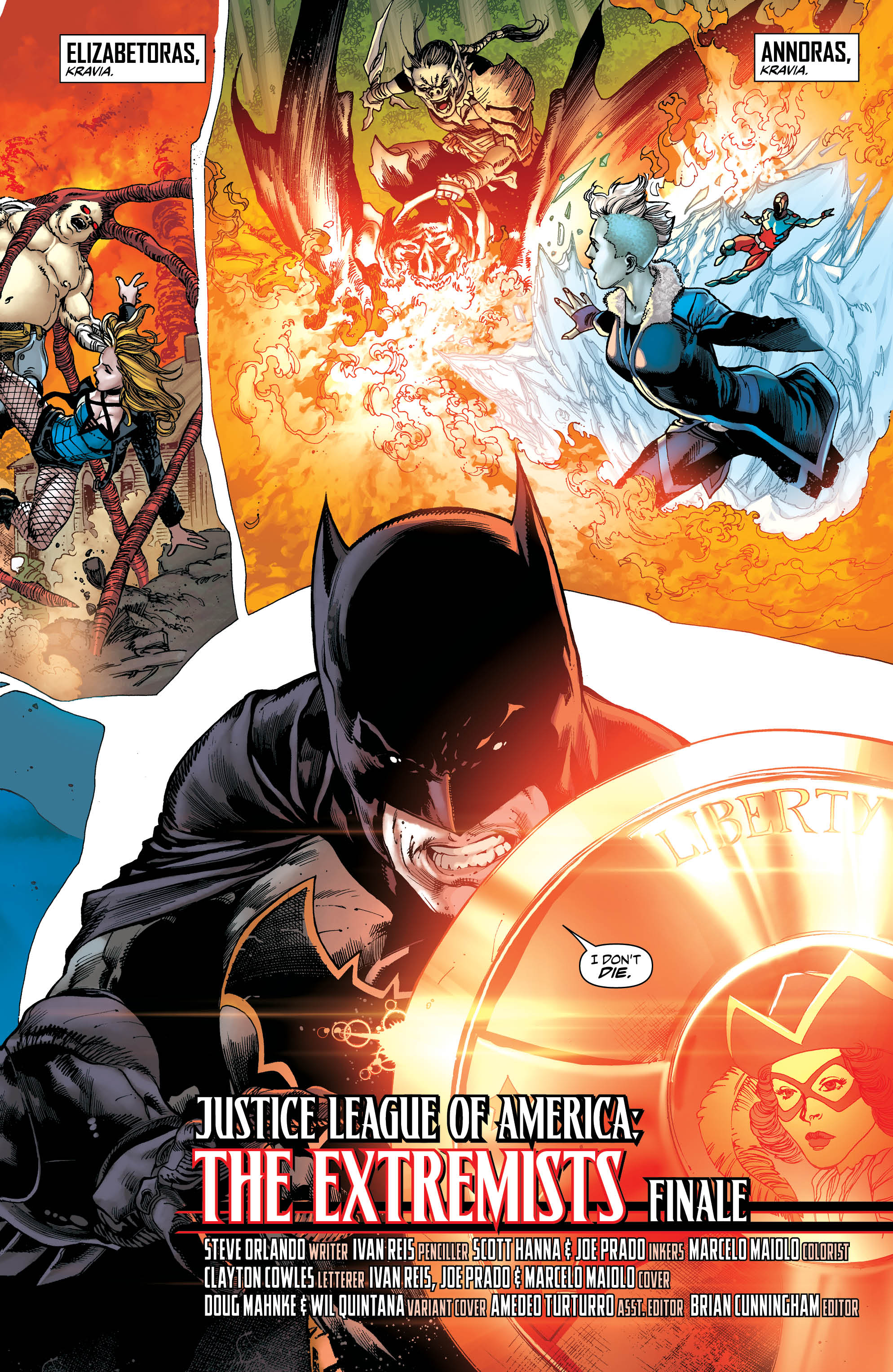 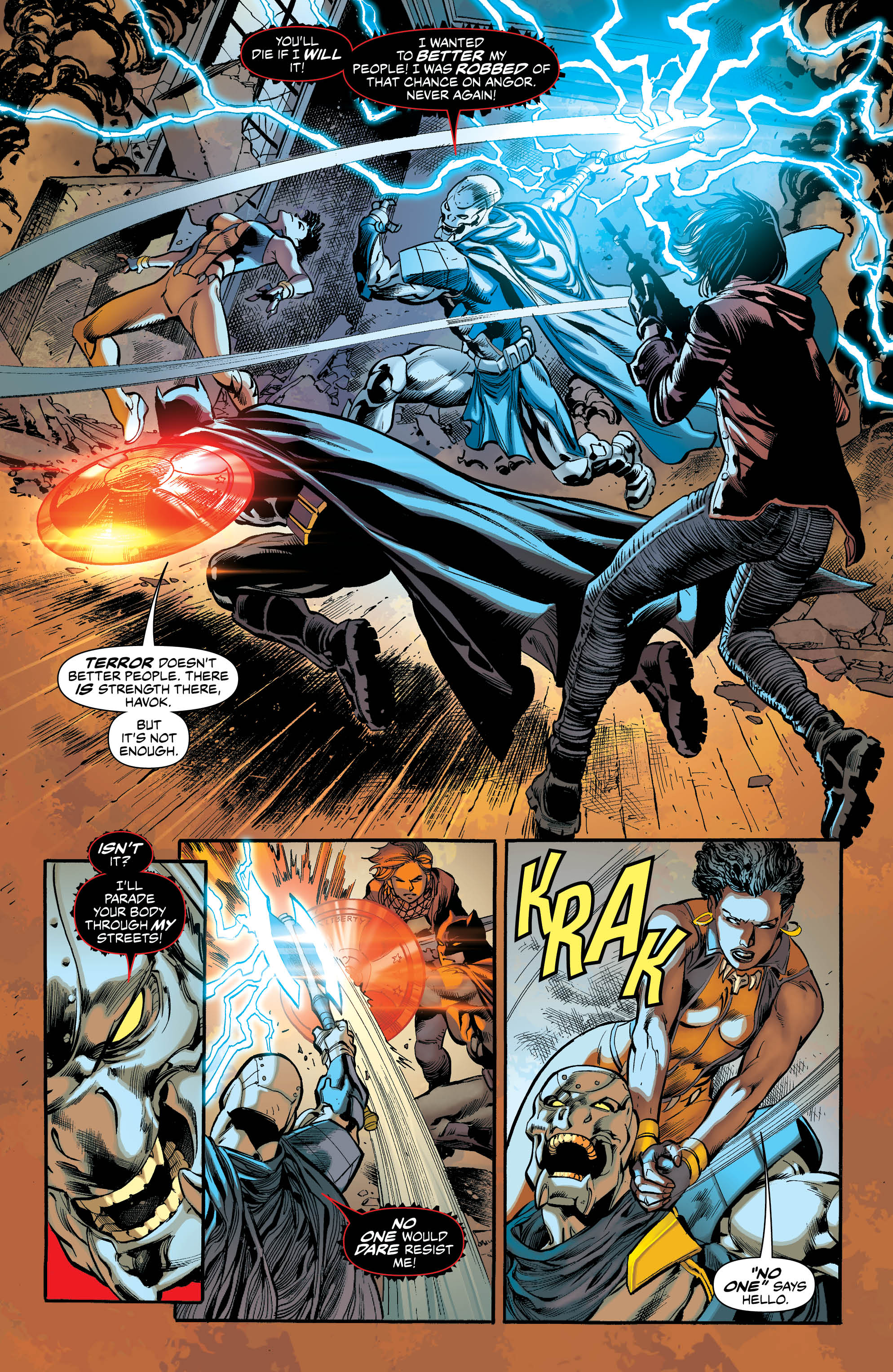 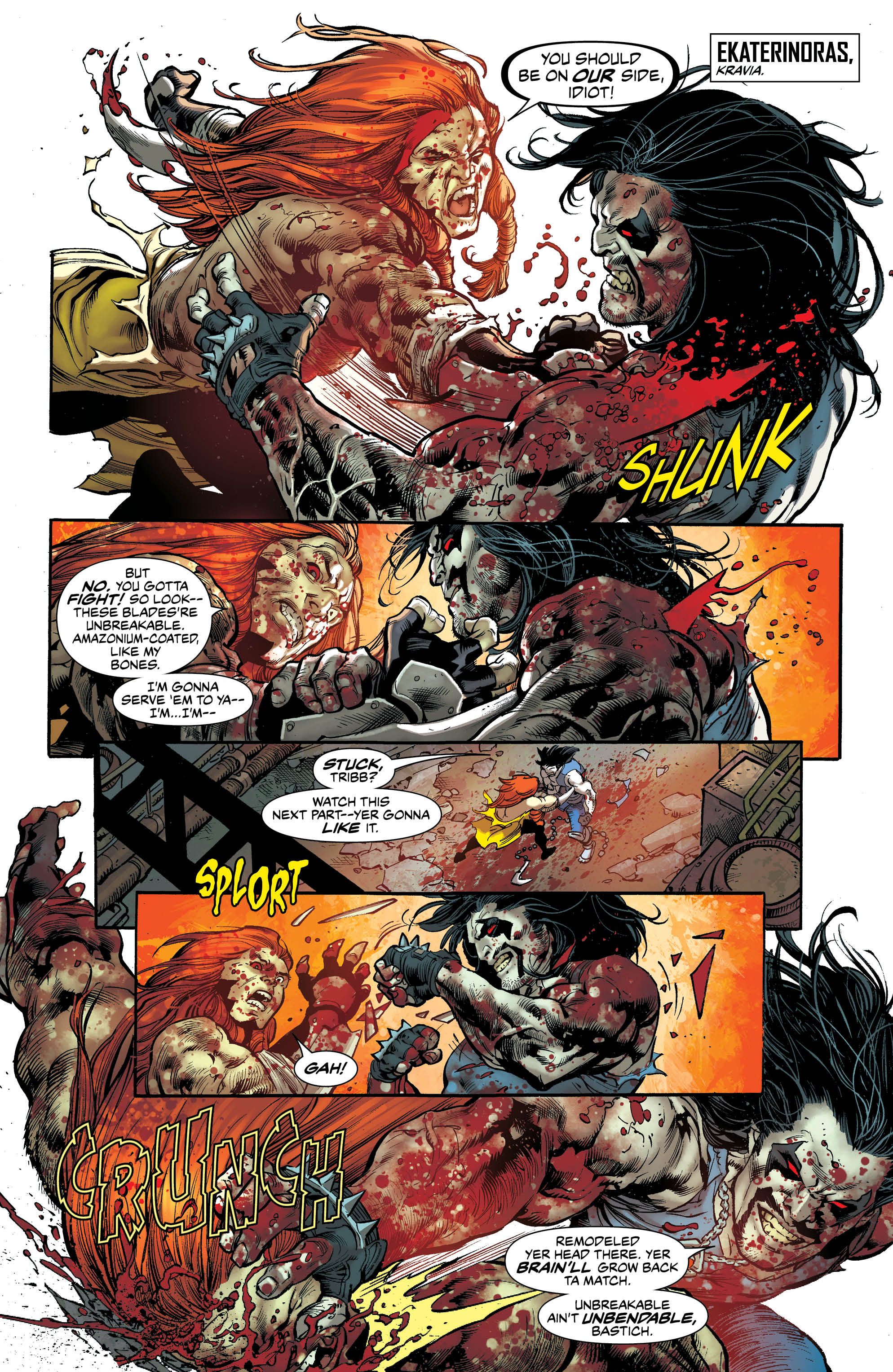 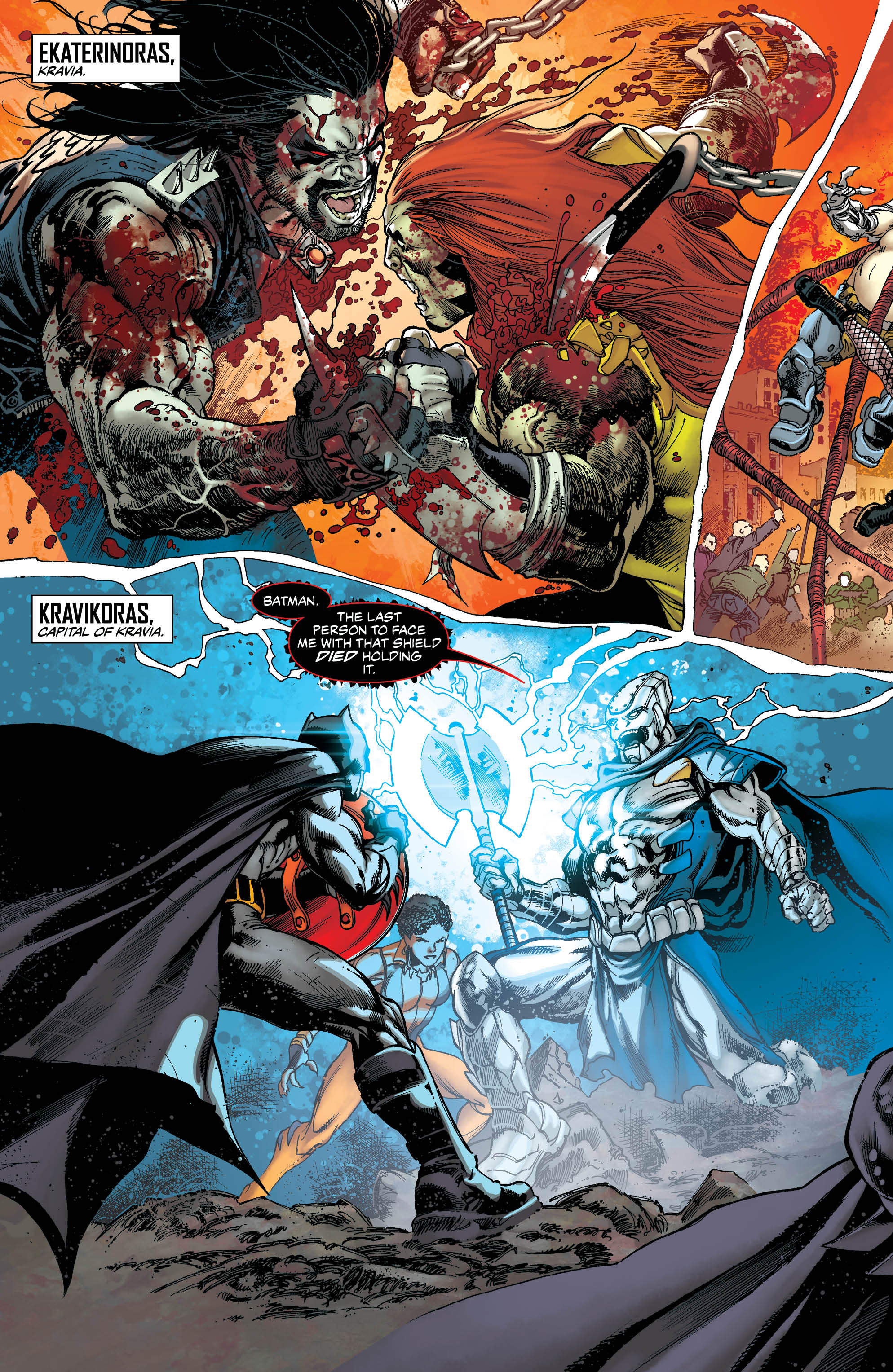 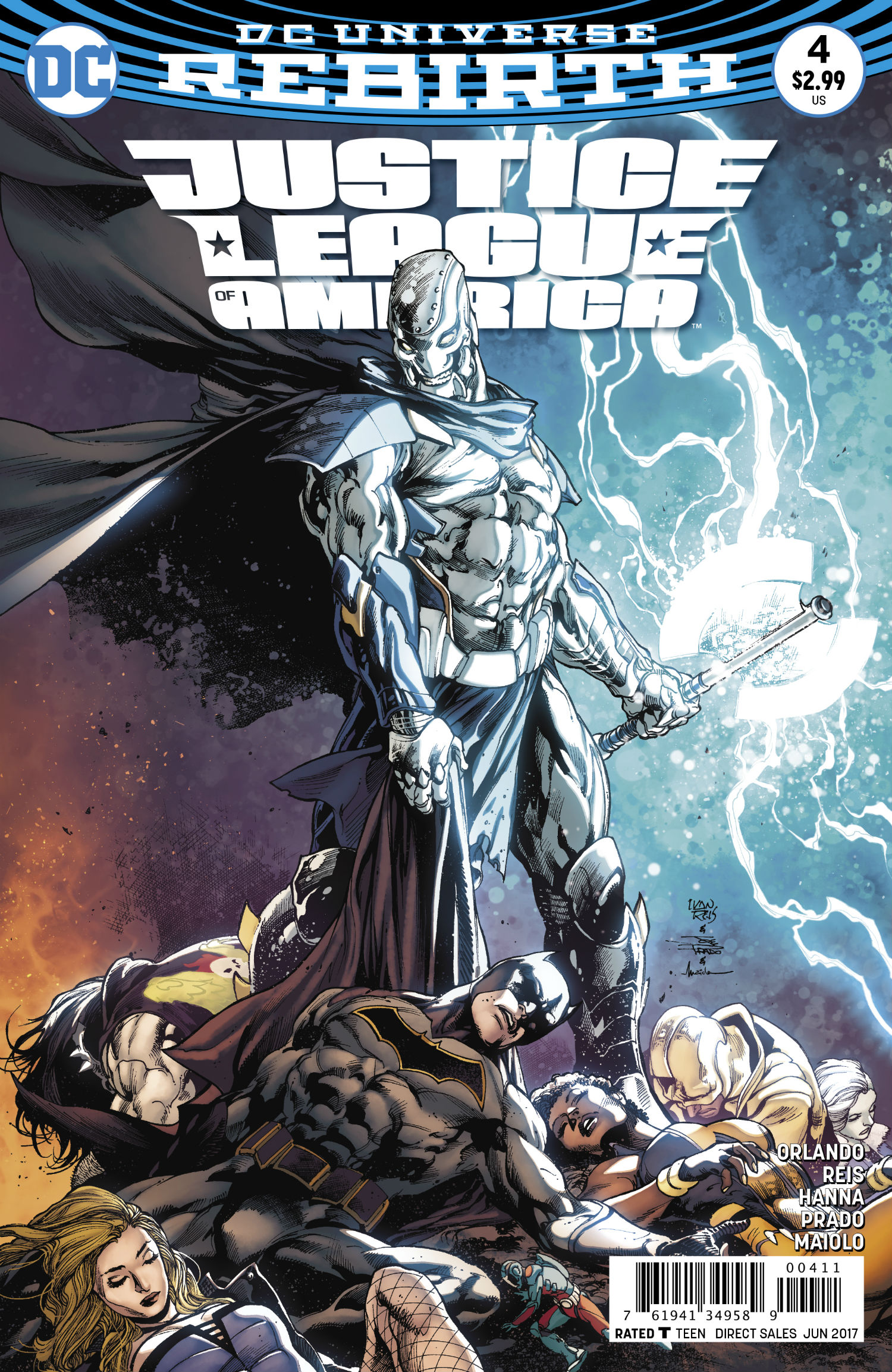 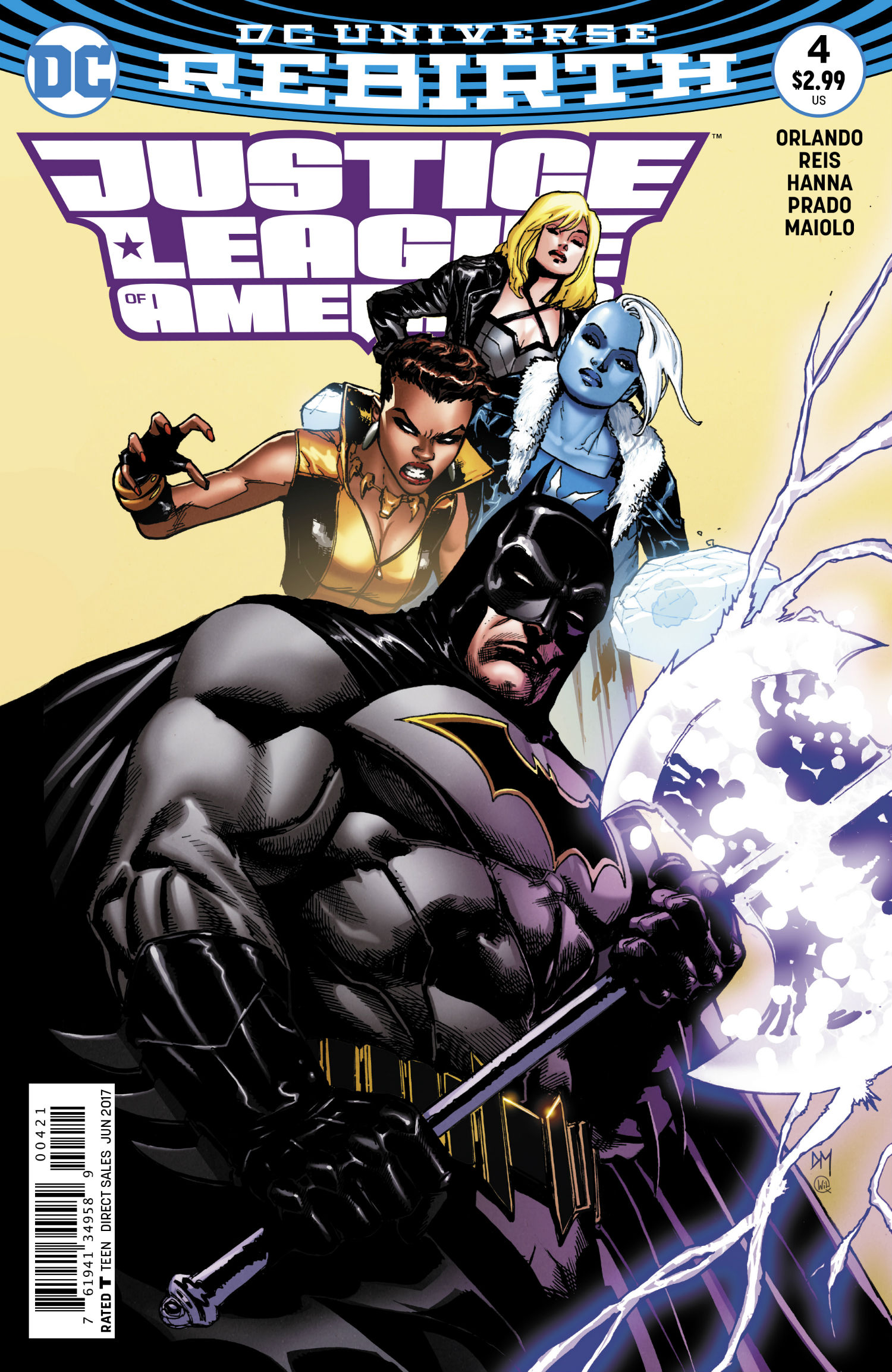 With Lord Havok  locked in a Kravian prison, the team are given the chance to recover from their intense battle. One of the things that impressed me the most was despite the chaotic mayhem of the fights, the action scenes still flowed cohesively. Each panel served a purpose and were constructed so as to not disrupt the flow of the action. Each JLA member’s fight with their Extremist opponent weren’t drawn out with over excessive violence. Well..maybe with the exception of Lobo, of course. His fight was undeniably (and unsurprisingly) the most graphically bloodiest.

The action scenes were amplified more by Ivan Reis’s impressive artwork and some neat colouring by Marcelo Maiolo. Character models were detailed, the black outline really accentuated their distinct physicalities.

At times, I felt the panels were overwritten with too much exposition. The slight abundance of exposition didn’t help with explaining the plot either. Even after doing research on this arc, I still could not fully comprehend the meaning behind the events that have unfolded.

Nevertheless, I was excited to see how writer Steve Orlando was able to tackle writing the interactions in such an unlikely team-up. Unfortunately, since it was the finale of the “Extremist,” 85% of the comic showed the battle against the Extremists while the rest contained actual interactions between the JLA team members. Despite the limited group interaction outside of fighting, Steve Orlando executed the group dynamics well. And high props to Steve Orlando for including Lobo, of all people, in the lineup. It’s such a sigh of relief to see the main man in his Pre-New 52 guise.

Wow. Just wow. Justice League of America #4 contained some of the most awesome action I have seen yet on the page of a comic book. Every JLA member had a moment to shine and the action was well crafted. Lord Havok proved to be one terrifying and formidable foe worthy of the JLA. Who knows where Steve Orlando is going to take this team of unlikely allies next, but rest assured my anticipation won’t waver. Do yourself a favour and pick up this arc.