“Made in Manhattan,” Part 1 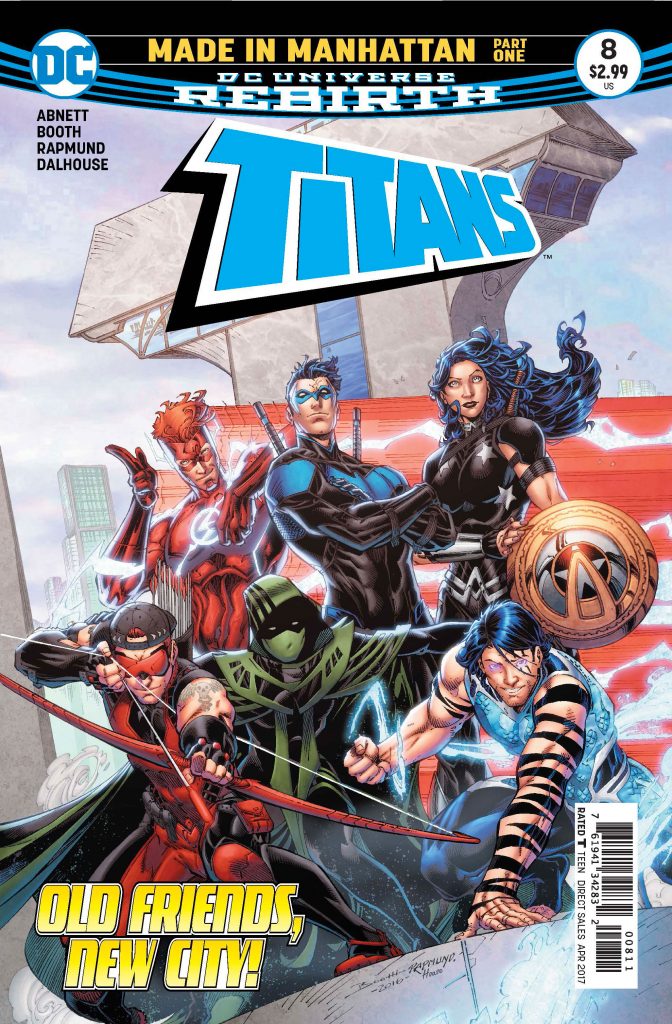 The Titans are back – this time, in Manhattan! After Brett Booths single issue absence from Titans, it’s amazing to see him back and working with Abnett on what promises to be a stellar arc. This issue is most definitely a set-up to something bigger. In the last issue, we saw Psimon waiting to greet Mal and Karen whilst the Titans got ready to adjust to life in New York, and this issue picks up exactly where that ended. So in a way this is a follow-up to a set-up, but still sets up the upcoming Manhattan-based story line. Despite that idea sounding odd on paper, it is actually executed amazingly. It provides the issue with important context and allows us to glimpse what may happen moving forward.

As I found out halfway through this issue, prior reading is required if you want to fully grasp what is going on with Mal and Karen. The miniseries Titans Hunt is referenced quite a bit and even though I read that as it happened, I have forgotten most of the key elements and this made understanding the issue slightly more difficult. Not impossible mind you – it is still definitely readable and extremely enjoyable if you haven’t read/just forgot about Titans Hunt, but that is only one tiny tiny complaint from an otherwise near perfect issue. 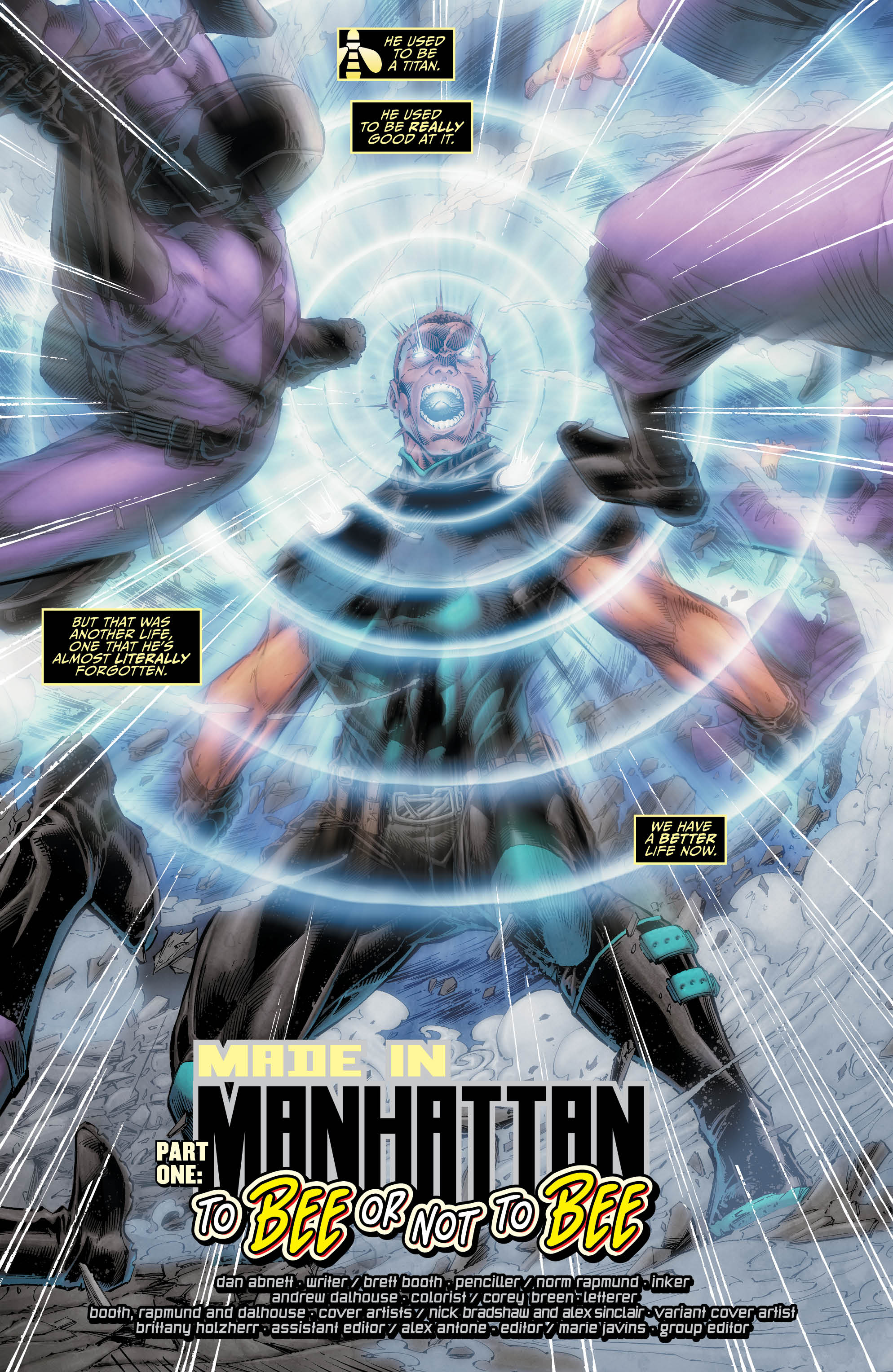 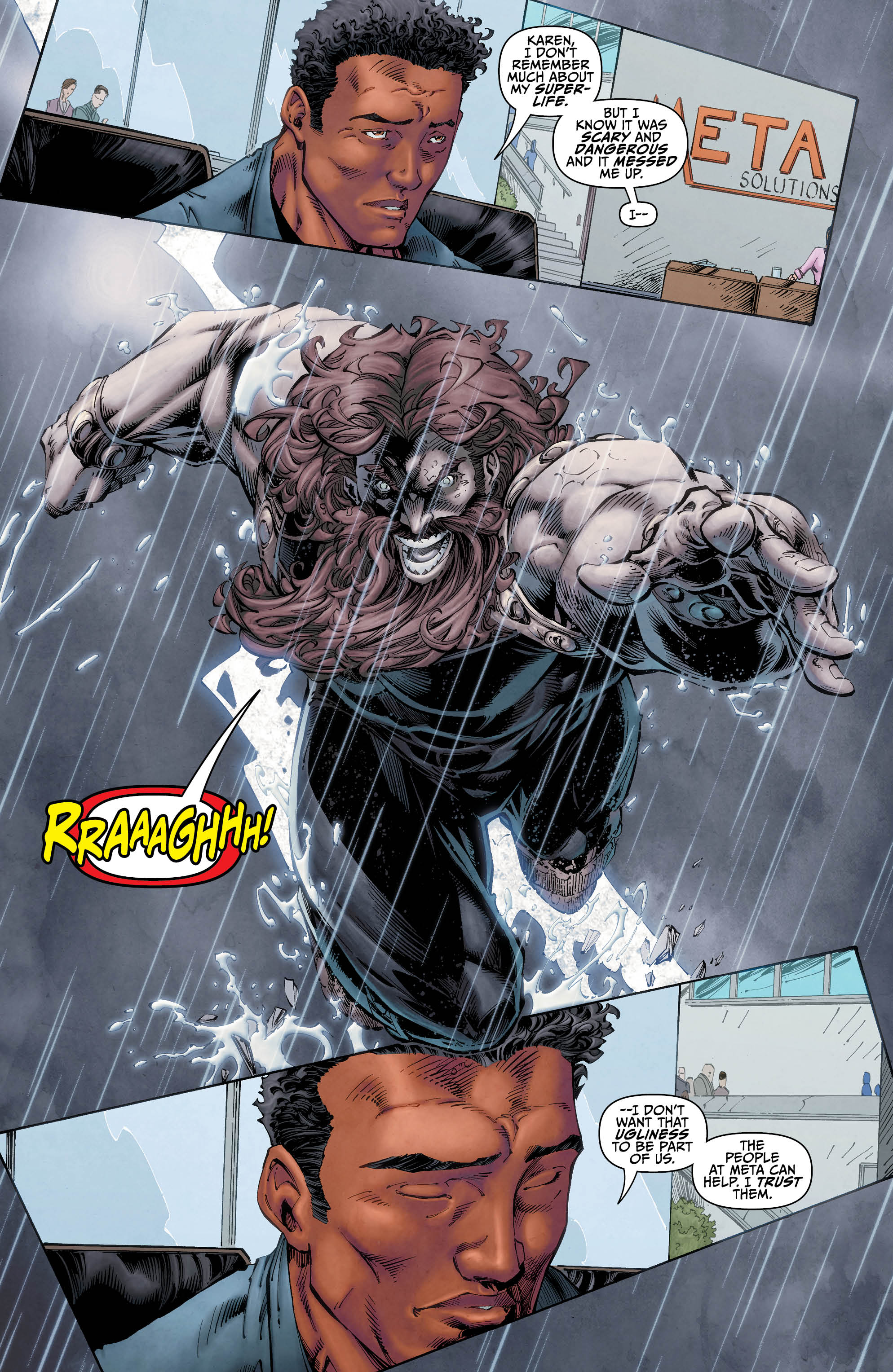 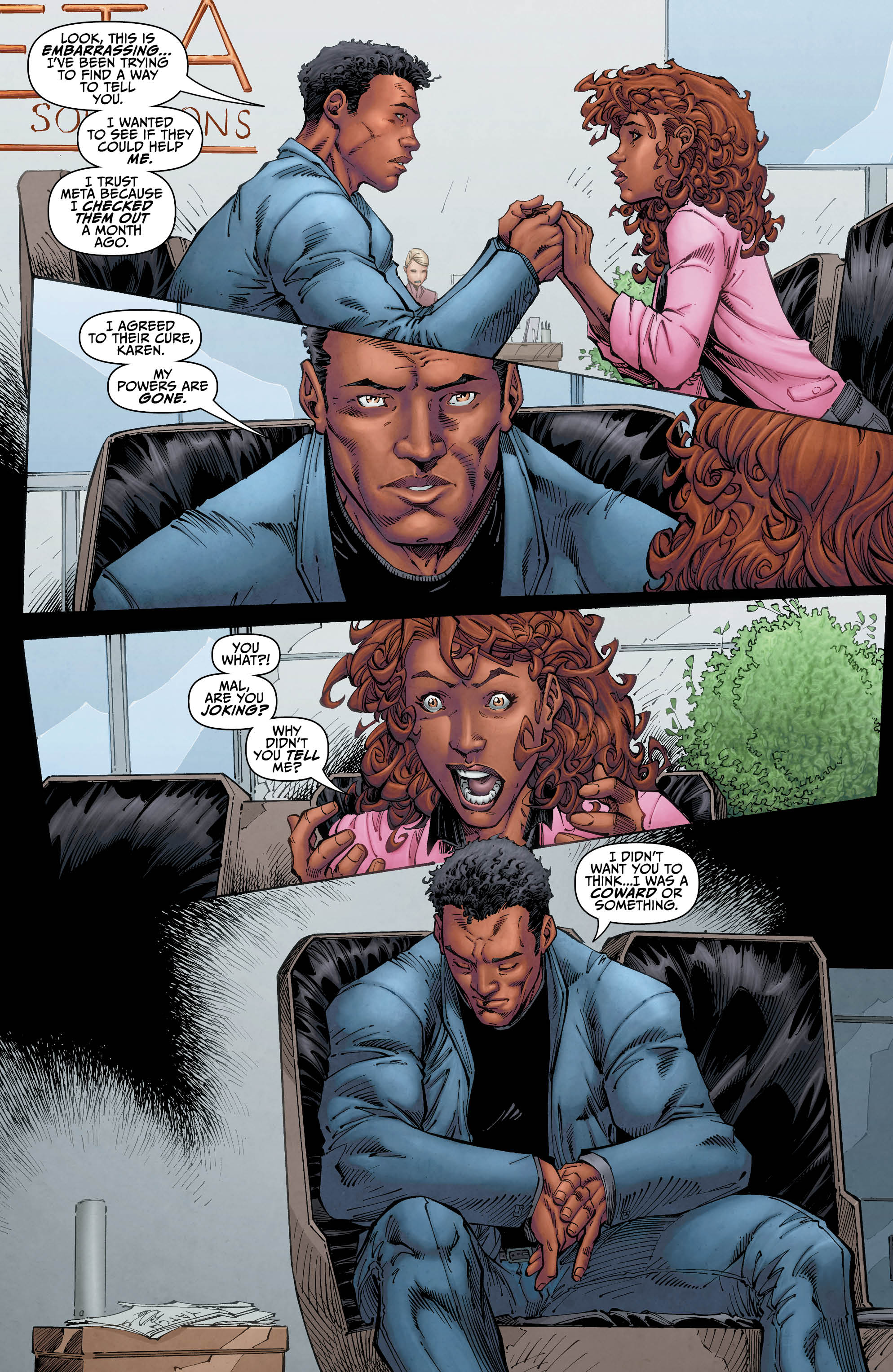 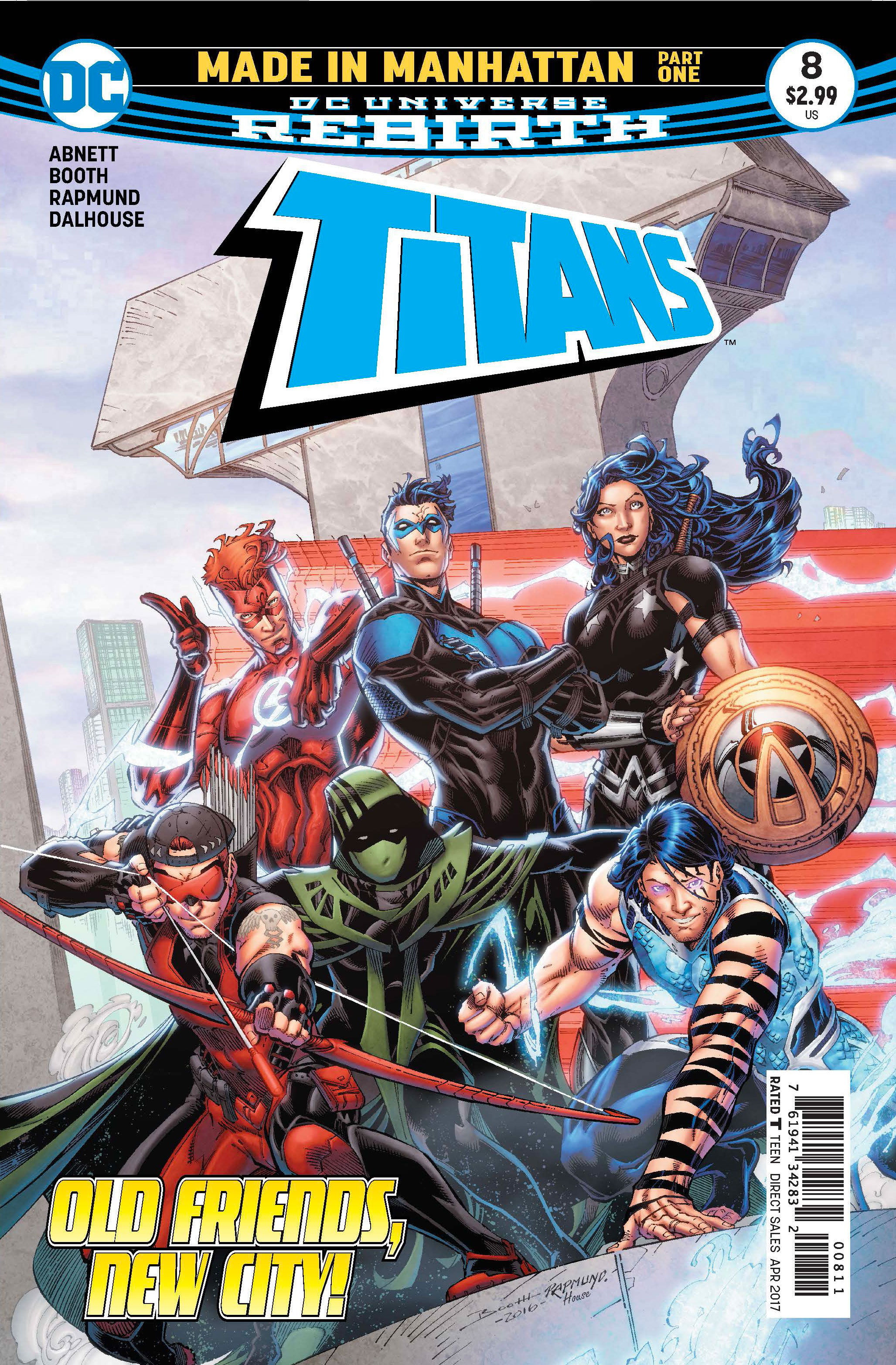 Okay, I lied – there is one more small complaint. I genuinely meant it when I said I couldn’t fault this issue in any way, but if I had to say something, I might mention that it has almost no action, save some flashback sequences. Normally this could be a bad thing for a series like Titans, but honestly the team-building that replaces it brings so much more depth to these characters, and I’ll take that over action any day. There were some really nice moments that showed the relationships between each of the Titans deepening, and my favourite little cutaway would definitely have to be between Garth and Lilith. I mentioned in my last review that I really enjoyed the development between Donna and Roy, and this issue continued to build on that in the same way but with almost every character…the point is it’s nice to see a team-focused series actually focusing on the team. Abnett has never let us down in that respect, and if this is a sign of things to come, I am more than ready. So yeah, nothing too detracting in terms of negatives.

All in all, I really enjoyed this first chapter of Titans’ new arc and am super excited to see what Abnett and Booth have in store for the next couple of issues. The set-up was executed incredibly well and this strong groundwork will make the upcoming parts of this arc (hopefully) some of the best Titans action we’ve seen in recent times.

Matt Reeves May Have Already Committed to Directing ‘The Batman’