Review: Batgirl and the Birds of Prey #9 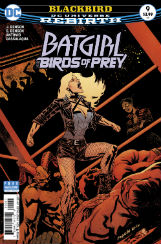 Instead, issue #9 follows Black Canary going undercover to partake in an illegal fighting ring in her search for the mysterious Blackbird. Without the aid of Batgirl and Huntress, Black Canary has taken a heavy risk in undertaking this investigation. At the start, we see her fighting a large werewolf creature using only her bare hands. She easily has the upper hand and defeats her beastly opponent. Before she could take a breather however, Black Canary finds herself facing against the blue muscular bruiser Osmium. With a mighty wave from her signature Canary Cry, Black Canary was able to easily best the hulking bruiser. The true identity of Osmium is later revealed to be none other than Blackbird herself!

Blackbird proceeds to ask Black Canary to help teach her in honing her powers. Black Canary meets three young metahumans currently under Blackbird’s tutelage: the mind-controlling Owen, the force field-emitting Kimi and a fire wielder whose name is currently unknown. Now this is where I felt Blackbird fell flat. You see, Blackbird is training metahumans in harnessing their powers to overthrow the human race that have been oppressing their kind.

Sound familiar? It’s admittedly hard not to notice that her motives are similar to a certain individual with a magnetic affinity to metal. She felt like a less interesting rip-off of that individual. Until more than a halfway through the story Blackbird’s true agenda becomes clear. 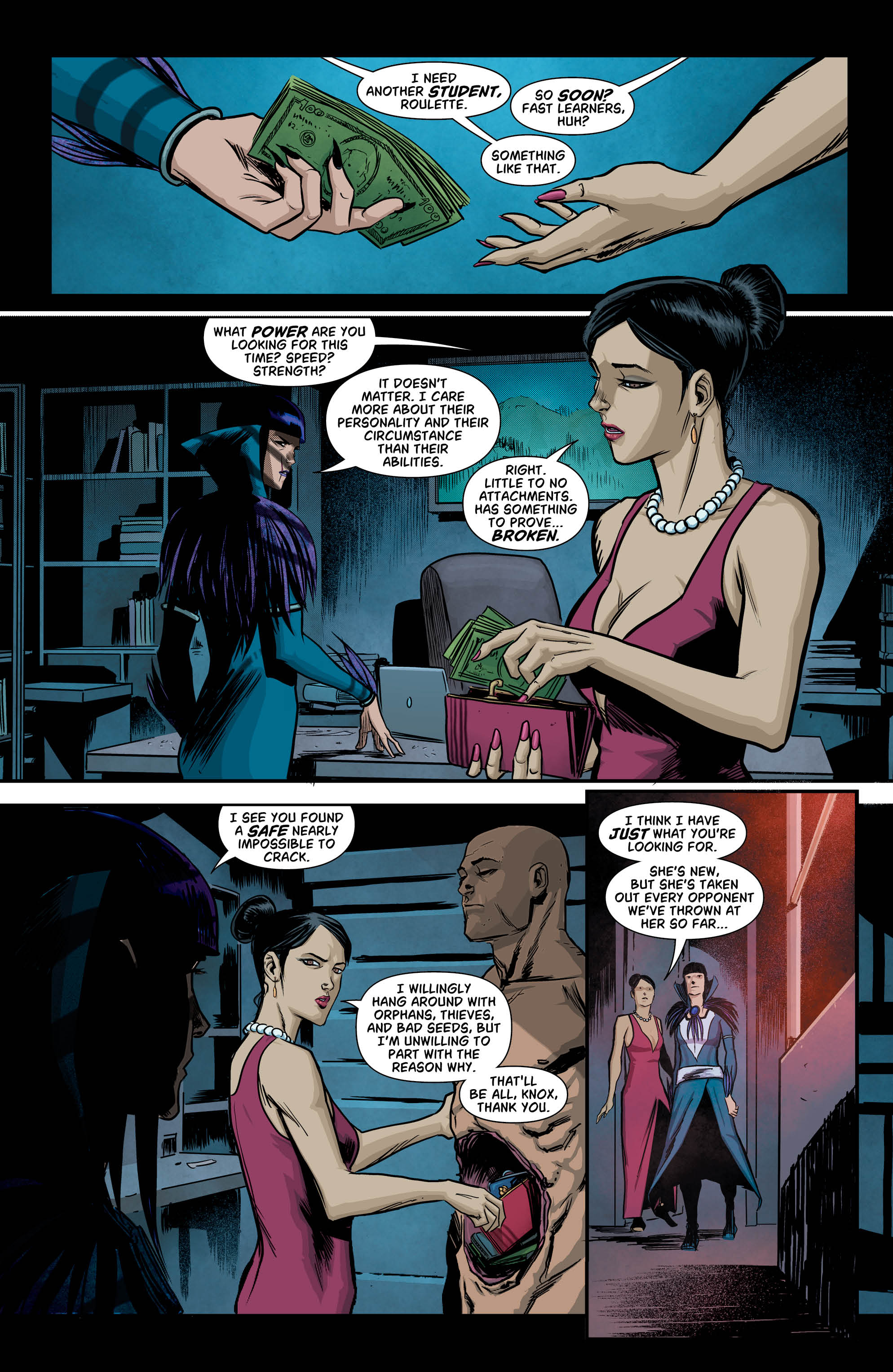 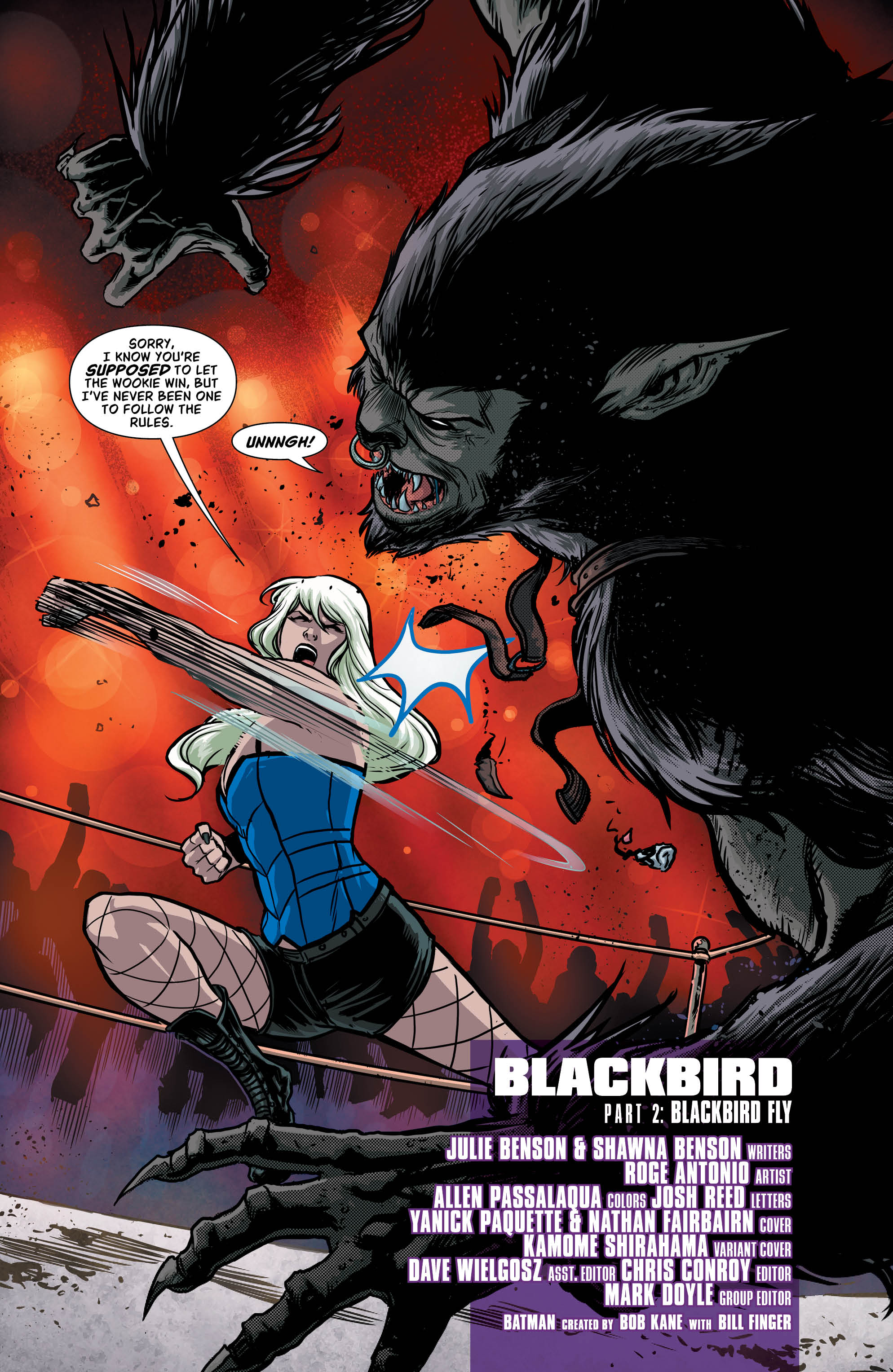 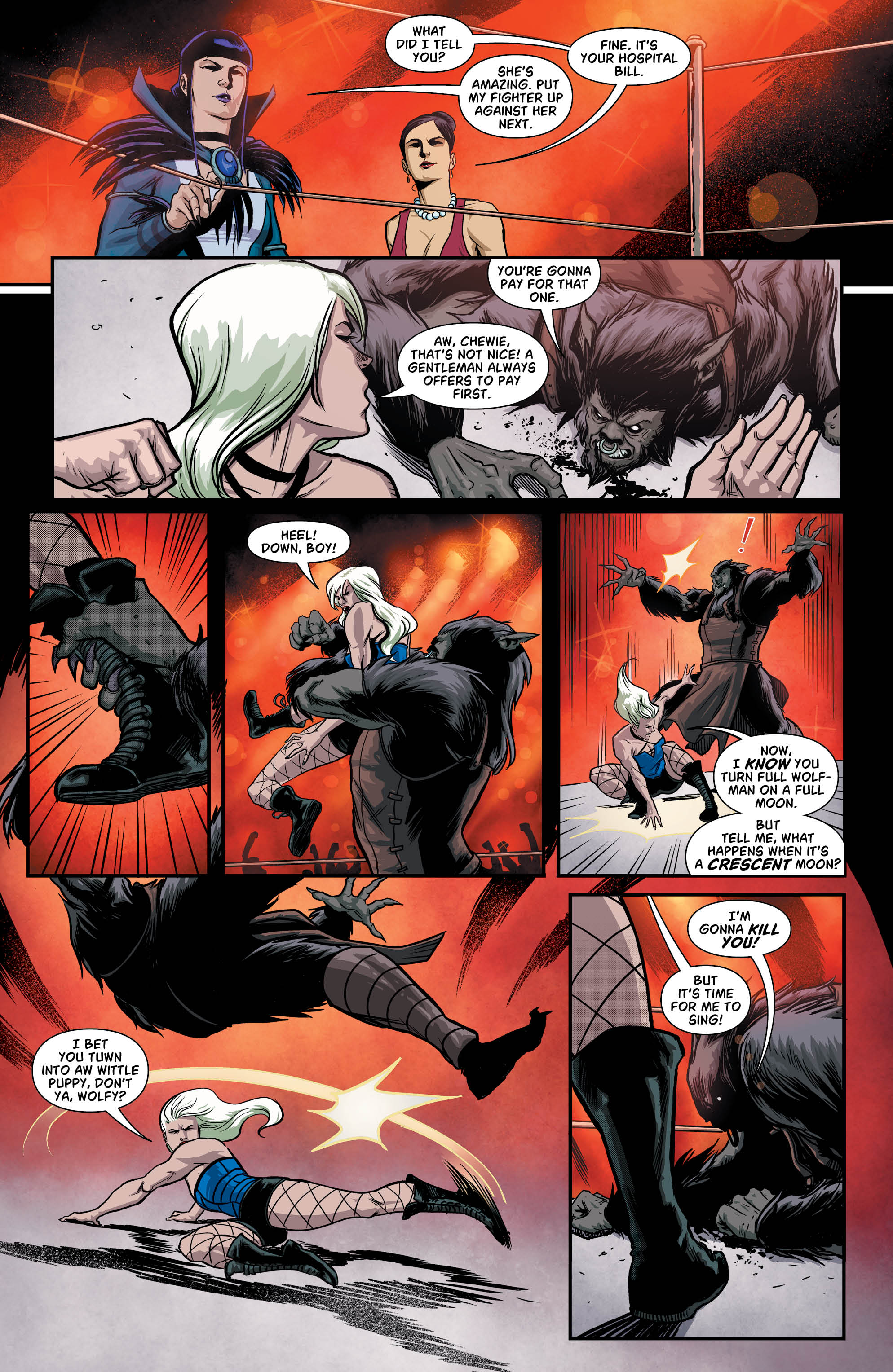 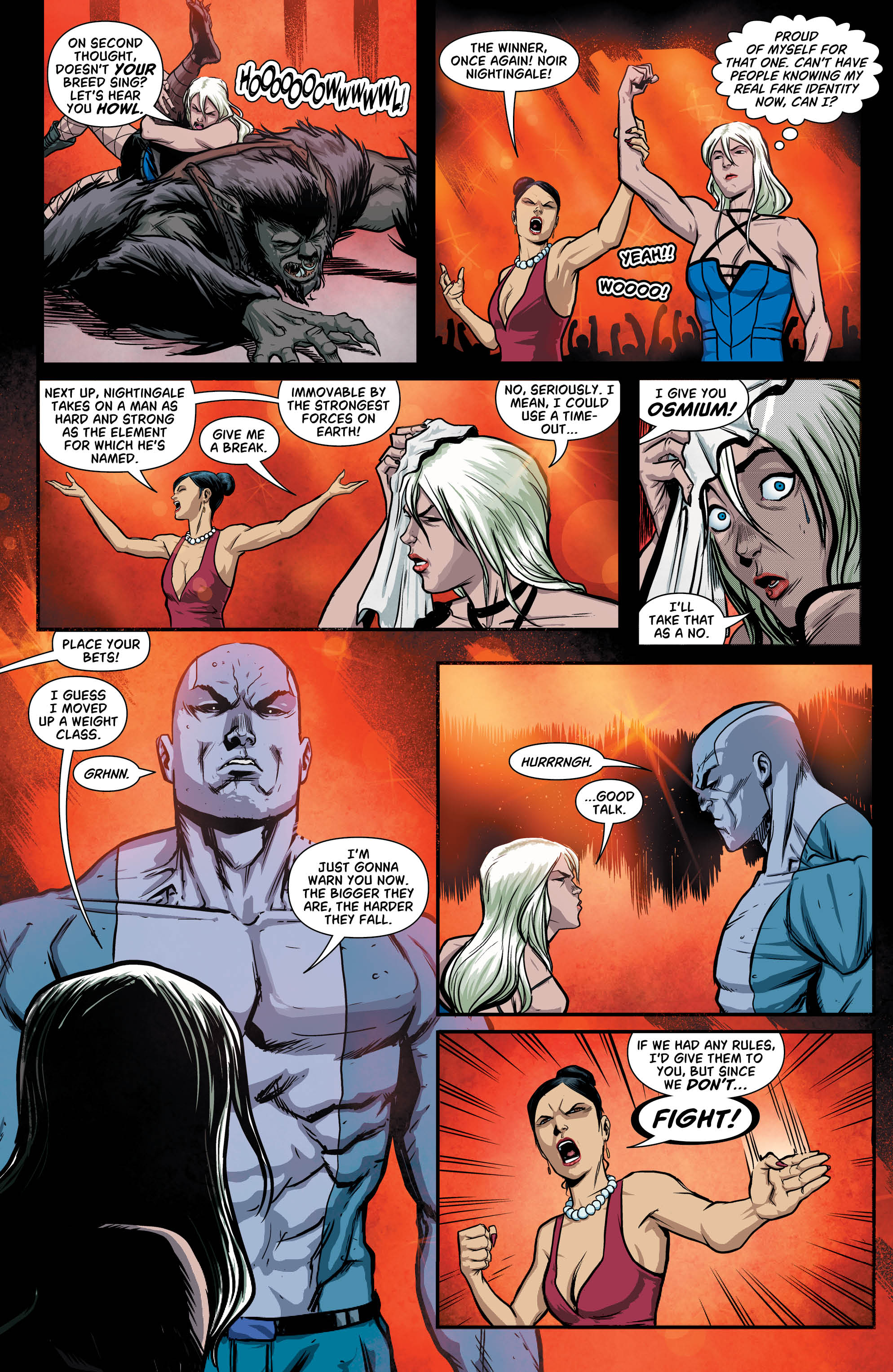 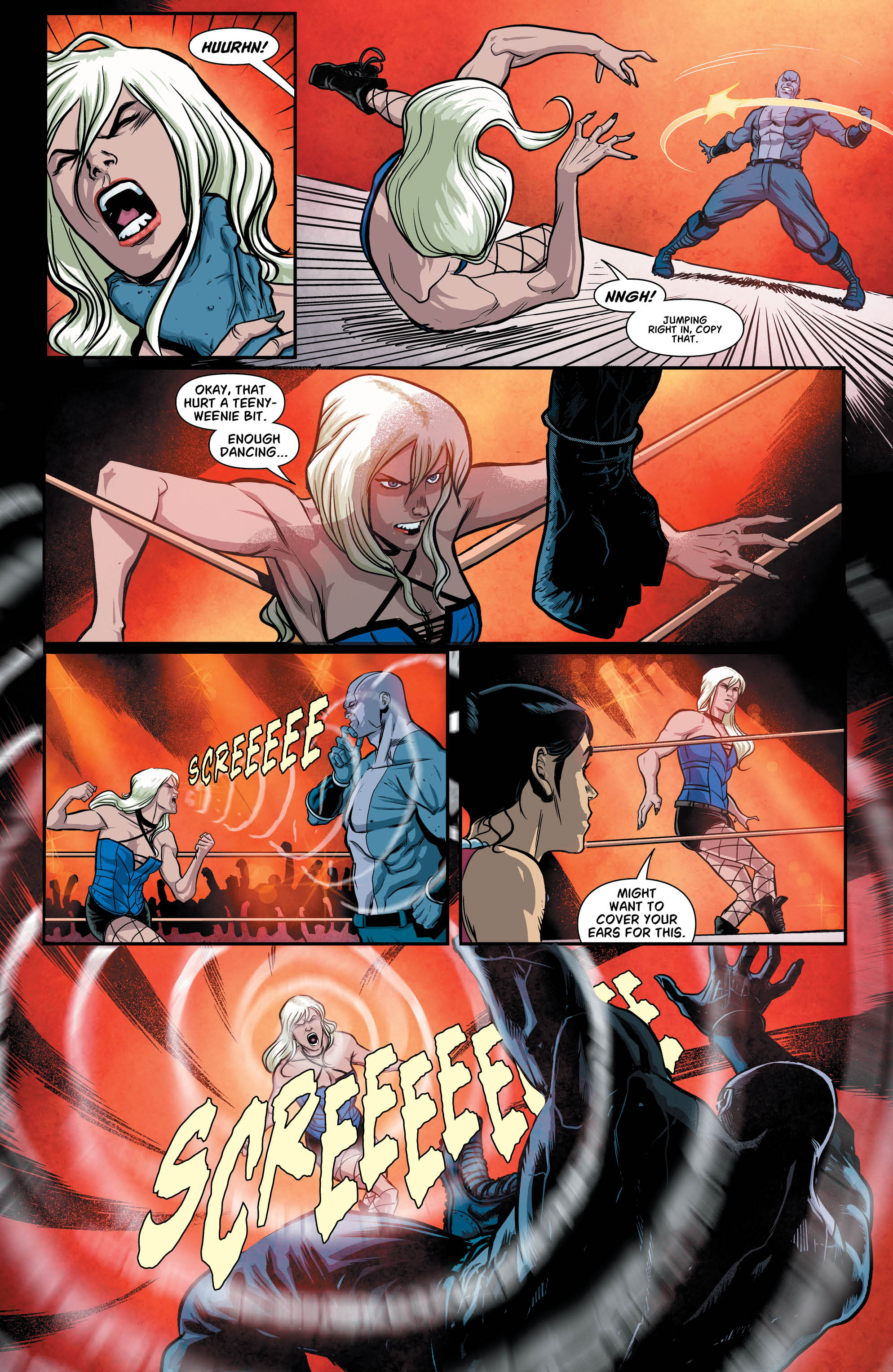 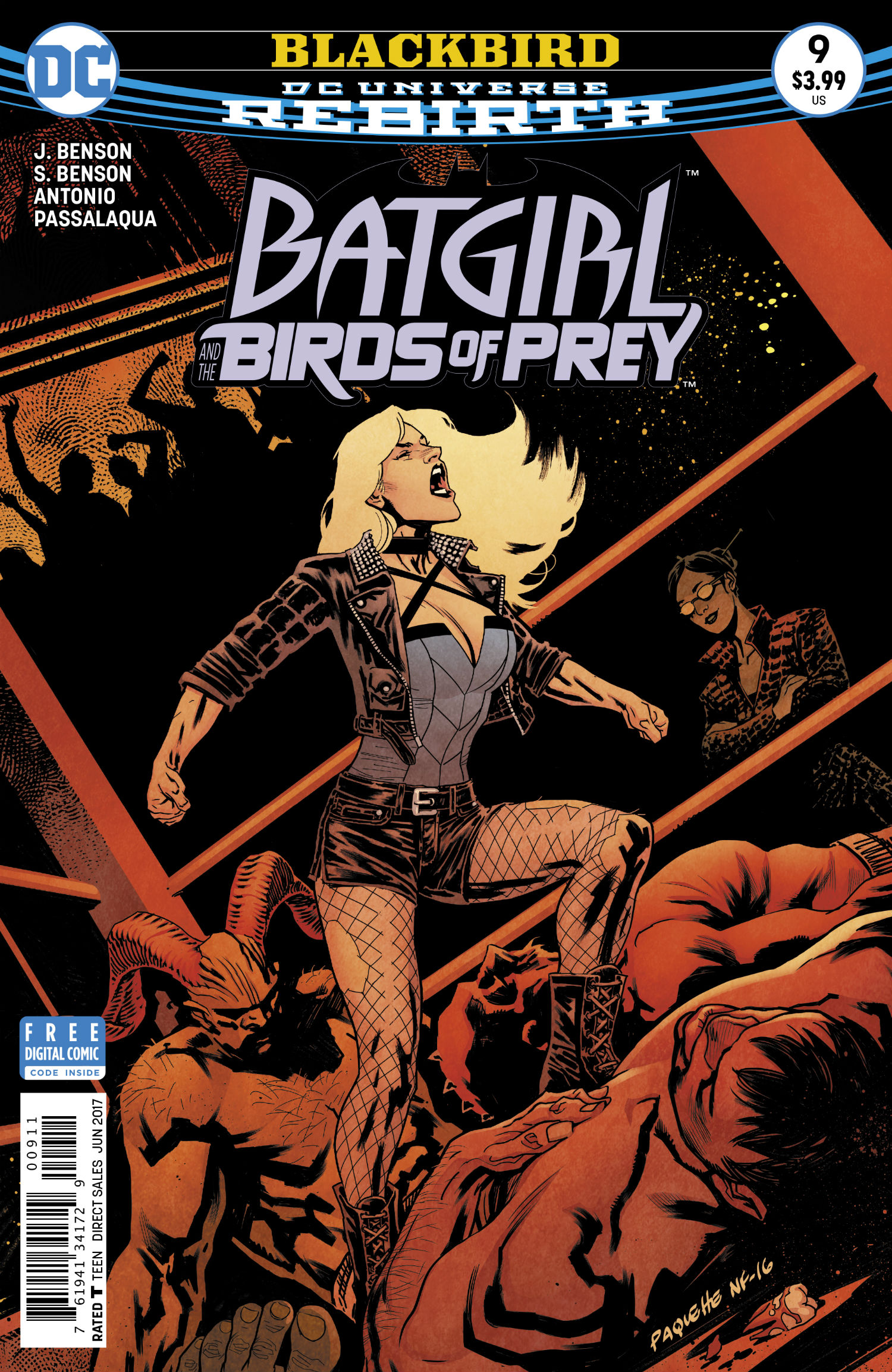 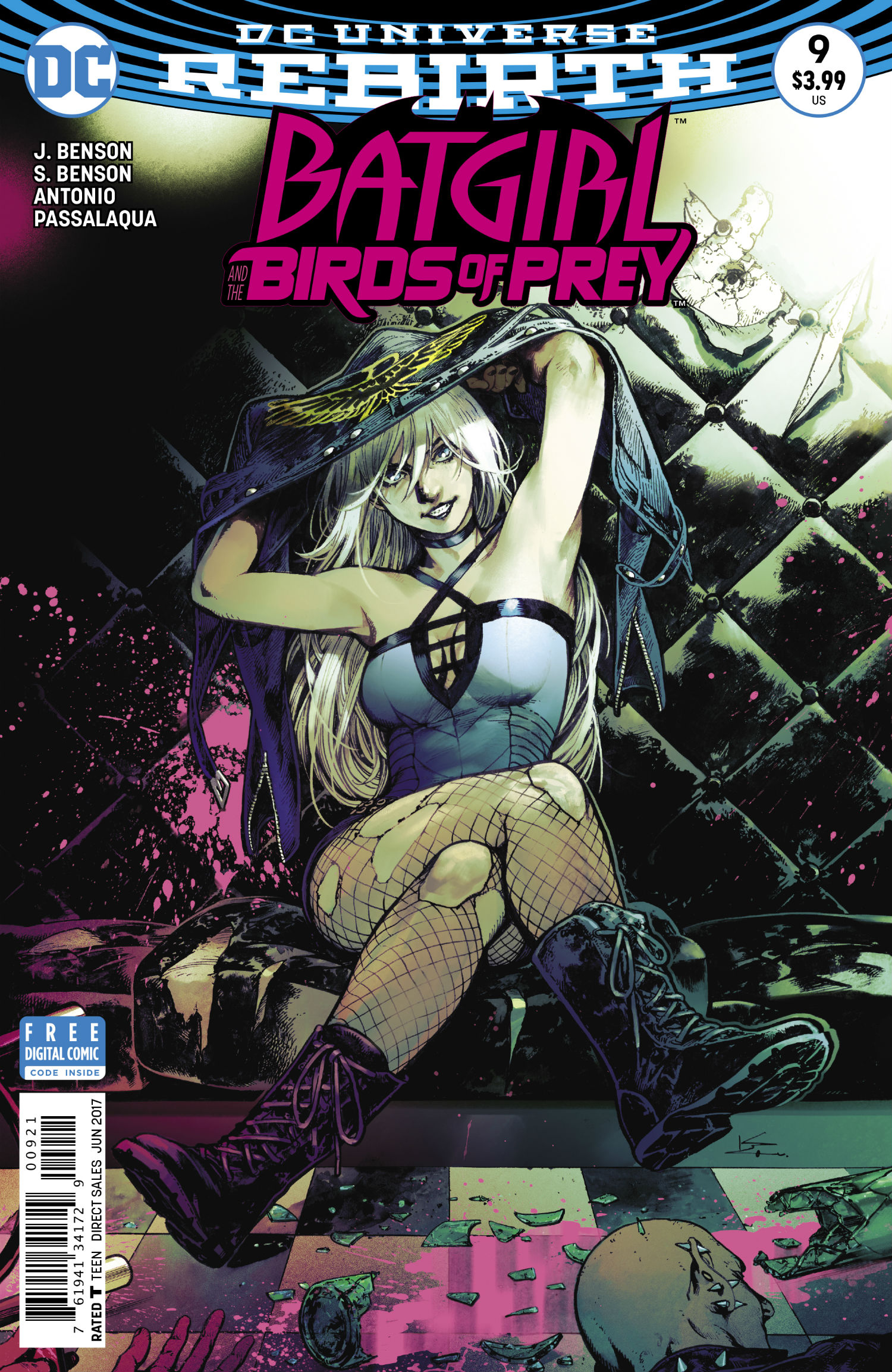 After training with Blackbird for two weeks, Black Canary uncovers a startling discovery. Blackbird is actually training the metahumans in order to take their powers! Blackbird has taken the powers of Owen and the fire metahuman and now has Black Canary’s mind under her control. Blackbird now has her sights set on The Birds of Prey. Oh man, it’s going to be one helluva fight.

When I was reading the comic it felt more like a stand-alone Black Canary comic than the next entry in the Batgirl and the Birds of Prey series, which certainly isn’t a bad thing. I loved this approach. It really turned out to be an interesting story. Just like with the last issue, I thought the writing was cliche and even cringe-inducing. Nevertheless, once Blackbird’s true motives were revealed, I couldn’t wait to see how the rest of the Birds of Prey will defeat this dangerous foe.

Sadly, I thought the artwork was a step down from issue 8. The environments were bland and lifeless. There was no thought behind the locations. Most of the panels feature generic furniture such as desks, bookshelves and chairs. The characters faces still look (most of the time) inconsistently drawn and cringeworthy at times. There is one panel where the faces of two characters looked (eerily) like the Pokemon, Ditto. Trust me. When I made the comparison it was unnerving.

Overall, I enjoyed the approach to the story. Focusing on just Black Canary and not including the rest of the Birds of Prey until the end was a risky move, but the Benson sisters have executed it with great precision. Now with Black Canary being controlled by Blackbird, I am now more excited for the next issue as Black Canary is forced to fight her own allies. It will make for some interesting fight scenes. The real letdown here is the artwork. I was slightly disappointed with the declining quality in terms of character faces and expressions. Still, I enjoyed the solo approach to the story and would recommend this for any Black Canary fans out there.