“Made in Manhattan,” Part 2 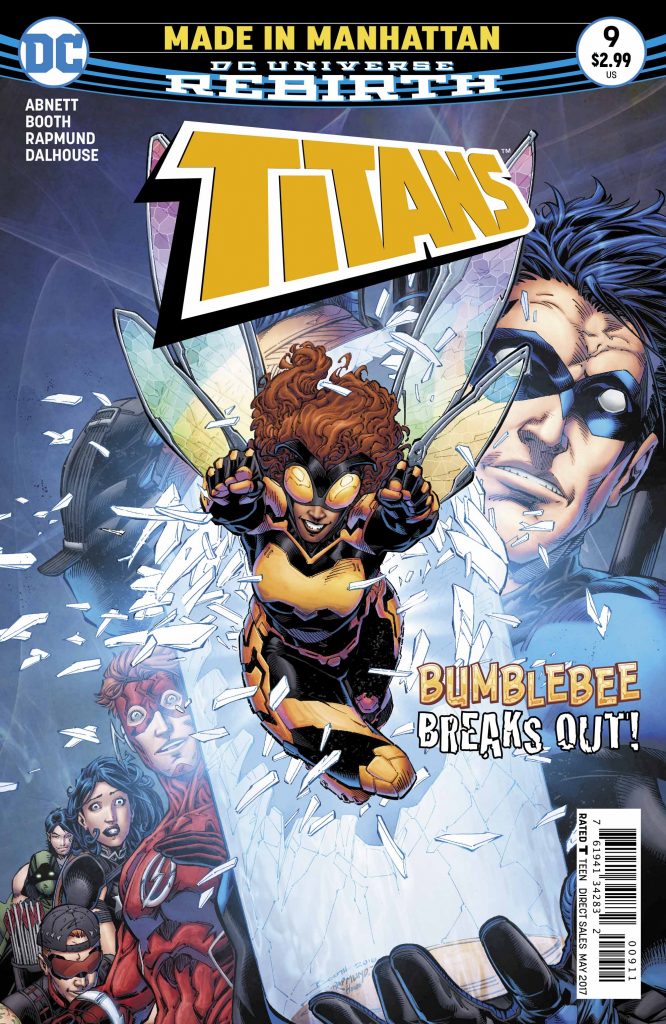 I mentioned in my last review that the set-up for this arc had me excited…and this issue just cemented that even further! Inside part two, we see the Titans confronting the Fearsome Five, only Psimon is making a case for them and saying that their powers have been removed and that they are reformed. This actually resonated nicely with me, throwing me back into the “Blüdhaven” arc that just wrapped up Nightwing (which I cannot recommend enough). But I mean it’s not like you can just reform after a few days right…?

Well the next part of this story that really hit me was when Roy questioned this and launched into a huge speech about how his drug addiction affected his life and he still came back. It was really powerful, but ultimately proved the point that Psimon and the Fearsome Five can’t have just reformed overnight. So the team agree to check it out. Dick and Wally sneak into Meta Solutions and uncover a huge secret: Psimon is not only taking people’s powers away from them, but also dealing in them and giving powers to people. 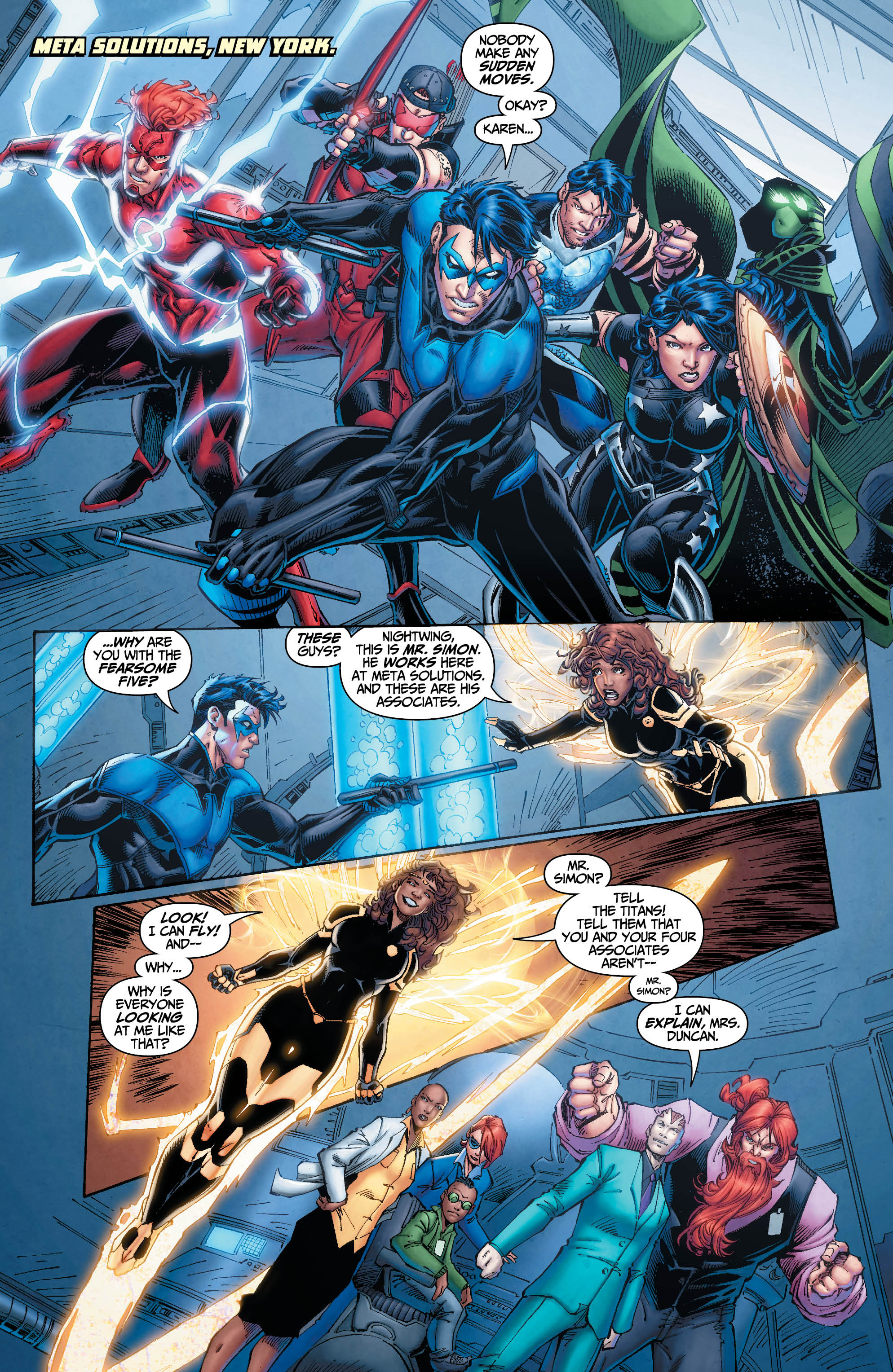 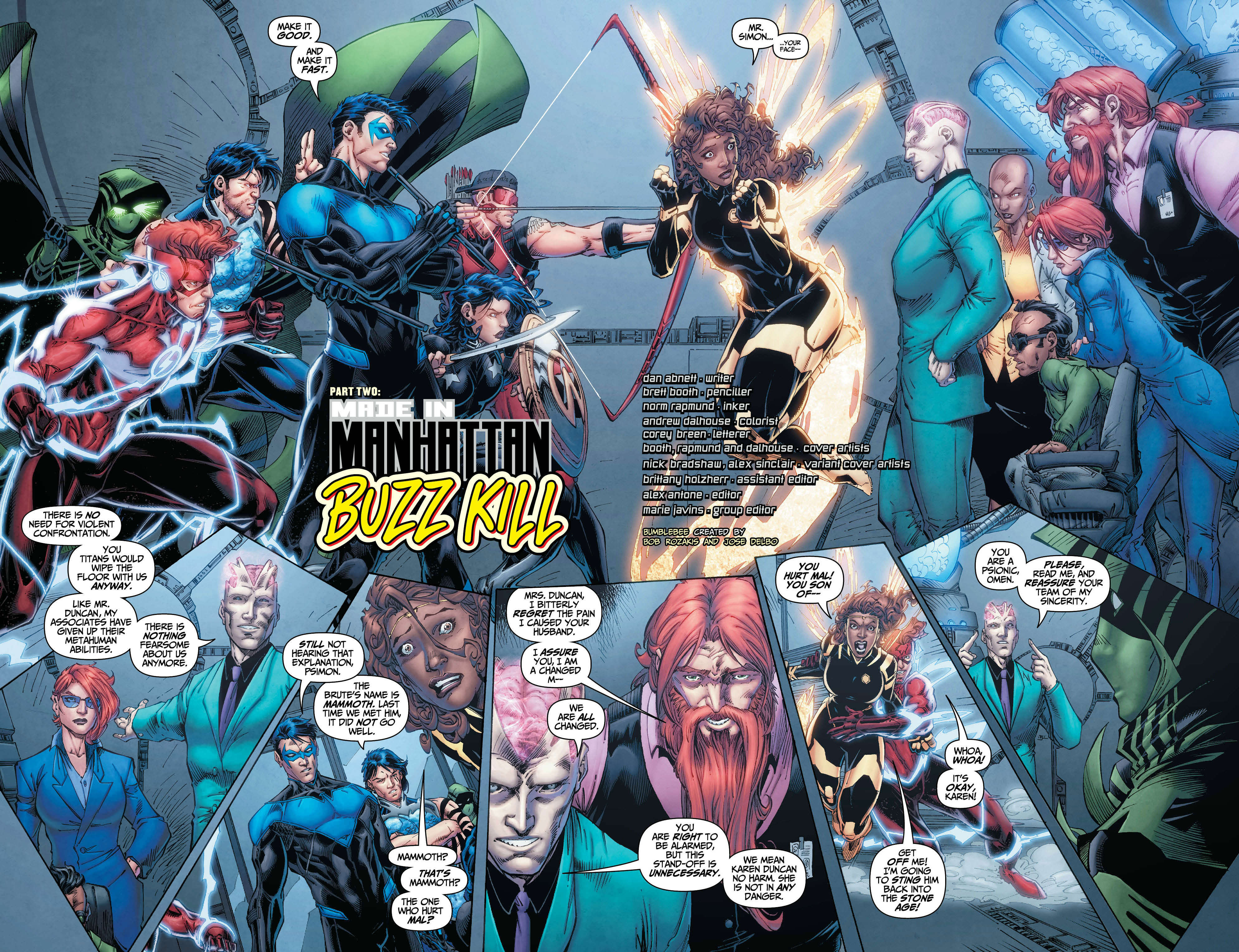 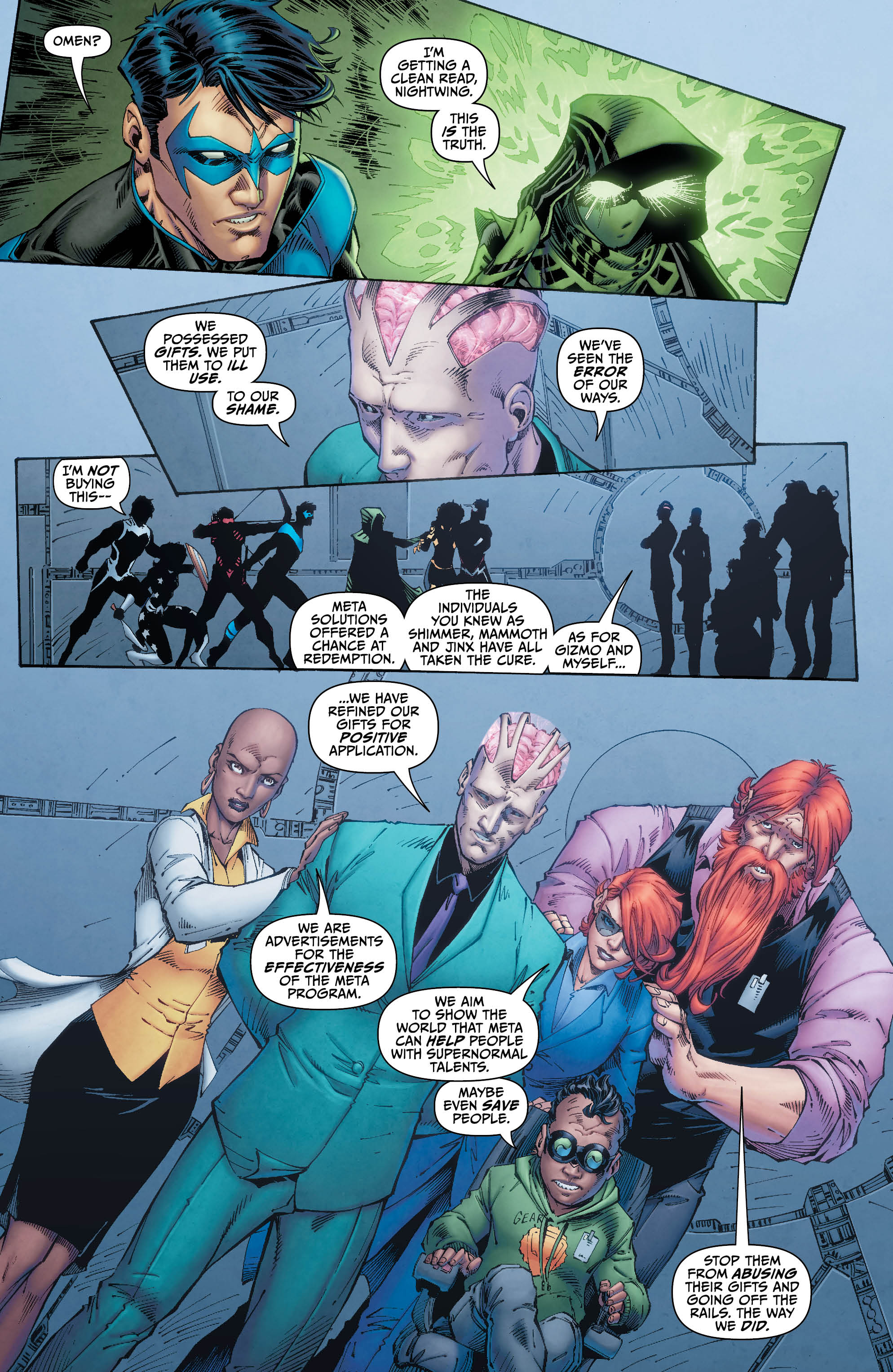 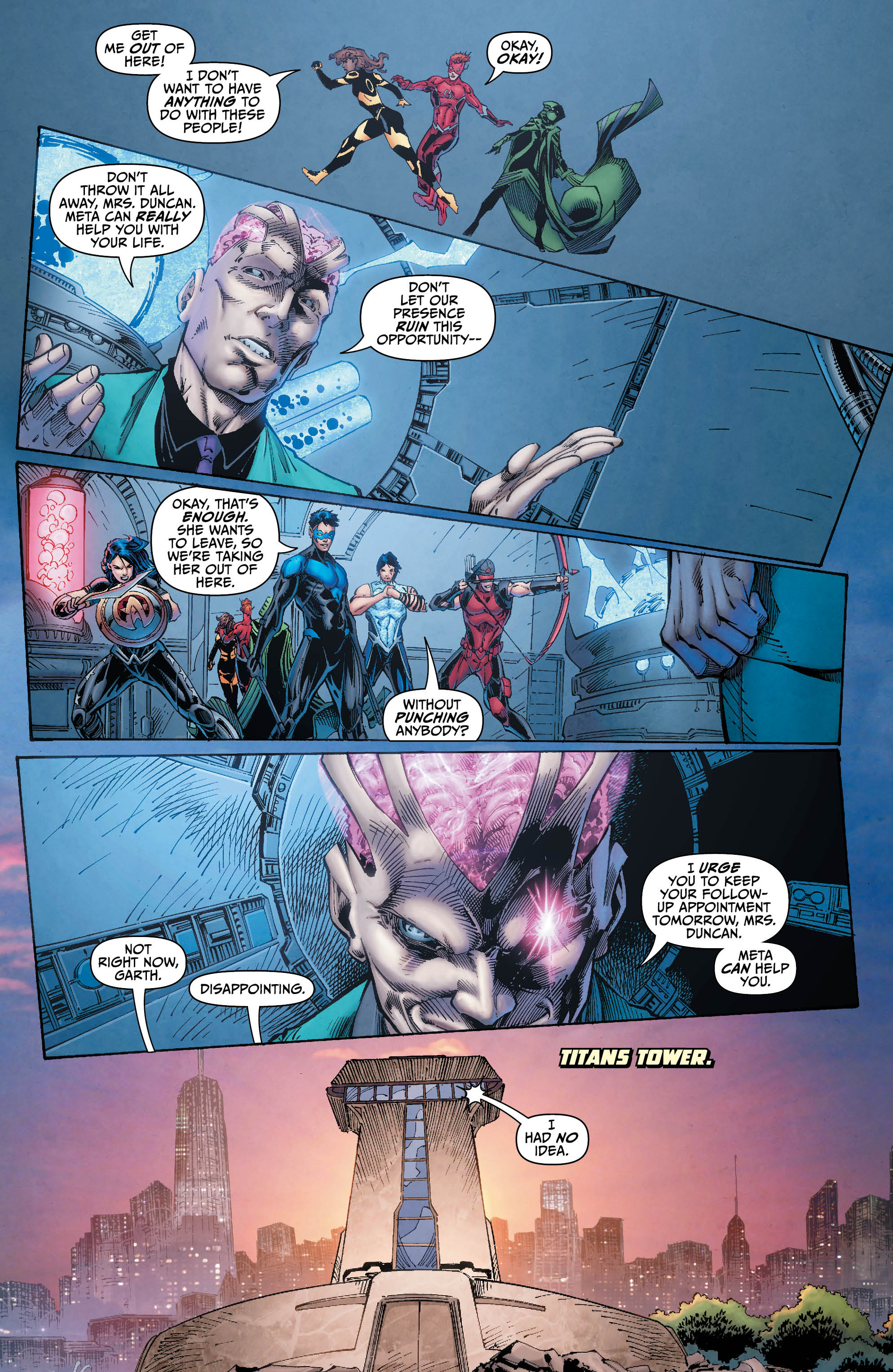 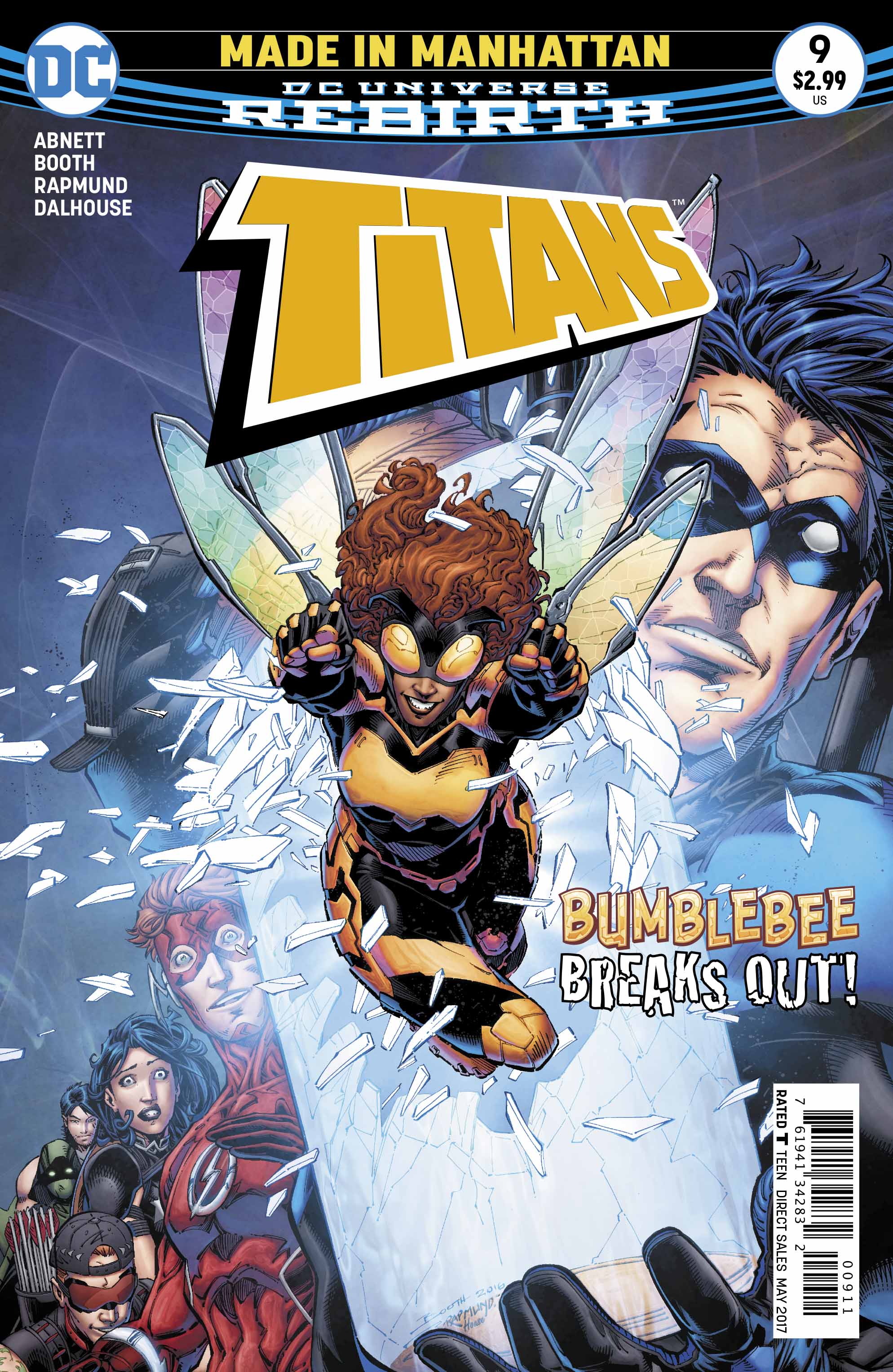 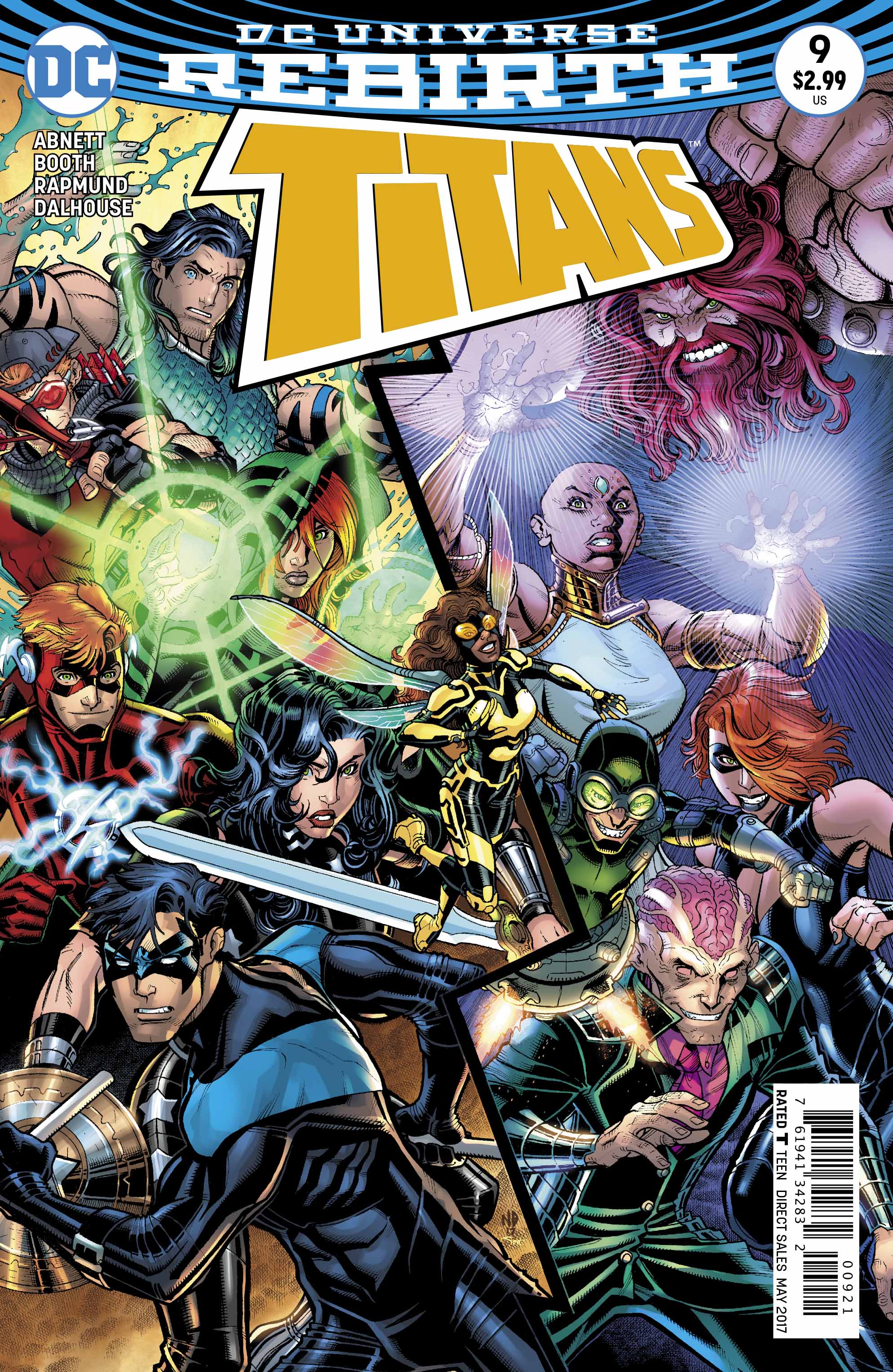 This revelation comes as an interesting one; shows or comics that involve super powers often will do this. The Flash TV series explored that with Wally and Alchemy earlier this season – hell even Misfits explored the idea of dealing in super powers in one of their seasons. Side note: if you haven’t watched Misfits, check it out honestly it’s the best. As Dick and Wally explore deeper into the base, they encounter Mammoth who – despite the seemingly honest confession from Psimon earlier – still has his powers, “and then some.” As much as I did want to believe that these guys had all reformed, I knew somewhere deep down that it wasn’t going to end up like that. But my prior reading of Nightwing made me think that maybe they had. So I saw it coming…but also didn’t? This issue was a roller coaster.

I can’t stop praising Brett Booth’s artwork; I’ve always loved it. He really brings out the depth in this team and it’s just gorgeous to look at. As a whole, this was an absolutely solid issue. It expanded upon what we knew but also continued to grow and deepen the plot. There was a perfect balance of character building, detective work and action (for my taste anyway) and there really isn’t any way I can fault it. This is one of the strongest issues I’ve read in recent times and I am super excited to see where this arc takes us, because right now I have no idea what they might throw at me next!

Abnett and Booth prove once again that they know how to handle a team book. Titans has been one of the most consistent series of Rebirth so far and this arc looks as though it might be up with “Blüdhaven” for me. I will definitely be picking up the rest of the series so long as it keeps up this incredibly story telling.