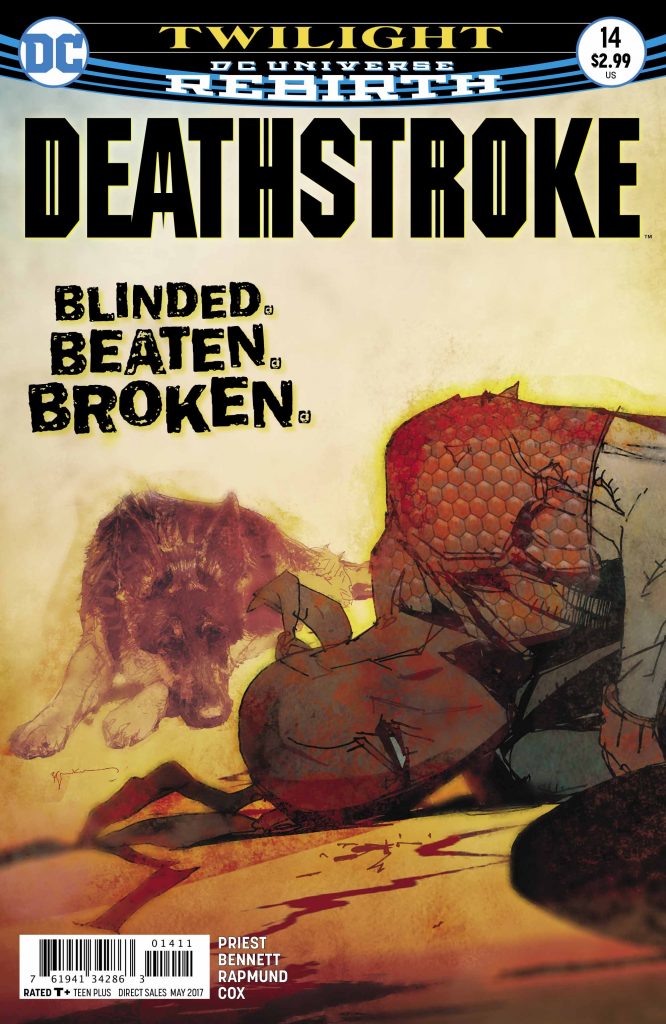 I would firstly like to reiterate the spoiler tag above. SPOILERS. Okay.

So Priest and Bennett are back this week with part three of “Twilight” and man the wait between this issue and the last one felt like forever. With the cliffhanger that issue 13 presented us, I wasn’t sure what sort of story this follow-up issue might tell. We learn early on that Etienne was hired by someone to keep an eye on Slade, but instead slept with him. Classic. One moment in this book that stood out to me the most was actually an interaction between Slade and Etienne. Nothing verbally, mind you, but on the bottom of page two we are presented with four panels that show Slade holding Etienne’s hand. Anyone who has had their hand held like this before knows all too well how amazing that feeling is, and just with these four almost identical images and no dialogue, I felt things between them. Amazing.

As a whole, Bennett’s artwork in this issue was extremely well handled. As always, his characters don’t contain too much detail, but also more than enough. I feel as though I say the same thing every time but this art style just does it for me. It suits Priest’s writing so perfectly that I can’t imagine anyone else taking up his role again. The title page for this issue (which lands on page seven for some reason) is a full body shot of Slade in a suit with a hand gun and sunglasses. If I had to sum up this series in one image, it would be that one. Once again, outstanding work from Bennett this week. 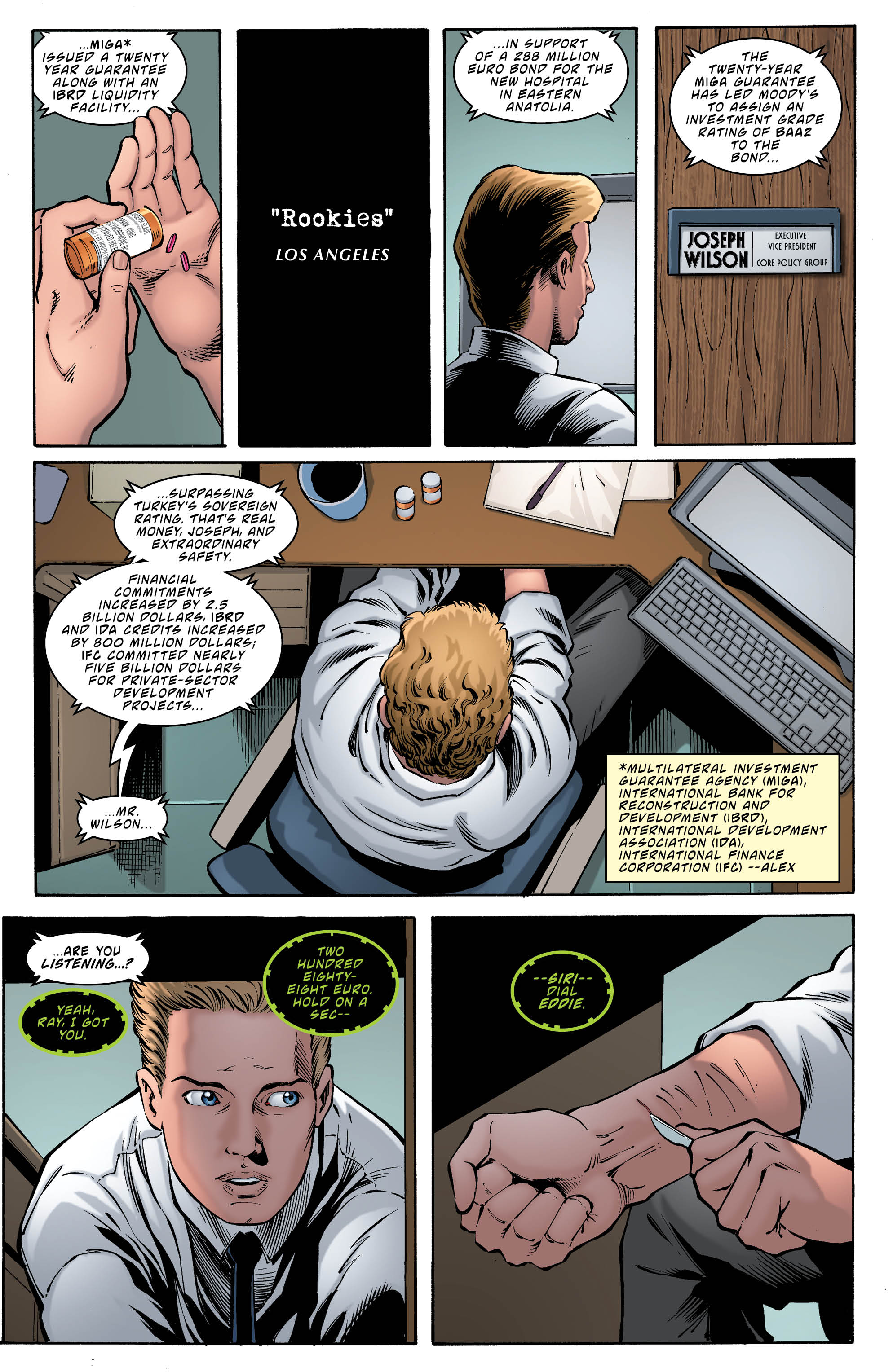 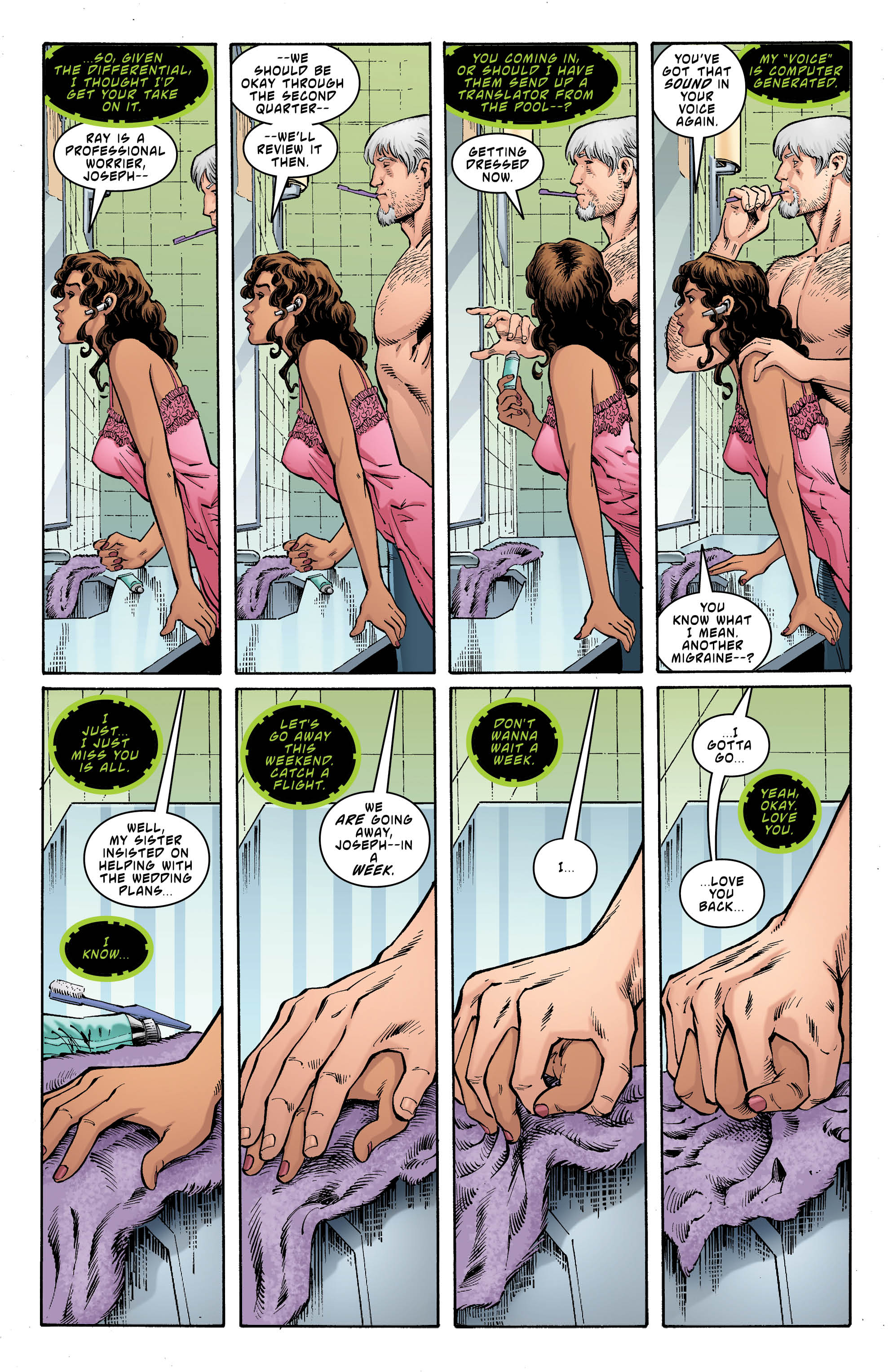 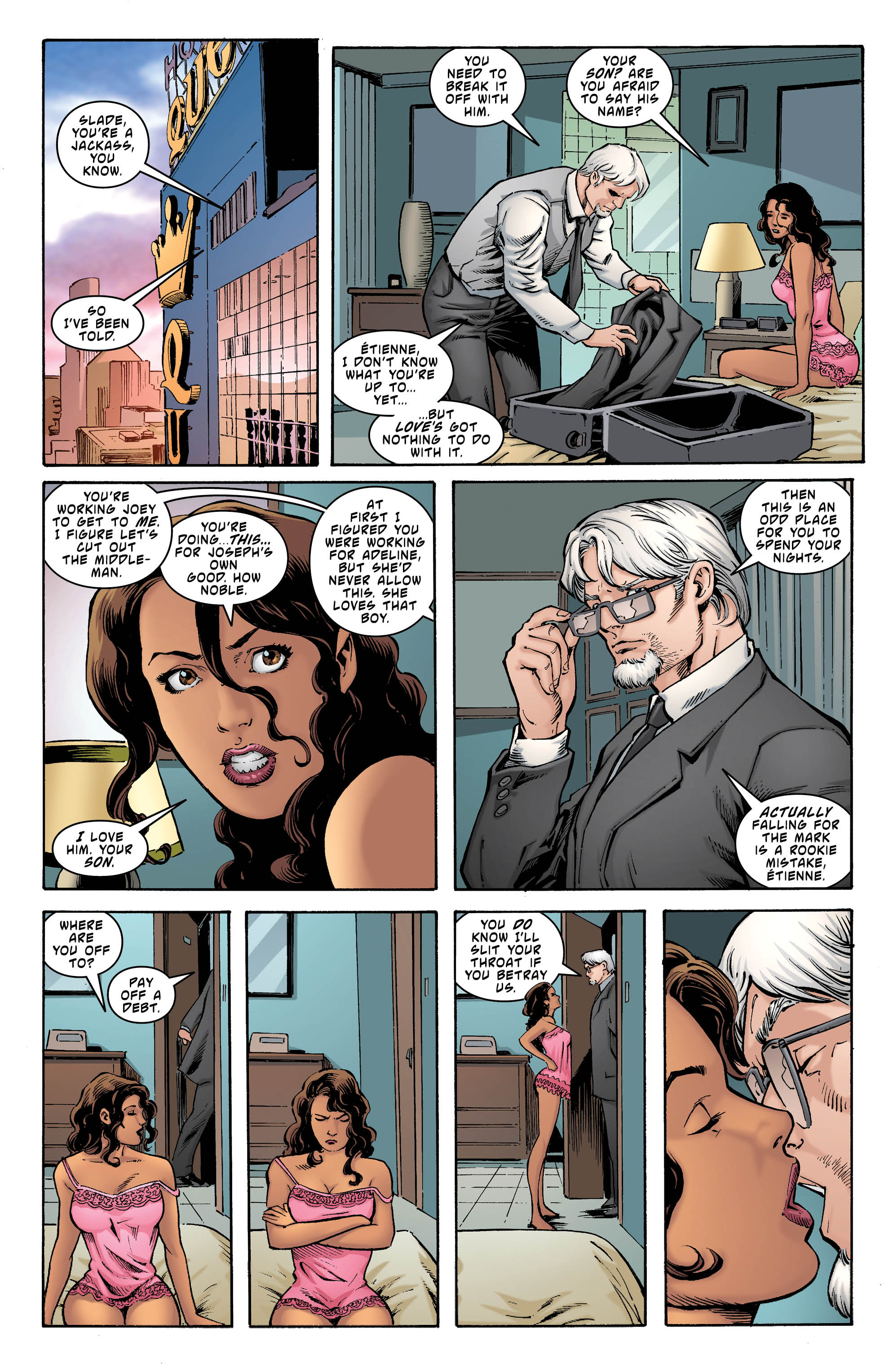 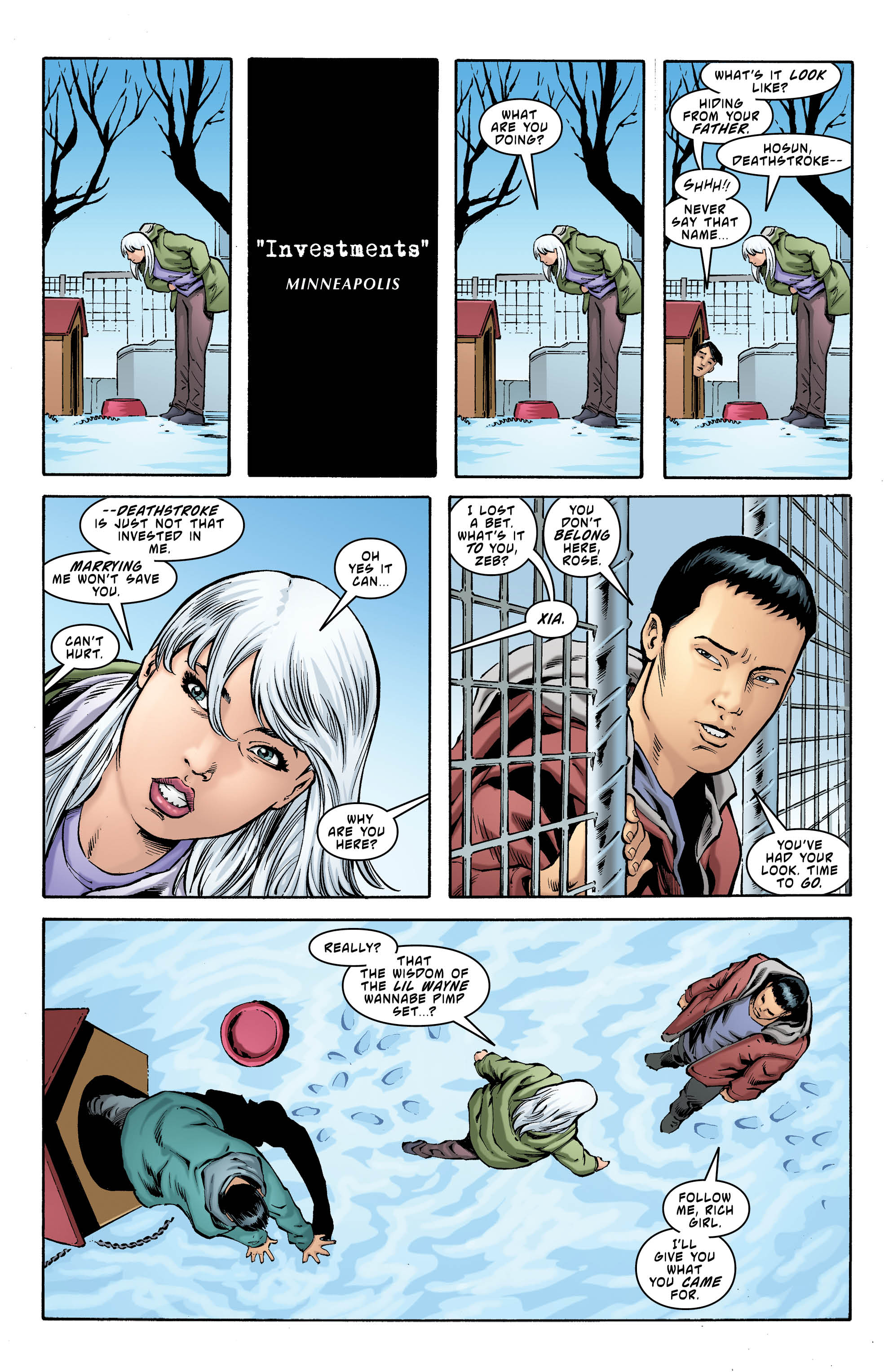 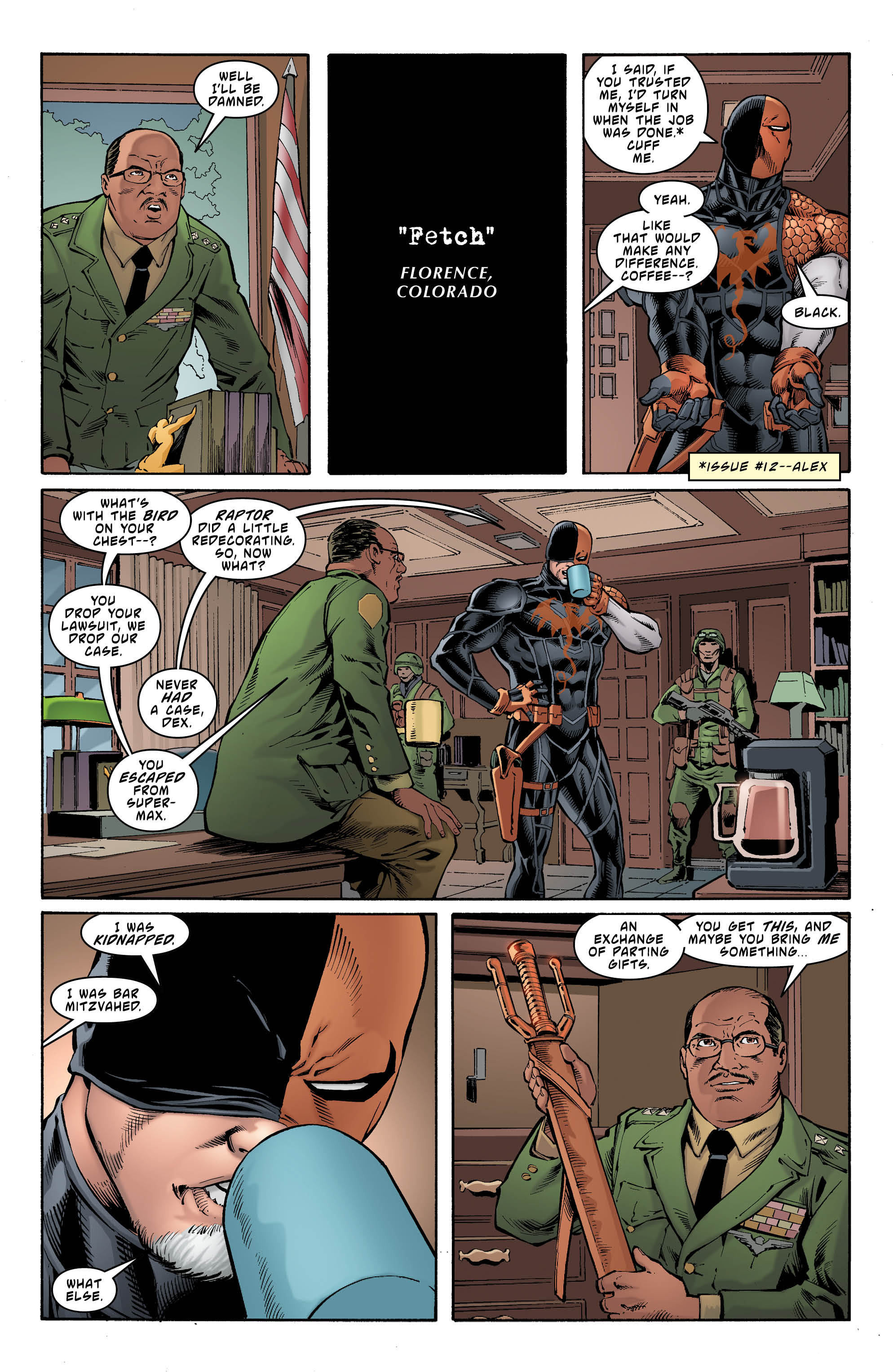 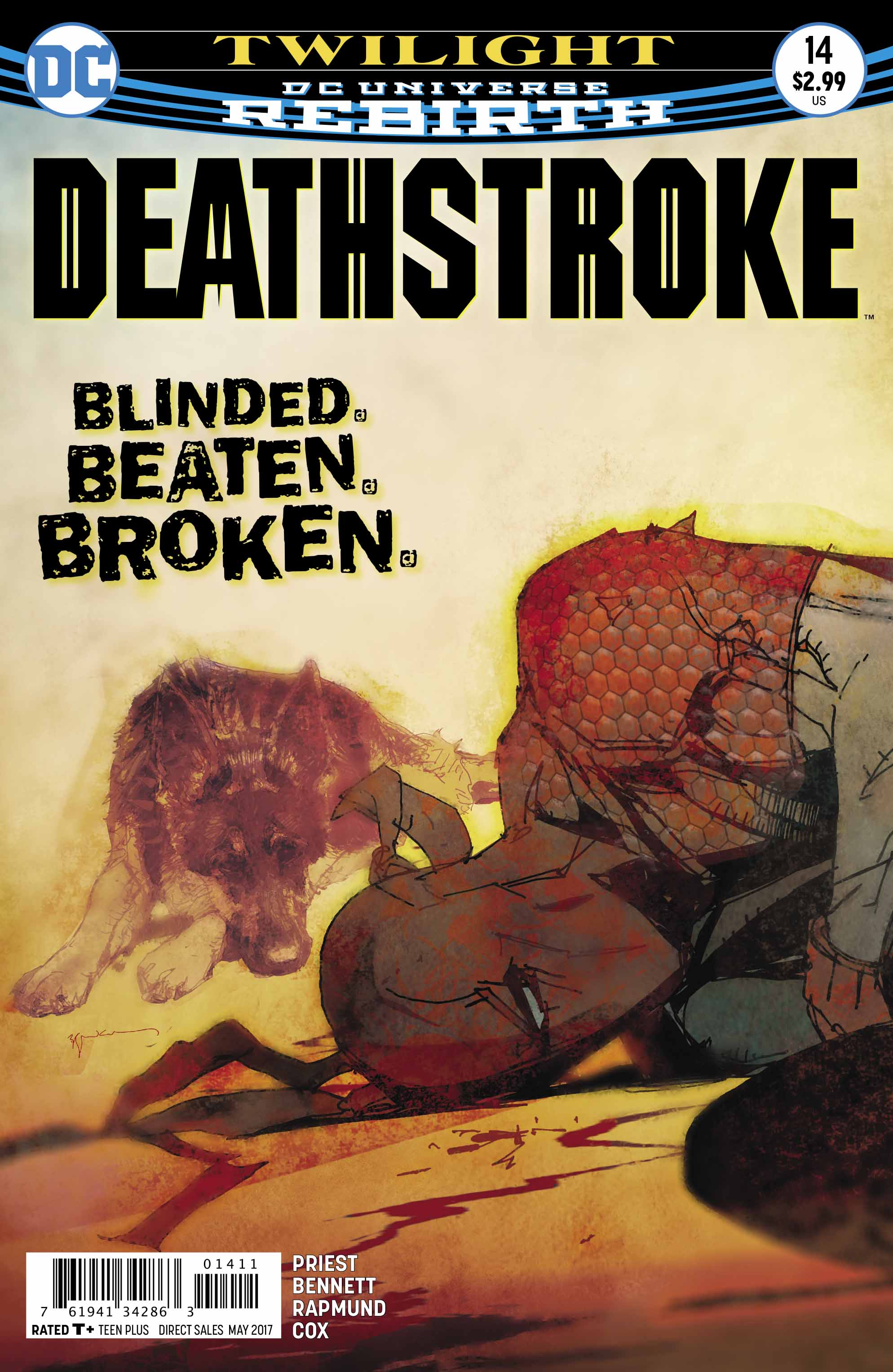 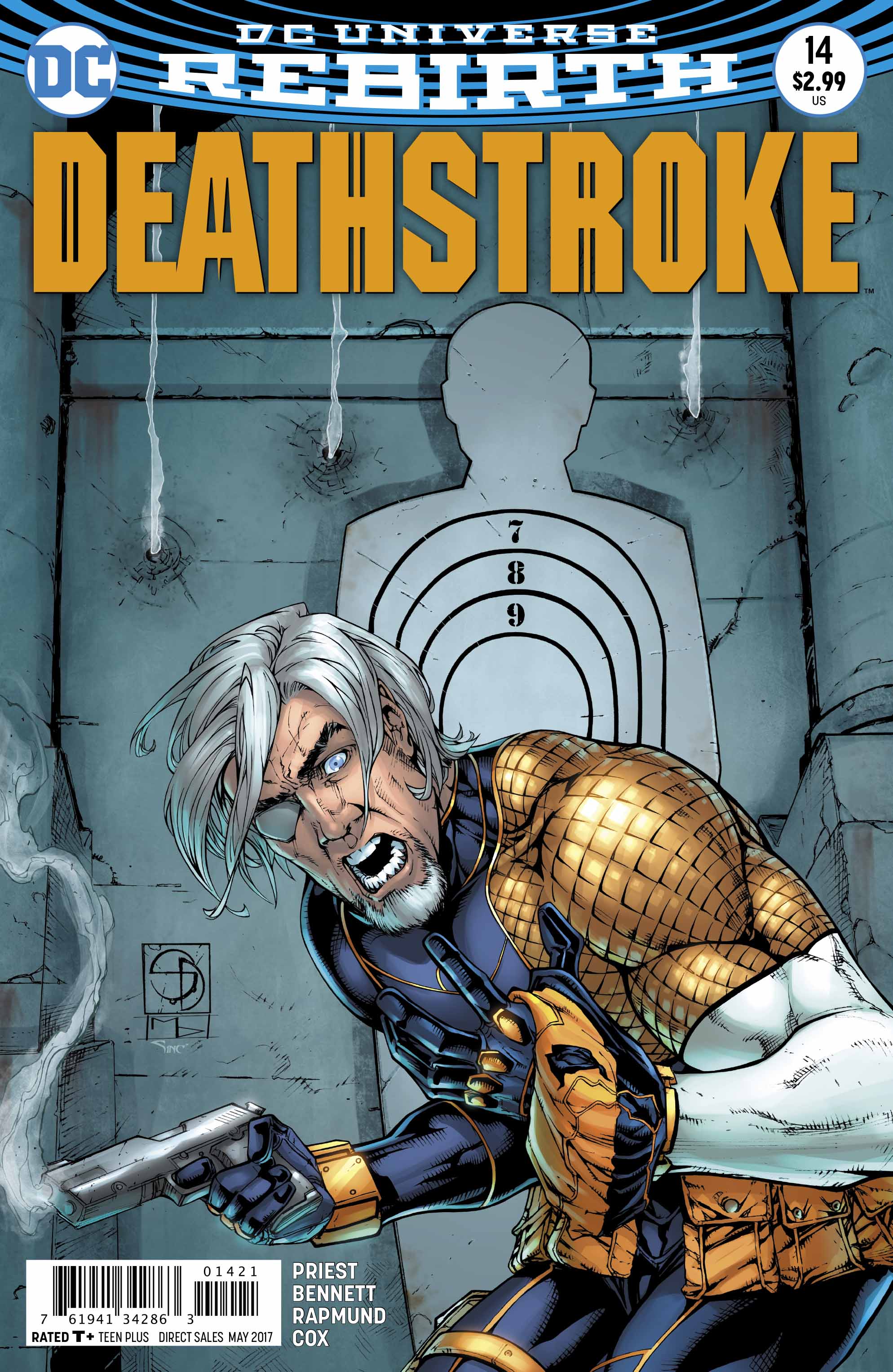 Now we hit spoiler territory. Two big things happened this issue. First of all, the somewhat unlikely team-up between Slade and Power Girl (Tanya Spears, not Karen Starr) was odd but welcomed. The banter that Tanya pulled out during the fight was incredibly well done. Beginning to explain to a thug that shooting her is useless before realizing he won’t understand was hilarious. She brought a nice balance of comedy to this issue and it was great to see her make a return – albeit in a book I did not expect her to be in! The ending of the issue concerns her too, which is the big spoiler territory moment. She reveals to Slade that he is, in fact, blind. While we knew this was coming for a while, I did not expect it to happen so soon. There isn’t much to discuss about it now because I feel like next issue is going to delve into it a lot deeper, so I will wait (im)patiently until then.

I have to admit I had my doubts about this arc going in, but this issue proved all of my doubts wrong. Priest and Bennett are presenting one of the best books DC has to offer right now, and with each new issue I am growing more and more invested in this new “Twilight” arc.