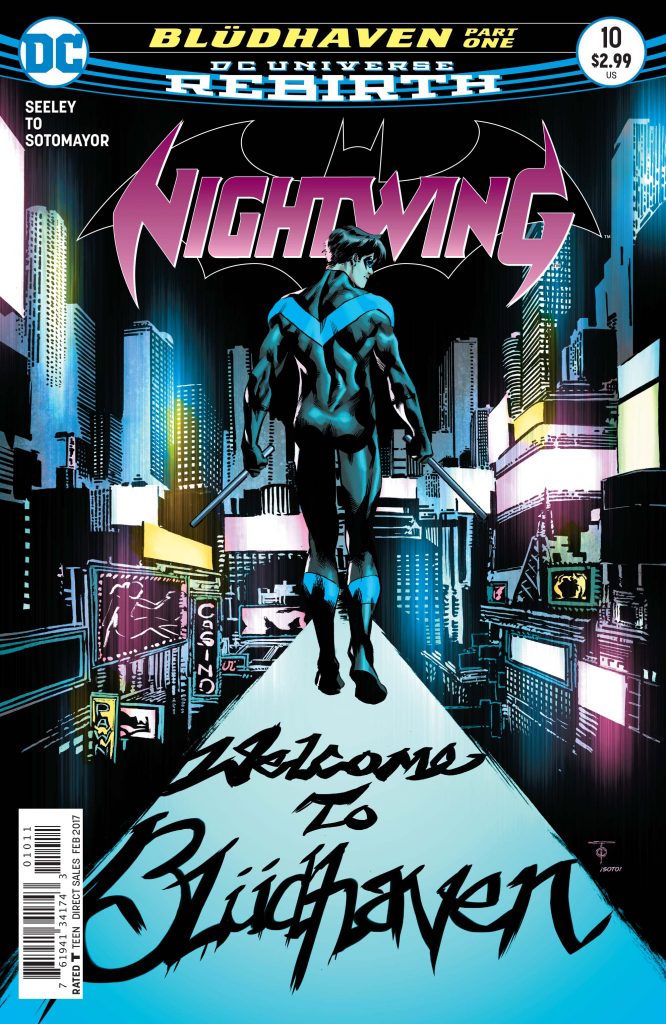 It’s finally here – the moment fans have been waiting for since Rebirth began: Dick Grayson has gone back to Blüdhaven! After a very mixed opinion about the first two arcs, as well as “Night of the Monster Men,” I was skeptical going into this issue, however Seeley delivered the story that I – like many fans – had been waiting for since this series began. This issue explored the character that fans have known and loved over the years and returned Dick to his Nightwing mantle in a proper fashion, whilst also providing a more complex look at the inner workings of his mind.

This story makes the book feel like a first issue, which I suppose is a good thing considering it has to set up a whole new arc. In terms of content, there isn’t much to discuss – Dick goes to Blüdhaven, tries to start fresh, encounters a gorilla and discovers <spoiler> (no, not Stephanie Brown). It has a nice flow and is a step in the right direction after the last couple of issues. On the art, Marcus To has done an amazing job in this issue and made the city pop right off the page, especially whenever there was any blue around. The simple yet detailed art style is a perfect fit for Nightwing moving forward and, though I have enjoyed Javier Fernandez’s art up to this point, To is exactly what this series needs at the moment. 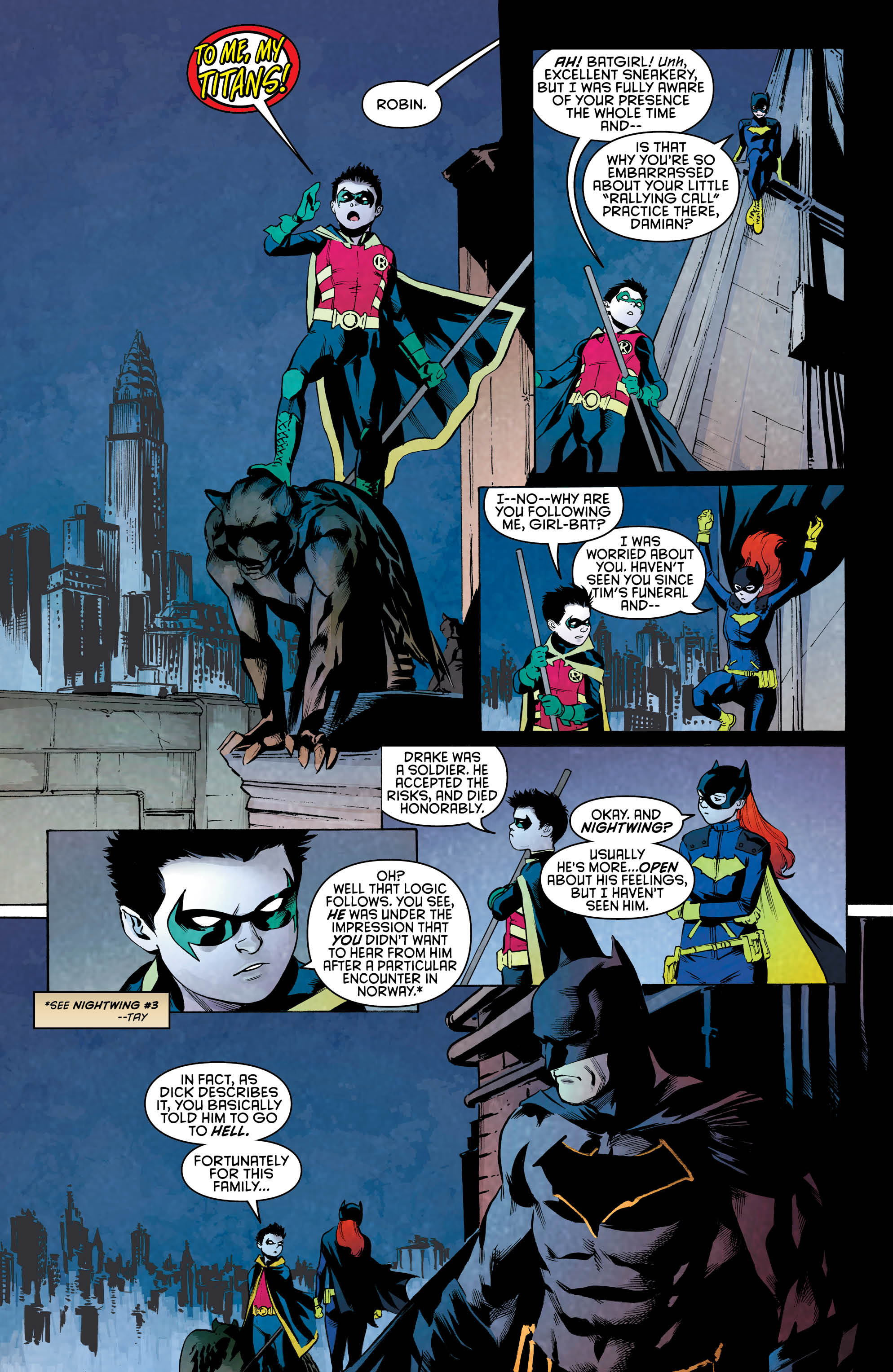 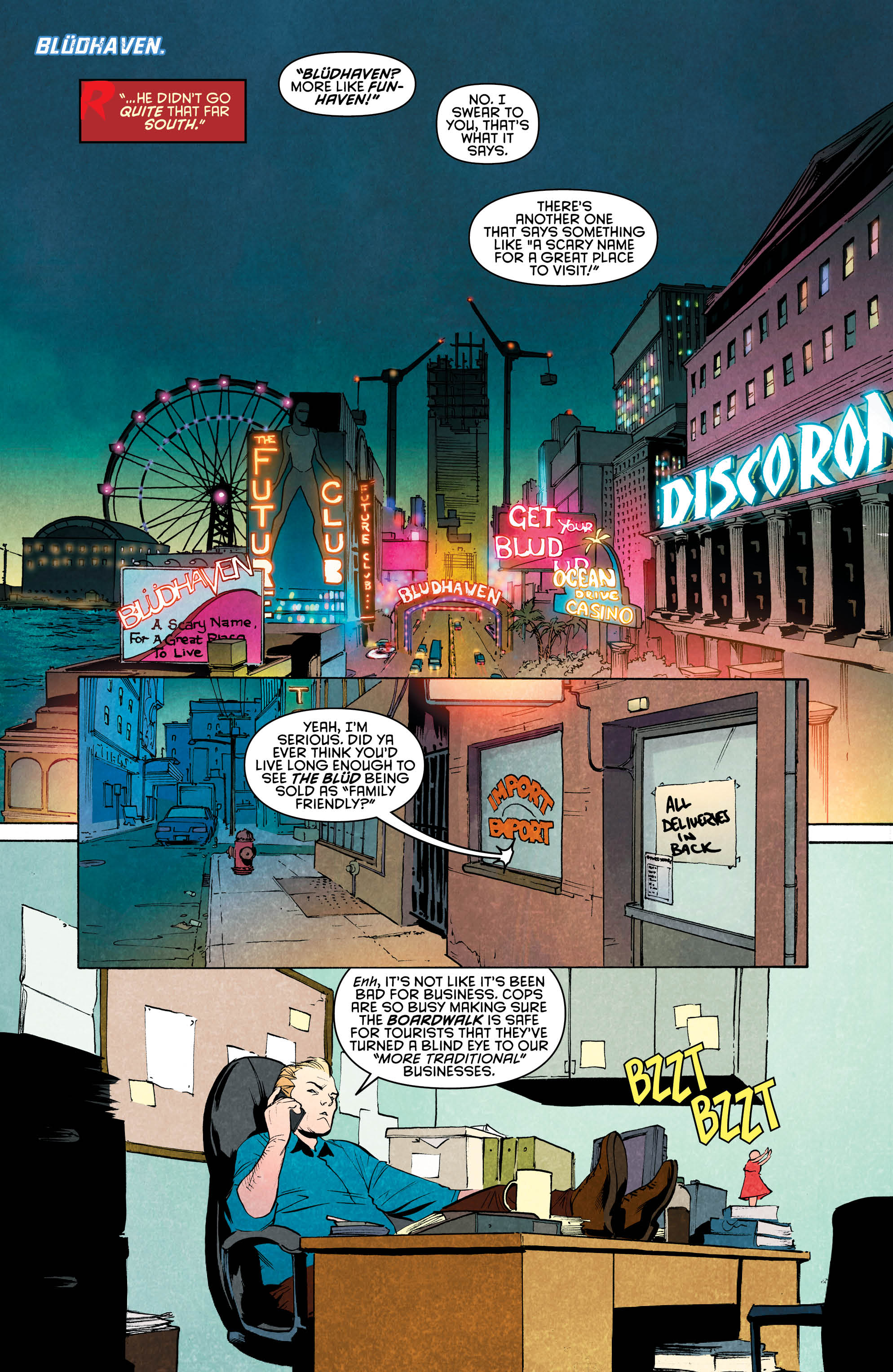 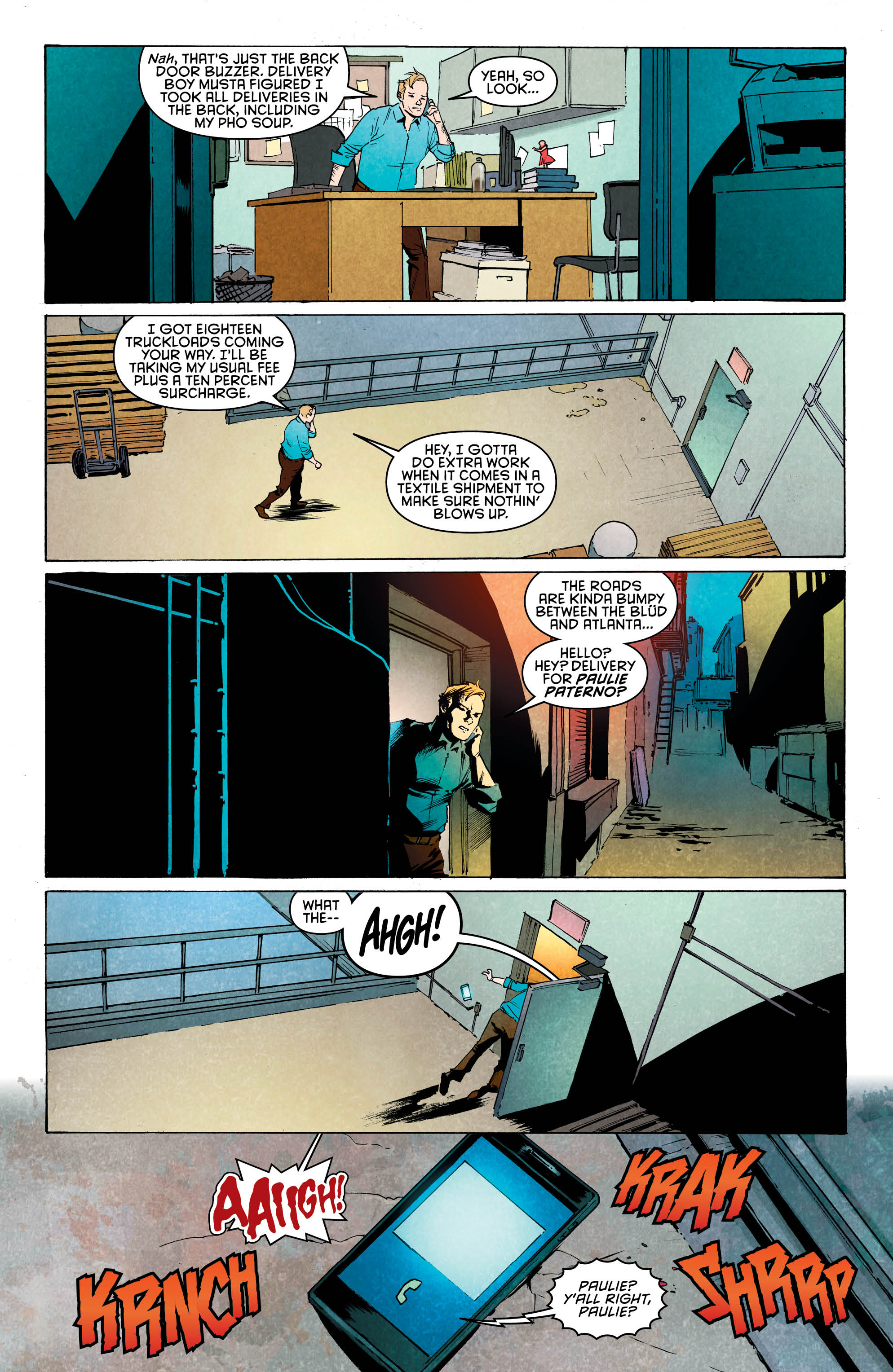 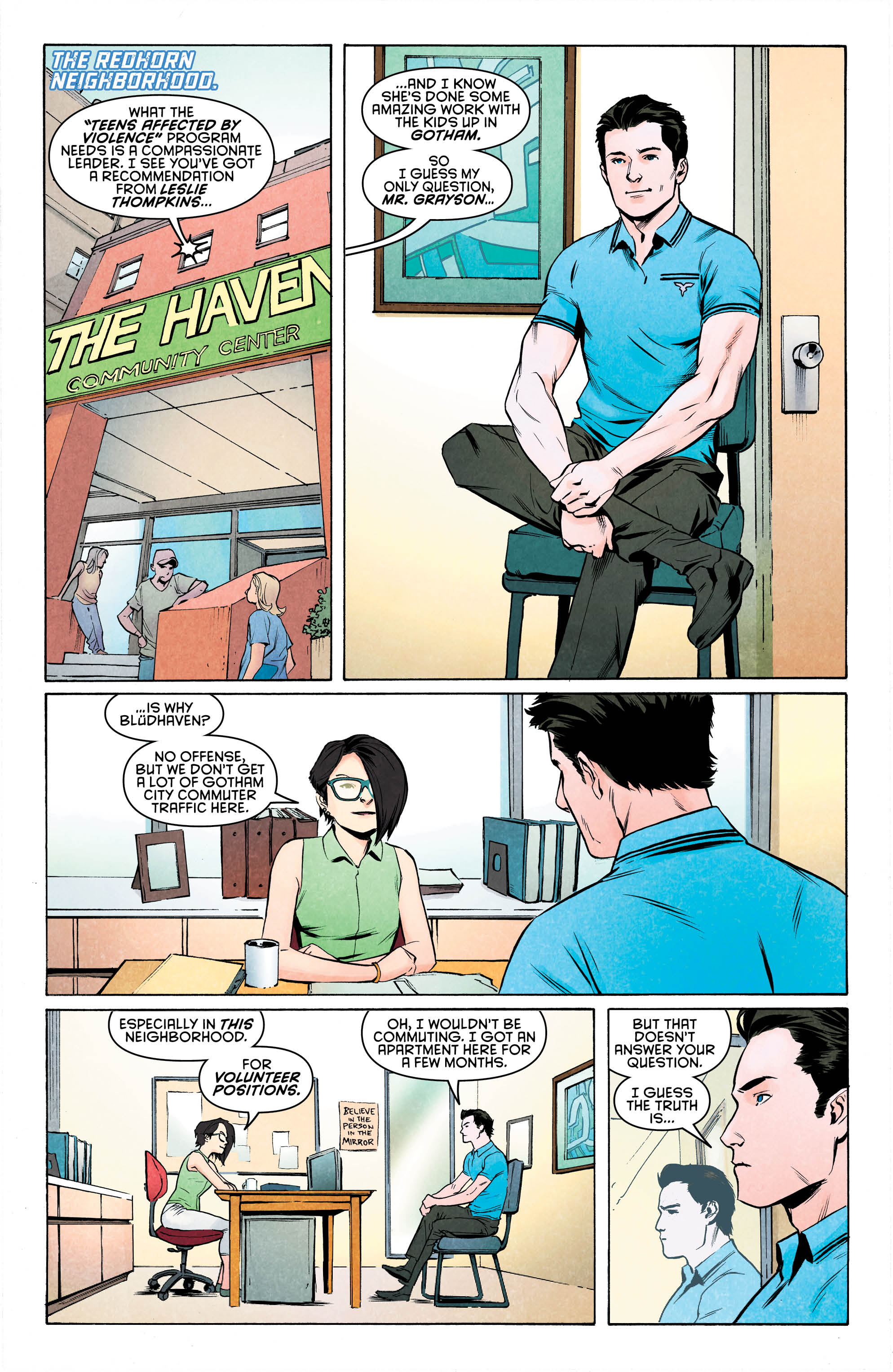 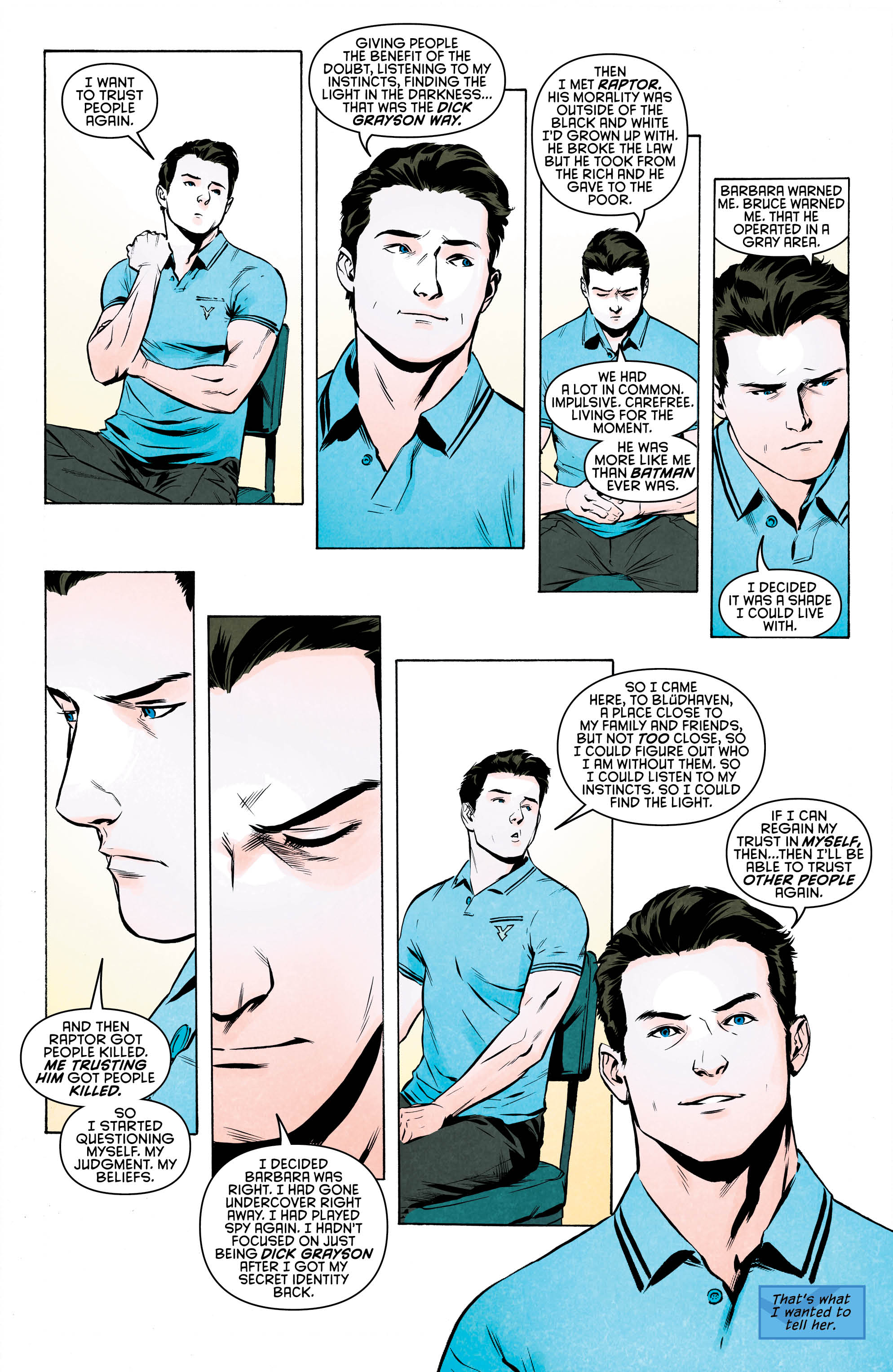 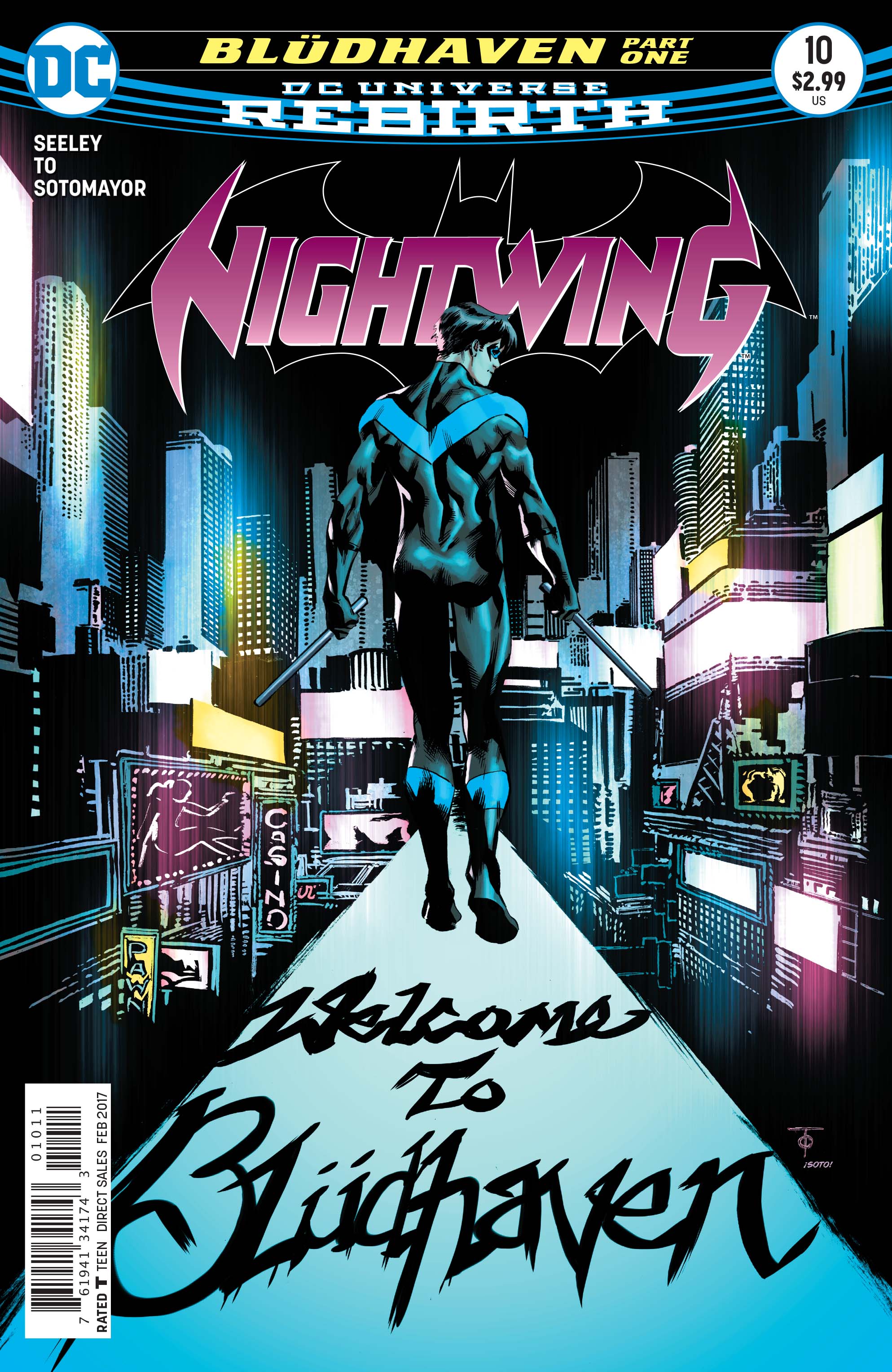 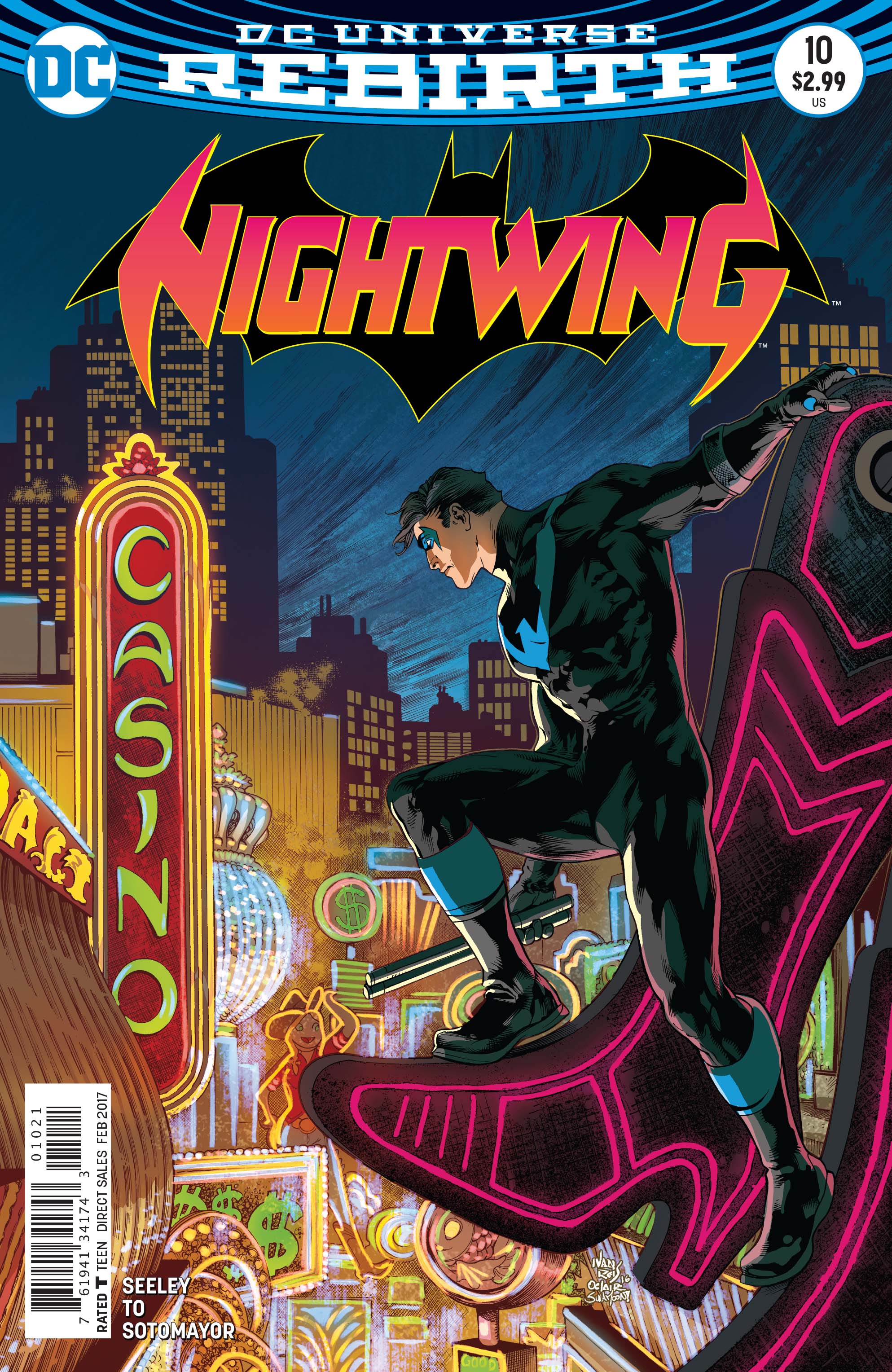 The ending of this issue left on a cliffhanger, as many a comic has done before. Thankfully, with this series being published twice monthly, readers won’t have to wait long. It showed Dick (in his Nightwing guise) encountering Shawn Tsang from earlier, only she was dressed as “The Defacer.” The whole encounter loses some of its impact, as I personally (like many others) had no idea who this “Defacer” is, and there’s a good reason for that. After doing a quick search online to make sure I hadn’t missed anything, I discovered that this was Defacer’s first appearance, so I can only assume that her relationship with Nightwing will be explained as this arc continues.

My one complaint about this issue arises with this cliffhanger. It is played out on a full page reveal with a shocked exclamation from Dick like we are meant to know who this character is, but we don’t. Mind you, it left a lot questions open to be explored as the arc goes on, but the impact was lost and that’s something I have to say I was slightly disappointed with. The other thing I feel like I have to point out is that I feel a little cheated by this revelation. Shawn is literally one of the two people Dick has met in Blüdhaven so far and she also wears a costume, which is a very comic book thing to do, but it just feels a little too convenient. At this point, I am left wondering if Jimmy Nice (yes, that is his real name) is going to become Jimmy Bad as the arc goes on considering his shadiness at the beginning and his ties to Shawn. These small complaints aside, this issue was a solid start to the Blüdhaven arc and I am very excited to see where Seeley and To take it over the next four issues.