The LEGO Batman Movie is coming, but it’s just taking TOO long.

Since his first scene in 2014’s The LEGO Movie, fans have been anticipating this spinoff. Will Arnett brilliantly voices the Dark Knight in such a memorable way, that it’s nearly impossible for any fan of Batman to not like him. There’s so many references to every era of the Caped Crusader’s legacy, it’s easy to find one (or 100) things you like.

Warner Bros. knows we’re counting the days, so they’re continuing to piece together a genius marketing plan. IMAX tweeted another poster for the movie, and want us all to know there’s another way to view the movie. And the family is all here. 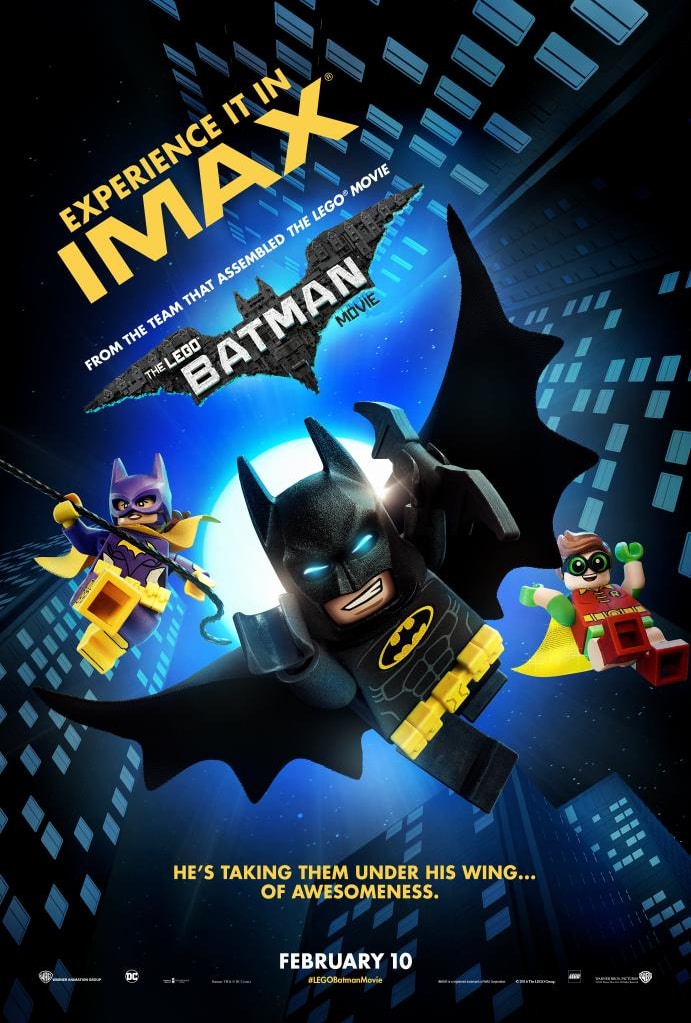 I can’t get enough of those fish eyes on Robin’s glasses.

The synopsis for the film is… who cares?! It’s Batman doing Batman things with characters from Batman’s world. What more do you need to know?

The film stars the voice talents of Will Arnett, Michael Cera, Rosario Dawson, Ralph Fiennes, Zach Galifianakis and many, many more. Directed by Chris McKay, and based on a script from Seth Grahame-Smith, The LEGO Batman Movie is set for a February 10, 2017 release.

You know what would be awesome? To watch the latest trailer again.