If there’s any holiday that seems right up the Dark Knight’s alley, it has to be Halloween. He basically dresses up and scares people. Isn’t that the point of the holiday? Yes, yes it is. So, if you’re looking for something else to keep you in the holiday spirit this weekend, look no further. Batman: Haunted Knight is a perfect collection of stories to celebrate the darkest time of year with our favorite Dark Knight. Originally released as three Halloween specials, the book consists of three stories written by the now-celebrated team of Jeph Loeb and Tim Sale, first released in the 90s through the Legends of the Dark Knight title. 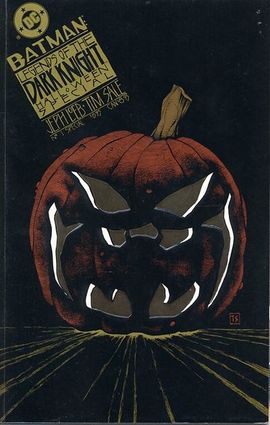 The Scarecrow is loose in Gotham City, blowing up power stations, making areas of the city go dark on the night before Halloween. Batman catches the villain just in time to make it to a costume party hosted by none other than Bruce Wayne. It is here he meets his latest love interest, Jillian Maxwell. Scarecrow (obviously) escapes, infects Batman and a usual standard Batman case unfolds. Except, it’s not usual at all. Sure, the basics seem very similar to all superhero stories, but Loeb and Sale craft a delicious treat so early on in their established careers. The title serves well, as Bruce battles his fears throughout, especially when it comes to his deceased dad. He goes through a bit of a mind trip before ultimately pulling out of it and stopping Dr. Crane. Oh, and with a little help from Alfred, they discover who Jillian Maxwell truly is. Sale’s art isn’t as detailed as it eventually is known to be, but it’s still 100% Sale (that makes sense, right?). The story rocks and is the biggest one in the collected book. 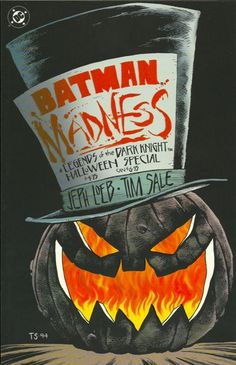 Like “Fears”, “Madness” follows the Dark Knight chasing Jervis Tetch, the Mad Hatter. He’s doing his usual celebration of Alice in Wonderland except this time, it’s on Halloween and Alice is a well-known character: Barbara Gordon. She’s recently been adopted by Jim and let’s just say they’re off to a rocky start. Bruce is having his own familial issues, flashing back to memories of his mom reading him a certain story on a rainy night: Alice in Wonderland. Mind trips, Leslie Thompson, and a villainous take down finish off the story which is again expertly drawn by Sale in a more confident, descript way. Is “Madness” better than “Fears”? Maybe not, but it certainly belongs in the discussion. 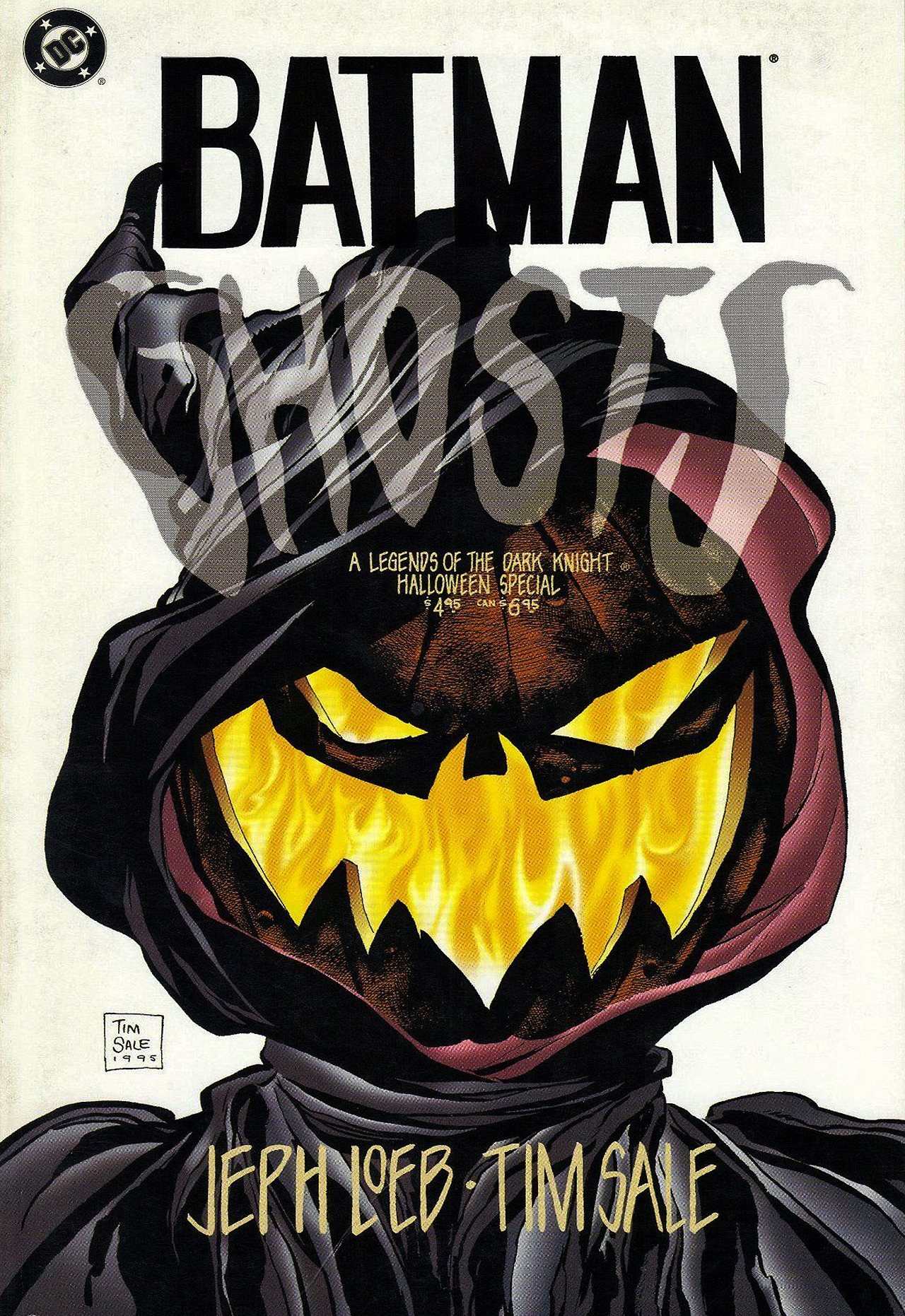 Loeb and Sale aren’t being too subtle here. “Ghosts” takes the overdone formula of A Christmas Carol and inserts Bruce Wayne’s world into the story. Spoiler alert: It works wonderfully. In a nutshell, Penguin crashes a Bruce Wayne Halloween party and Batman takes him down. Already struggling with exhaustion, he hallucinates his dad as he walks into Wayne Manor. It actually just serves as a tease, since the ghost of Thomas Wayne visits his son during the night, warning him of the effects Batman will have, and promising 3 visitors during the night: the ghosts of past, present, and future. Loeb crafts a good story from here, taking Bruce through his life and how it’s being consumed/shaped/affected by his alterego. Sale, now sailing with his craft, creates iterations of characters that pop up in later works (The Long Halloween, Dark Victory). By the end of the story, Bruce has taken these “warnings” seriously and instantly makes a change.

The three stories that make up Haunted Knight are a perfect tease for what’s to come from the wonderful team of Jeph Loeb and Tim Sale. It’s stylized, emotional, heroic, and is extremely faithful to the character of the Dark Knight. If you haven’t read the stories, consider this book a perfect treat.

That’s not a trick.