New York Comic-Con starts today and will run all throughout the weekend. It’s another big event for us comic book fans.

There will be a new Digital First comic book series entitled DC SuperHero Girls: Past Times at Superhero High, which launched everywhere today, available now wherever digital comics are sold! DC also announced the third graphic novel in the DC Super Hero Girls line, focusing on the most iconic female superhero ever, Wonder Woman. The book is entitled, Summer Olympus.

“I’m thrilled to work on this Digital First series because it focuses on two of my favorite DC Super Hero Girls characters, Harley and Batgirl,” said Fontana. “They’re an odd couple, but they make a fun dynamic duo as they team up to try and save Super Hero High. Through the story, we’ll explore what makes the Super Heroes tick and test the boundaries of their friendship. I’m also really excited to explore a new side of Bumblebee that hasn’t been seen before and can’t wait for fans to see so much of her heroic heart.”

DC SUPER HERO GIRLS: PAST TIMES AT SUPER HERO HIGH will follow iconic DC characters Wonder Woman, Supergirl, Batgirl, Harley, Katana, Bumblebee and Ivy as they embark on a time traveling mission that goes haywire, leading the teen superheroes on a wild goose chase through time in hopes to restore order at present-day Super Hero High. The series will debut new digital chapters every other Wednesday and fans can download the first chapter for free by visitingreadcentertainment.com/redeem and using the special promotion code: PASTTIMES. Following the digital run, the comic will be collected into a print graphic novel in 2017.

For Liberty Belle’s “History of Heroes” class, WONDER WOMAN, SUPERGIRL, BATGIRL, HARLEY, KATANA, BUMBLEBEE and IVY take a time machine to learn about the past, up close and personal. But when the girls can’t help themselves from intervening in a past battle, they alter the course of history. When they return to the present, they find that Super Hero High is now run by VANDAL SAVAGE! The girls will have to ping-pong through time, trying to find the right way to restore order—and Amanda Waller—to Super Hero High.

Artists: Agnes Garbowska, Yancey Labat, and more to be announced

School’s out for summer, which means WONDER WOMAN has to take her annual trip to visit her dad, ZEUS. Wonder Woman usually feels like an outsider among the gods and goddess of her paternal family (and she hates the constant barrage of “You’ve gotten so big! How tall are you now?”), so she’s thrilled when Zeus says she can bring a few friends along. When the girls arrive at Olympus, it’s not long before the family reunion devolves into a family competition. When jealous ARES enters the scene and stokes the fires of distrust, the family feud turns into a battle for Wonder Woman’s soul! The gods offer Wonder Woman the ability to become “full goddess” and increase her powers – but at the cost of renouncing her life at Super Hero High. Will Wonder Woman refuse the offer, and if she does, might this mean war on Super Hero High? When Ares and STRIFE work their battle-magic on Wonder Woman’s friends, it’s super hero girl against super hero girl in the battle for Metropolis!

DC Super Hero Girls centers on the female Super Heroes and Super-Villains of the DC universe during their formative high school years—prior to discovering their full super power potential. Featuring DC’s icons such as Wonder Woman, Supergirl, Batgirl, Harley Quinn, Bumblebee, Poison Ivy, Katana and many more, each character has her own storyline that explores what teen life is like as a Super Hero.

DC Super Hero Girls is a fun, immersive world that encourages girls to discover their own super-heroic potential with new animated shorts, TV specials, and made-for-video movies; as well as a merchandise program across all categories, and more. Random House Children’s Books continue to expand on its portfolio of middle-grade novels, with author Lisa Yee; and DC continues to create original graphic novels, with writer Shea Fontana. Fans can discover more at DCSuperHeroGirls.com and through dedicated social media platforms, including YouTube, Facebook and Instagram.

Check out the covers: 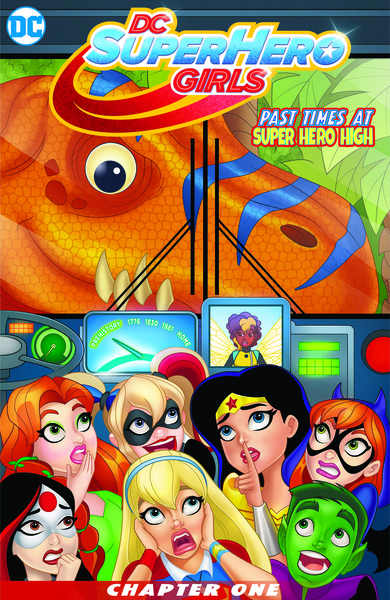 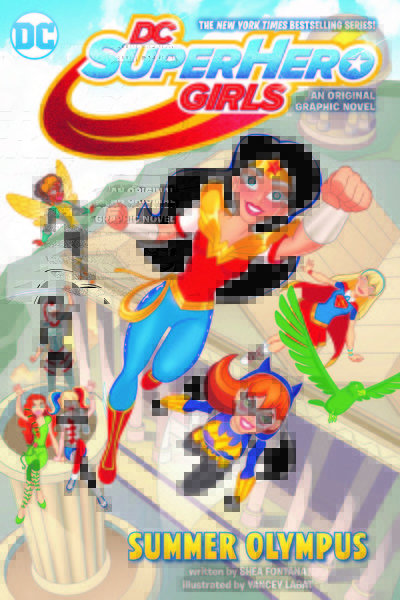 DC All Access: ‘Batman: Return of the Caped Crusaders’

‘Batman: Arkham VR’s’ First 12 Minutes of Gameplay are Up!