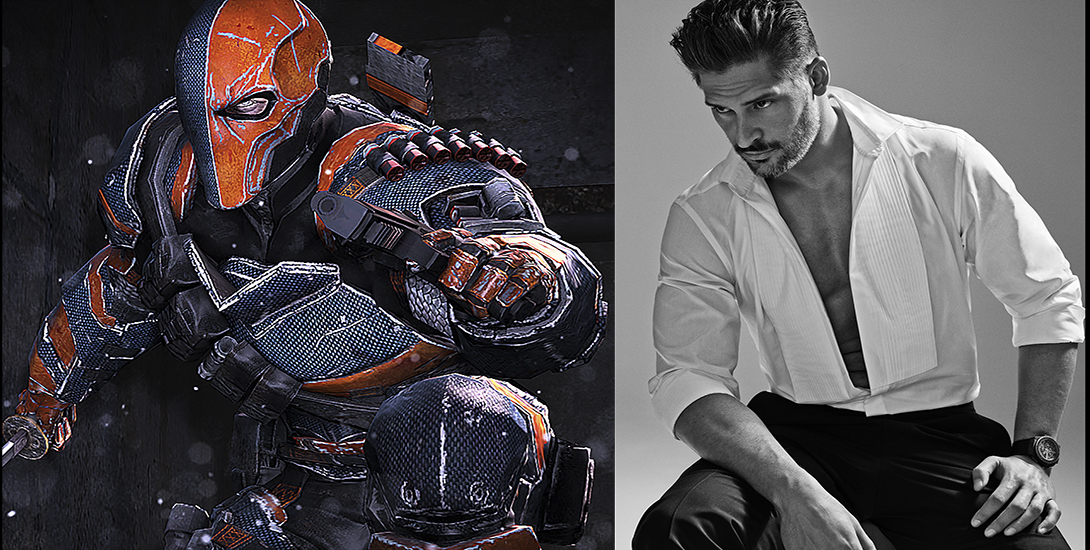 Joe Manganiello has enrolled in the school of Batman, and Slade Wilson is his teacher.

By now, you surely know the actor has been announced to portray the character, a.k.a. Deathstroke, in the upcoming Ben Affleck Batman movie (and if you didn’t know that, where have you been?). Tuesday, Manganiello let everyone know how he is preparing for the role….studying.

Interesting set of items. What caught my eyes were the Batman: Earth One books. The stories are written by Geoff Johns, the DC Entertainment CCO, who is also working with Affleck on the story for the upcoming solo adventure. Does the book serve as an inspiration for the movie? I’ve read it, multiple times, and there isn’t a mention of Deathstroke. However, maybe it serves as a Batman-influence story for Affleck.

Either way, Batfans should be excited. It seems like the character is in good hands.