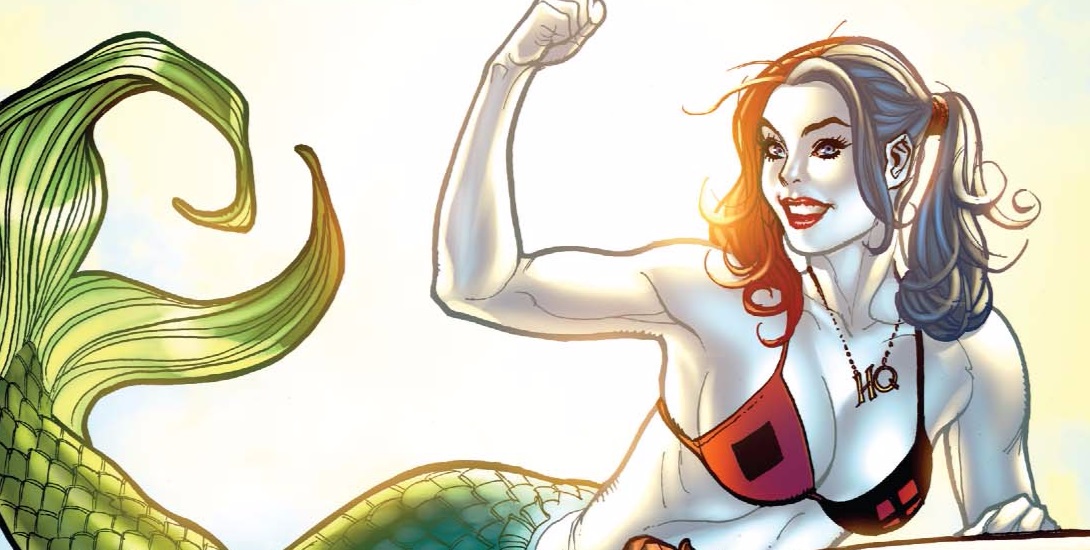 Some might argue we’ve had Harley Quinn overload this month. To them, I’ll simply say, “Bosh! Flimshaw!” As long as the comic books that complement the pop culture onslaught are good, I see no reason why there can’t be multiple ongoings or mini-series. I wouldn’t doubt if another mini featuring the reformed Clown Princess of Crime is in planning stages, but for now, enjoy Gang of Harleys because I know I am.

Three artists shared the spotlight for this issue: Mauricet, who brings the same level of attention to detail as in the previous four issues; Inaki Miranda, who seemed like a natural choice to help make the deadline after already having worked with Frank Tieri on Catwoman; and Dawn McTeigue, who astonishes in her surprise DC debut and deserves a crack at the flagship Harley Quinn title. Speaking quite honestly, McTeigue’s Harley rivals that of even Amanda Conner and Chad Hardin’s work. And thanks to colors being provided by Hi-Fi for the entirety of this chapter, the transitions between artists are incredibly smooth.

Expect to get the biggest payoff yet as Frank Tieri and Jimmy Palmiotti give us a detailed look at Harley Sinn’s background as never before. In short, a less than desirable family life and a rough time at school contributed to her horrifically violent behavior. I trust readers will make several nature vs. nurture arguments when discussing this issue. A perfect storm of misfortune not only allowed her to continue her behavior – destructive to both herself and others – but made things much worse. Her obsession with Harley is also explored in detail, cleverly aligning this title with the flagship one.

Told in past and present, I found the structure of this issue to be somewhat reminiscent to that of The Killing Joke. As for what happens in the here and now, the Gang spend a good deal of time doing battle with robotic doppelgangers of Harley’s closest allies. I guess it’s important to see them use their noodles so it looks like they have grown under Harley’s tutelage and can function by themselves.

As usual, the book is more so about the Gang than Harley herself, but you won’t even notice that she doesn’t show up until around the halfway point because the narrative is so enthralling. This is the best issue since the first and I hope nobody passes it up. 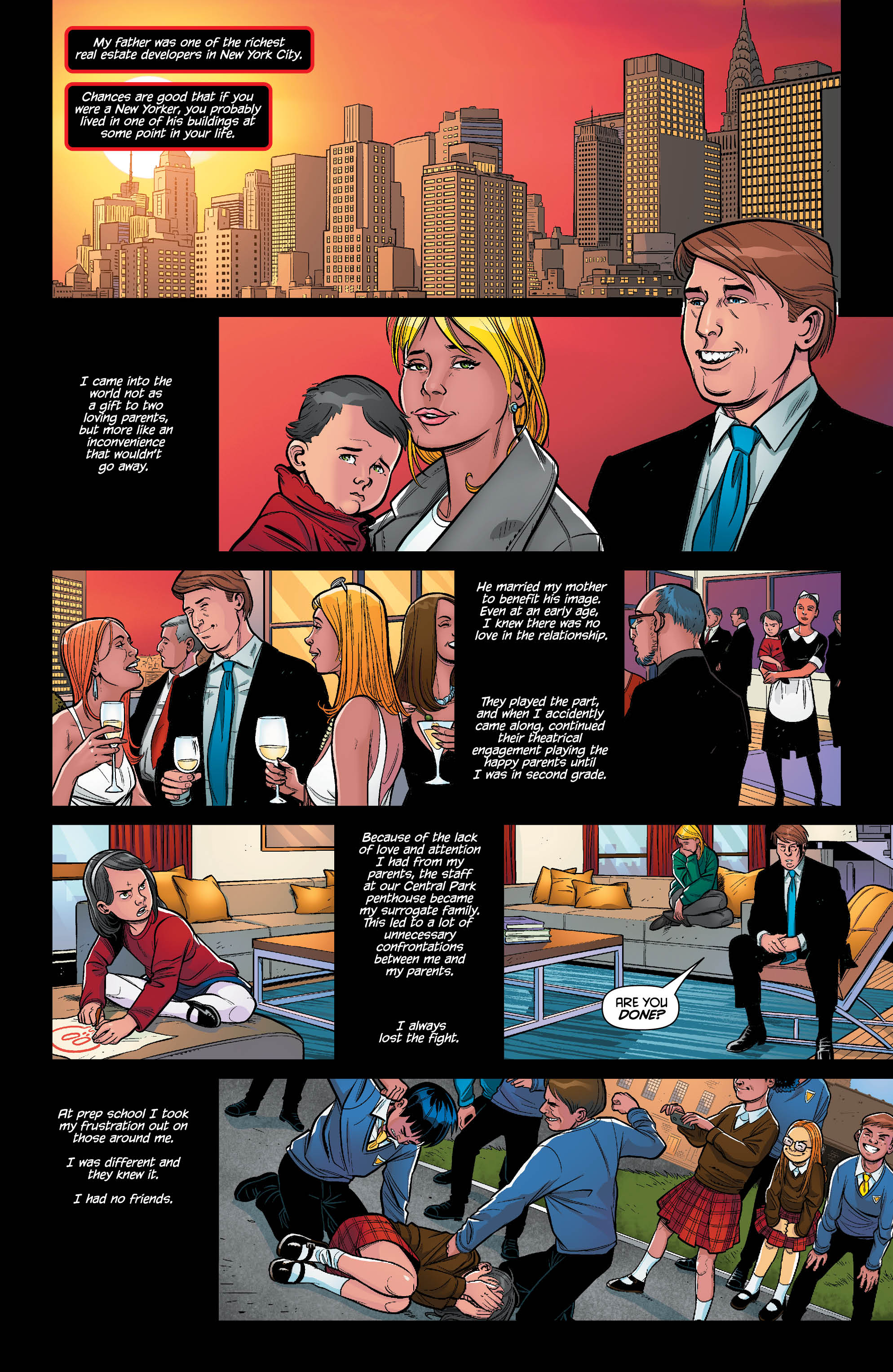 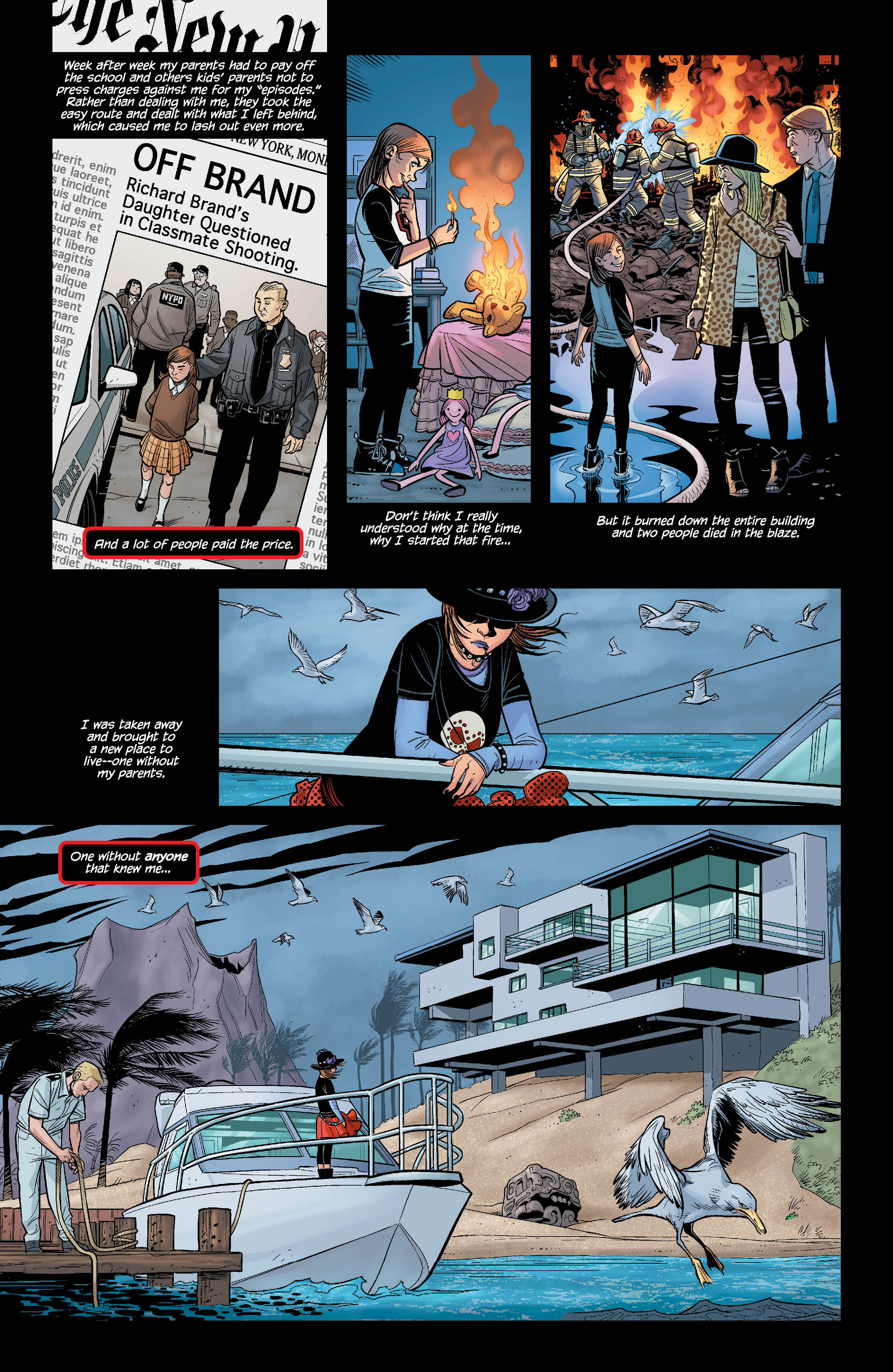 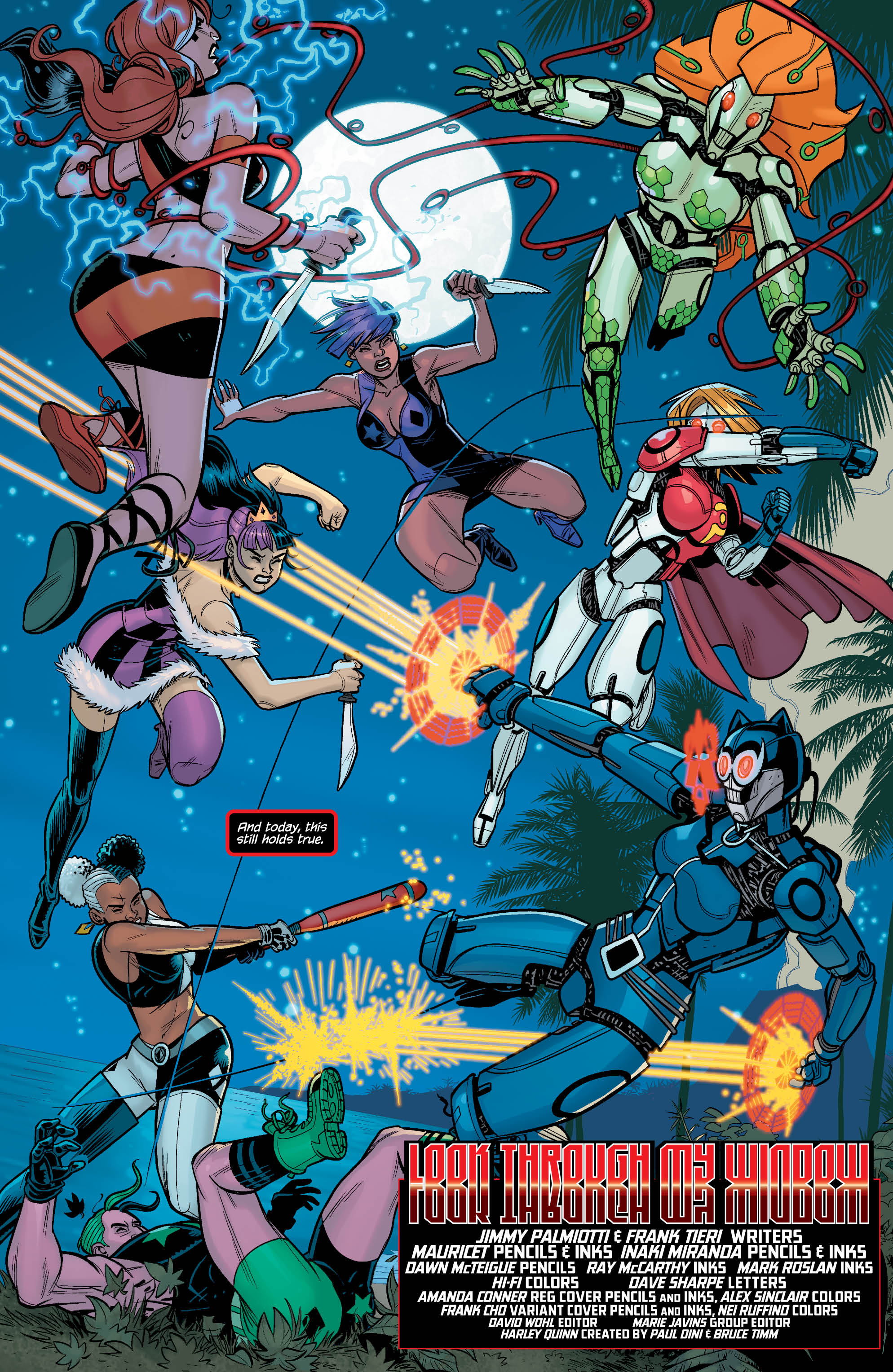 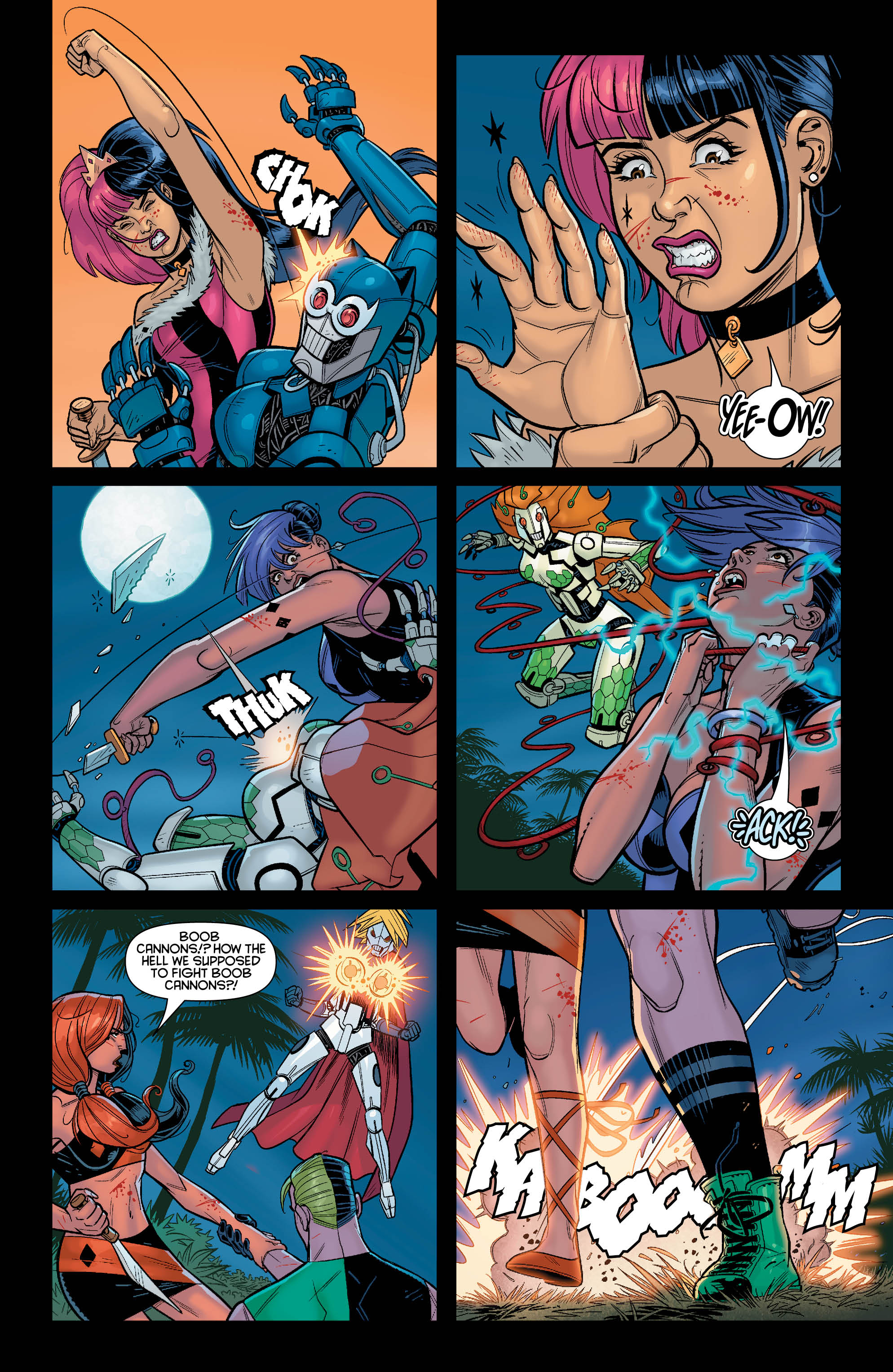 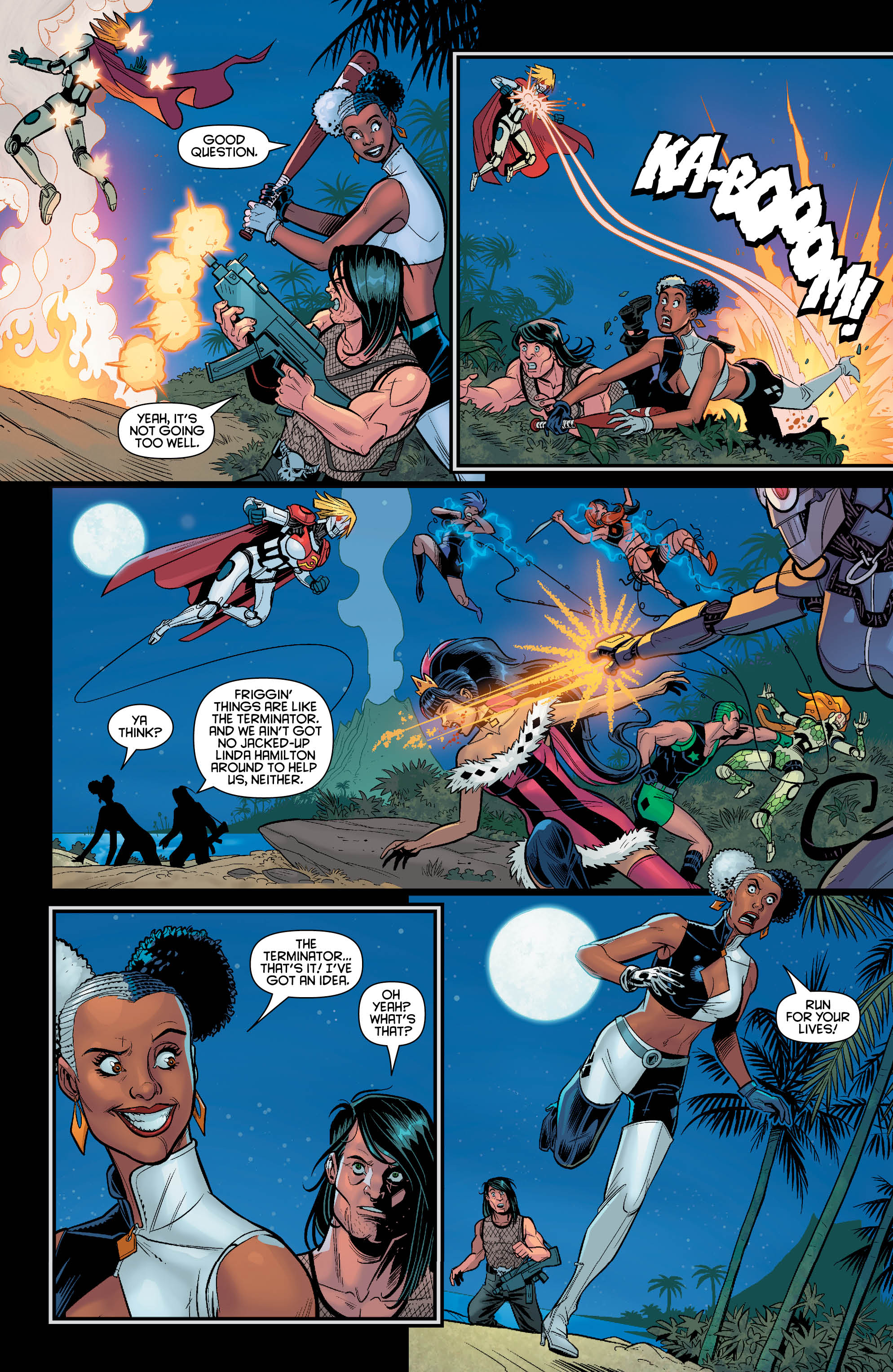 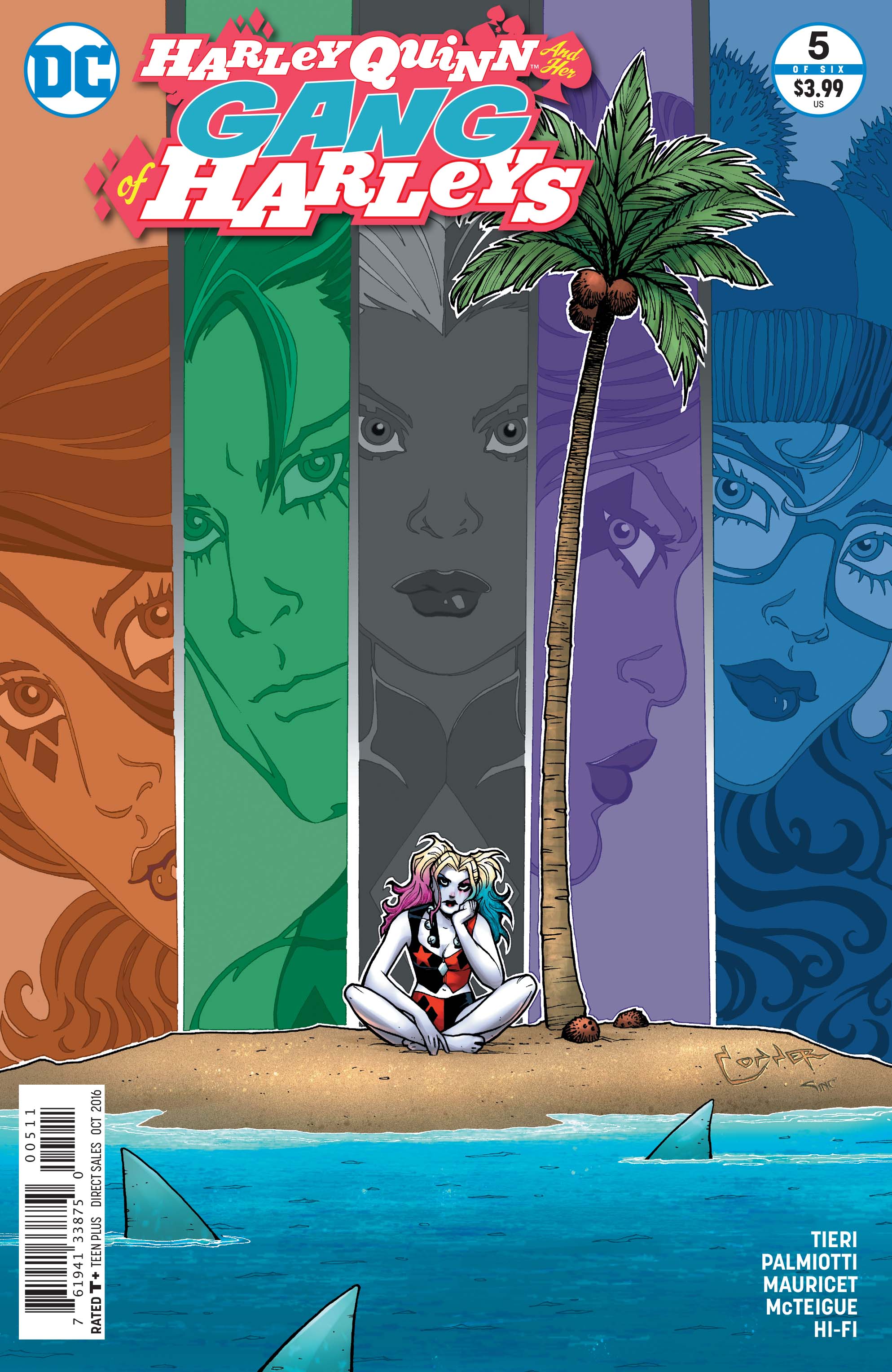 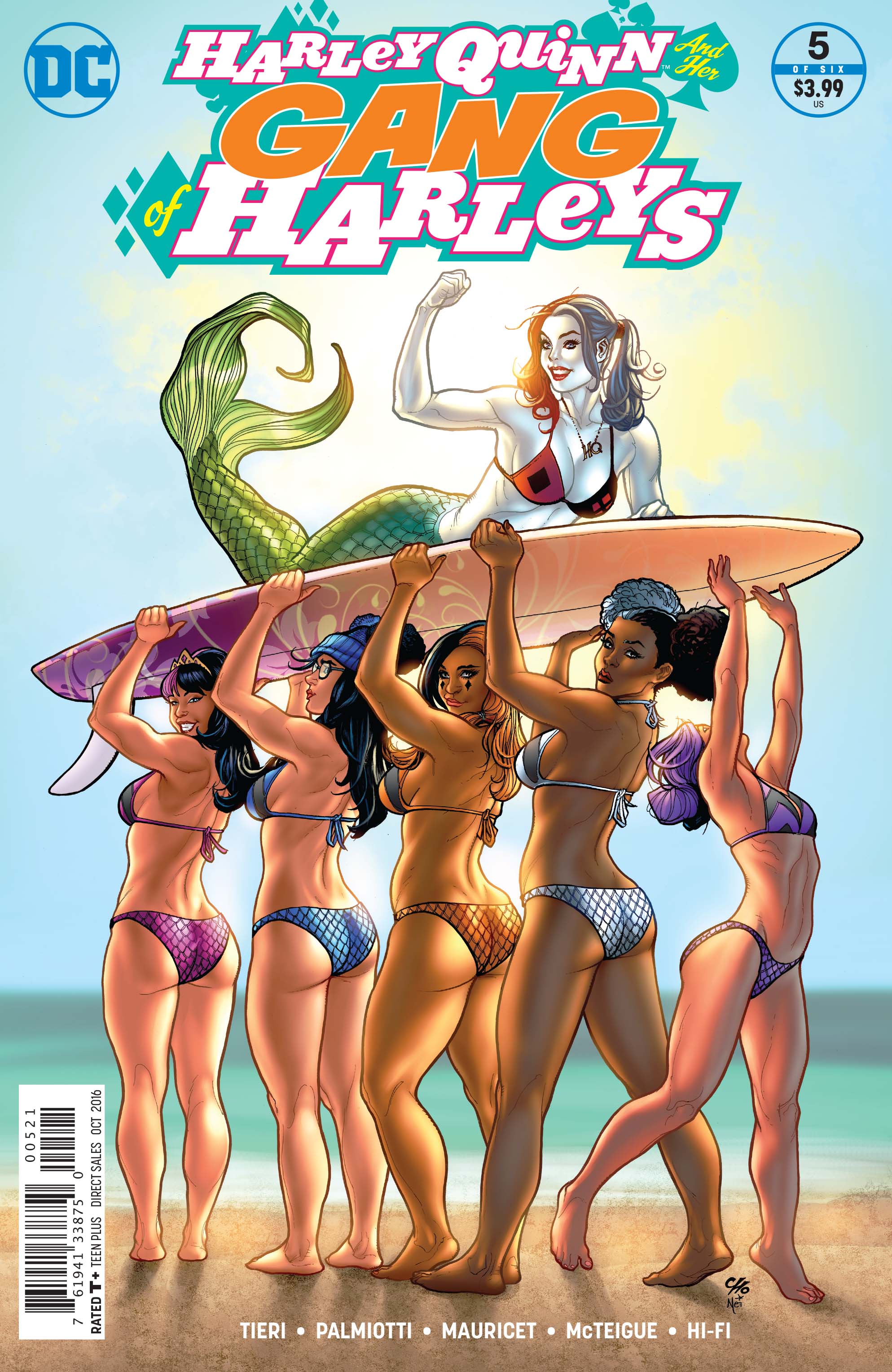 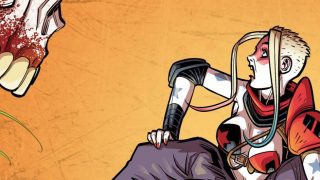 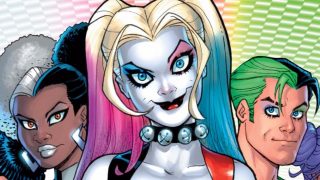