New Trailer For ‘Batman: Return of the Caped Crusaders’ Released

Hot off the heels of last week’s big announcement, IGN has given us an actual trailer for the upcoming Batman: Return of the Caped Crusaders.

How sweet is that? Staying in the style of the original series, I’m happy to see we’ll be getting the “POW” and “WHAM” the show is known for. As a bonus, it looks like we’ll also be getting some action from the Batmobile that we’ve never seen before (thanks to animation).

“It’s back to the 1960s as Batman and Robin spring into action when Gotham City is threatened by a quartet of Batman’s most fiendish foes – Penguin, The Joker, Riddler and Catwoman. This time, the four Super-Villains have combined their wicked talents to hatch a plot so nefarious that the Dynamic Duo will need to go to outer space (and back) to foil their arch enemies and restore order in Gotham City. It’s a truly fantastic adventure that will pit good against evil, good against good, evil against evil … and feature two words that exponentially raise the stakes for both sides: Replicator Ray. Holy Multiplication Tables!”

Adam West, Burt Ward and Julie Newmar are voicing the characters they formidably played 50 years ago. While we see those vile villains Joker, Riddler and Penguin in the trailer, there’s no word yet on who they’re being voiced by.

Batman: Return of the Caped Crusaders will be available in Digital HD on October 11, and on Blu-Ray and DVD on November 1. 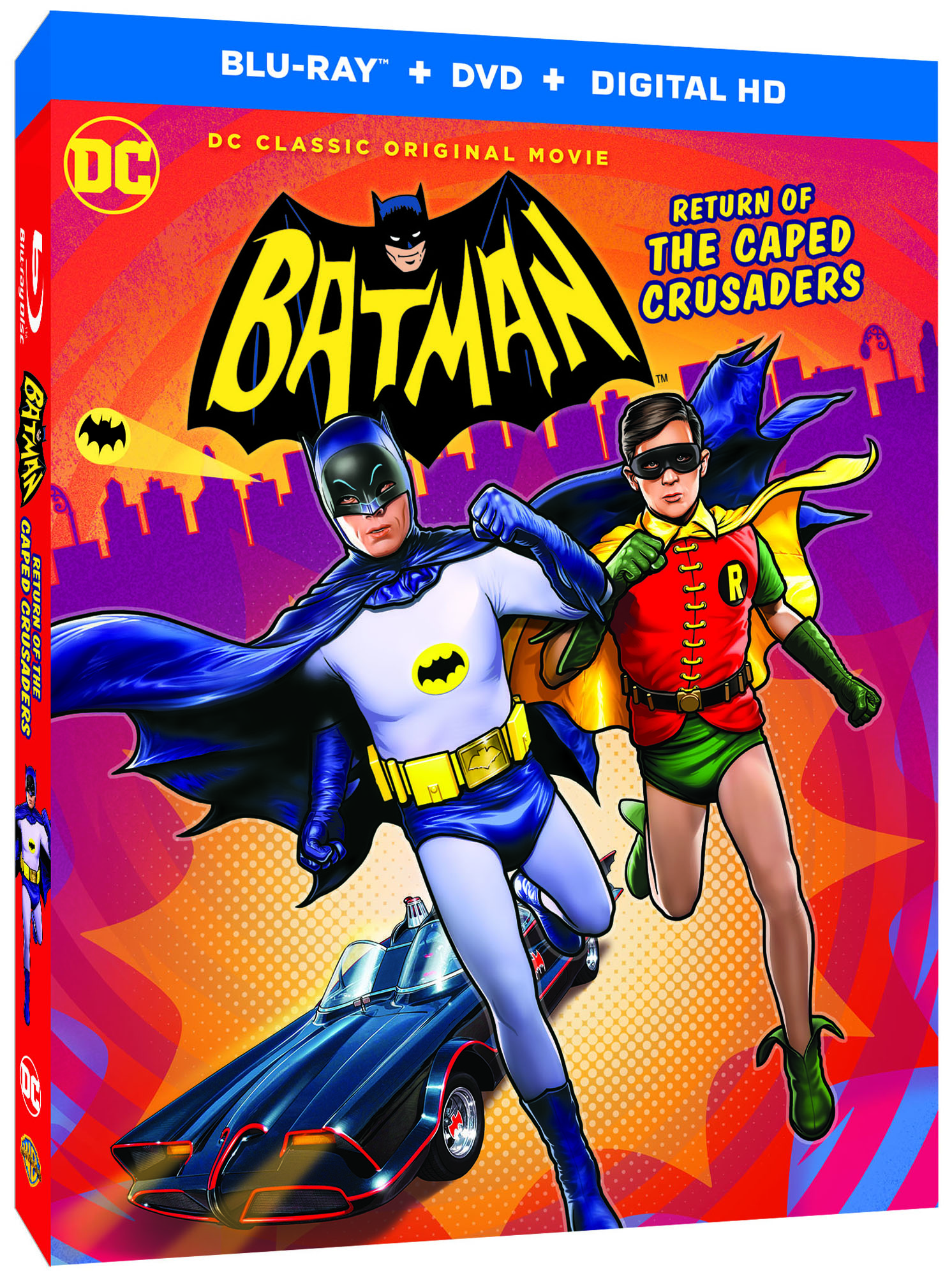