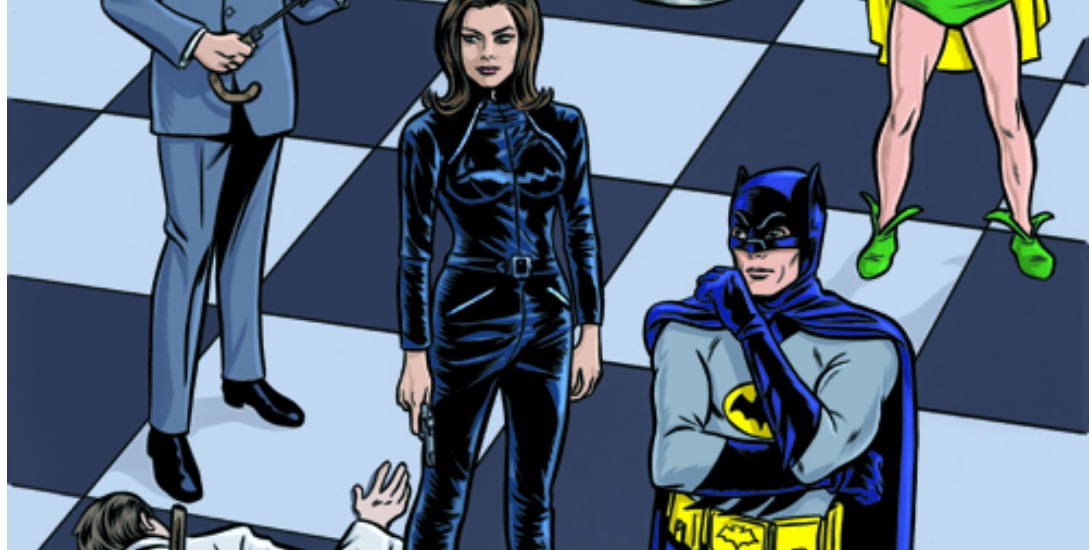 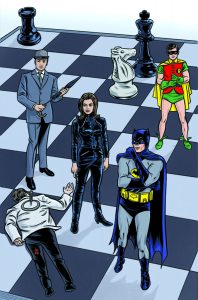 Following in the footsteps of recent crossovers with Green Hornet and The Man From U.N.C.L.E., the latest iconic franchise to collide with Batman ’66 is that of The Avengers. Well, they’ve avoided calling it that as to avoid confusion with the Marvel Comics property, hence the “Steed and Mrs. Peel” in the title. Surprisingly, the two go together rather well.

Thanks to writer Ian Edginton, who has a firm understanding of these characters, you will have no trouble hearing the voices of Adam West and others during your reading experience. It certainly helps that Matthew Dow Smith’s artwork toes the line between cartoonish and photorealistic; it almost looks like a hybrid of what you would expect from Mike Allred (who actually supplied cover art) and Cat Staggs. Every character looks strikingly like their onscreen counterpart.

An international plot to pilfer jewels is what brings the criminals together in what can be described as much more than a simple team-up of villains from two franchises crossing over; United Underworld this is not. It’s almost as if they applied modern sensibility to these classics without disregarding what made them special. Perhaps we will get to see more of that grey area Julie Newmar’s Catwoman would sometimes tread – and that’s all I will say concerning that.

I think fans of both TV shows will be satisfied with this book, but those who know only Batman will still find it to be a friendly read. Speaking as someone who is largely unfamiliar with The Avengers, I say that with confidence. We aren’t treated to the usual deathtrap cliffhanger, but the creative team cooked up something that fits the narrative and will likely cause many a reader to come back for seconds.