Review Roundup: Superman: The Coming of the Supermen #6, Batman Beyond #14 & More 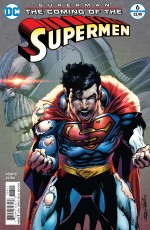 Superman: The Coming of the Supermen #6

The conclusion to The Coming of the Supermen contains revelations aplenty, several of which you will in no way see coming. All plot threads are surprisingly wrapped up, although not as neatly as one would hope. Anyone who followed this mini-series from start to finish knows that Neal Adams juggled a lot. At least the battle scenes looked epic as one would expect.

Dialogue has been an off and on problem for this title and this issue is unfortunately no different. Lex Luthor is written a bit oddly and Darkseid was reduced to a laughing stock at points. Despite all that, I probably would read a followup as Adams’ conclusion was a bit open-ended. 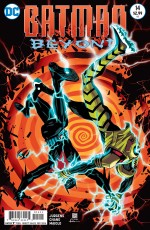 As Tim Drake and Matt McGinnis bond, we are treated to a flashback detailing how Matt learned Terry was Batman. Surprises involving Rewire along with villains from the TV series make for a fun read and a real reward for any Batman Beyond fan. It’s also not hard to fall in love with Bernard Chang’s artwork. 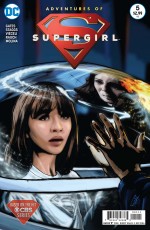 This issue is not to be missed. In it, we learn Facet’s background in depth and how she’s tied to Kara. I still find it odd that Facet could be kept separate from the TV series if she’s that important, but I guess I tried not to dwell on that notion too much because all of Sterling Gates’ puzzle pieces are perfectly fitting into place. This was one riveting read to say the least.

Oh yeah, Cat Staggs supplies half of the interior art in addition to the cover! I just had to get that off my chest.

Injustice Gods Among Us: Year Five #13

The emotional fallout from Alfred’s murder is explored in this issue, leading to a fight between Batman and Nightwing/Damian Wayne. But the real highlight may be Mike S. Miller’s well choreographed fight between Superman and Batman after the latter pops the green pill. Not only that, we learn just how far Damian is willing to go in a powerful read rife with moral conundrums. 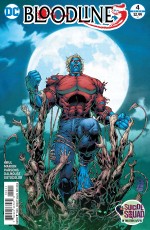 As the youngsters find out they are essentially ticking time bombs, they get to cut loose their powers against an uncontrollable monstrosity. The action outweighs the storytelling a bit, but at least the plot is moved forward generously. I’m also interested in seeing what the cliffhanger will yield.

adventures of supergirlBatman Beyondbloodlinesinjustice: gods among us - year fivesuperman: the coming of the supermen
Share
0
FacebookTwitterPinterestEmail