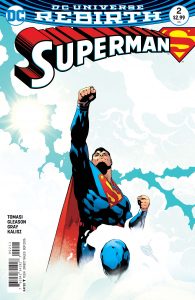 In the film Man of Steel, Superman was heard to say the “S” on his chest stands for “hope.” Well, from the moment you lay your eyes on the cover art and opening pages of Superman #2, you will likely be instilled with a great sense of hope. Yes, Peter J. Tomasi does a commendable job writing this issue, but I have to hand it to Patrick Gleason for capturing the essence of what we collectively think to be Superman in each of those panels: he’s majestic, heroic, and the Man of Tomorrow generations of fans have aspired to be.

Furthermore, Superman proves to be a great father, as if there were any doubt he could be. From his words of encouragement to his putting his hands on his son’s shoulders for assurance, I really felt like I was seeing shades of John Schneider’s Jonathan Kent on Smallville. The fact that his son is rightfully named Jon brings things full circle.

Perhaps hanging out with Batman (the one from his Earth, at least) made Superman comfortable with the notion of taking kids out into the battlefield. Jon gets some hands on experience, although he is still a bit vulnerable. Remember that he is only half Kryptonian; maybe he will one day be as strong as his dad, maybe he won’t. But Supes realizes that Jon may one day have to take up his mantle, so all of this is completely necessary.

You may have heard about the matter of them doing battle with a giant squid, which is causing people to make Watchmen connections. It’s entirely possible given the involvement of the mysterious Mr. Oz, whom I agree could very well turn out to be Ozymandias. Still, I think people may be reaching.

This book is really hitting its stride and could just as easily be called “Superman and Superboy.” I guess this creative team’s long run on Batman and Robin paid off in a way they originally couldn’t have foreseen. Add to that the return of a character readers of Superman comics from the 1990’s will be most familiar with and you have a winning formula. 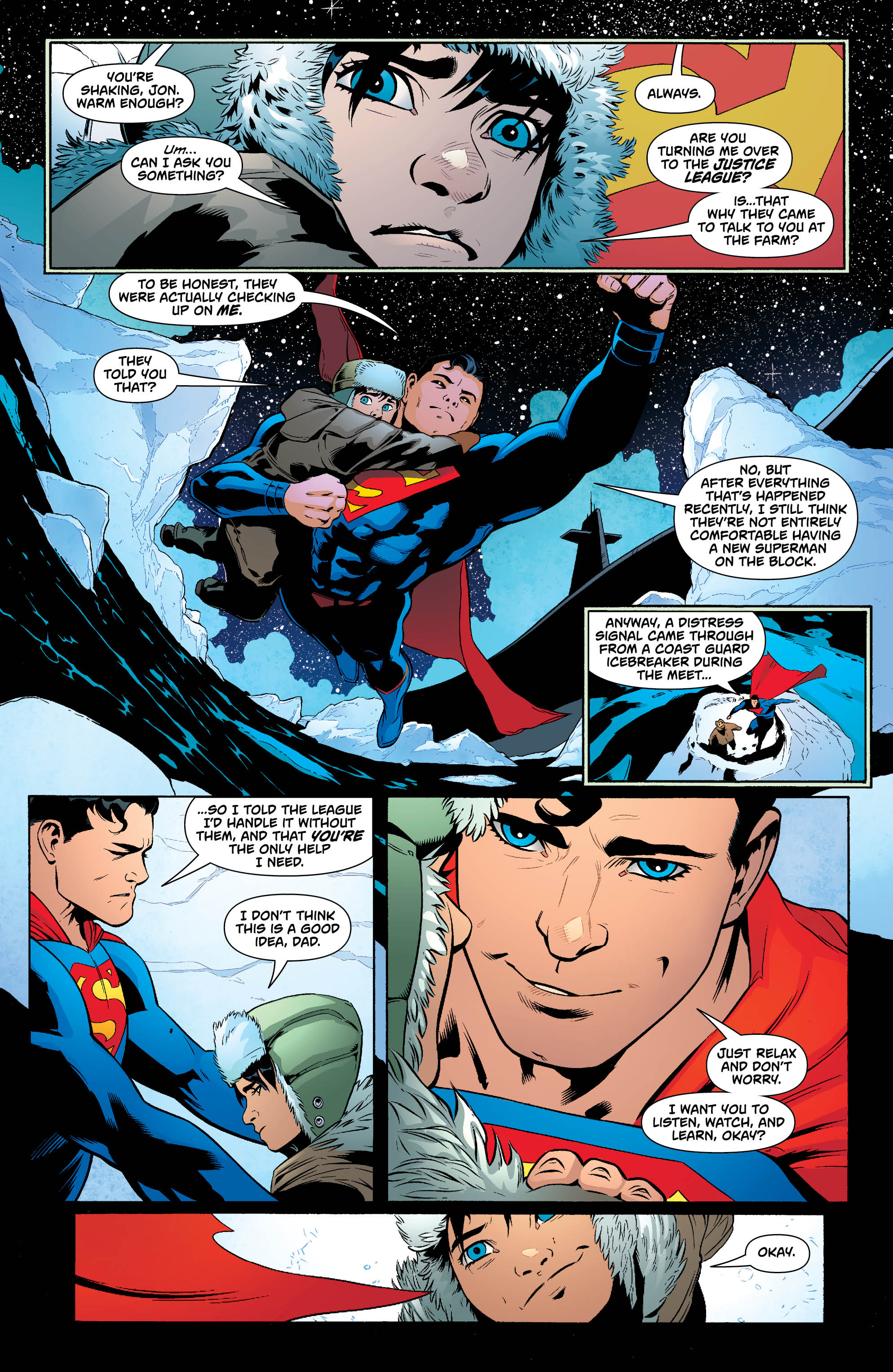 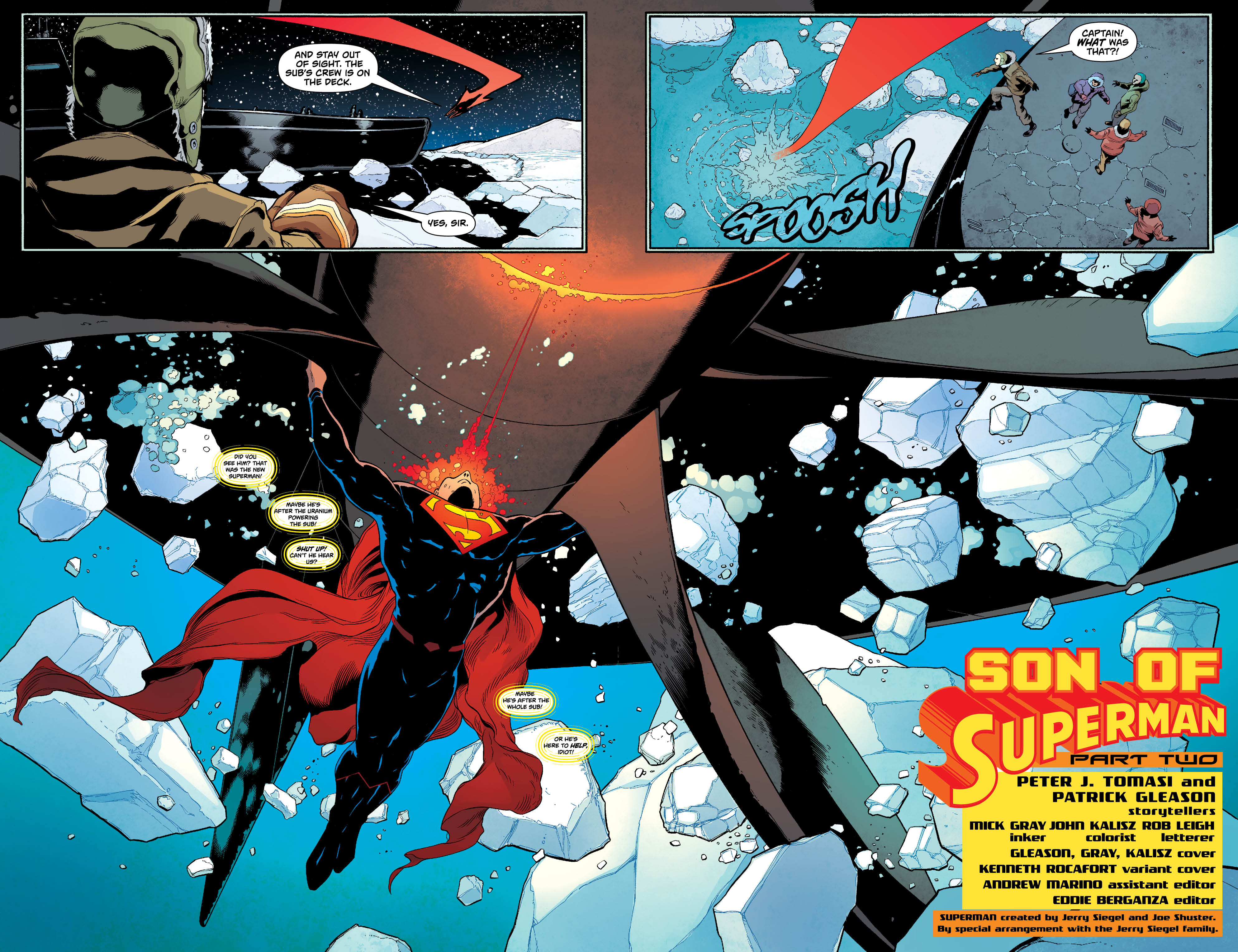 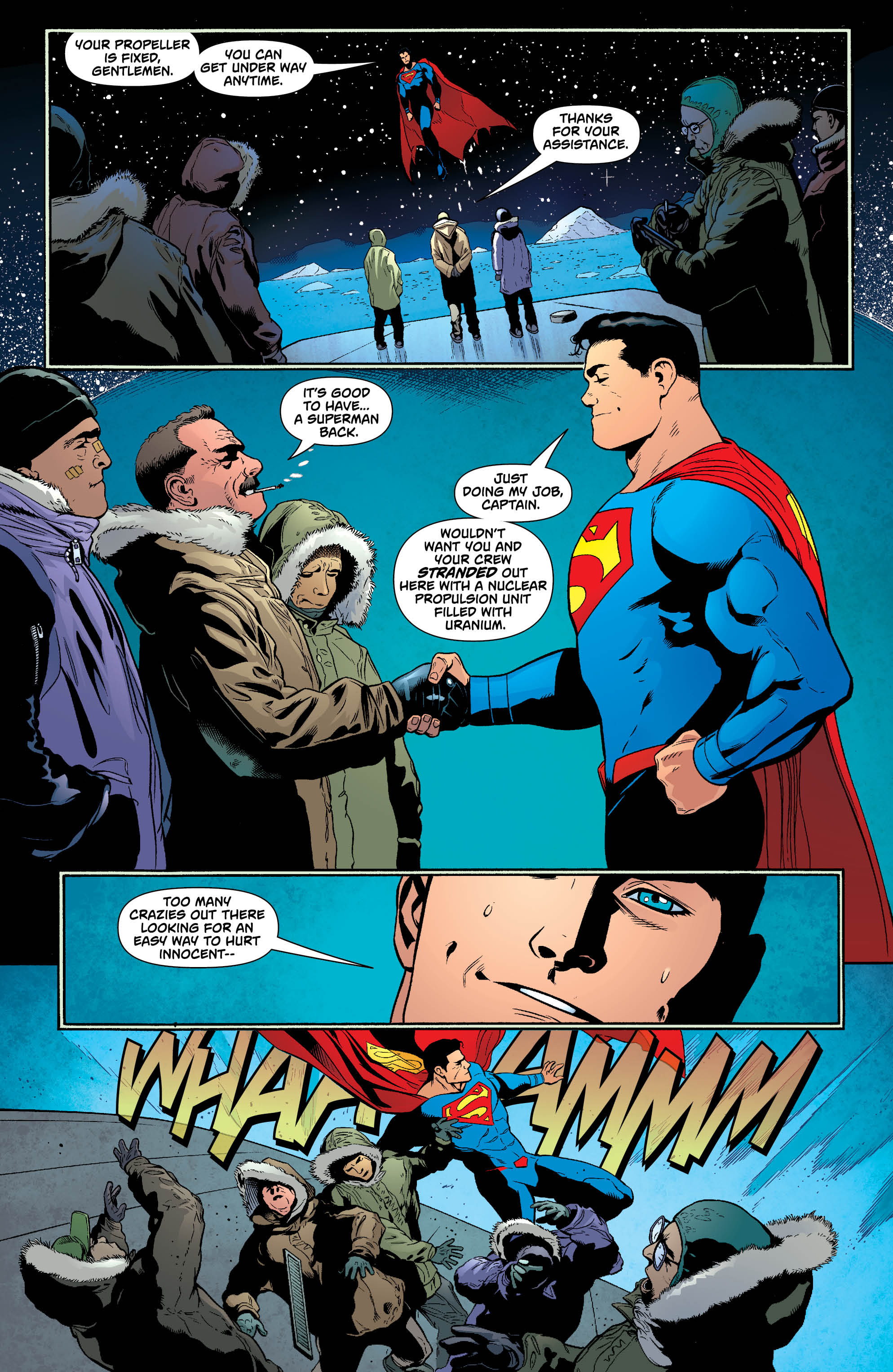 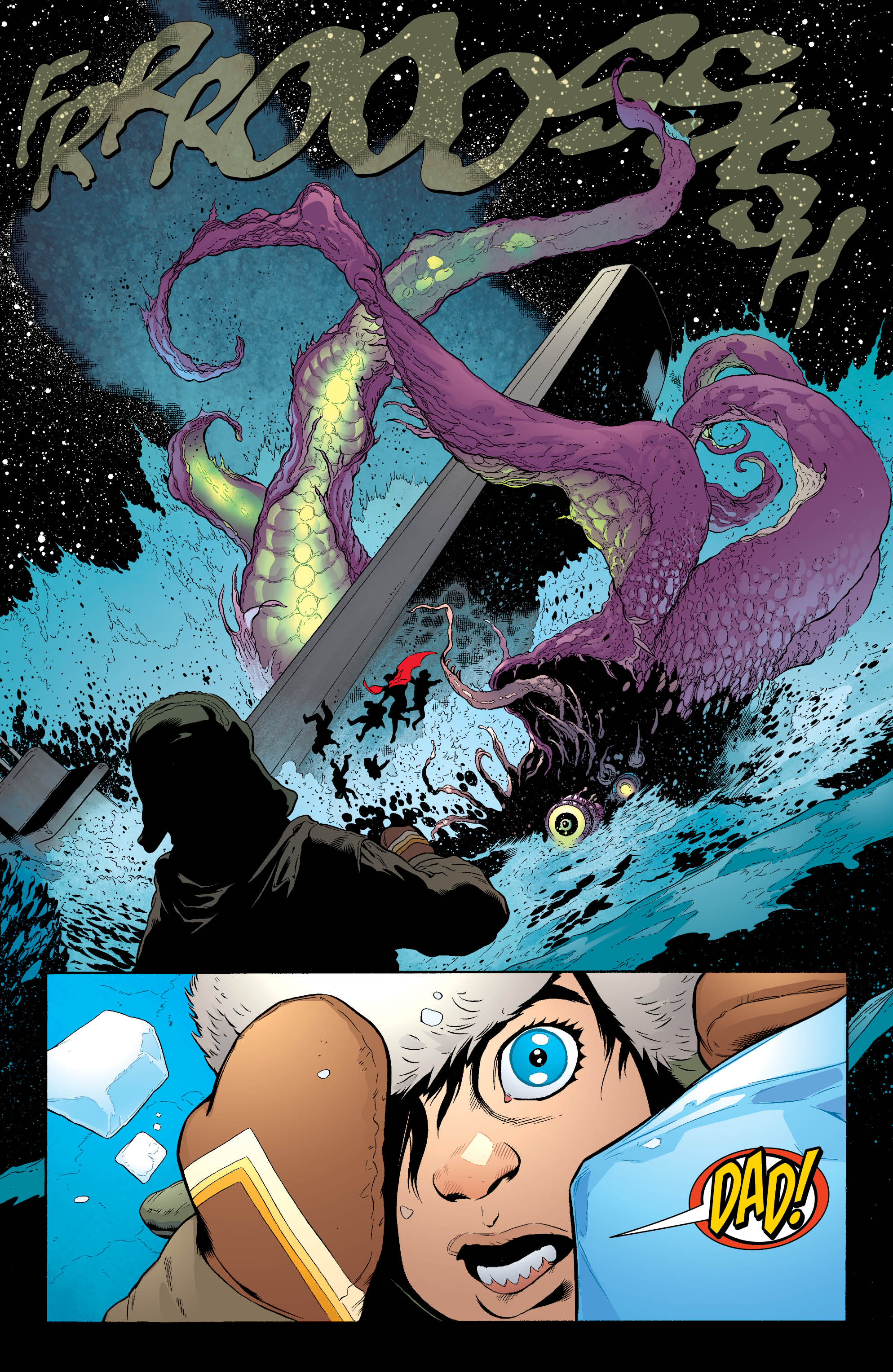