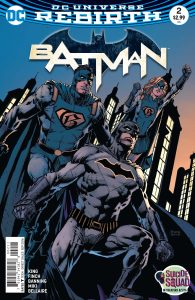 If you were impressed but not blown away by Batman #1 just as I was, yet saw great potential it, know that you will already be rewarded for sticking around. As Jim Ross would say, “Business has just picked up.”

From the start, it’s been apparent that writer Tom King aims to put Batman’s physical limitations under the microscope. Gotham and Gotham Girl, the new superpowered heroes in town, serve as a juxtaposition to our Dark Knight, but that doesn’t exactly mean he’s a slouch in any sense.

Sure, Batman won’t punch a meteor out of the sky and he knows it, but he seems to be more physically capable than usual, thanks to the events toward the end of Scott Snyder and Greg Capullo’s now legendary run. You will see what I mean firsthand when he flat out manhandles Solomon Grundy, who gave the new kids on the block a run for their money just moments before. And when I say “Solomon Grundy,” I mean classic Solomon Grundy, not his fetish gear counterpart seen in Earth 2 comics.

As I intimated, King gives a rather introspective look at Bruce Wayne/Batman: he’s brooding, contemplative, and fully aware of his mortality. I promise that it does not come off as “mopey” in any way and adds another layer to what is sure to be a multidimensional story arc. Furthermore, the author really does have a firm grip on the supporting cast, namely Alfred and Gordon.

David Finch’s fierce, detailed artwork continues to fit the series like a three-finned glove. It’s not just his work on the characters, but on the city itself. I’ve always liked when stories make me feel like I’m immersed in the world that is Gotham and I thankfully get that here.

In addition to planting seeds for September’s crossover involving the Monster Men, we are given two final pages that I don’t quite know what to make of. It seems that some important puzzle pieces are right in front of us and now it’s just a matter of assembling them. Suffice it to say, this series really has me now. I knew this creative team could pull it off and now we have a truly great sibling rivalry with Detective Comics. 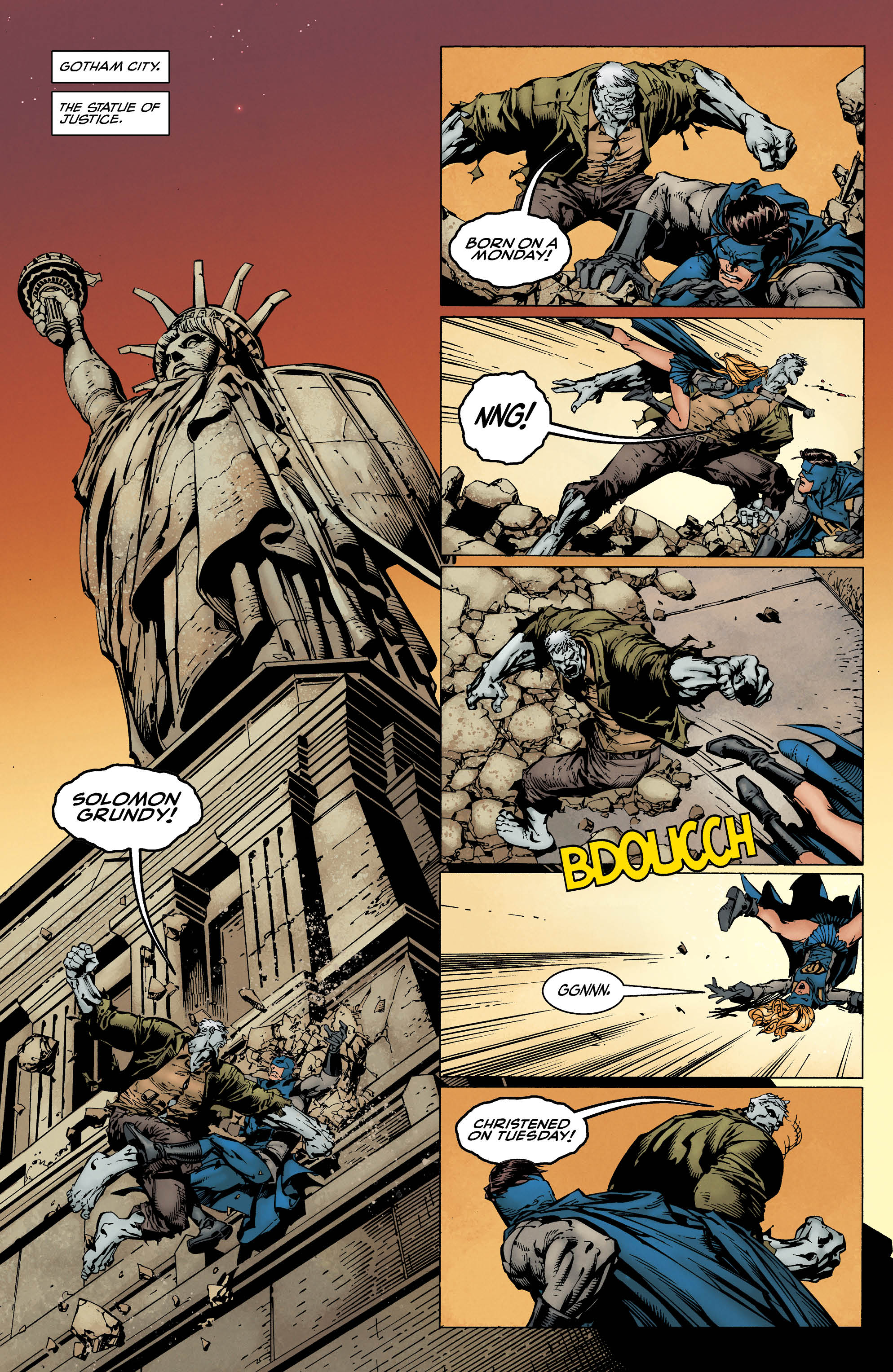 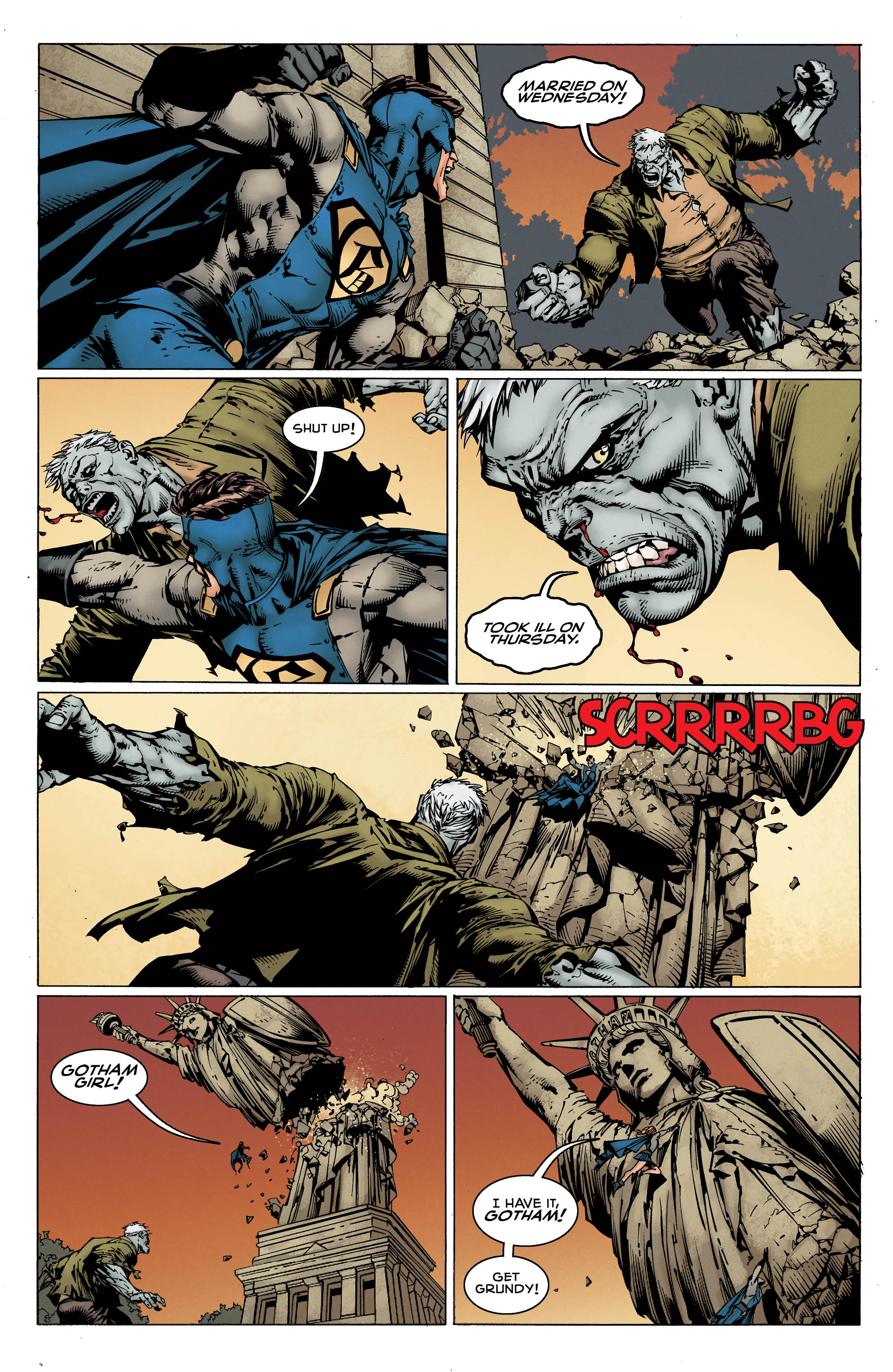 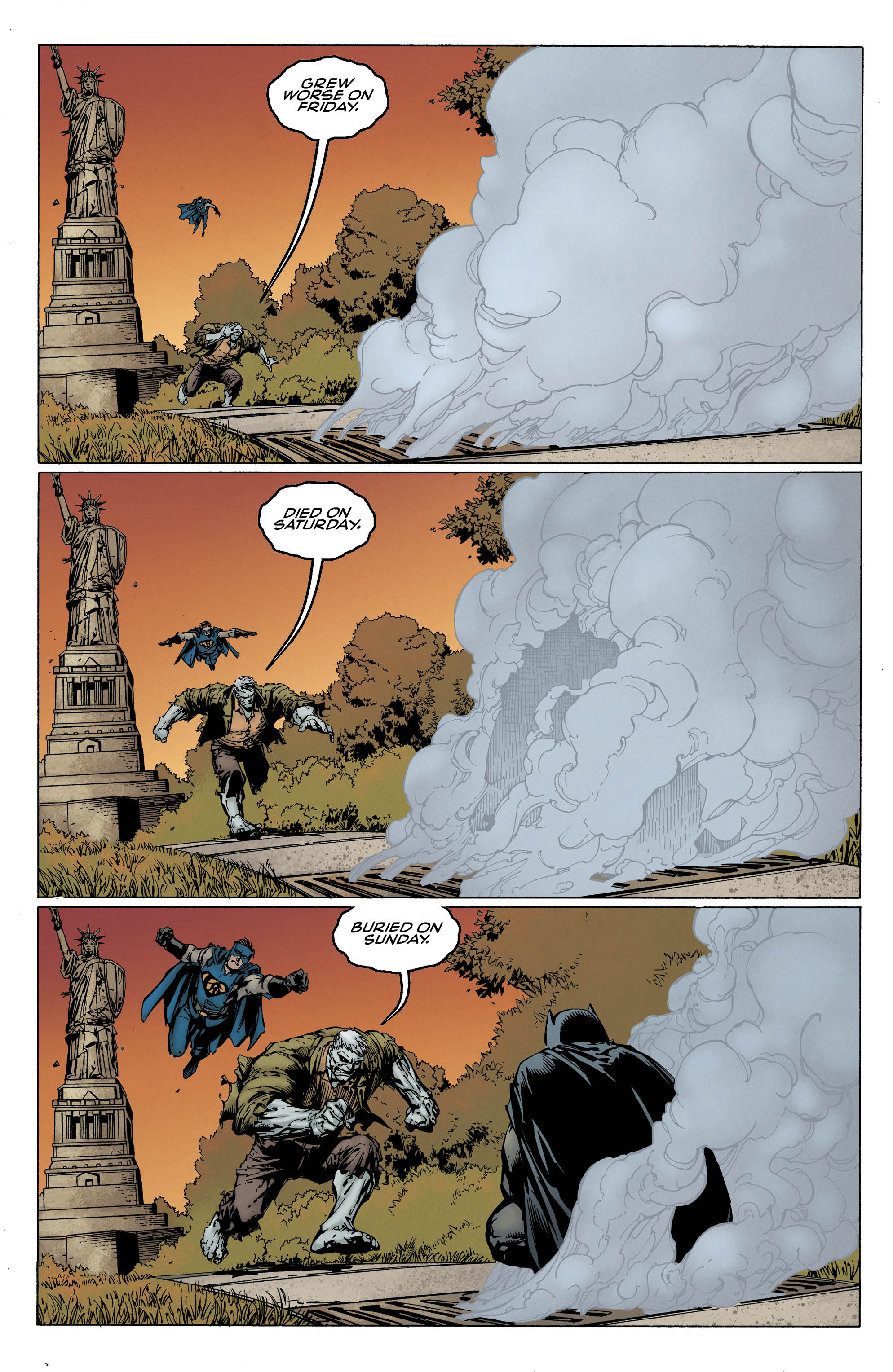 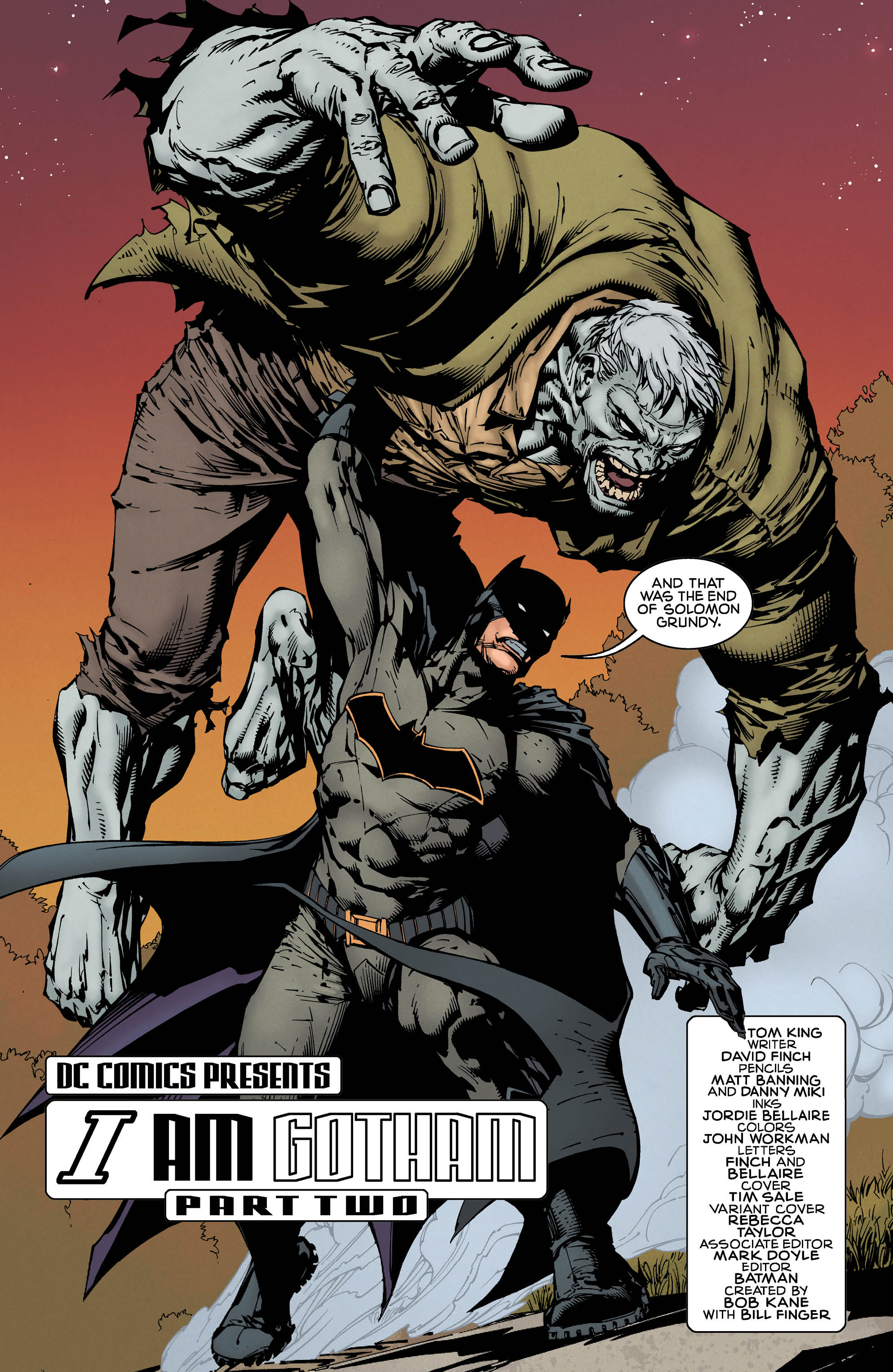 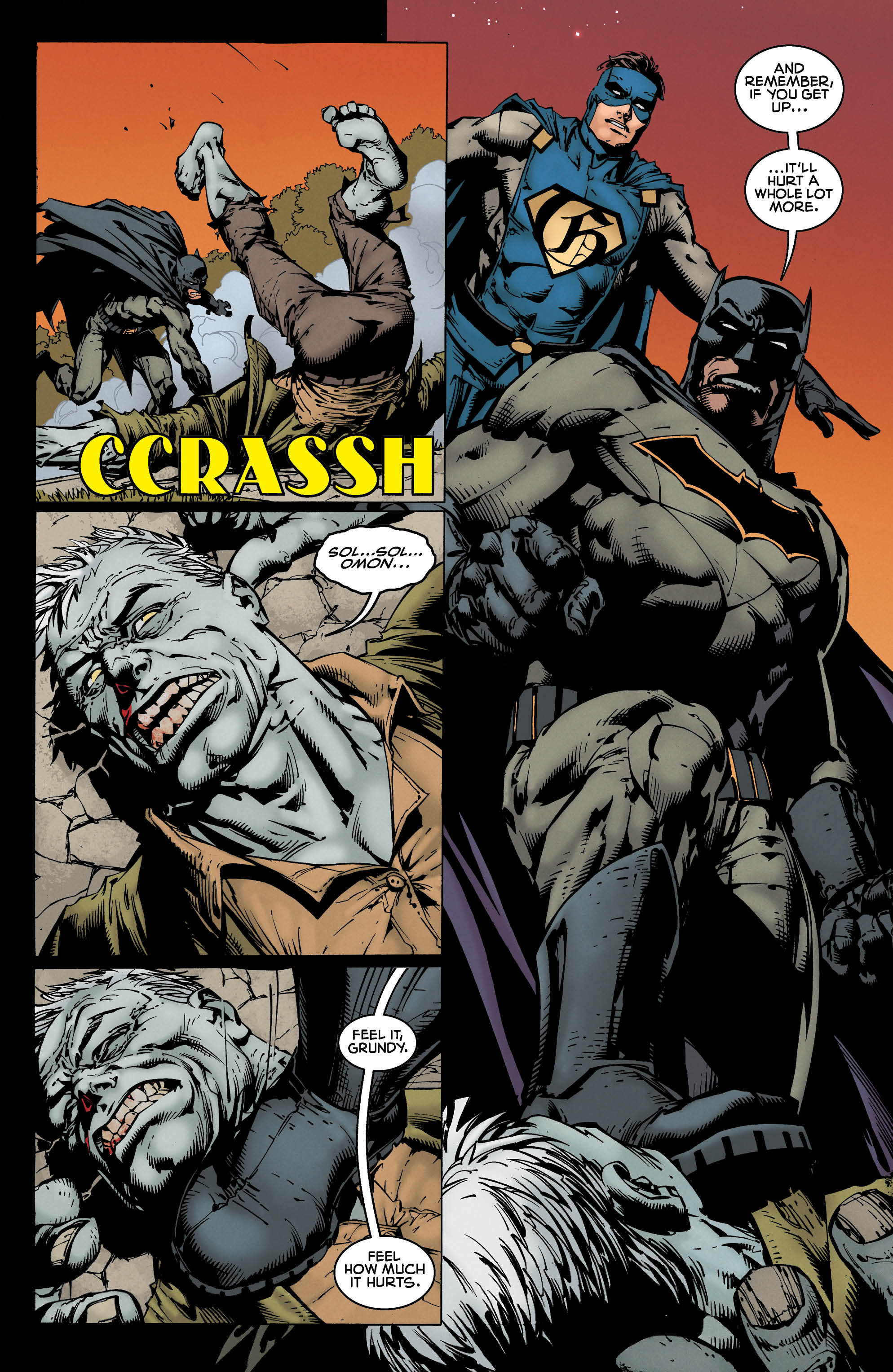 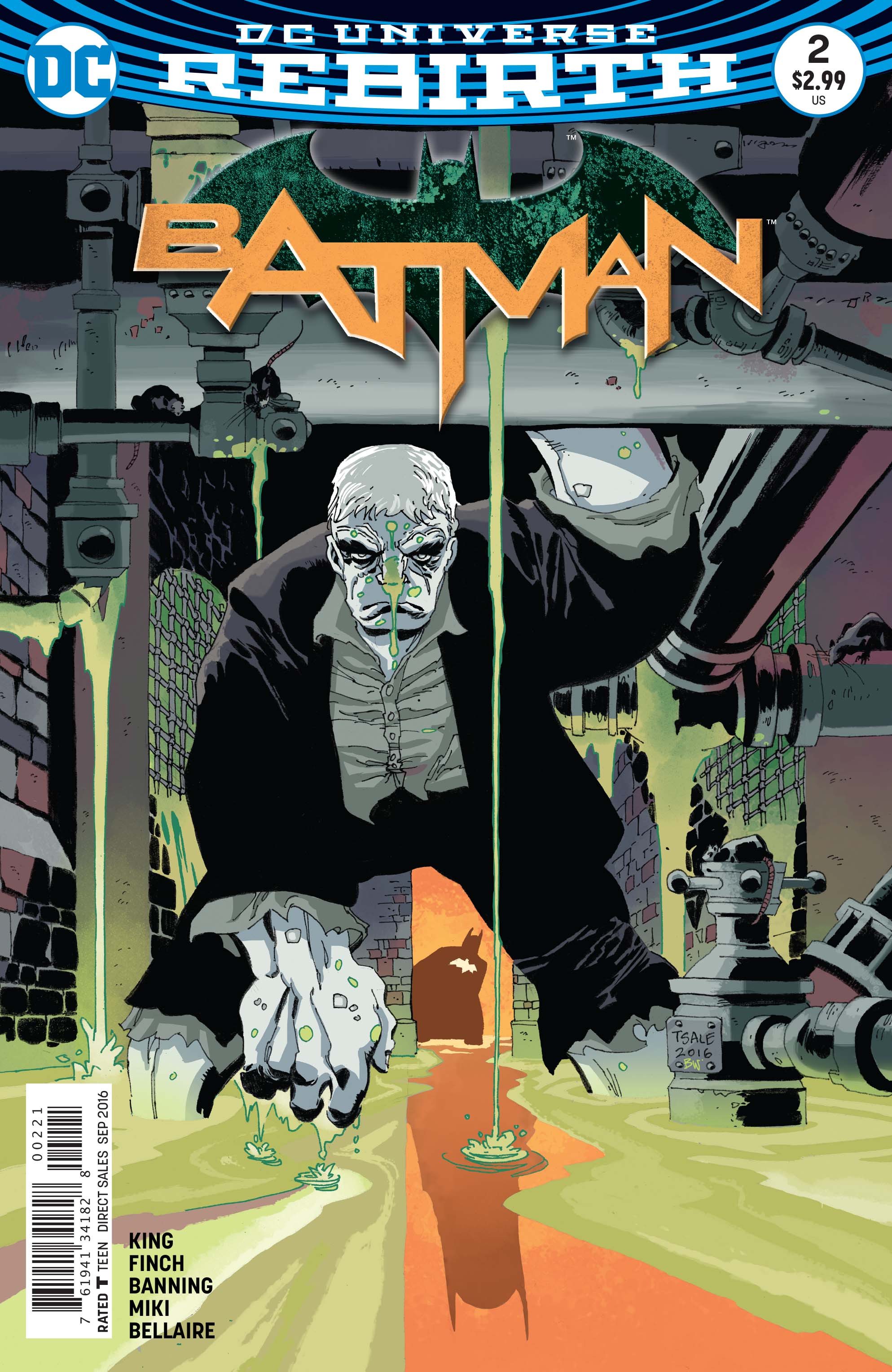