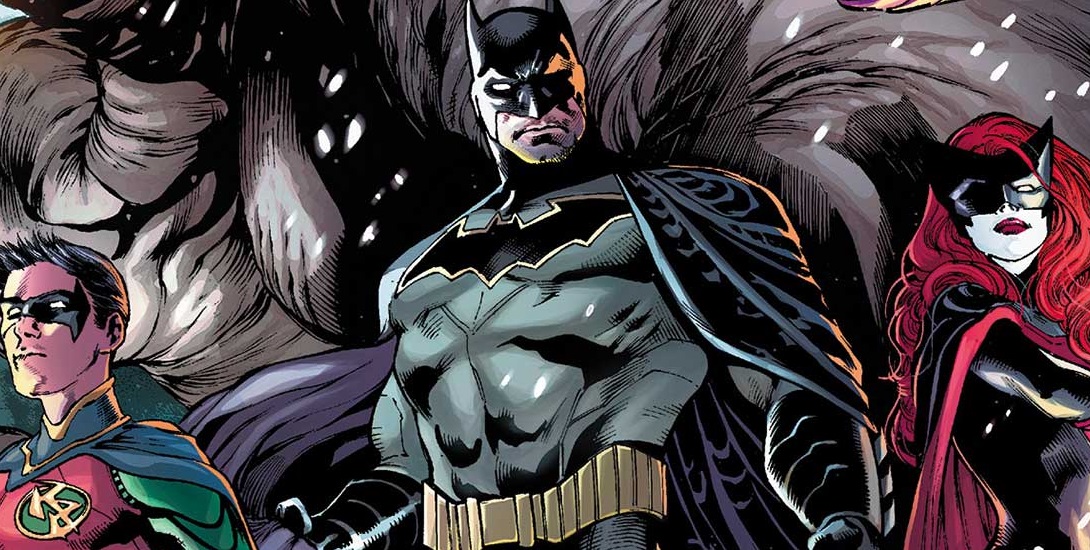 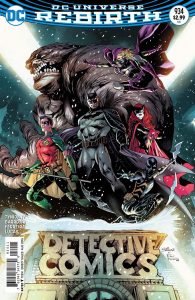 I must admit that it’s quite nice to see Detective Comics return to original numbering this month. Considering we technically missed out on the 900th issue, it will be cool to see it eventually hit the 1,000 mark. Despite the “934” on the cover, new readers need not feel intimidated because this could have easily been labeled “#1.” DC is embracing tradition here.

Gotham’s latest rising star, James Tynion IV, takes the reins of the publisher’s oldest title and delivers a tale that contains a great sense of mystery and lives up to the namesake of Detective Comics. It’s wonderfully dark and atmospheric, just the way I like my Batman stories.

On that note, none of this would be possible without the magnificent artwork of Eddy Barrows, whom many of you should know from Nightwing and other titles. This is the caliber you need when it comes to making a strong statement with a relaunch. His character renderings are fierce, yet human, and his Gotham City is an entity in its own right; its snowy rooftops and gargoyles make me want to go for another round of Arkham Origins.

Things gets started as a “Batman” assaults Azrael in a church before he is saved by the true Batman. The assailant makes themselves scarce in the nick of time before our Dark Knight can question Azrael. And, in case you’re wondering, this is the version of Jean-Paul Valley recently introduced in Batman and Robin Eternal.

Bruce finds an ally in Batwoman, who seems to be on a path of rediscovering herself. What will turn many heads is that he reveals his true identity to her – they are cousins, after all. According to him, he needs her help in training Gotham’s young heroes for something terrible yet to come.

The team they cull together includes: Tim Drake/Red Robin, who will act as a lieutenant of sorts and can be seen in more classic threads; Stephanie Brown/Spoiler, a determined young heroine that could stand to use a bit of refinement; Cassandra Cain/Orphan, a deadly would be assassin who has been set on the right path; and Basil Karlo/Clayface, a villain who has been given a second chance by the elder Bats. This should make for a rather multilayered read in the coming months.

Boasting a final page that will make you come back for more in two weeks, Detective Comics #934 lays the foundation for a great team-up book featuring a rather atypical Bat Family lineup. This looks to be just as good as what’s going on in the pages of Batman, yet clearly establishes its own identity.