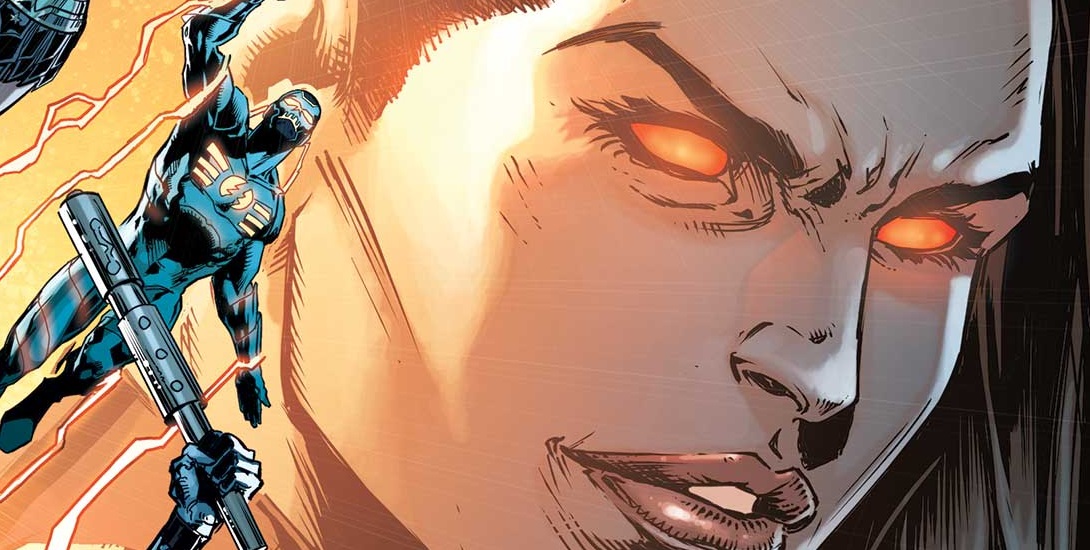 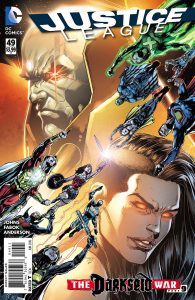 The latest issue of Justice League not only serves as Part 9 of “Darkseid War,” but also as the penultimate chapter of Geoff Johns’ five year run of handling DC’s premier superhero team. In that sense, the book does its job as it offers much for readers to process and teases what will no doubt be an explosive finale.

Lex Luthor, infused with Darkseid’s powers, takes to the battlefield against the Anti-Monitor. Said powers seriously exacerbate his already astronomical arrogance, which makes for a pleasure to read. Throughout it all, artist Jason Fabok never fails to show us how it’s done.

Johns continues to have the story seen through the eyes of Wonder Woman and, once again, it works like a charm. Her narration perfectly syncs up with whatever happens to be going on in that panel, making for a cohesive reading experience. This could just as easily have been a twenty-some page slugfest, but the epic battle is complemented by many characters who are balanced well and move the story along smoothly.

Two huge developments occur in this issue: Superwoman’s son is birthed and is apparently some kind of great weapon whose purpose is yet to be fully revealed. The other is another character, whose name I will not divulge, enters the fray and may just be the final threat of the story. I will, however, say that if you read the Darkseid War Special one-shot, you know exactly who Grail’s new puppet is. It should make for an interesting boss fight next month.

As I said earlier, Justice League #49 has the right balance of payoff and setup. I can’t even put into words how painful the wait is for next month’s conclusion. This creative knows how to deliver one cool superhero story.