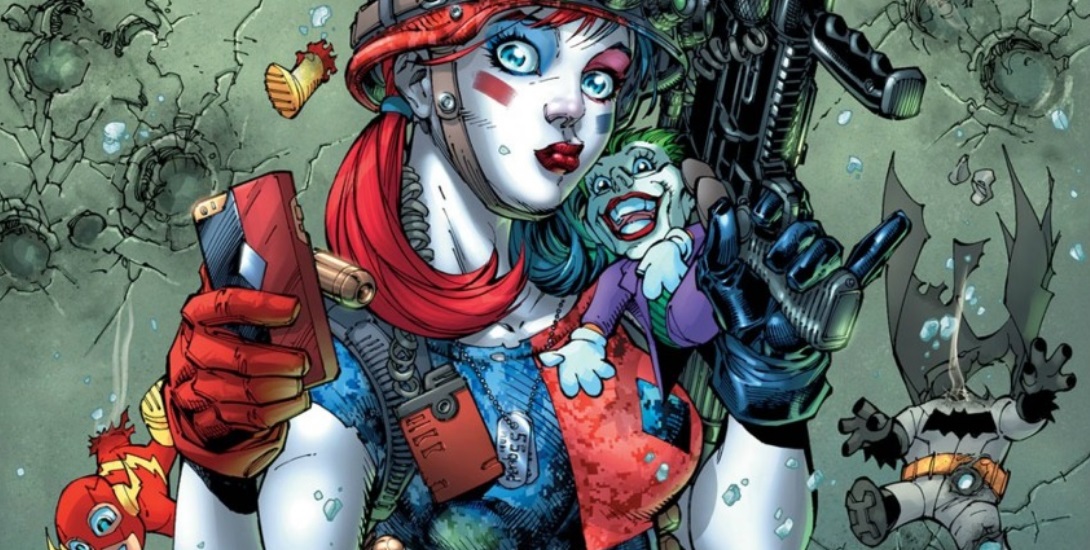 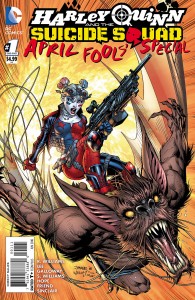 To those looking for something to read in anticipation of the Suicide Squad move and this summer’s Rebirth initiative, look no further. At first, I thought this would be a whimsical one-shot done in similar fashion to the many other Harley Quinn holiday themed books, but it actually serves as a prelude to the new Suicide Squad book that will launch this summer. So if you plan on reading that series, I highly recommend that you pick up this book.

It’s no accident that Harley got top billing, as she is the central focus of this story. Rob Williams writes the character extremely well, although it felt like there were some minor inconsistencies with her solo series, but things like that can be expected when a character appears in team-up titles. Fans of Amanda Conner and Jimmy Palmiotti’s work will still feel right at home.

The two artists who contributed to this book couldn’t have been more different, yet the end result is top notch. Two-thirds of the book are drawn by Jim Lee, who does what only Jim Lee can do. Other prominent DC characters make cameos, so if you wished to see him draw some of your favorites, you may be in luck.

Sandwiched in between is the work of Sean Galloway, who brings a rather cutesy-cartoonish vibe to what I will call a dream sequence for the sake of avoiding spoilers. This scenario happens to be the result of an encounter with Man-Bat in which Harley took a nasty bump on the noggin.

As to why she was battling Man-Bat, she was earlier visited by a mysterious figure who invited her to provide therapy for villains as part of something called “Evil Anonymous.” I guess he was her first choice. While the dream sequence it led to is quite humorous, the truth behind it leads right to someone who is quite Machiavellian in their desire to protect the American people. You probably don’t have to strain yourself when thinking of who is rounding up Task Force X, but it seems that this one-shot has laid the groundwork for their most grandiose mission yet. With Jim Lee drawing it, you wouldn’t expect anything less.

In short, come for Harley, stay for the Squad.