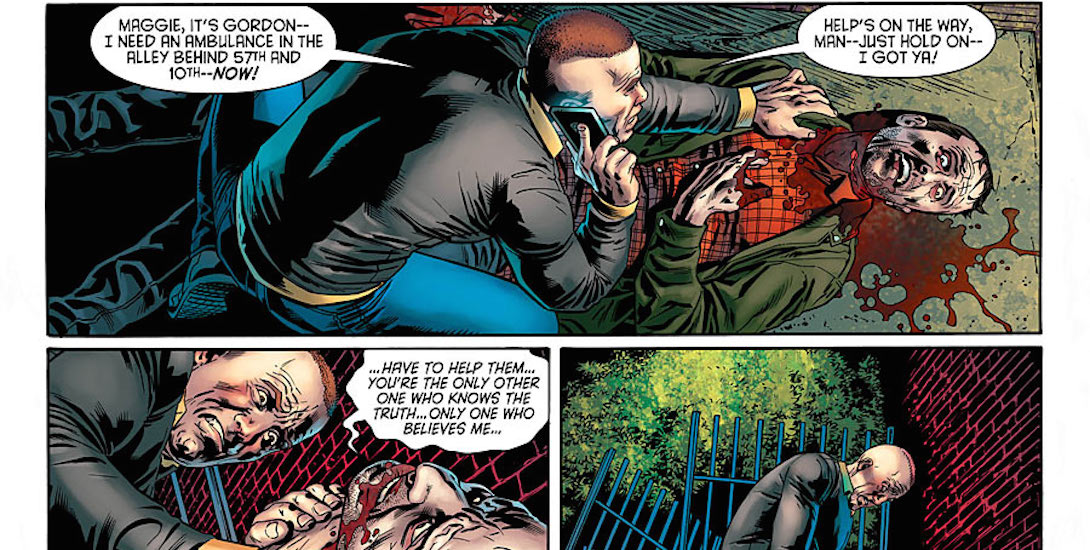 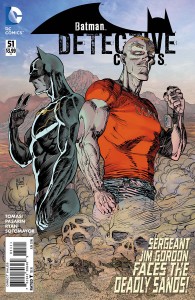 Yes, Bruce Wayne may be back as Batman, but Jim Gordon is still the man in Detective Comics until June. Instead of shoehorning a two-issue story with Bruce before Rebirth begins the new status quo, we are instead treated to a riveting thriller in which Gordon just so happens to bring along his Batsuit (more on that in a bit).

What writer Peter J. Tomasi has presented feels entirely organic and had my eyes glued to the pages. He gets to the core of Jim Gordon and, dare I say, continues to write stories involving Gotham’s former top cop in cape and cowl better than Scott Snyder did. I wasn’t a fan of “Superheavy” in the slightest, but Tomasi’s Bat-Gordon stories are a pleasure to read. He finds a way to strip a story down to the classic elements that make up a Batman tale and they’re enjoyable regardless of who is under the cowl. Fernando Pasarin’s pencils are the perfect complement.

The story itself sees something from Gordon’s past come back to haunt the present. Sometimes we forget about his Marine background, so it’s nice to see stories like this to remind us that he is indeed a bad ass. Yes, this still has that Batman “feel” that I hinted at earlier, but it escalates to that worldly element introduced by Denny O’Neil and Neal Adams with a bit of a Tom Clancy spin on it.

When Gordon opts to venture back to Afghanistan, he does indeed bring his Batsuit to use for moments when he would rather not show his face (wouldn’t you?). At least it’s utilized at proper points and watching him sneak around brings back memories of Splinter Cell (Clancy reference #2). Perhaps those were my favorite scenes.

A mysterious cult, which I won’t speak much of, is the cause of Gordon’s latest plight. We do learn some of what happened to his unit years ago, but that brings us to one of the things that felt odd to me about this issue: the cliffhanger lies within a flashback. While it is a shocking image, we know our hero is relatively fine in the present. It just seemed a little strange in my view.

All in all, Detective Comics #51 provides an exciting read at a time when the final two issues of its New 52 run could have been simple filler material. Let’s hope the conclusion packs just as much of a punch. 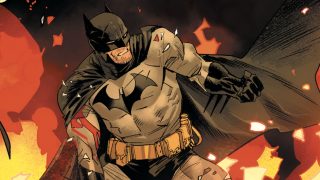