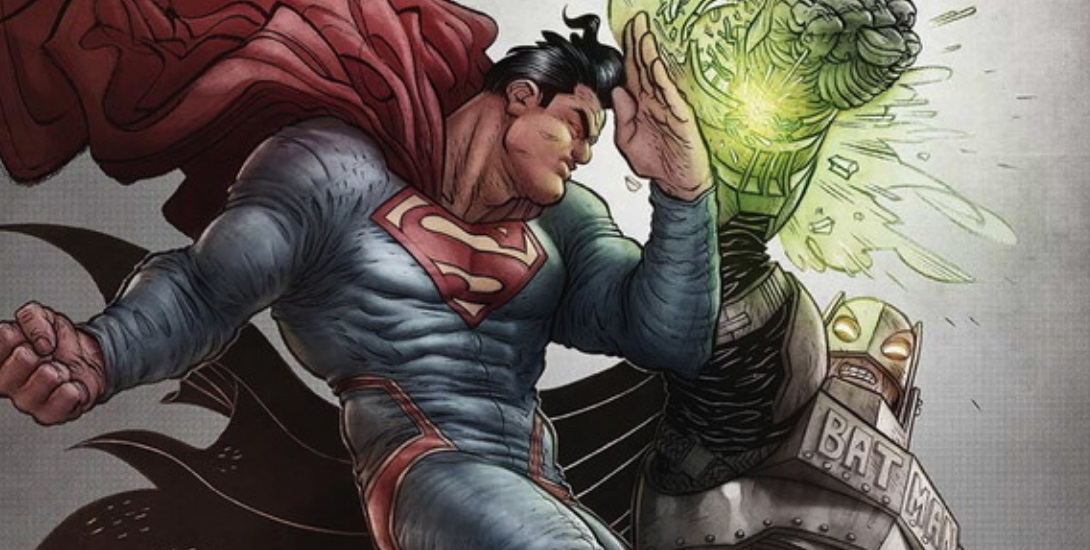 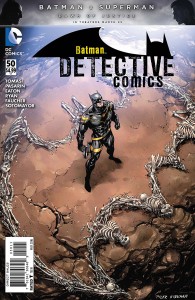 Detective Comics happens to be the latest title – and the first of the Bat books – to hit the #50 milestone in The New 52. Peter J. Tomasi and company did a fine job of delivering a solid story supplemented by some bonuses that you would expect from an anniversary issue (more on that later).

Artwork is supplied by two fine artists that shouldn’t be strangers to Batfans over the past few years: Fernando Pasarin and Scot Eaton. While their styles may be a bit different, they come together to deliver a cohesive visual feast that is exquisite, dark, and extremely atmospheric – Gotham is moody as ever.

The story itself feels like a classic Batman detective tale, through and through, regardless of who’s under the cowl. It deals with the central theme of flesh and blood, mortal heroes, which is quite a good fit for Jim Gordon’s Batman. Despite Bruce Wayne being mortal, he often feels superhuman, something we fans often overlook. Gordon’s continued partnership with Harvey Bullock makes for a nice touch, for I see them to be a formidable duo.

As Gotham’s top cops hunt a ritualistic killer, you get a chance to see how cunning they really are, something that hasn’t really been explored to this degree since the days of Gotham Central. I guess you could say this is a standalone read that viewers of Gotham can really sink their teeth into. It all leads up to a visceral battle in the final act that reminds us all that Gordon is no slouch when it comes to hand-to-hand combat.

I don’t know if it’s just me, but one reason that I really enjoyed this issue, which may seem trivial to some, was that Gordon never once donned his mechsuit. Sure, he looks a bit much like Daredevil at times, but the lack of Chappie-like tech only helped this feel more true to what is expected from a Batman story.

The supplemental material, which I mentioned earlier, comes in the form of a backup story written by Tomasi and illustrated by a variety of artists. It’s pretty cool and sees Bruce Wayne’s Batman guide us through some strange cases captured in pinup style fashion that pay homage to a number of classic ‘Tec covers. It was a fitting way to close this momentous issue.