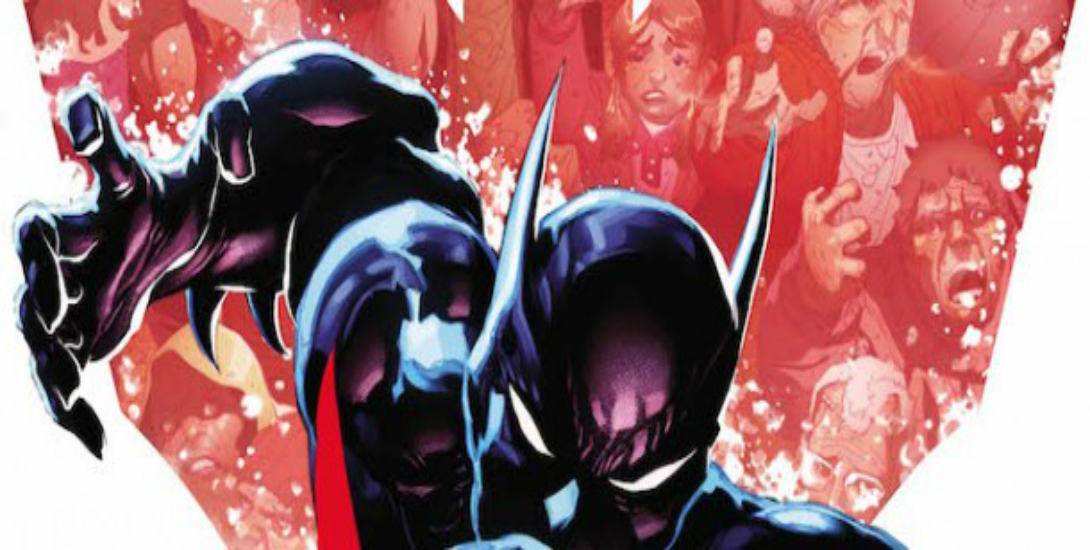 What started out as a solid book about the post-Future’s End part of the DC Universe, has, unfortunately, become nothing more than another run-of-the-mill post-apocalyptic survival title. This wouldn’t be a completely terrible thing, if the title were written well and were paced well enough. Unfortunately, I cannot say that is the case for Batman Beyond.

I may be breaking holy ground when I say this, but I just want Batman to do a lot less talking and more punching when it comes to a Beyond book. My reasoning behind that is that Bruce Wayne’s Batman is the world’s greatest detective. It’s a scientific fact, or something. Tim Drake, however, is not and he doesn’t have to be. Dan Jurgens doesn’t seem to truly understand the character of Tim Drake, or of Batman Beyond altogether, and it’s sincerely starting to hurt this book.

Here’s a quick rundown of the goings-on so far: Brother Eye has been defeated and all of Neo-Gotham has done its best to move on from the horrendous event. Tim Drake has taken the role of this time’s Batman and has been so-so at the whole super-hero thing even though he’s had decades of training. Matt McGinnis, brother of the once great Terry McGinnis, has found John Stewart’s Green Lantern ring and has traveled to Metropolis, for some reason, looking for more answers. Sounds cool, right? Well, it would be cool if the story would develop from issue to issue, but that’s not the case here. There has been little to no development of the story for some three issues now. Micron did give us a little bit of a glimpse as to what happened with the current Justice League, but that has been the single revelation this title has had since the end of the Brother Eye story line.

I’m a huge DC fanboy and I’m even more unapologetic when it comes to any incarnation of Batman, but it is becoming harder and harder for me to find some semblance of a decent story here. I apologize for being so negative, but as it stands, I would be entirely shocked if this book makes the Rebirth cut.