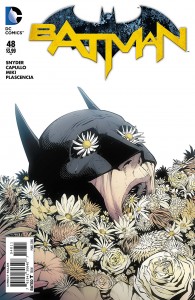 A surprising reunion graced the final page of last month’s issue of Batman, and fans wanted more. Don’t worry, Scott Snyder and Greg Capullo know that and kick off issue #48 right where we left off. Who would have thought a park bench could mean so much to two men? Bruce and this “Joker” spend a great deal of time talking about the bench, the area its in and their own internal struggles. Their conversation weaves in and out of a much bigger and immediate problem: Mr. Bloom. The Gordon Batman has been picked up by the villain and his goons, and Gotham is under attack. It seems seeds have planted all over the city, and gardeners are digging with success.

“Superheavy” has had its fair share of critics, myself being one of them. While the Snyder/Capullo team have done a good job (as always), I just haven’t been that interested in someone else being Batman. It’s just not my cup of tea. On top of that, I feel Mr. Bloom lacks the real threat that Batman’s villains seem to always own. He’s kind of hokey, supernatural and just not charismatic. When this issue followed him stomping through the streets, I just shrugged my shoulders.

However, I was completely caught up in Bruce’s conversation with the Joker. Snyder’s dialogue and Capullo’s focus on expression, is just perfection. I’m a sucker for Batman/Joker scenes where they have an actual conversation and this one is so good. This issue reminded me a lot of their scene in The Dark Knight,  where you hang on every word and know each point has different meanings.

Fortunately, their scene takes up about half the book and really ends up meaning something… 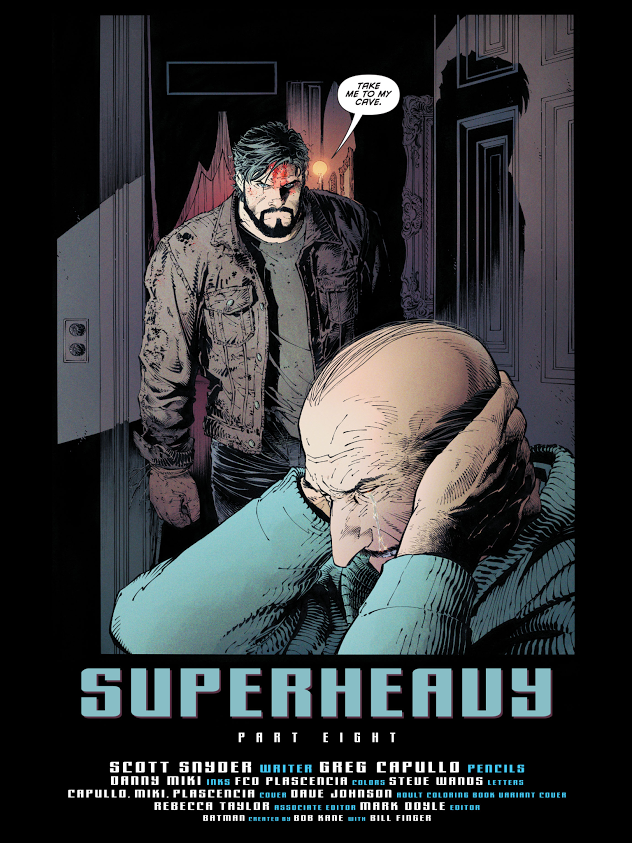 The Bat is coming and it’s about damn time.