Batman, Superman and Wonder Woman are set to appear on the cover of Famous Monsters next month along with an exclusive interview with Batman v Superman: Dawn of Justice director Zack Snyder.

It’s an interesting interview where Snyder covers a few subjects regarding both Batman v Superman, the DC Extended Universe and the criticism on all that destruction at the end of Man of Steel.

Regarding the big fight between the titular characters:

“The discovery of the story is that Batman fights Superman. Now move your superhero chess pieces so that can happen. And it can happen in a credible and interesting way. … It’s just incredibly satisfying and fun to dig into these two mythological characters and find a through line that allows them to come into conflict in a way that not only is philosophically satisfying, but also physically real.”

On the amount of destruction in Man of Steel:

“I stand by it, because for me, I’ve always said when I was working on Watchmen — and maybe it’s sort of left over from a Watchmen philosophical sort of thing — that there should be consequences to superheroes’ interaction with the earth. And that was kind of the way that we approached Man of Steel. I wanted a big consequence to Superman’s arrival on earth. Certainly, Batman v Superman sort of cashes in all its chips on the ‘why’ of that destruction.”

I, for one, am glad Synder stands by his choices. Man of Steel may be a bit dark, but I actually enjoyed it. It’s also good to see that Batman v Superman will deal with the consequences of Superman’s battle with Zod and subsequent destruction of Metropolis.

Check out the cover to Famous Monsters below! 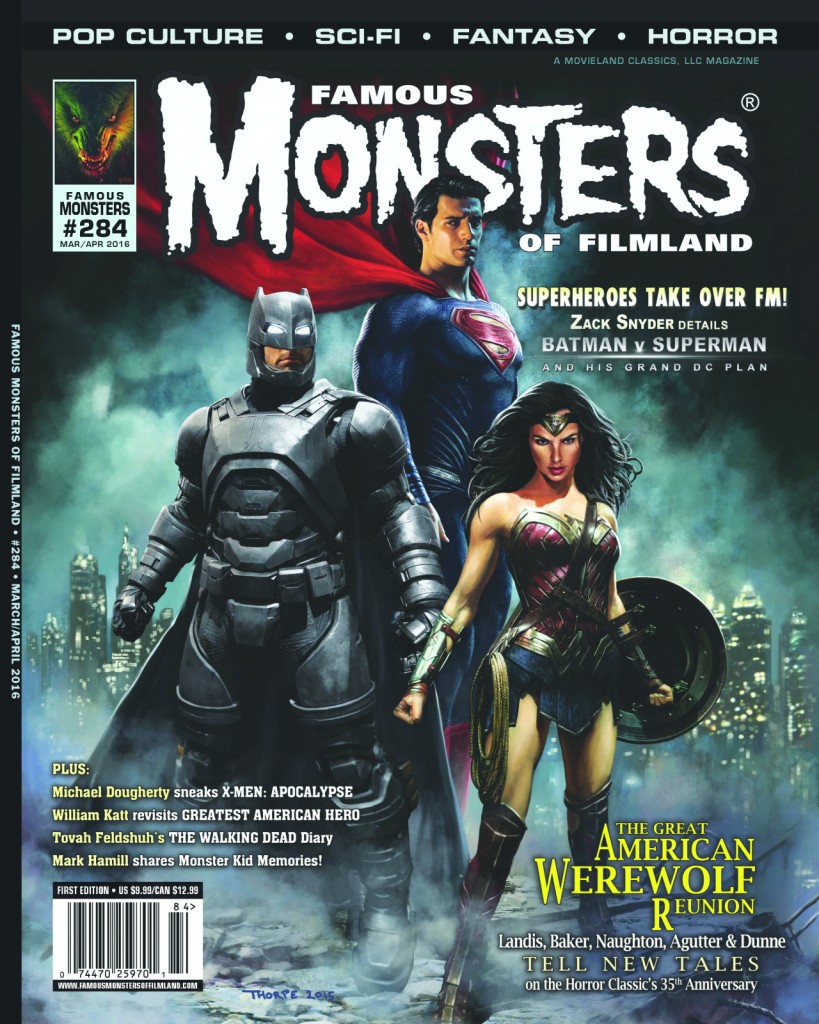