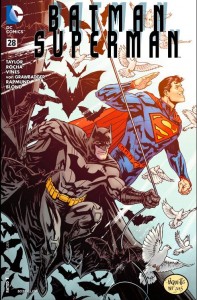 Tom Taylor begins a three-part story titled, “Universe’s Finest” in Batman/Superman #28. This story has the feel of an epic tale, sprawlingly set from outer space to Gotham City. The narrative finds Batman and Superman in earlier days of their relationship. There is a certain level of mistrust from Batman toward Superman, which highlights their differences in a classic and compelling way. 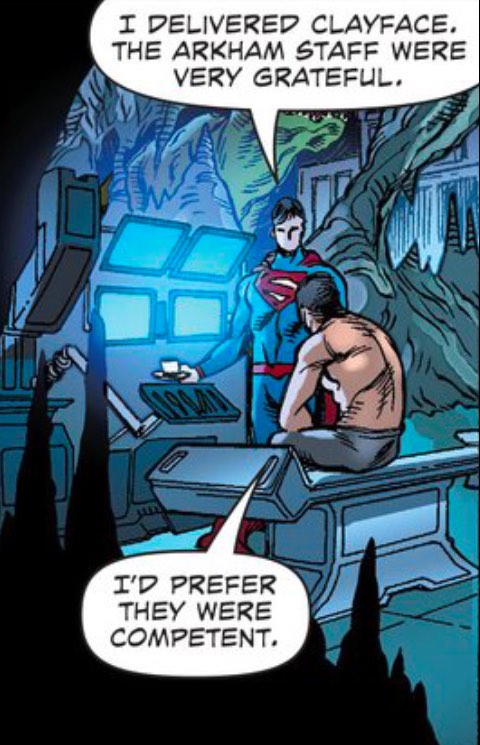 As a new Batman/Superman reader, this seems like a good jumping-on point. The initial story is compelling and the pacing of the issue lends itself to the sweeping narrative. Superman saves an astronaut who encounters an unexpected, unidentified flying object that destroys a portion of the space station. Unbeknownst to the astronauts aboard, the object is an alien – who eventually crash lands on the moon. Superman gets Batman involved in the investigation and discover the deceased alien has a Kryptonian message in her possession. Readers learn a young Lobo is hired to kill the Caped Crusader. Business will certainly pick up in subsequent issues!

The art in Batman/Superman #28 reaches soaring heights, but also trips in places. The large, scenic graphics are incredible and beautifully rendered. However, some of the up-close panels – especially those of Superman’s face – are not as pleasing to the eye. The best example was the juxtaposition of these two panels: 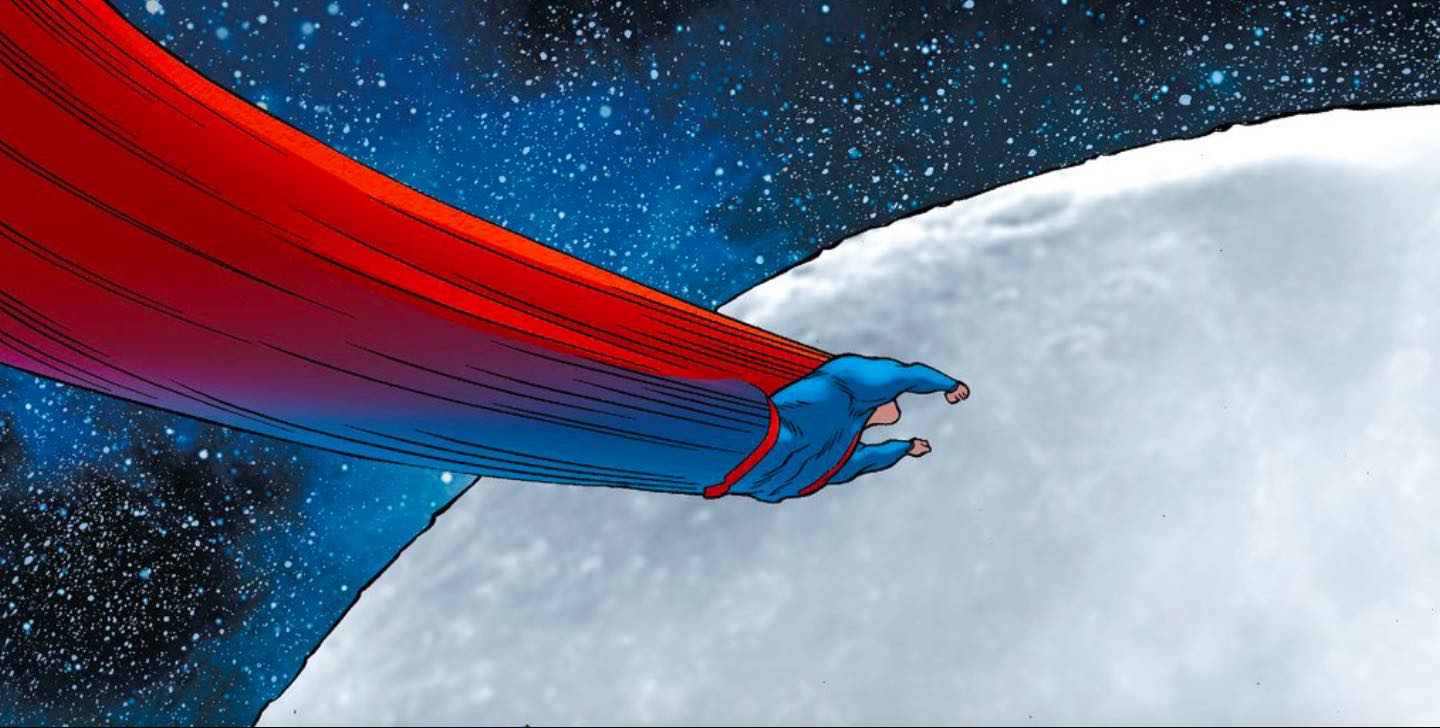 The detail and texture of this panel is incredible and grand 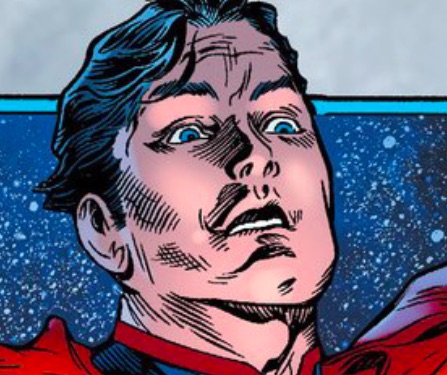 Next to the flight panel, the contrast is stark. Is Superman surprised? Aging?

These two panels share the same page and could not be more different. Superman flying over a well-textured background feels big and epic, while the detail of Superman’s face in the very next panel is… off. The same is not true of other characters in the issue – Batman, Clayface, Lobo, astronauts, police officers – they are all drawn incredibly well. Perhaps it’s the fine lines used in shading that threw me off in this issue’s depiction of Superman? Whatever the case – it was noticeable and distracted from an otherwise solid issue.

On the positive side, Batman’s space suit looks incredible and includes the coolest footprints ever! 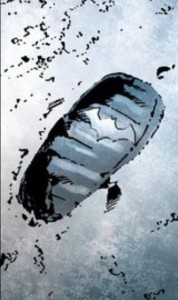 The most beautiful panel of Batman/Superman #28 features the title characters discovering a Kryptonian message in the possession of the alien creature discovered on the moon. Everything combined – pencils, inks, colors – to make this one epic panel! 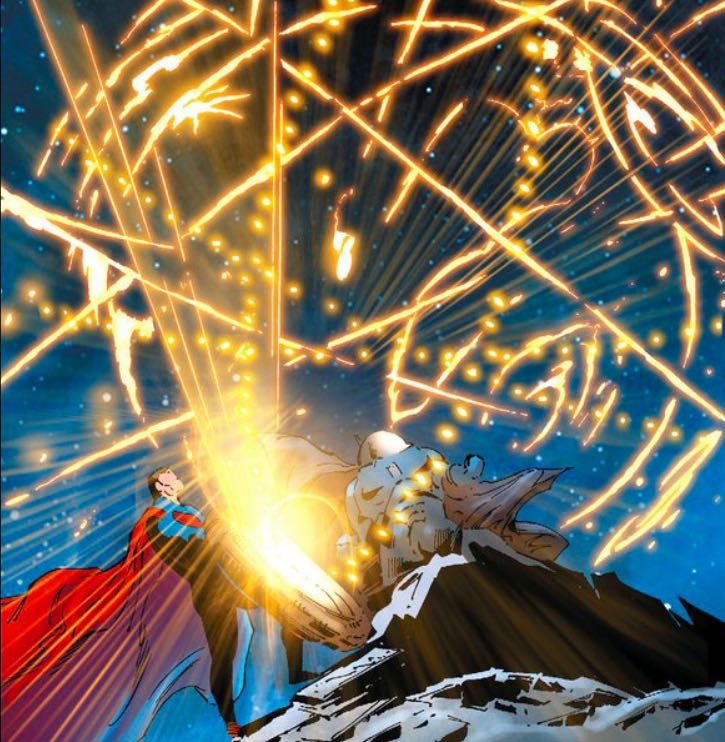 There is certainly much more to this story and Batman/Superman #28 does a good job whetting the appetite of readers, leaving them hungering for more. Who is this mysterious alien? How did she die? What is Lobo’s involvement? What’s the significance of the Kryptonian message? The final panel teases “someone” from Krypton – who could it be? I, for one, am anxious to find out more in the upcoming issues of Batman/Superman.

As a new Batman/Superman reader, this was an excellent first introduction to the title. Although it is a throwback story, set prior to the up-til-now Batman/Superman continuity, the compelling storytelling, known villains, surprising twists, a sweeping plot and grand settings lure this reader toward wanting more. The art is great in some spots and not-so-great in others. However, the good far outweighs the bad in Batman/Superman #28, earning it a solid and respectable:

I’m looking forward to seeing where this story goes! 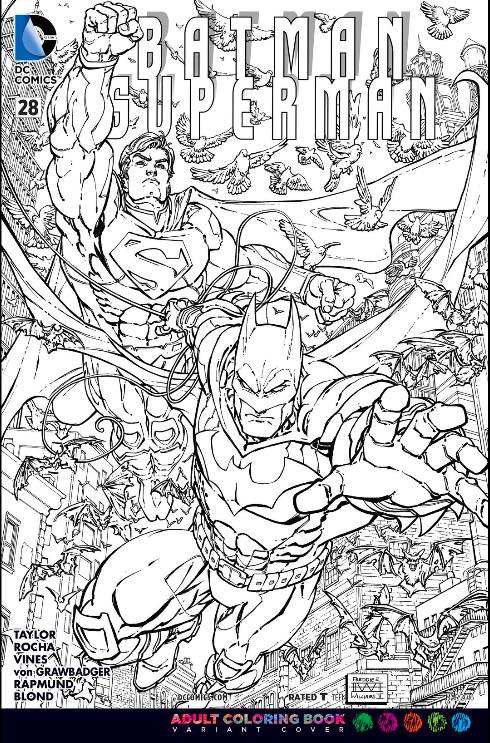