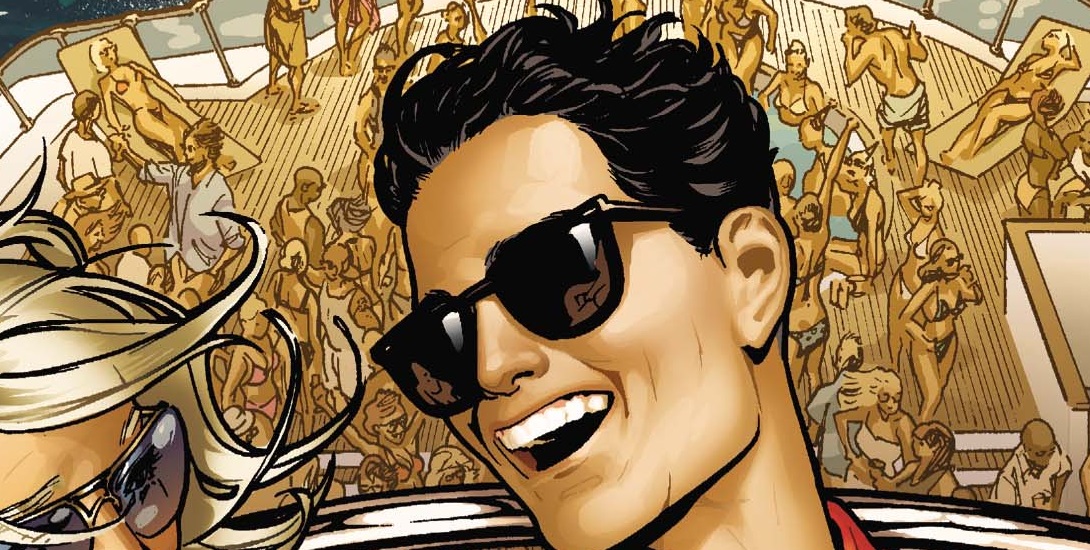 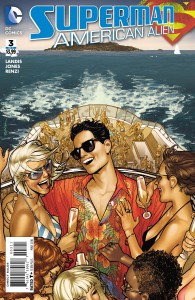 Any comic book fan who hasn’t been reading Superman: American Alien has been doing themselves a great disservice. Max Landis has consistently found fresh ways to reinterpret Superman’s origin, with each issue straying slightly further from what has come before, yet being so undeniably awesome. Issue #3 reinvents the wheel and is the best the mini-series has offered to this point.

The premise of this installment is that a young Clark Kent has won a trip to the Bahamas and his plane crash lands into the Caribbean. He manages to pull himself and the pilot to safety aboard a nearby yacht, which happens to belong to Bruce Wayne. It turns out Bruce never actually shows up to his own parties and everyone thinks Clark is the young billionaire. As you can no doubt guess, much hilarity ensues.

There are several cameos from a variety of DC characters, whom Landis amazingly worked in rather organically. The likes of Oliver Queen, Sue Dibny, and Victor Zsasz can all be found getting soused at sea. But perhaps the most important guest appearance is made by Barbara Minerva, the future Cheetah. She and Clark enjoy a heated tryst and their heart to heart talks actually allow Clark to discover new things about himself, chief among which is that he has a greater purpose outside of Smallville. It’s great stuff.

Now, there is a cameo from a major DC villain who is currently enjoying a huge surge in popularity at the moment, but I’ve decided not to outright spoil who it is. Let’s just say that when I got to the reveal I was so ecstatic that I would have high-fived Landis if I had the chance. Bruce Wayne does put in an appearance at the end, the details of which I also refuse to spoil, although I will say it’s pretty damn cool. It makes me hope that Landis will follow this up with a Batman mini-series. Just imagine the possibilities.

As I said earlier, I believe this to be the best issue yet and I have a strong feeling that subsequent ones will somehow top it. Joelle Jones’ artwork is also the best I’ve seen to date on this series, which has set another bar. The next four issues can’t get here quickly enough.