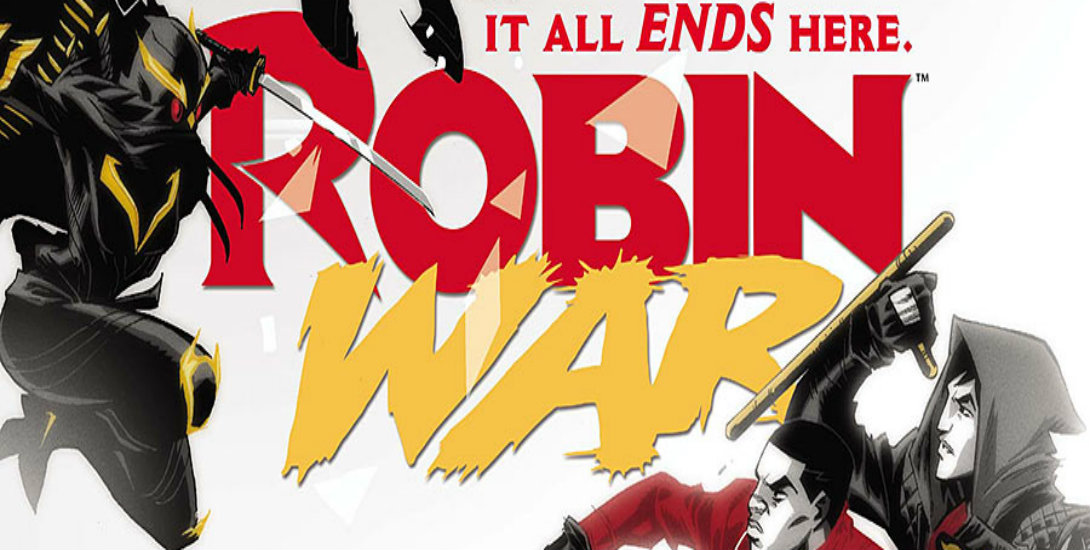 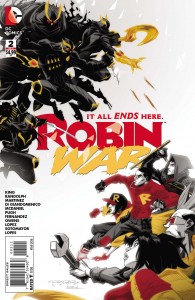 The conclusion to “Robin War” is finally here. After taking over various Batman family titles in December, to mostly satisfying results, the crossover that put Tom King in the director’s chair – at least I think that’s a fair way of putting it – is finally at its end.

King has been on a bit of a hot streak lately at DC and Vertigo, and seems to be one of the writers at the DC offices who has the best handle at writing for the various Robins. I feel that he hit a few bumps in the road in this concluding issue, such as Damian Wayne getting a pep talk from Duke Thomas of all people, but they aren’t exactly bad. I mean, when you see Duke giving the experienced Damian advice, it may confuse you as well. What it does do is display the great inner strength Duke possesses and brings to light that Damian might not be in the best place mentally, given recent events involving his father. In short, I’m indifferent to their verbal exchanges, yet they actually pay off.

It was quite cool to learn more about the Elite Talons, who are more berserk in nature and can best be described as the Court of Owl’s contingency plan. There’s a fair amount of exposition offered and we do find out why Damian accepted the Court’s offer. It pretty much ties into and is resolved by what I said in the paragraph above.

Perhaps the real story is the showdown between Dick Grayson and Lincoln March. King handled the dialogue in these scenes rather well and also treated us with the knowledge of how far the Court of Owls’ reach really extends. The whole “Gray Son” thing really comes full circle.

I must admit this wasn’t as strong of a conclusion as I had hoped for. Too many artists worked on this issue and the result of this crossover more so affected one character as opposed to Gotham as a whole as I would have desired Those looking to see where the ramifications of this story will lead will have to pick up upcoming issues of Grayson (hint, hint).