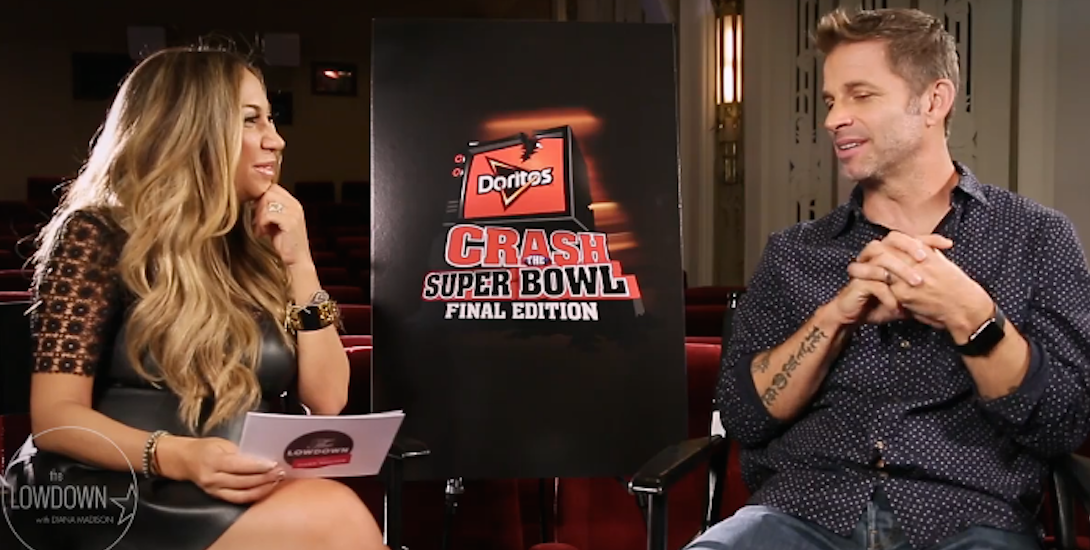 Zack Snyder, director of the upcoming film, Batman v Superman: Dawn of Justice, sat down for an interview at the Lowdown Studio to discuss his work with both the Doritos Crash the Superbowl Project and the superhero film that will pit the Dark Knight against the Last Son of Krypton.  Snyder shed some details on the Doritos project, which entails submitting your own home-made Doritos commercial, and spoke on his upcoming movie, which he describes as a dramatic film that displays how the inner workings of two monumental heroes will mesh into a conflict.

“I think the fun of the movie is that in the end, it’s a drama.  They [Batman and Superman] have to figure out each other to fight each other. So it’s really about what makes them tick, and how that’s going to work out in a conflict…and we’ll see what happens.”

Furthermore, Snyder spoke on working with Ben Affleck and Henry Cavill, and dropped an idea about the upcoming Justice League films.