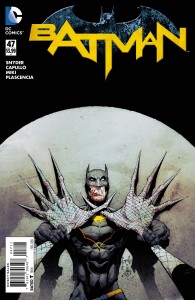 The divisive “Superheavy” continues this month in the pages of Batman #47. While Scott Snyder and Greg Capullo have often steered the book in the right direction, I have to admit that I’m among the ilk that thinks Jim Gordon doesn’t make for a great Batman and that Mr. Bloom isn’t an interesting villain. At least something cool happens on the final page and I’m going to spoil the holy hell out of it in a moment because I absolutely have to discuss it.

I can’t write this review without addressing Gordon and Bloom. While they do battle in this issue, the conclusion of their war feels in no way closer. Gordon does outsmart him in true Batman fashion, but he remains at large near the end of the story and I hope they apprehend him soon. Perhaps it will ultimately be Bruce Wayne that defeats him. After all, Bloom’s flower power is no match for Wayne’s glower power.

The best scenes in the book happen to be those involving Bruce Wayne and Duke Thomas. Considering that we know Duke will one day be Robin, perhaps it’s fitting that he’s the one that’s getting Bruce back in the game. The way that Bruce’s memory is triggered is quite clever, so I must give the creative team credit on that one.

Now, we come to the final page. It sees Bruce once again resting on a park bench, only this time he’s joined by an old friend – the man who was once the Joker! It seems Bruce wasn’t the only one revived by Dionysium. Believe it or not, it seems like they’ll get along based on their brief interaction.

That brings me to a bit of speculation: if you strip away the memories of Batman and Joker, could they possibly get along or be *gasp* friends? I’m sure this will be explored more in the next issue and that thread alone has made my anticipation surge.

If you’ve been following the flagship Batman title to this point, I see no reason for you to stop. Regardless of how you feel about the current status quo, just take solace in the fact that we’re one month closer to March, which will bring us issue #50, the likely return of Bruce Wayne to the Batman mantle. 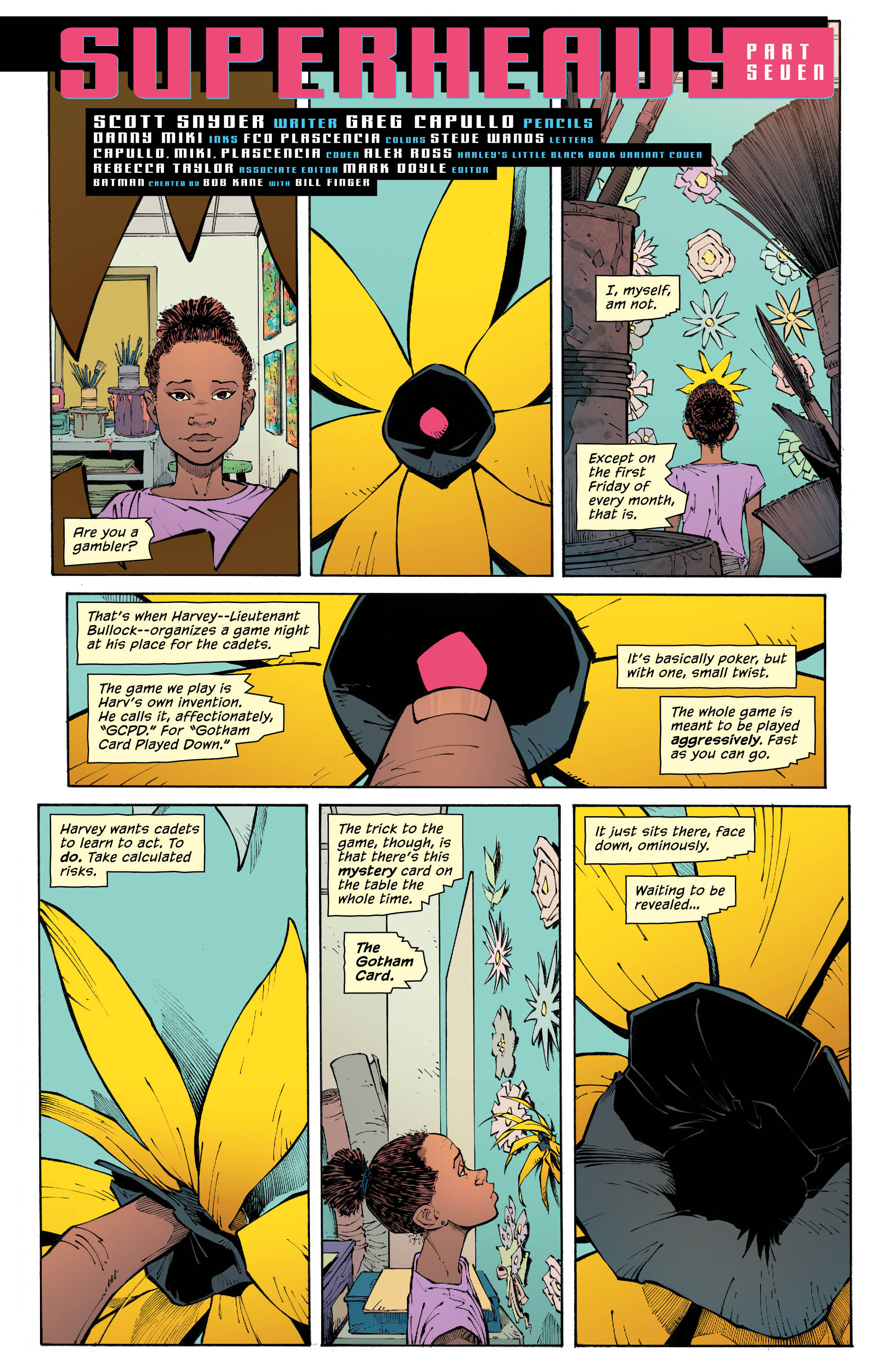 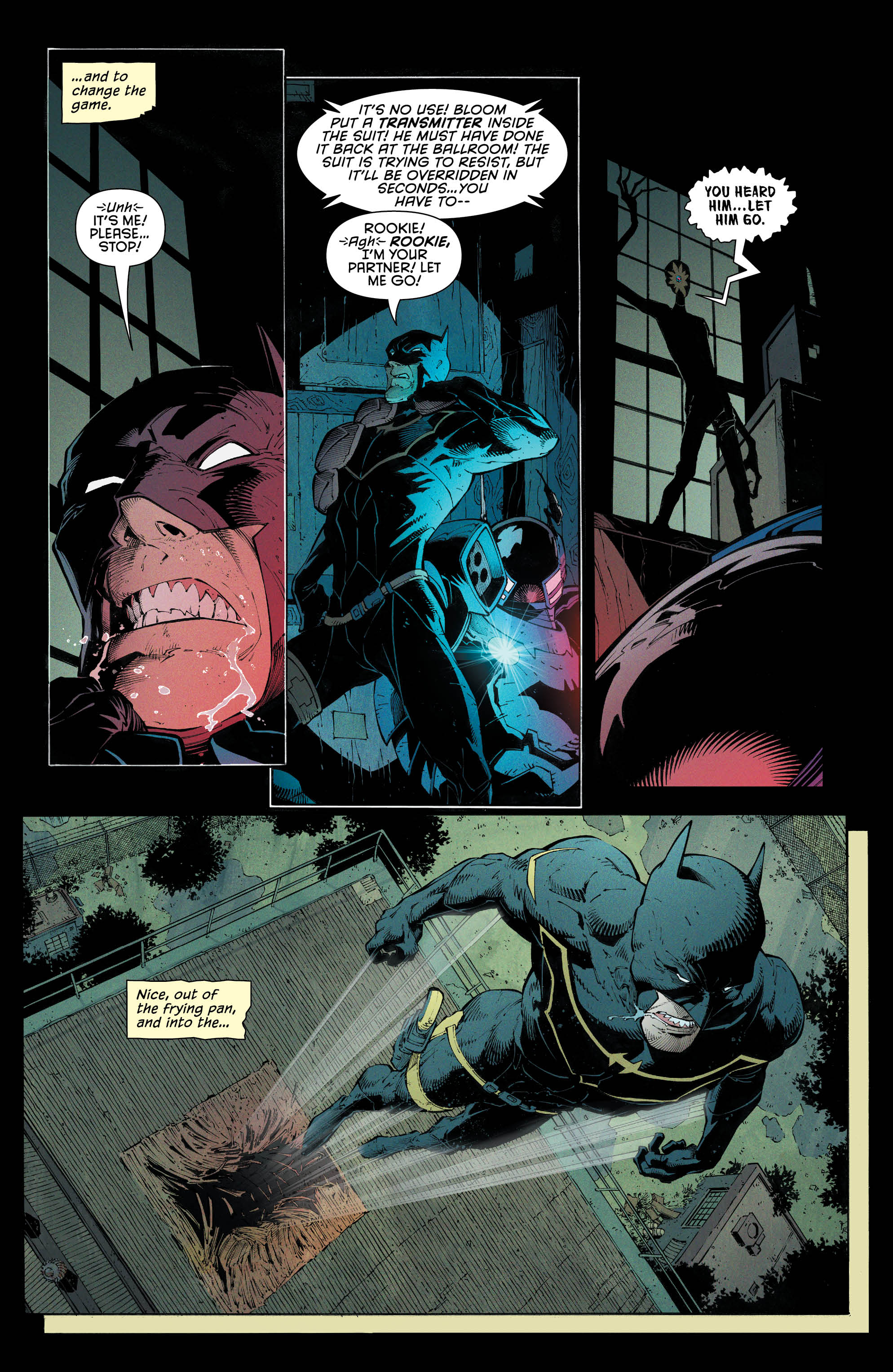 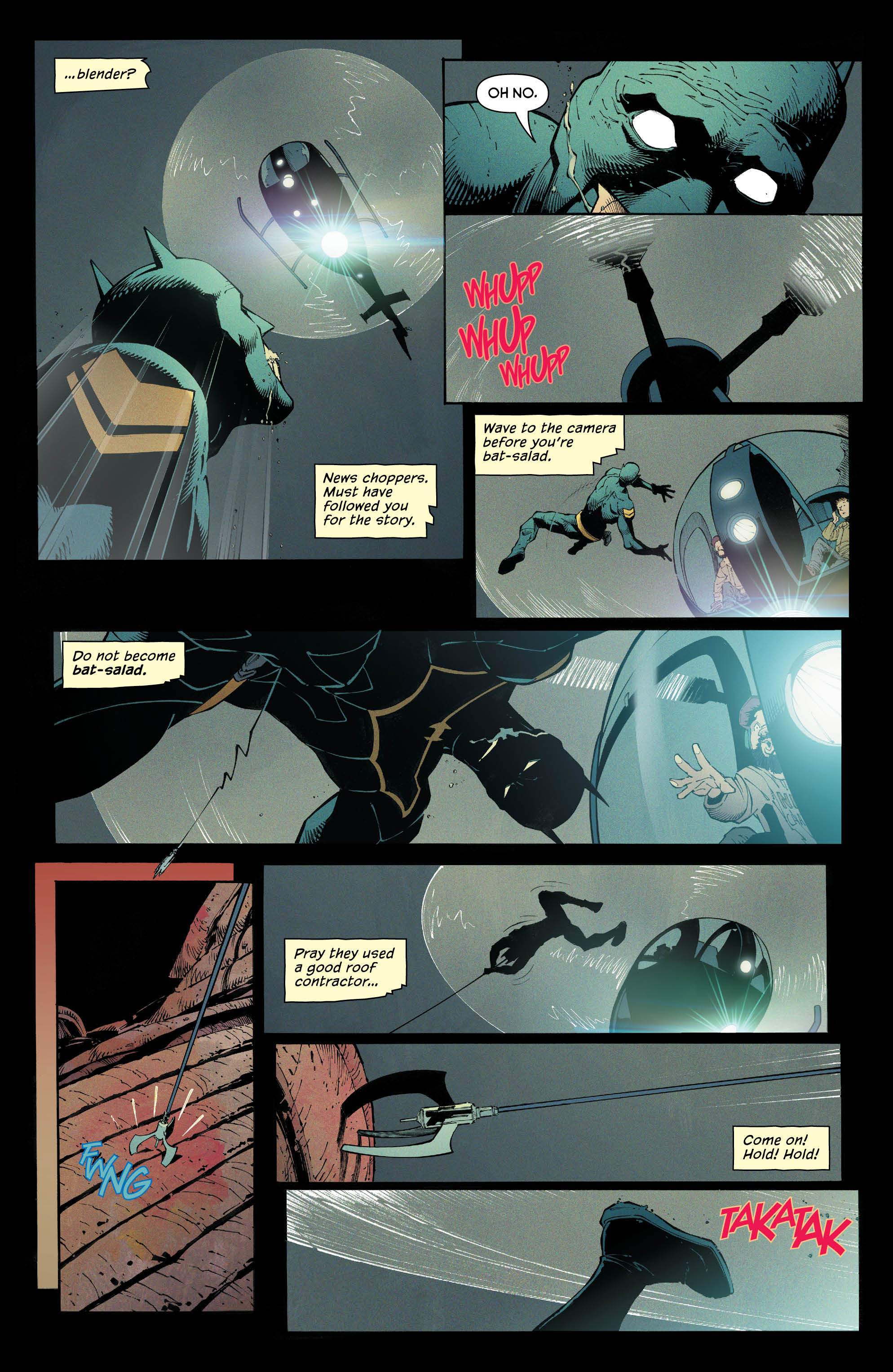 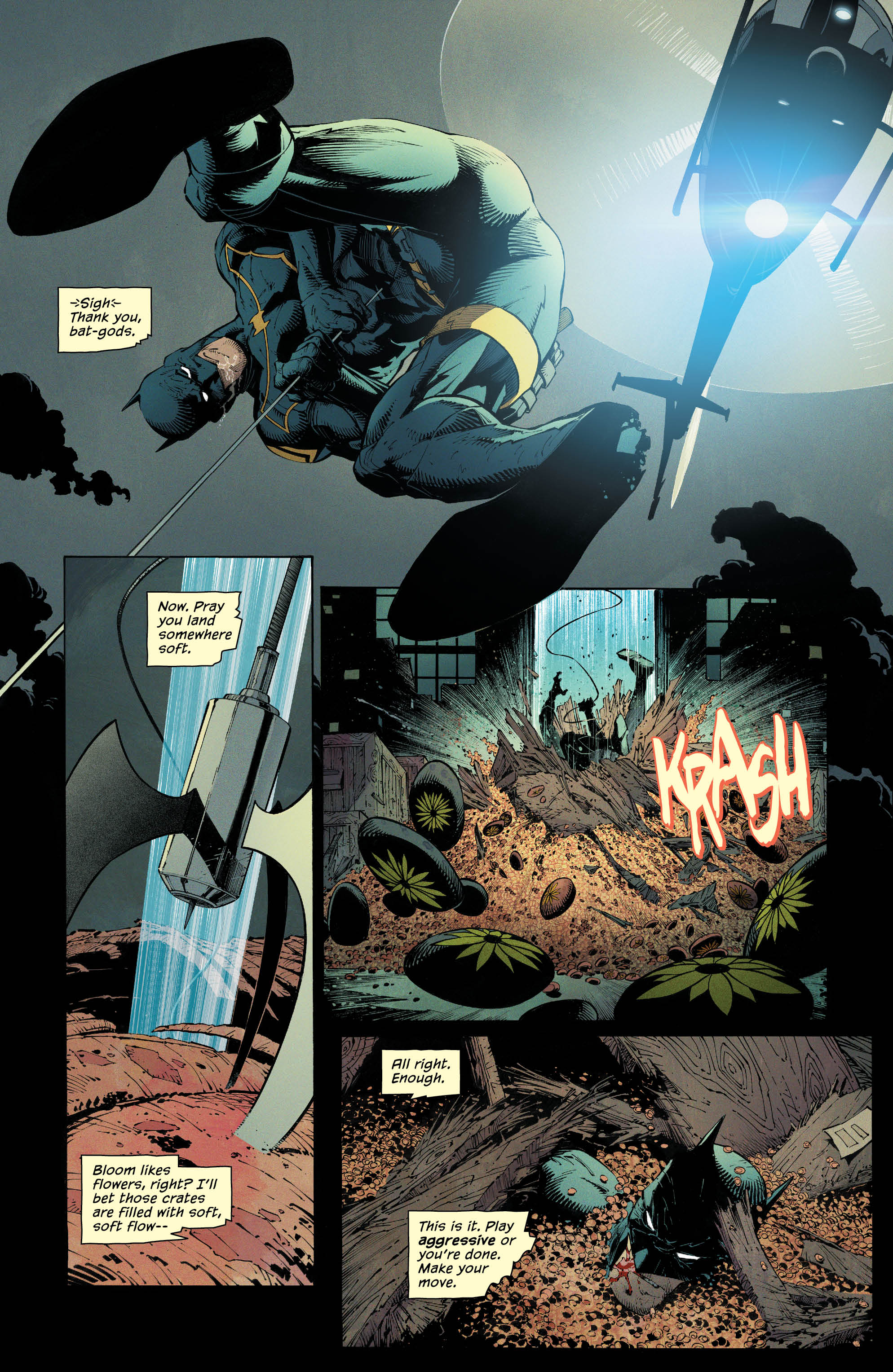 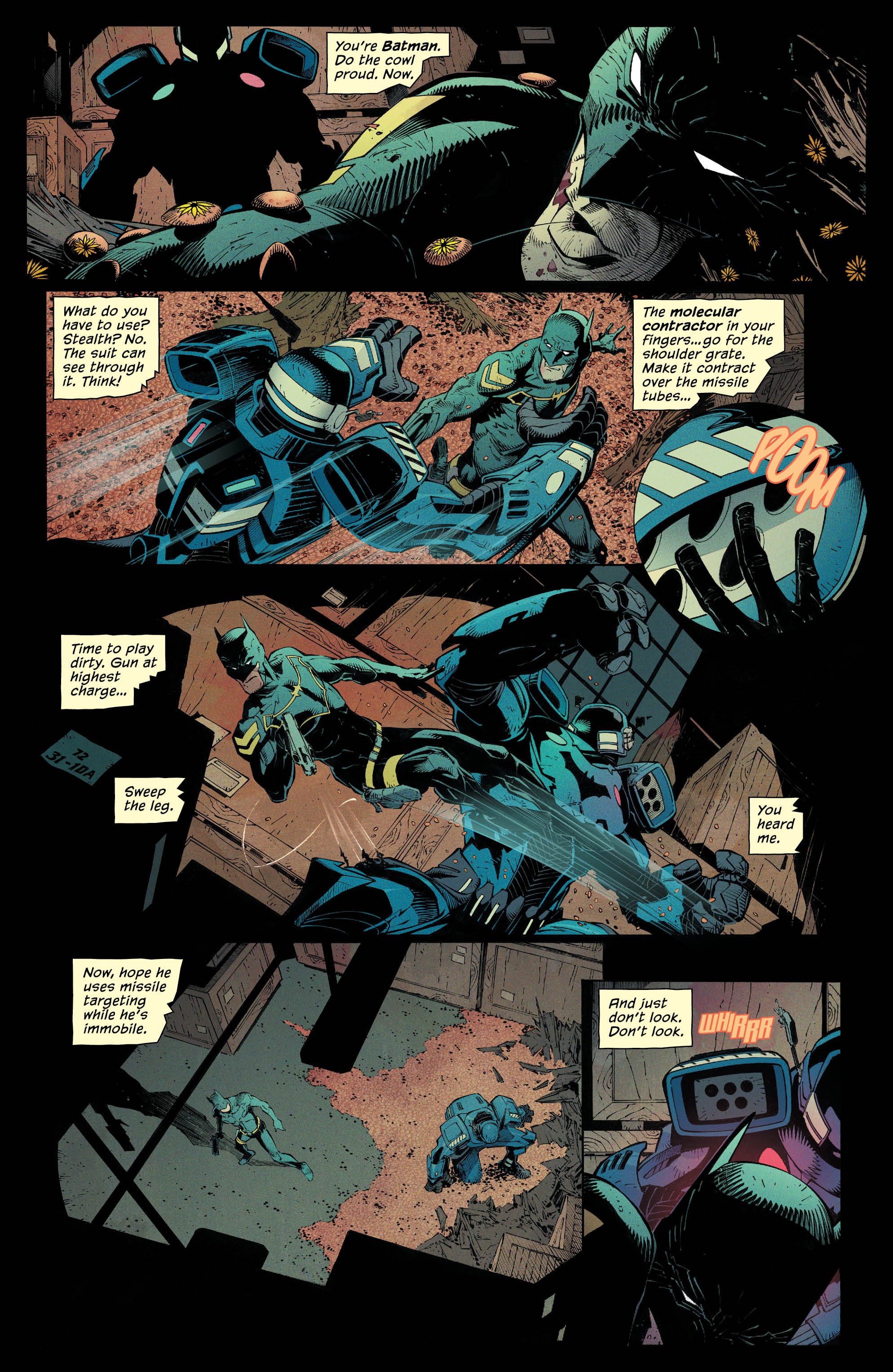