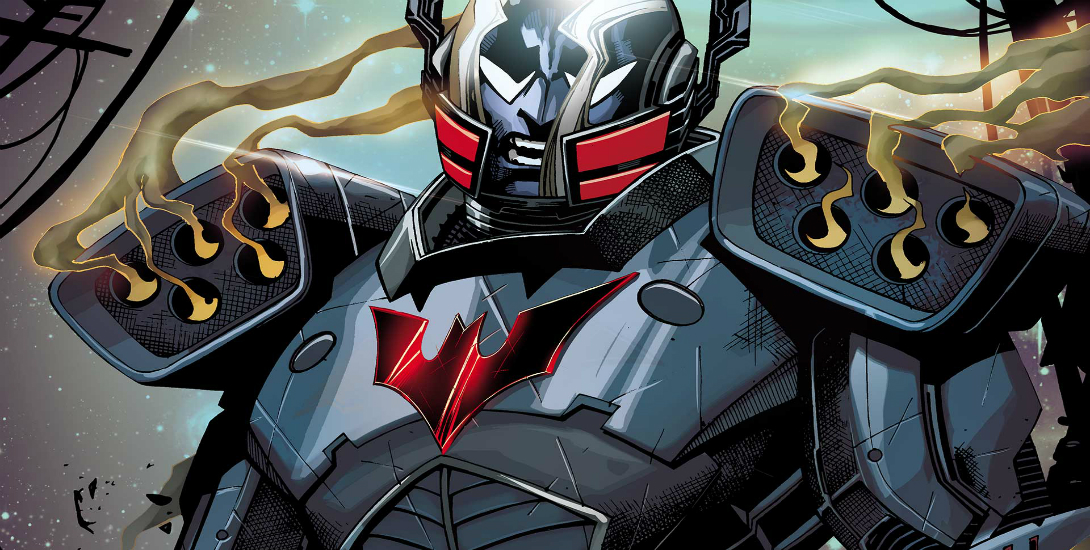 The war for freedom against Brother Eye comes to an exciting and action-packed finale in this month’s issue of Batman Beyond. Will Batman be able to stop Brother Eye once and for all, and will his entire team of freedom fighters make it home alive?

Since the start of this series, the book has had its ups-and-downs. Personally, I’ve enjoyed most of the issues, but the interwebs seems to think a little differently than I do. Either way, the finale of this story arc felt a little lackluster. Not that the ending was bad, at all, it just felt a little predictable and boring.

The whole premise of Brother Eye is that, since he is an evil A.I., he can, essentially, be in any place at any time. So, the question that I pose to the creative team on the book is, “Why would Brother Eye ever change into a humanoid form?” If Eye remains a program, then Batman and his team really couldn’t find a way to fight him. The only reason for Eye to transform into his humanoid form would be to be beaten to death by Batman, which is ultimately what happened. Like I said, the finale wasn’t a complete let down, but this fight between Batman, Brother Eye, and Inque just didn’t make sense in the context of the villain’s plot.

I really enjoyed seeing Inque become kind-of a good guy in the end, even though she could write it off as doing her deeds only to rescue her daughter and will return to the life of crime. I know that we are left to believe that Inque died in the explosion that finally(?) put an end to Brother Eye, but we all know how comics work and Inque will be back when she is needed.

Overall, the issue was an action-packed finale that I expected it to be. I just wish that it had a little more substance when it was needed and a little less ambiguity with the major deaths of the issue. With almost no seeds planted for the second arc on the book, I’m anxious to see where the creative team will take the series from here.