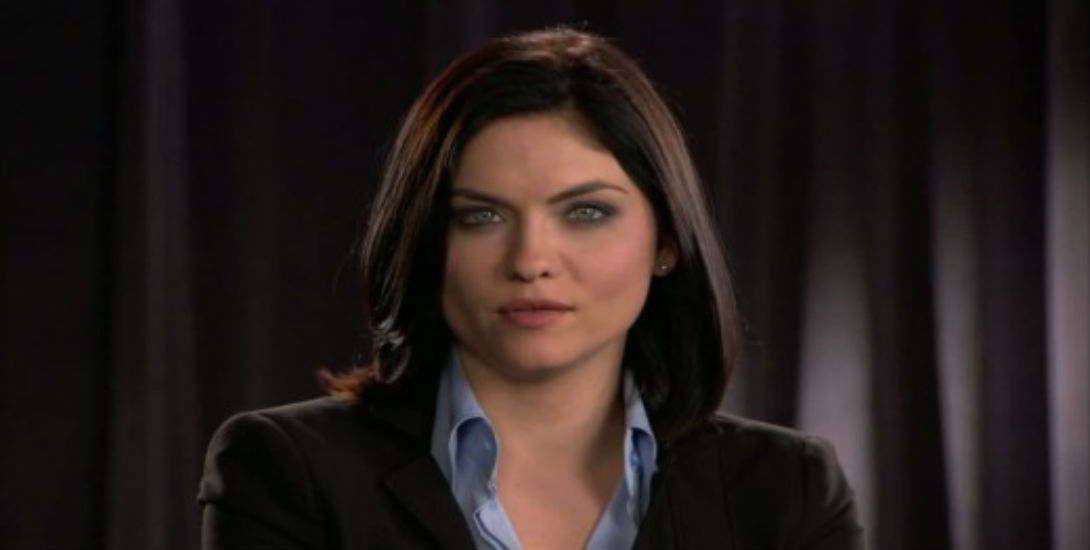 It’s not every day that you get to meet an actress that you’ve been a fan of for years. It’s also a treat when they turn out to be an amazing person when you have the surreal experience of being able to spend some time with them. Such is the case with Jodi Lyn O’Keefe.

To say Jodi has had an eclectic career is an understatement. From her earliest appearances in films such as Halloween H20: 20 Years Later and She’s All That to recent TV juggernauts such as Prison Break and Two and a Half Men, fans the world over have enjoyed seeing her inhabit the skin of some rather diverse characters. You really have to admire someone who can play an average American girl or a top level assassin and make it believable.

Jodi thankfully let me ask her a few questions this past weekend at Motor City Comic Con. You can read a transcript below – we talked about her recent projects, a hopeful Prison Break revival, and which superhero she would consider playing (hey, this is a Batman site!). It was also somewhat amusing to see that she had similar traits in sense of humor. When you regularly say things with a straight face and others believe until you reveal the truth moments later, it can be a bit funny when somebody gives you a taste of your own medicine.

Anyway, on with the interview. 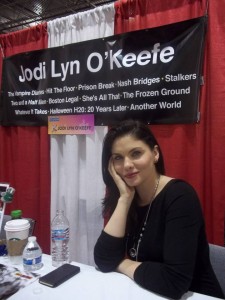 DKN: You’ve had a pretty eclectic career. Would you like to tell fans which projects you’re involved in right now and what you have coming up?

Jodi Lyn O’Keefe: Right now, I just finished The Vampire Diaries. So that came to an end. I was (on) almost 20 episodes and I’m working at the same time on a show called Hit The Floor for VH1. We just wrapped our season, so I’m on hiatus and we go back in February.

DKN: It was recently announced that Fox is bringing back The X-Files for a limited run and one of the shows they have said to be interested in reviving, at least for a limited run, is Prison Break. Now, Wentworth Miller and Dominic Purcell are tied up with Legends of Tomorrow, but if they were free, would you return to reprise the role of Gretchen?

JLO: I’m already ready to do it. I’ve talked to so many people and they’re so excited about the show coming back and I’ve been hearing rumors all year that it’s the next one up. Fox is excited to do it. They did 24, they want to do Prison Break. She (Gretchen) was my very favorite character that I’ve ever played. It’s so far removed from myself. It’s the complete opposite of me and I can’t wait to do it again. I told them “anytime, anywhere. I would love to do it.”

DKN: I know The Final Break was intended to be a backdoor pilot for a female Prison Break spin-off and it was obvious that Gretchen was going to play a part in that.

DKN: If you could play any superhero or supervillain, who would you play? Personally, I think you would make a great Catwoman or Zatanna or maybe even Wonder Woman.

JLO: Ooh, you know, people ask me all the time. They’re like “you have black hair and blue eyes. You should be Wonder Woman.” But I gotta say that I feel like the villains have more fun. And Catwoman has that nice duality, you know? She’s good and bad. Maybe Catwoman.