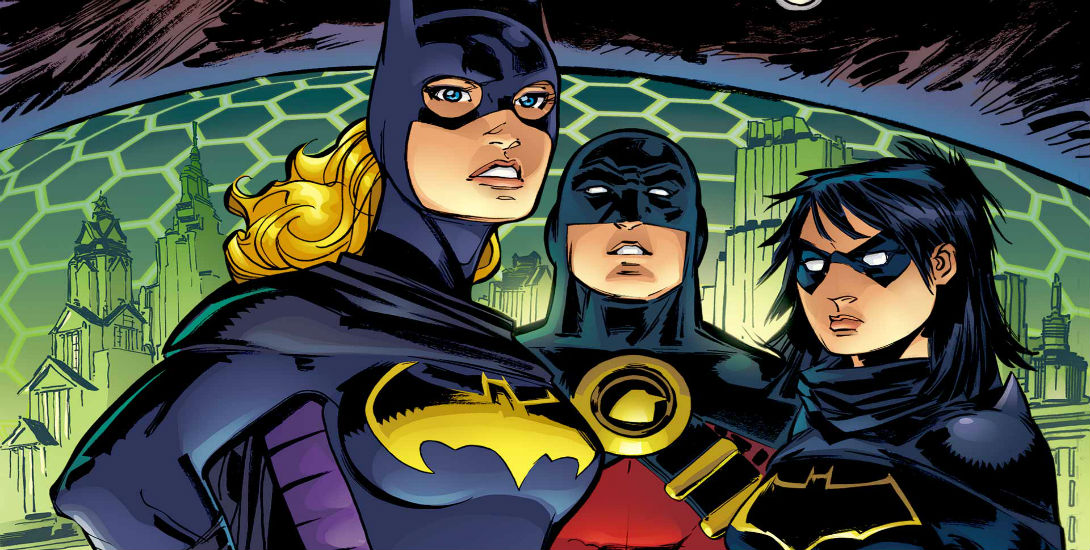 Convergence: Batgirl sold me right off the bat by including fan-favorites Stephanie Brown and my favorite former Batgirl of all, Cassandra Cain, as major characters. Both have been almost completely absent since the onset of the New 52, but setting a story in the pre-Flashpoint timeline allowed them to step up to the plate as major characters once again. This not only gives fans what they’ve been asking for in the return of these characters but also provides a welcome change of pace from the current status quo.

The focus here is very much on Stephanie and Alisa Kwitney’s writing does a surprisingly good job of re-familiarizing the reader with the character. Before being sent off into Convergence as a chosen fighter, Stephanie is adapting to life in Gotham under a massive, impenetrable dome. The plot device is admittedly familiar and the writing doesn’t take us terribly far into what life under that dome is like, but it gives enough details to get a basic understanding.

It draws some comparison with Stephen King’s mega-hit Under the Dome, naturally, and it’s a little interesting that in that book society completely collapsed in a little less than a week, yet Gotham has been trapped for a year and things don’t seem all that out of the ordinary. It might be a testament to the sanity of the city and its inhabitants, in that a city like Gotham really only has so much mind left to lose.

The plot elements form a backdrop, though, and the real focus is on character. That’s where this comic really shines: when it’s focused introspectively on Stephanie herself. She’s dealing a lot with whether or not she even wants to be Batgirl after having abandoned the cowl for nearly a year. She doesn’t believe that she’s necessarily cut out for it and wonders if she even made that great of a Batgirl to begin with. Then she has to come to grips with why she was a chosen champion over Cass or Tim. It’s something that weighs on her quite a bit and her conflicting interior monologue is handled very well. Stephanie has always had these doubts, being far from the first Batgirl, and it fits her character to be so nervous about stepping back into it.

While Cass and Tim both have a large role in the issue, the focus stays cemented on Stephanie and there are at least strong interactions with both of them.

The action in the issue is actually the least interesting part, but is certainly serviceable and is conveyed very nicely by Rick Leonardi. Most of the fight between Cat Man and Grodd only serves to no doubt set up things that are coming later as the miniseries, as well as the event as a whole, develops.

The artwork accompanies the story well and they work in a fairly strong harmony where neither is more important or distracts from the other. All in all, it’s a fun first issue with a great sense of character that leaves a couple questions unanswered. But that’s all the more incentive to stay interested in this title as it unfolds.