Last week was a very good week for Batfans of Rocksteady and the Arkham franchise. The newest and best trailer so far was released on Monday announcing to the world that you will get to team up with Batfamily members in their groundbreaking freeflow combat system. I was having a crisis of faith, but this trailer helped to restore it.

Also, in some seemingly less sexier news, WB announced the Premium Edition of the game or the Season Pass, which presumably gave you access to tons of new content. However, WB provided very little information aside from pricing and availability. Without those crucial details and as someone who cares very little about DLCs (my consoles have never been connected to the Internet), I didn’t pay it much attention. Apparently, Batfans were clamoring for more details and last night, they finally unveiled more information via Facebook.

Earlier this week, we announced the Season Pass for Batman: Arkham Knight. While the story of Rocksteady’s Batman: Arkham Trilogy will come to a close on June 23rd, we are excited to continue telling stories and delivering more content to explore and play through in the 6 months following the game’s release. We’ll be building more narrative, more missions, more challenges and more characters and vehicles that we want players to experience, even though they didn’t fit into the storyline of Batman: Arkham Knight.

We’ve heard from our community that you want more information on what we’ll be delivering in the Season Pass. While we aren’t ready to unveil every aspect of the content we’ll be developing, we would like to share more detail now to give you a better sense of the scope of the Season Pass.

Batgirl: A Matter of Family
An all new prequel story expansion in an entirely new location where you play as Batgirl for the very first time in the Arkham series – check out the first render of Batgirl.

Gotham City Stories
Play as Batman’s key allies in narrative missions extending their storylines, from both before and after the events in Batman: Arkham Knight.

Legendary Batmobiles with Themed Tracks
Drive the most iconic Batmobiles from Batman’s 75-year history, on custom-built race tracks, each themed to that Batmobile’s specific era. Every Batmobile will be drivable across every race track.

Crimefighter Challenge Maps
Engage in a series of new challenge maps utilizing the unique play styles of Batman and his allies.

Character Skins
A variety of skins from across the eras for Batman, Robin, Nightwing and Catwoman.

As we fully ramp up development on the Season Pass, we will be sharing even more details on each monthly content drop. We hope you enjoy playing Batman: Arkham Knight as much as we’ve enjoyed making it.

Let’s take stock here. First off, we expected a few challenge maps and alternate skins for each character, right? Those are staples in any Arkham game.  A Batmobile DLC featuring different skins and and different tracks for each iconic Batmobile? That’s pretty awesome. Obviously, that’s never happened in any Arkham game, so that’s a welcome addition. Another DLC allowing you to play as different characters against more iconic villains? Sounds good. More is always better. However, the piece de resistance has got to the Batgirl DLC. Read that again for me… a BATGIRL DLC! I have no words. My vocabulary is failing me at the moment because I can’t seem to conjure up a word to accurately describe just how awesome this is.

On top of that announcement, here’s a quick render of how Batgirl will tentatively look in the game: 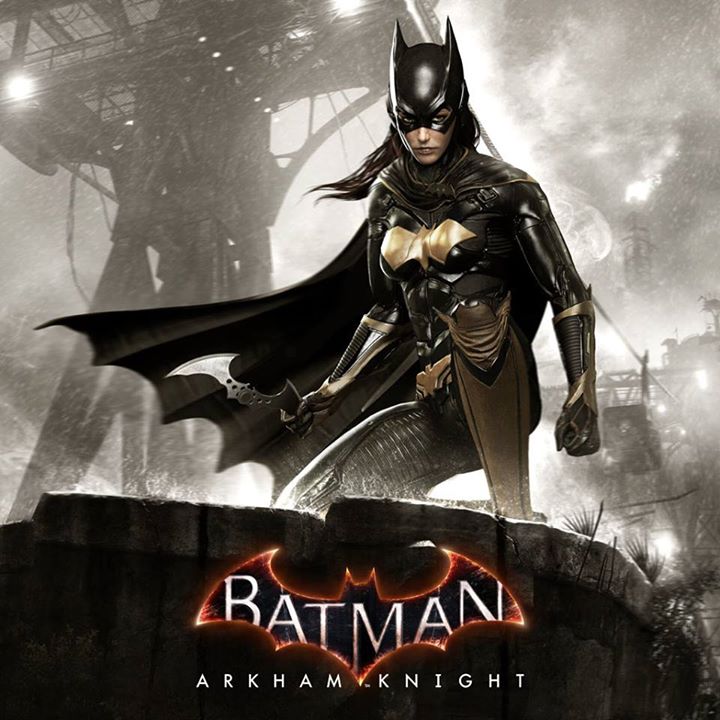 I will never doubt Rocksteady again. If you haven’t yet purchased the game, the Premium Edition will run you $99.99 and if you already have, the Season Pass will be $39.99 and is expected to last about 6 months.