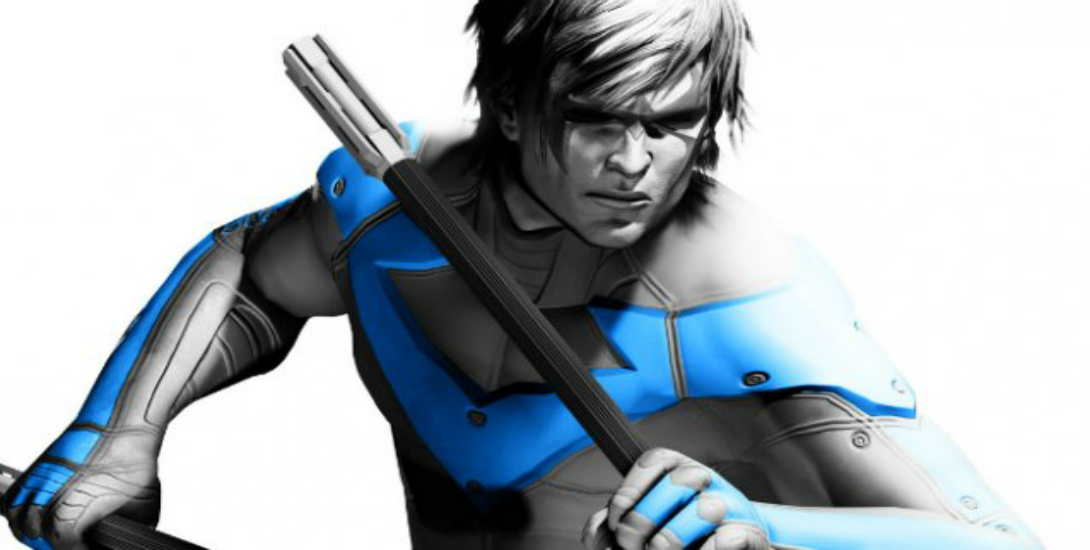 We’re just about 2 months away from Batman: Arkham Knight. Unfortunately, I’m under the delusion that this is all some cruel trick played by WB and Rocksteady. The constant delays and compensatory teasers have pretty much disillusioned me altogether. But there is a small ray of hope. Maybe the trailer premiering tomorrow will be incredible.

Over the last few days, WB and Rocksteady have released 16-second teasers to build up anticipation the next full trailer. On Friday, they teased at Azrael (His feet for cripes’ sake) who appeared in Batman: Arkham City as a very short, anticlimactic side mission. And it looks like, they’re ready to finish up that loose thread. Saturday teased the return of Catwoman who was not only playable in City, but had her own story to play through.

Another big character is teased today, check it out:

That looks like Nightwing made the decision to restrict his head movements with a… turtle neck of some sort. Not a big fan of that, but if this means Nightwing will be playable outside of a few challenge maps, then by all means give him a neck brace. Hell, you can even put Disco Nigthwing in there if I can play as him.

I guess we’ll have a better look tomorrow when the full trailer comes out.

What do you think? A nice addition to the games? Or just more challenge maps? Let me know.

Batman: Arkham Knight will hopefully be released on June 23rd.