Synopsis: Batman discovers who’s been murdering the inmates of Arkham Manor, but how will he be able to bring him to justice if he’s trapped inside with them? 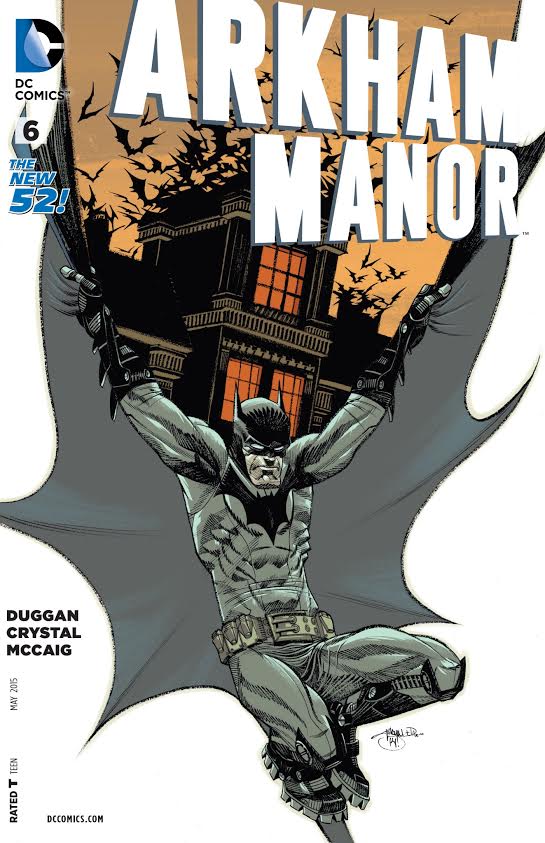 Arkham Manor comes to an end (or does it?) this week with issue #6. Batman has caught the monster that hunted the walls of the manor, and is now after one of its newest inmates, Seth Wickham. This takes the Dark Knight into Gotham city for a great school break-in that puts the man behind bars. This week’s issue also concludes the story of Jack Shaw, for now, as the real body behind the name is laid to rest in respectful fashion.

I enjoyed the run of this story but felt like it ended on somewhat of a whimper. Not much happened this week, and we are in the somewhat same position as we were 6 months ago. The manor is still in the care of Arkham, Batman has suspicions of the main man running the place, and Mr. Freeze is still cool.

Writer Gerry Duggan has put together a nice little story, illustrated by Shawn Crystal to perfection. His style is very sketchy, which walks a fine line between artistic and sloppy. He masters the artistic. I’ve had no problem with the art or story for all 6 issues.

However, maybe this story hasn’t ended? Next week, we have a wonderful tie-in Arkham Manor:Endgame #1 that may answer all of the questions we still have. DC has already released a synopsis:

What do Batman’s villains do on the craziest night in Gotham City? And who will survive when the madness of Arkham Manor spills into the streets? 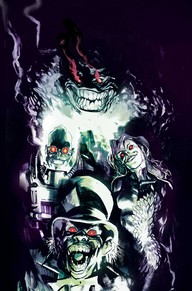 What will Gotham’s rogues do on the streets of Gotham? We’ll find out next week for sure… unless this is the Joker’s April Fool’s joke.

Will ‘Suicide Squad’ Head to Arkham?