Synopsis: This month in BATMAN ETERNAL: The epic Bat-story over a year in the making comes to a stunning end! Gotham City is in flames! Villains are running wild in the streets! Bat-tech has been corrupted! And the mastermind behind it all has put a knife in Batman’s ribs! How will the Dark Knight put an end to this nightmare…and how will it shape the face of Gotham City to come? 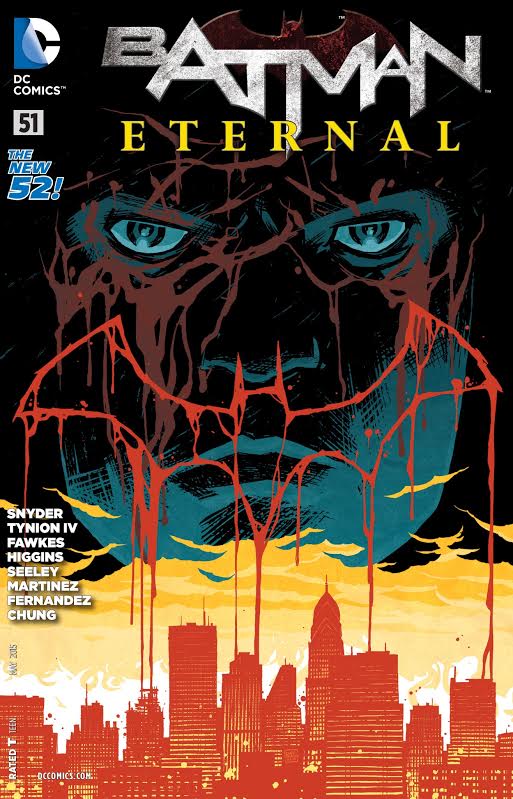 Oh Eternal writers how you have tricked us fans. If you have already read this week’s issue, you know what I’m talking about. If you haven’t, stop reading, go get the issue and come back later. We can wait.

All right, caught up to speed? Because I’m going to be doing a hella-spoiler here. We left off last week with the Cluemaster revealing himself as the man behind the plan the past 50 weeks, in a story spanning the globe and involving nearly every character from the Batman universe. As I had predicted, this week he explains his motives, plans and scheme. He even finds out that Bruce Wayne is the man behind the cowl! Most of us readers know what has to happen next, we just don’t know how. Lucky for us, Cluemaster takes too long explaining his big plan, which (presumably) costs him his life by a villain we haven’t seen in a while, but is all too familiar to recent Batman fans. 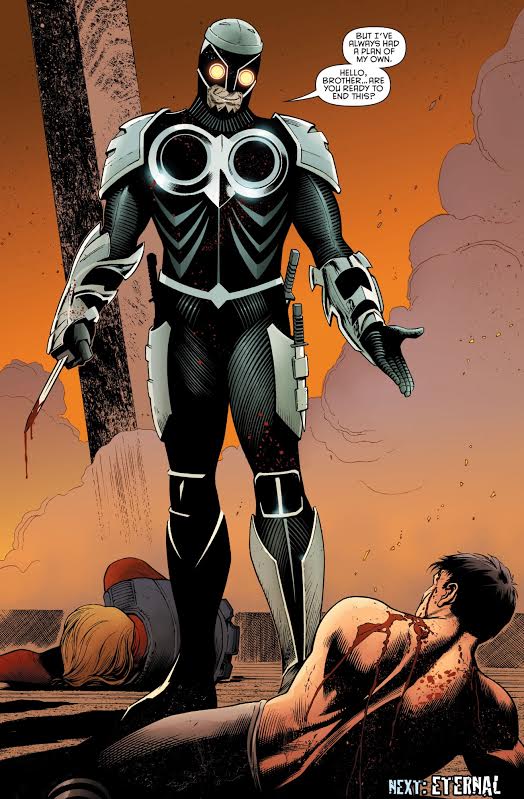 Yep, Thomas Wayne, Jr. We haven’t seen him since his big battle with Bruce back in Batman #12. Like last week, we get a big reveal on the last page, having to wait 7 more days to get some answers.

This was an AWESOME reveal. I had a hunch we weren’t done yet with the surprises, and why wouldn’t we get one more in the penultimate issue of a year-long series? Hell, why won’t we get ANOTHER next week in the final issue? So many questions left unanswered.

Great dialogue and great pacing by the team of James Tynion IV & Alvaro Martinez. The team behind the story have really knocked it out of the park, and I’d be repeating myself if I continued on.

Great job team Eternal, give us one more.