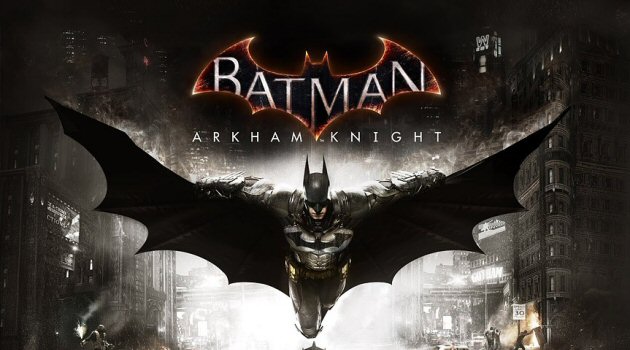 Batman: Arkham Knight will be released in just about six months and the wait has been agonizing so far. Rocksteady seems to understand our struggle and continues to send us new things to whet our appetite and tide us over in the meantime. However, to tell the truth, nothing short of playing the game will be enough.

For reaching 3 million Facebook “Likes” last week, the Batman: Arkham page released a handful of screenshots. They are very tasty, if I do say so myself. Nothing groundbreaking, but we’re getting more and more glimpses of a truly next-gen Gotham City. It’s pretty spectacular stuff. Loving the street signs and the Gotham propaganda posters, like the one asking if Batman is “Good for Gotham.” These little things are worth surveying now, because I will likely not be paying that much attention when I’m playing. 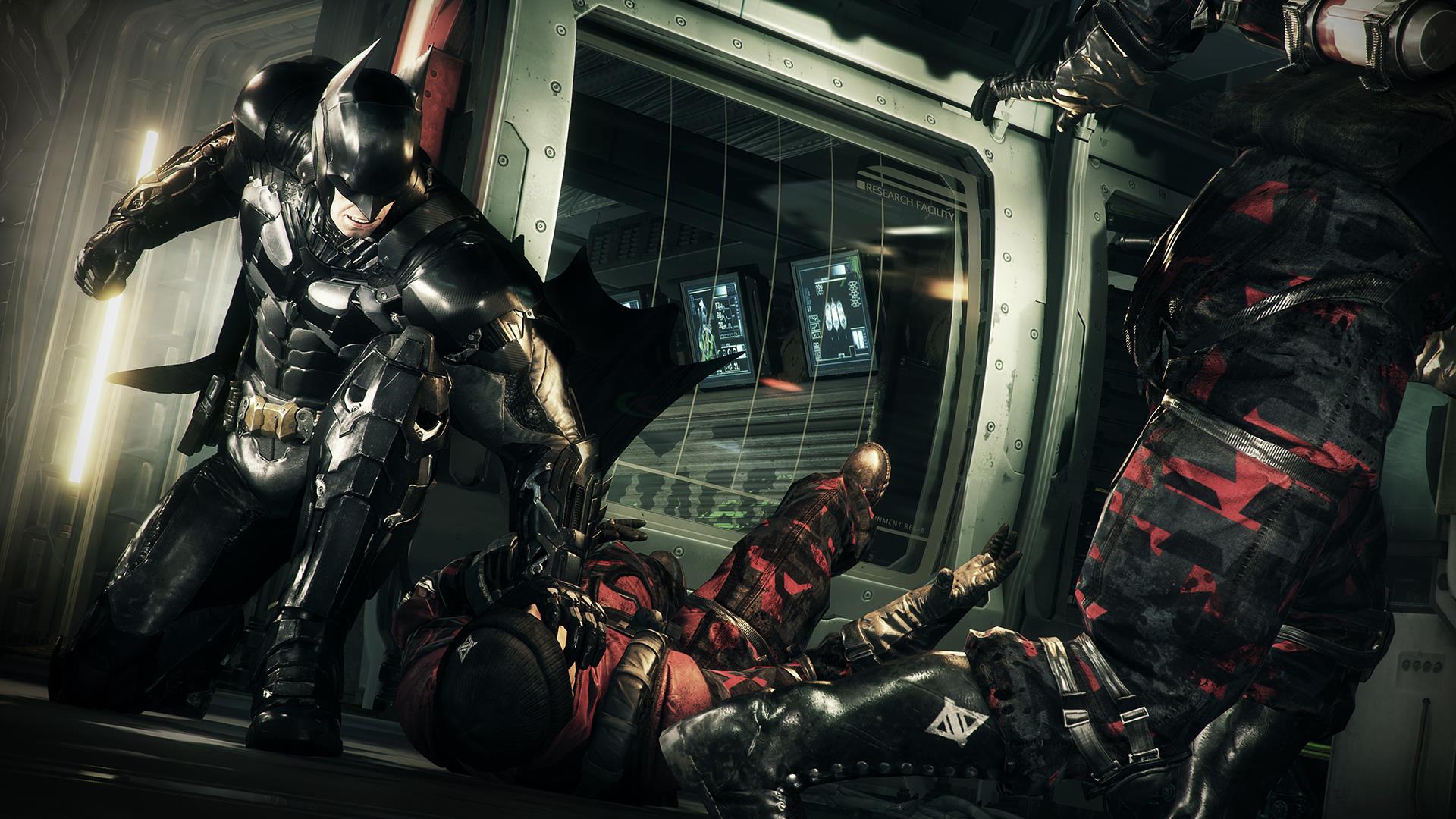 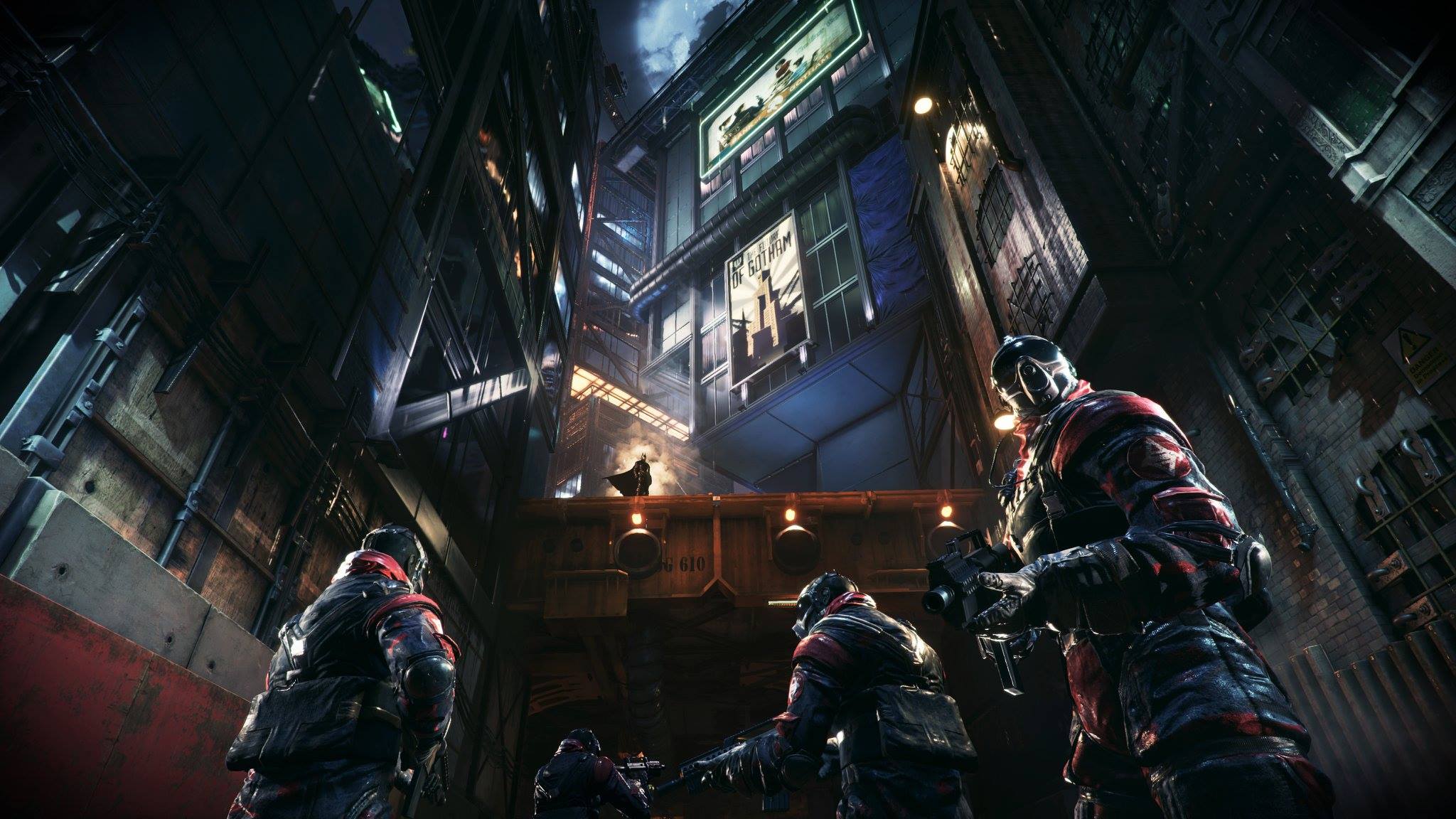 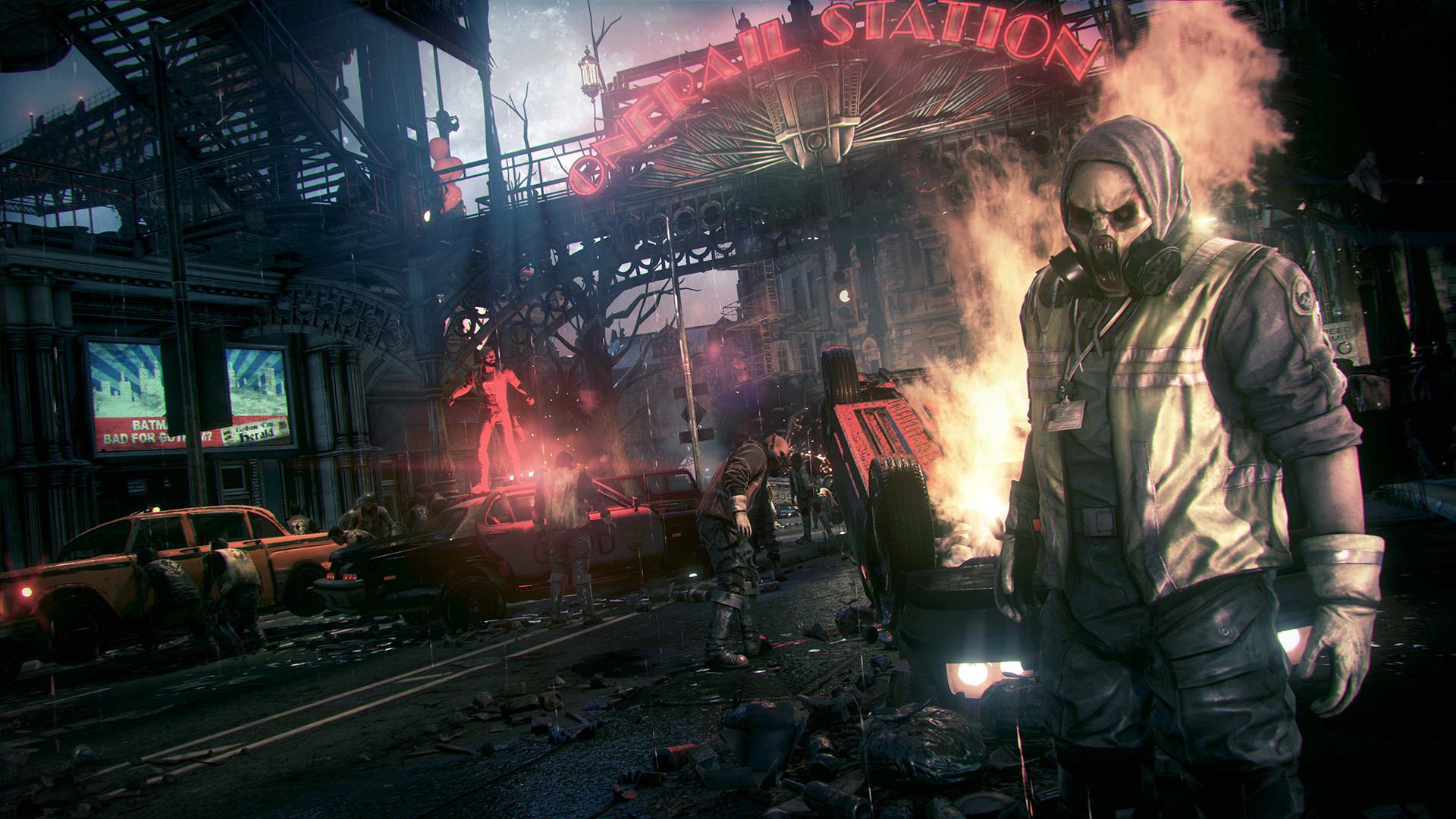 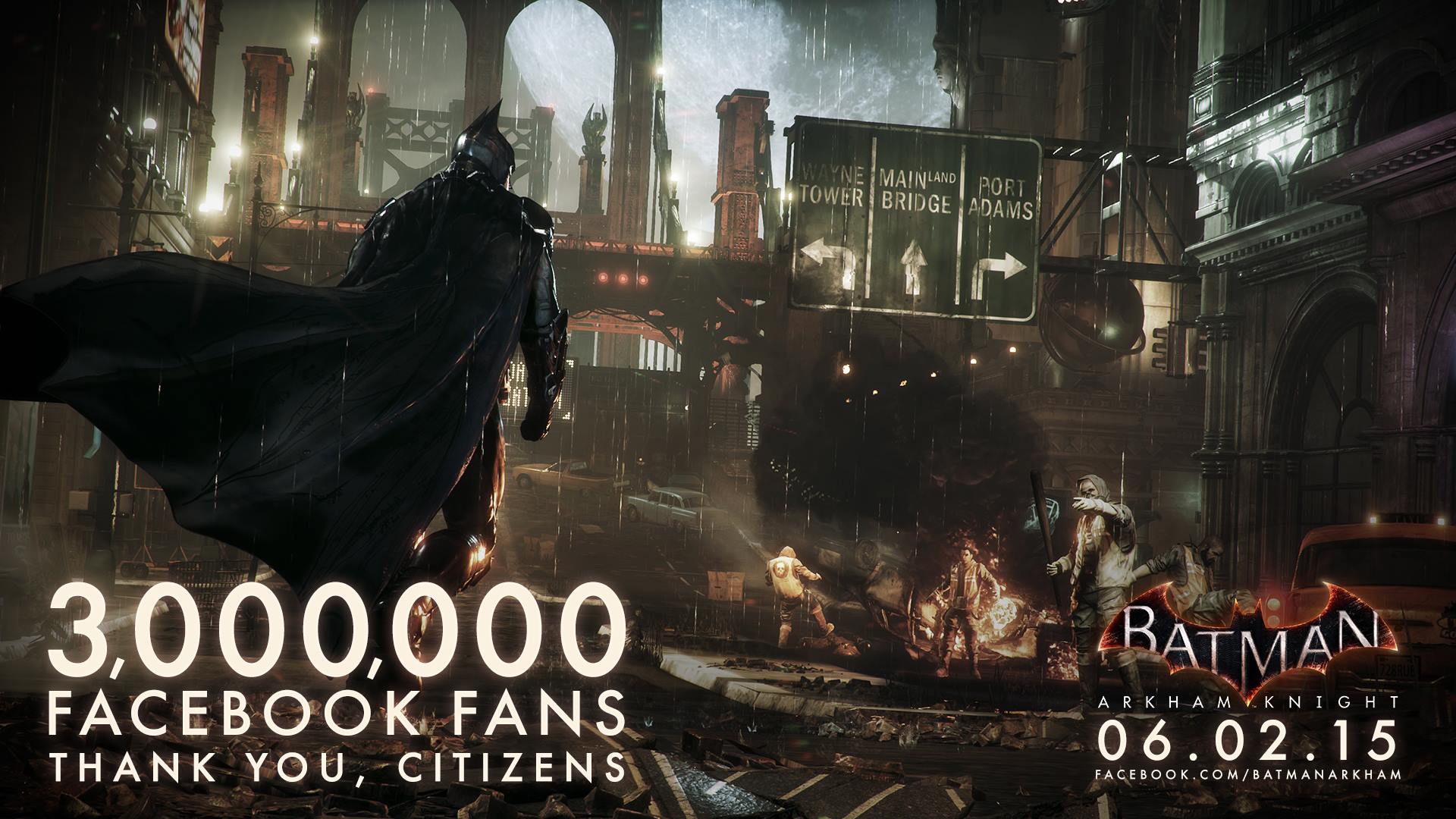 Pretty sweet, huh? Loving the lighting and colors so far. There’s a lot of rich detail, so be sure you have time to really soak it all in.

What did I take away from these screenshots aside from the beautiful graphics? Why did it take this long to reach 3 million? Batfans be slacking.

Unfortunately, Rocksteady’s farewell to the Arkham franchise, Arkham Knight is scheduled for release on June 2, 2015.