Gotham Review: What The Little Bird Told Him 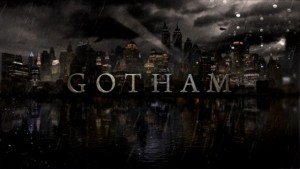 (Before I begin, please note that this review may contain some spoilers for Gotham Season 1, Episode 12: “What the Little Bird Told Him.” If you haven’t seen the episode yet, you might want to tread carefully moving forward.)

This week’s Gotham delivered on plenty of promises that the show offered in past episodes. From last week’s promise of a showdown with Jack Gruber/the Electrocutioner to plotlines that have been building for most of the season (*coughLizacough*), there was quite a bit of payoff in “What the Little Bird Told Him.”

That’s not to say that there aren’t still moments of excitement and suspense to be had from Gotham, however. After a somewhat lackluster midseason opener in last week’s “Rogues’ Gallery,” “What the Little Bird Told Him” was the show reminding us that it still has the power to shine. And while I wish we could have gotten a bit more of Jim Gordon at Arkham Asylum, his impending return to the GCPD will most likely bring the show back into its typical stride (something which was definitely missing in “Rogues’ Gallery.”)

I’m interested to see what becomes of Fish Mooney in the coming weeks– is it too early in the season for her to meet her demise, or will the series leave a bit of room before season 2 to explore the aftermath of her fall from grace? I wouldn’t put it past Falcone (and especially Penguin) to off her at this point– particularly having just seen Falcone finally starting to flare up and show his muscle, both proverbially and physically.

Hopefully, “What the Little Bird Told Him” will be one of the Gotham episodes that truly affects the show’s mythos and trajectory going forward (there’s a love connection for Gordon that I don’t recall seeing explored in the comics, and I’m curious where they’re going with it), and not just a blip in the series’ radar.