On Monday, October 27, Cartoon Network will air a special one-shot movie in the form of Lego DC Comics: Batman Be-Leaguered. Written by Jim Krieg and produced by Brandon Vietti, this special ties in to the upcoming video game Lego Batman 3: Beyond Gotham, which hits shelves November 11. From the sound of the synopsis (see below), it seems like this may bridge the gap between the second and third Lego Batman games. Or it could just be cutscenes taken from the upcoming installment, much like Lego Batman: The Movie was essentially the cutscenes from Lego Batman 2 released as a film. However, that assumption may be for naught, as I’m not sure they would want to spoil the plot of a yet-to-be-released game.

Lego DC Comics: “Batman Be-Leaguered”
Monday, October 27 at 6:00 p.m. (ET, PT) on Cartoon Network
Batman prides himself on being a loner, a totally self-sufficient one-man-band. Just ask anyone; Batgirl, Robin, Nightwing, Alfred… anyone. So, he is understandably irritated when his nightly cleanup of Gotham City villains is interrupted by Superman, who pesters Batman to join his new superhero team, The Justice League. After Batman makes it quite clear to the Man of Steel that his invitation has been declined, Superman flies off disappointed… whereupon he is overcome with a strange energy and vanishes!

Stay tuned to DKN for more info, as the voice cast has yet to be revealed, though they are most likely the same actors as in the game. I also wouldn’t doubt if this sees an eventual home video release. 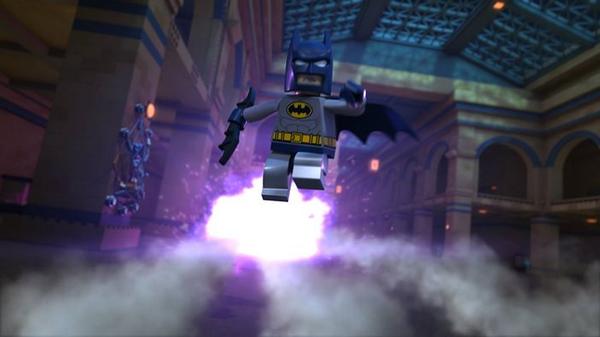