Metro Calgary broke a world record in an effort to raise money for charity. All the staff from a local oil and gas company (542 of them) all reported to work in a full Batsuit, yes that’s right a Batman costume! In doing so, the organisation entered the Guinness World Book of Records.

“We blew apart the old record,” organizer Dave Kelly told Canada’s Metro. “There was no comparison (to) the greatness that we were.”

If that wasn’t enough the employees, while outside of their headquarters danced to the famous “YMCA” (Village People). Everyone had to stand still while a representative from the Guiness World Book of Records confirmed the number of people, it’s safe to say the previous record was blown apart with the old count being 250 people.

They are now officially known as the record holders for “The Largest Gathering of People Dresses As Batman”. 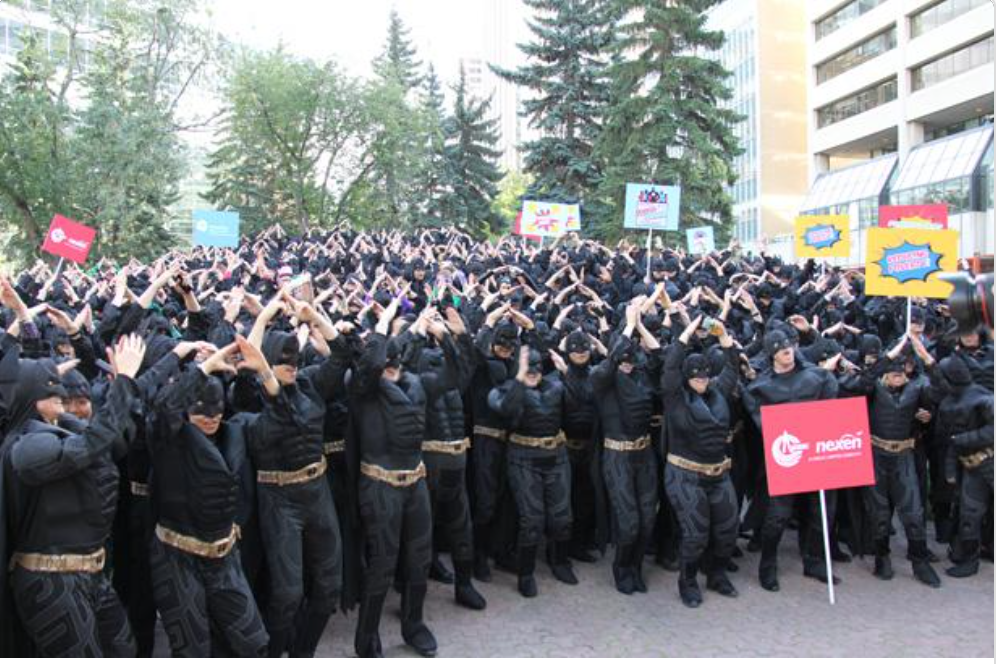 J.J. Abrams vs Zack Snyder: The weird face-off we are enjoying continues